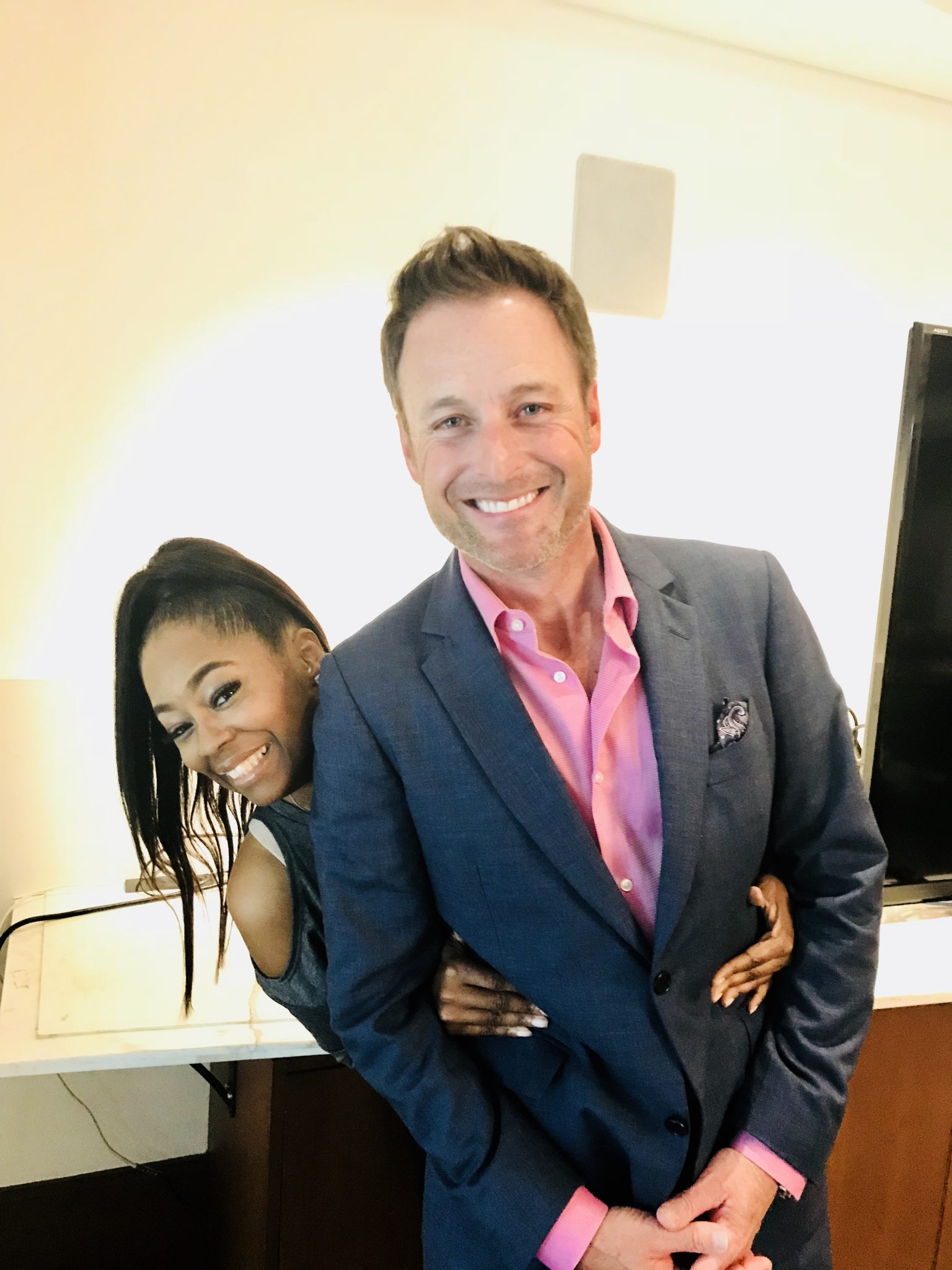 I have a lot of girlfriends that LOVE “The Bachelor” and if you have never heard of it, then you have been living under a rock because it’s one of the biggest franchises out there! While out in Los Angeles, I had the opportunity to sit down and chat with Tv Host Chris Harrison about his latest project, The Bachelor Winter Games. It’s the perfect time to launch this new reality show because the Winter Olympics are going on right now too! We saw a funny sneak peek of the show and got to ask him many squirmy questions, it was hilarious but he answered each and every one of our nosey questions like a true champion! Check out what he had to say about the new reality show, The Bachelor, the cast old and new and so much more! 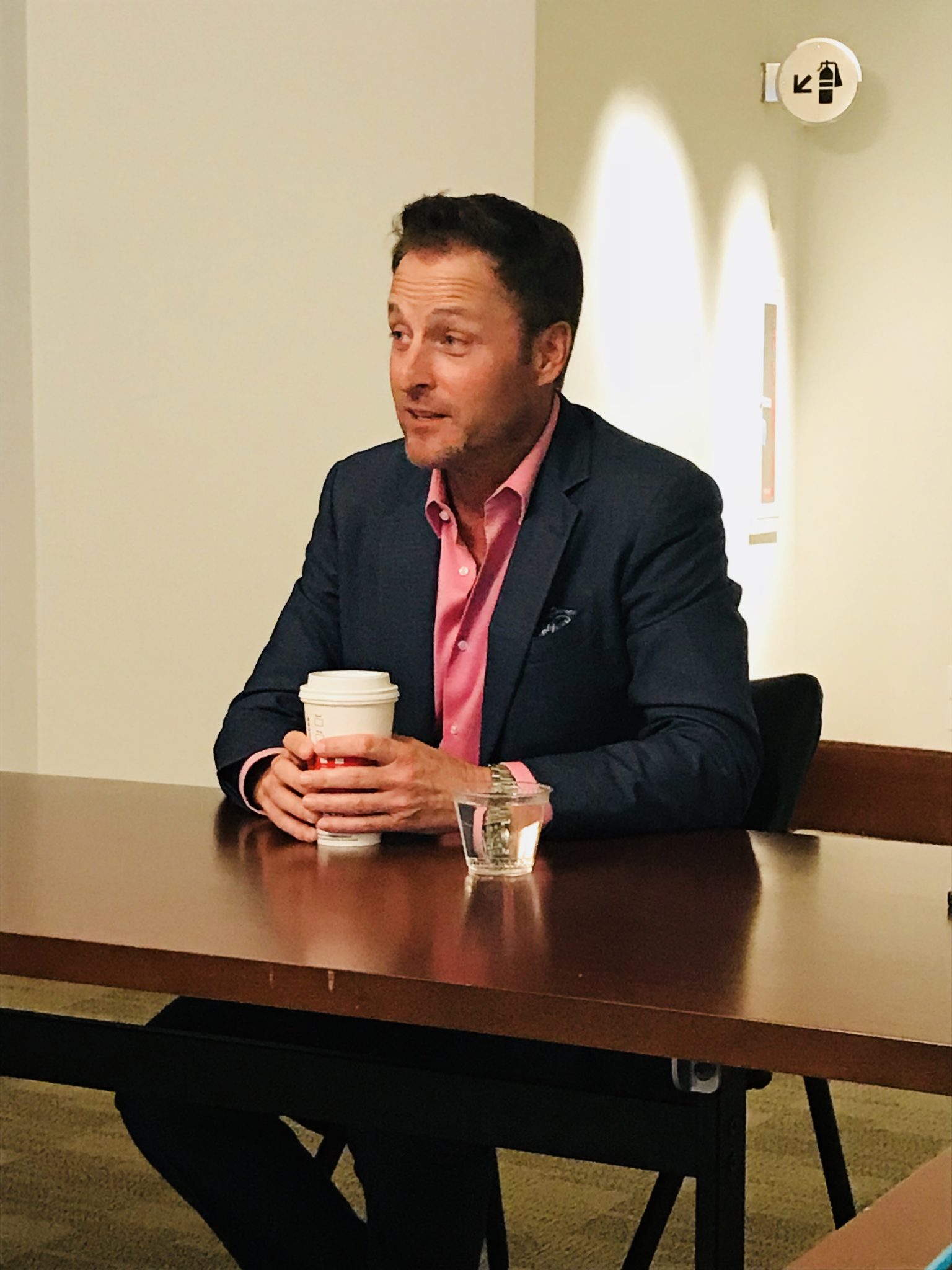 So what was the inspiration for the The Bachelor Winter Games?

Chris: Here’s what we’re gonna start with. Let’s make this Global Celebration of Love. OK, let’s define that and figure out what that means. And so what we figured out was, The Bachelor is a phenomenon here obviously in the United States and it’s one of the biggest franchises in the history of TV, and it has been for almost 2 decades.  But it’s actually huge around the world and I’m not sure you guys know that but a lot of people don’t know that from all corners of the world from Japan, China, Finland, Sweden, from Russia, the UK, and Australia and New Zealand and Canada.

And so, we have all these franchises around the world. And so we thought how do we kind of open the door to that?  And how do you kind of take advantage of this huge phenomenon, not just in the States but around the world so we thought, let’s bring out our Stars a la Bachelor’s Paradise.  But then let’s get Stars from around the world.  And so that’s what we did.  We kind of decided it would be this pseudo Olympic Village where we’re gonna get the biggest Stars from around the world join the biggest Stars from our Show, bring them together, let them live in one house, let the mayhem ensue.  And then for some reason, let’s put these people on Skis cause most of them have never skied.

And let’s do a Buy Up one where they have guns, paintball guns which I’m like, I’m not gonna put a gun in Clara’s hands. That’s just not smart. That’s actually the Cryer.  Claire is the one that talked to Raccoons.  You’re gonna have to look back at some old shows to understand what I’m talking about.  It’ll make sense if you watch.  And it’s not even close to the weirdest statement I can make.

So now that you’ve done The Bachelor for so long and you have the Winter Games, can you say what you prefer?

Chris: I mean, I hate to say this out loud to people that are only gonna write this but Bachelor Winter Games may be some of my favorite television we have ever produced.  It’s that good. And I don’t know if anyone’s gonna see it.  It’s on against the Olympics.  It’s on against some tough competition. It’s only a 2 week run.  But it’s one of those things, I would love to have good ratings.  I’m not even necessarily caring at this point because it’s so damn good, it’s so good. And you guy saw a little bit, a taste of it but it’s phenomenal how well it turned out and it was exciting.  It was fun for us to be just really producing on the fly, coming up with great ideas and you see this stuff work and the concept worked.

And so it was phenomenal and so I’m excited.  Hey look the Bachelor and Bachelorette always gonna be my baby.  It’s changed my life on many levels so that’ll always be my favourite but this was really fun and I haven’t had this much fun in a long time.

My Question: With the process of picking people out, do they go through an extensive Medical background check because they’re kissing on each other.

Chris: Well first of all, you can do whatever you want. You don’t have to kiss anybody and you’re not under contract to touch or be touched.  But to your point, yes. Everybody goes through very stringent tests of all kinds.  Believe it or not, Mental as well.

Look, let’s be honest. There are some grey areas but let’s also be honest. If I lock the doors right now, half of this room is crazy. And when I say half, I mean 75%. So it’s really numbers. It’s a numbers game.

Do you keep up with the folks that have been on the show?

Chris: “I do. A lot of them. Whether intended or not, I run into a lot of them, like I was at a concert last Monday and ran into Kristina Schulman and just ran into Graham Bunn who’s a DJ here in town. But a lot of them are my friends whether even back in the day, it’s Trista and Ryan are dear friends of mine, and Andrew Firestone is one of my closest friends. Bob Guiney, and even now Ben Higgins and I talk all the time, Kaitlyn and JoJo.”

Yeah, one of the weirdest things about this job is I’ve had 16 years of these people that have come into my life and that I’ve taken care of.  I’ve married some of them and watched them have babies and created these families with them and on the off camera side, we’ve had deaths and divorces and love affairs and marriages.  We’ve kind of done it all and that’s not even the Television Show. And so yeah, we’re kind of a traveling band of Gypsies in this family that’s kind of stuck together, which is pretty special. It’s neat.  I have some really good friends because of this show.

Are you thinking of doing a Bachelorette with a Single Parent?

Chris: We’ve done that. Yes we’ve had, I know Jason Meznick is the first one that pops up to mind.  I’m trying to think, oh Emily Maynard. Yeah, whose Fiance at the time, passed away.  She had Little Ricky at the time.  So yeah, we’ve had a few and obviously, we have Parents that are on the show as one of the 25 or 30 Bachelorettes.

How many applicants do you get for each show?

Chris: It depends. Thousands and thousands. But also, we cast now 24/7. I mean, 12 months of the year we’re casting.  And we have this kind of Rolodex built up. Say out of the blue, Ari’s our Bachelor. Well maybe we have a girl who a couple of years ago, we ran into and she’s like yeah, who are you interested in? I always loved Ari. You remember that girl we met in Kansas City who loved Ari, I think she’ll be great. We’ll go back and we’ll reach back into the well to find people or maybe someone had a boyfriend at the time or a girlfriend so long story short, the casting is huge. 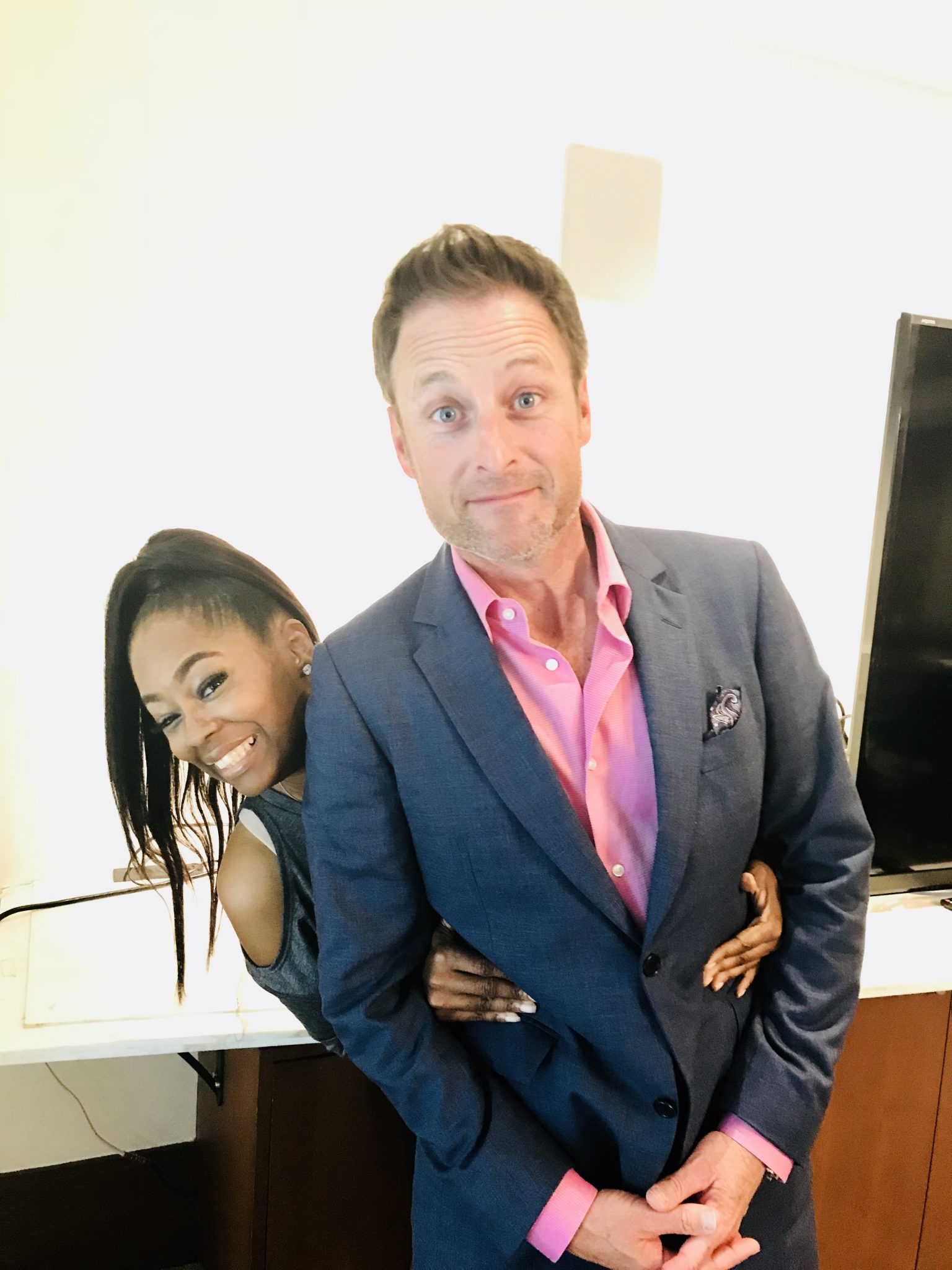 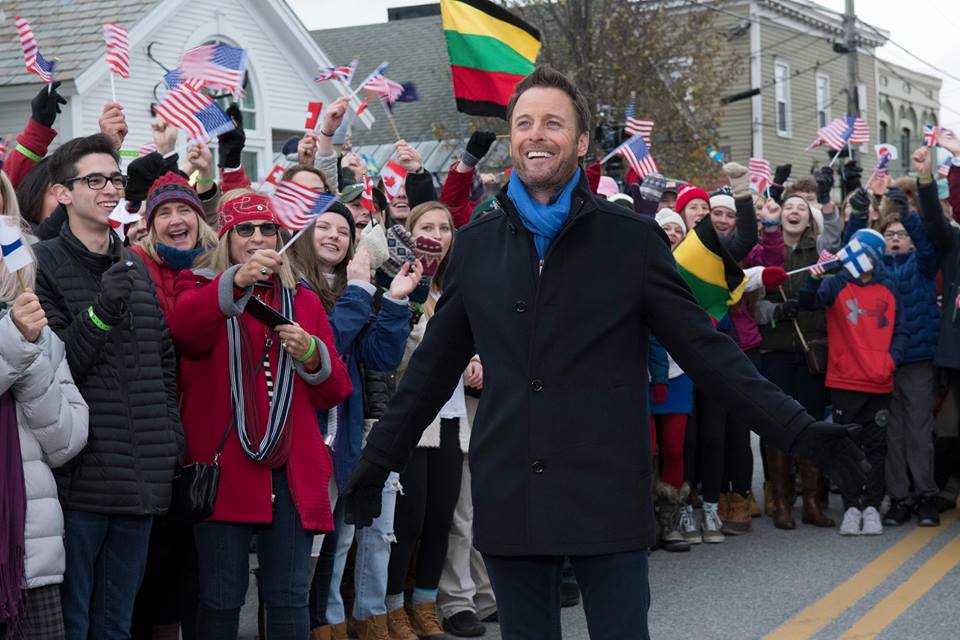 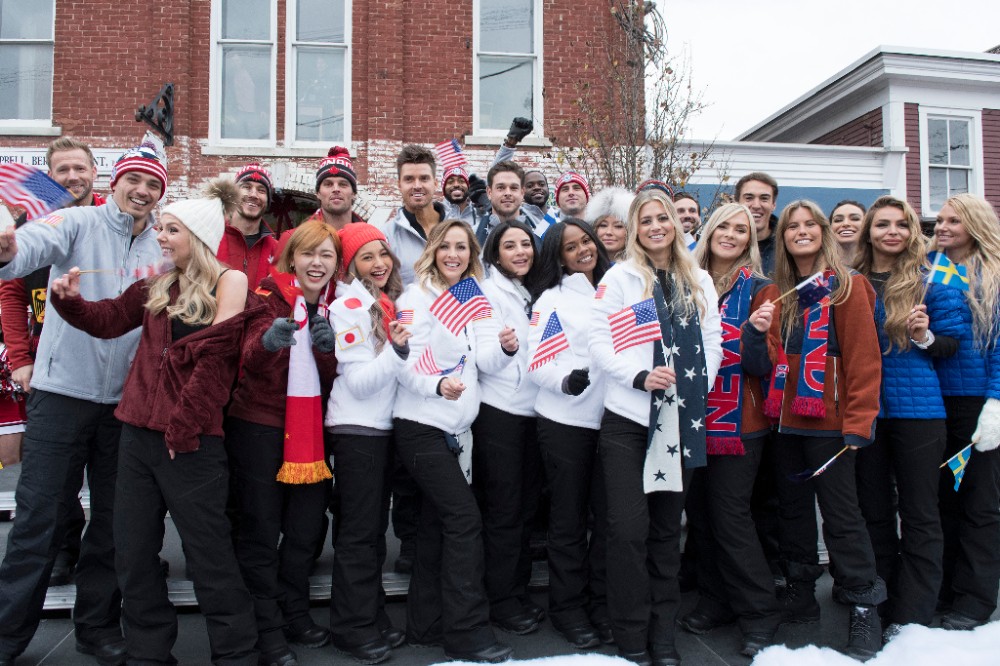 The Cast of The Bachelor Winter Games… 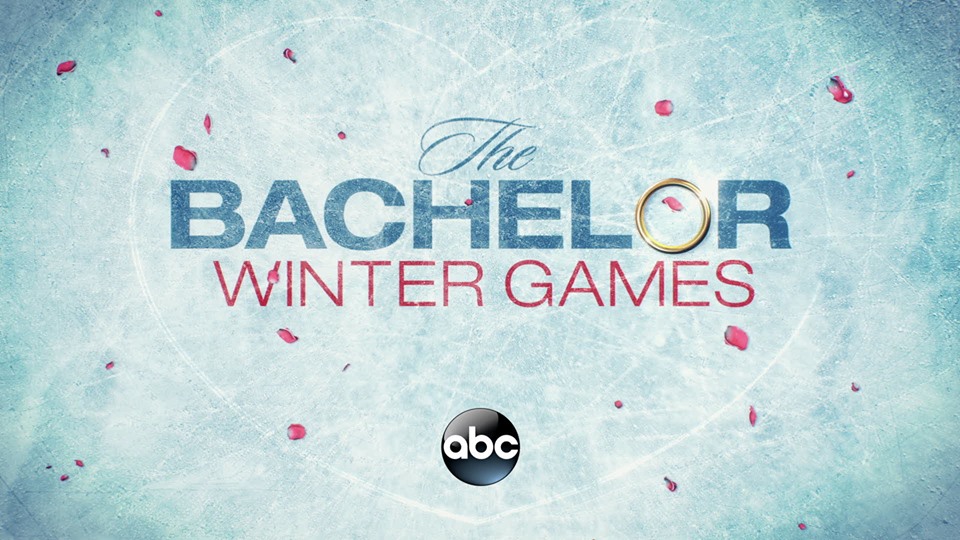 The hottest show on television is about to get cold. Get ready for #TheBachelorWinterGames Tuesday at 8|7c on ABC!