It’s not every day that you get to sit down and interview an Oscar winner! But I did just that while out in Los Angeles on a press trip with Disney. They gave us bloggers the opportunity to chat with Award Winning Actress Lupita Nyong’o about her new film, Queen of Katwe along with her co-stars Madina Nalwanga(Phiona Mutesi) and Martin Cabana(Phiona’s brother Brian Mugabi). They were all a delight to listen to and they told us their fun stories about working together, favorite scenes in the film and so much more. Check it out inside…

Were there any scenes that were especially touching for you?

Lupita: Touching, my goodness. Um, what wasn’t touching? I do remember once we were about to shoot the eviction scene, where we all get evicted and I was sitting in our tent where we’d wait and these two were very quiet as well and they were quite pensive and I asked them how they felt. They both mentioned how this was their life. You know, they both experienced evictions in their past and I just remember being really moved at how this, the artifice was reflecting a real life in Phiona, but also a real in both of them and that they were having this chance to tell their story! To bring it to a larger audience that would understand the challenges of poverty.

(My Question) How did you feel when you saw your Vogue cover?

Lupita: How to bring words to that moment.I was just so touched when Vogue said they wanted to do another cover with me, I was like elated, then they said, you know, we would love it to be about you in a different kind of way and they were interested in doing a trip to Africa. Then I said the only place go was home, you know. It’s home and, and the place that means the most to me is my village, Ragda, where my grandparents are and it’s my ancestral home and I spent my vacations there as a child and it’s where my whole extended family would come together and we’d pass the holidays together and so to see that place, that light, that equatorial light on the cover of Vogue and to find my grandmother in the pages inside, I mean, I was just like! It was everything I hoped it would be. Kenya is known to be a tourist destination.

I mean, we have all the wildlife and that attracts thousands, hundreds of thousands every year, but Kisumo, the Western part is no a tourist darling at all, and yet, it’s magnificent. I think it’s magnificent with the rock formation of Kitmekai and, and just the colors. The Lake Victoria. The fishing. It’s the thing that actually brings Uganda and Kenya together. We share the Lake Victoria and we shot Queen of Katwe on one side of Lake Victoria and you see that in the film and then the Vogue shoot was on the other side of it, and so for me, that was a tie-in and it was a thing that brought the film and me being on the cover together.

Martin: My favorite scene is where I run for the chicken! It was so work for me because all the time I was eating chicken which was not in my diet.

Lupita: I was trying to teach them about when I made this mistake of twelve years when they give you food, you can’t eat too much of it because there’s going to be so many takes and you’re going to be sick by the time you finish the scene and I wasn’t there for that scene, but we had a scene where we had to eat this stew and the art department made this stew so good, so all the kids were just like, scarfing it down and I was like, guy, you’ve got to slow down because you’re not going to make it and then before you know it, and they didn’t want. By the time we’re shooting the thing, they’re like, pushing it away. They didn’t want anything to do with it.

Madina: Yeah, so with me, my favorite part in the movie was seeing David running around doing the cat and dog scene because not in my life, I’ve never had someone who has time for me, who has time for all of us. Like, he had time for us, so he could do the cat and dog playing for us and I looked at him. It was fun for me. I liked it, but I felt it because I felt it because ever since, for all of my life, I’ve never had someone like that.

Martin: Another scene that I liked in the movie is the flood scene. I like Mama doing it. She was so real and me, I didn’t have that power of crying, but she made me cry in that scene because she was so real.

Lupita: It was, it was really cold and, and we shot that in South Africa over four days and it was the winter time in South Africa, so it was a little shy of thirty degrees so we would get to set, get into our costumes, go into a hot tub, get wet and then go into this freezing cold water all day and every time they said, cut, we’d run to this hot tub. Then just sit in and then we got all muddy because of the mud in the water and we’d just sit there and like, sing and, and talk and play until we had to go again.

Martin: Yeah, I also had another second scene. Yeah. This scene where by here is to be knocked by a boda boda (motorcycle). It was so bad for me because I’ve never experienced that because me, because it has ever knocked me. I had an accident with a car when I was little, so I saw a human being knocked down, so I knew it happens and how it feels to see someone in that much pain.

What was it like to work with Davie Oyelowo?

Medina: My favorite part of the movie was seeing David running around doing the cat and dog scene because not in my life have I’ve ever had someone who has time for me, who has time for all of us. Like, he had time for us so that he could do the cat and dog playing for us and I looked at him. It was fun for me. I liked it, but I felt it because I felt it because ever since, for all of my life, I’ve never had someone like that. And he had time for us, so I respected him, his time and I enjoyed watching what he was doing for us, and it was so amazing to see him jumping. Jumping over the bed, collapsing so that was my favorite.

Martin: One scene that I liked in the movie is the flood scene. I like Mama doing it. She was so real and me, I didn’t have that power of crying, but she made me cry in that scene because she was so real. 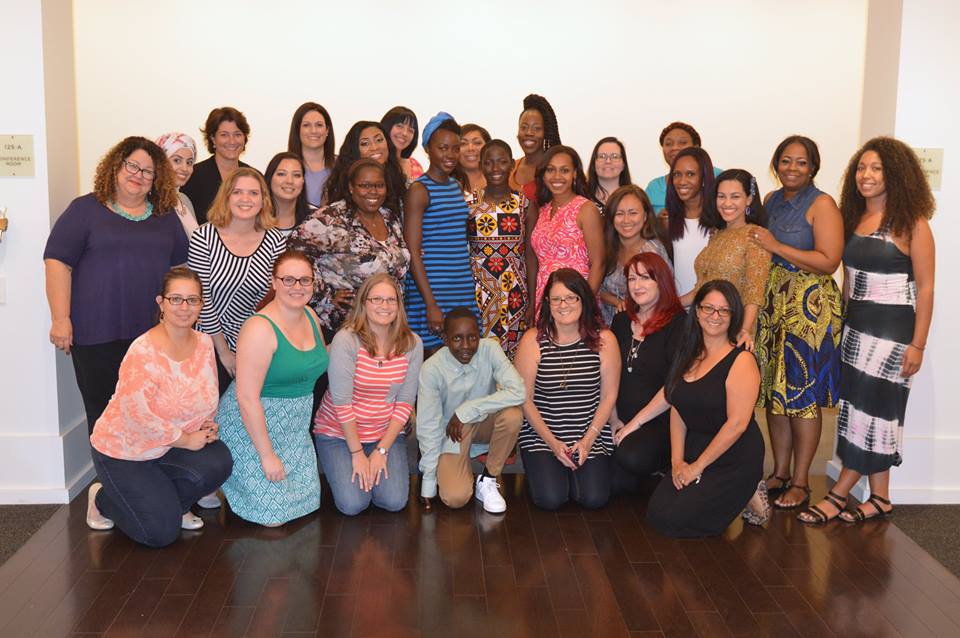