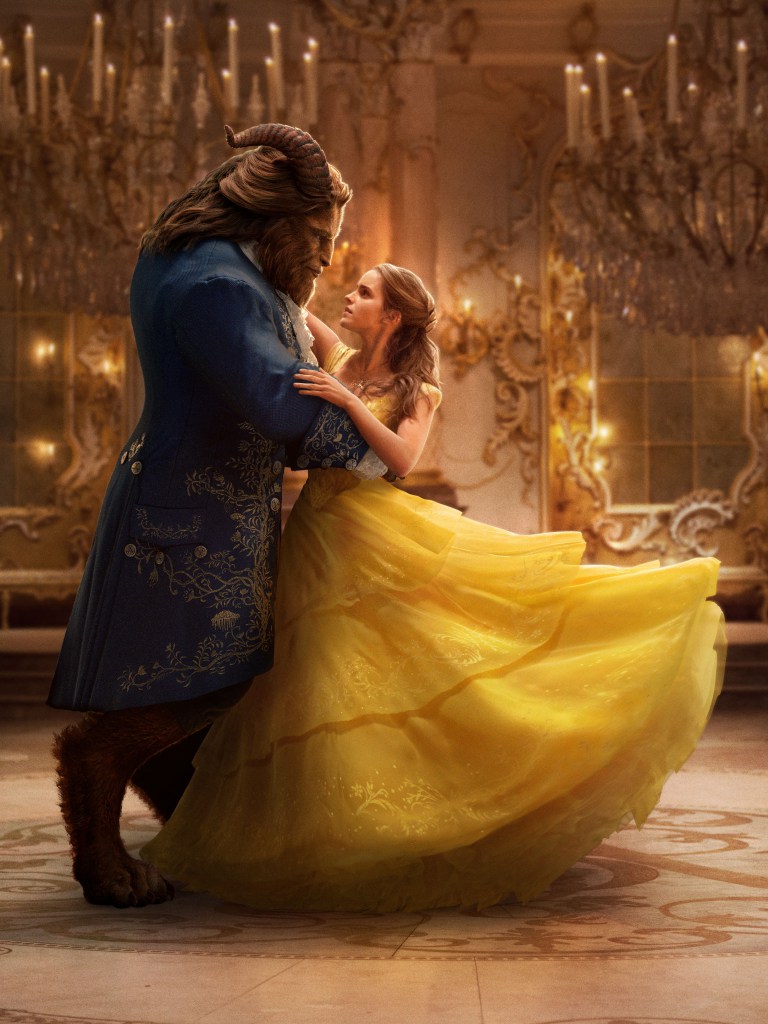 You guys have no idea how excited I was when I found out that while out in Hollywood, I would get the opportunity to be in the same room with Actress Emma Watson (who plays Belle) and Actor Dan Stevens, who plays The Beast / Prince Adam. I was doing cartwheels in my head when I found out the great news! We got a chance to sit down with them and fire questions at them about their roles in the iconic Disney film Beauty and the Beast. They were so wonderful to talk to and told us everything we wanted to know about working together, the iconic yellow gown, and so much more! Check out more pics and what they had to say inside… 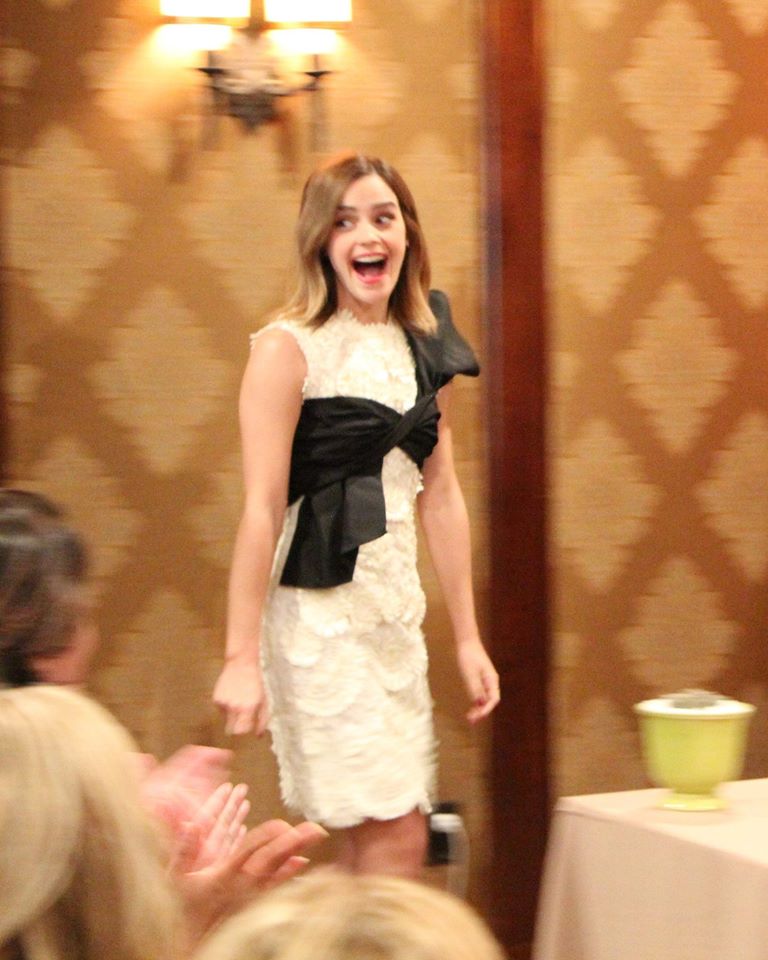 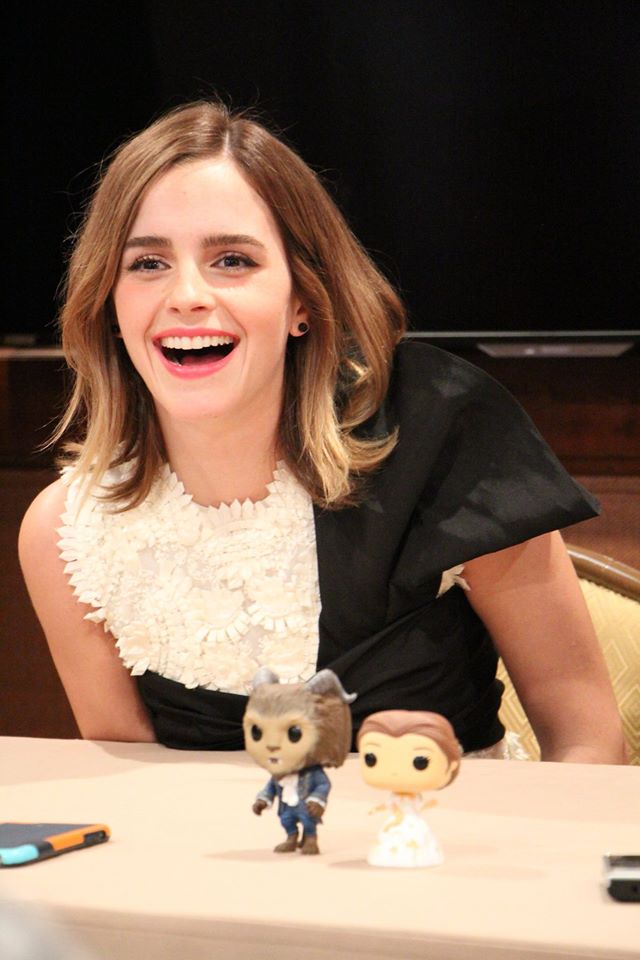 What is so beautiful about Belle’s character?

Emma: “What is so beautiful about Belle is that she is so non-judgmental it’s her ability to see beyond the surface of things and to understand that everyone has a story and you don’t know what that story is. Too look into things before you make a judgement. There’s a compassion and empathy there. Which is kinda a relief.” 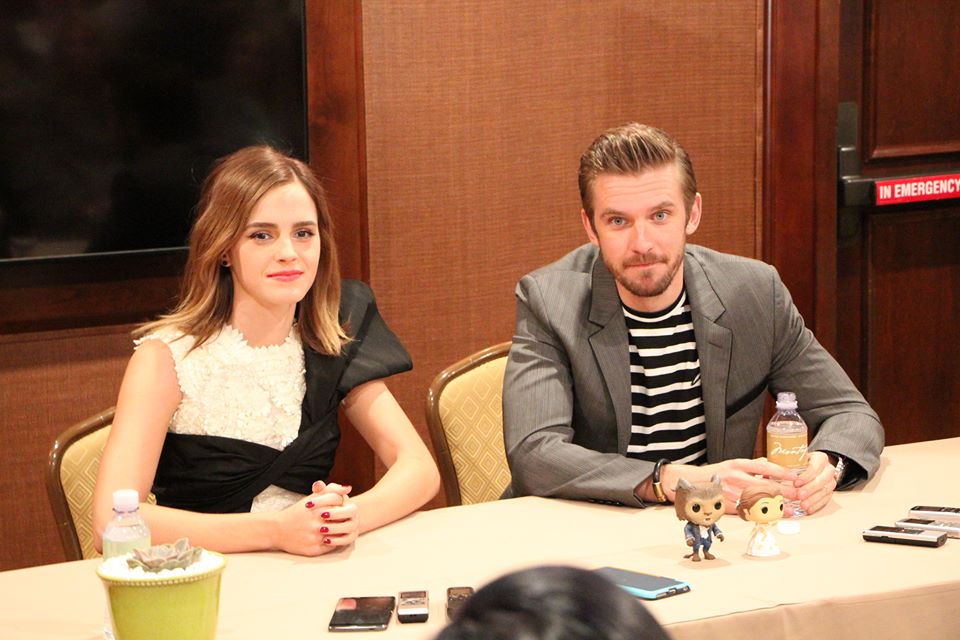 Emma: It was kind of amazing! With Belle, it’s a fairytale; I play kind of an archetype, really. She’s more of a symbol than, the kind of the way that I got into character and I sort of started to feel like I was understanding her really well, was through her costume, so it was like working on putting together the boots that she wore and, she had kind of these slightly scruffy socks, and she had the bloomers underneath her skirt which meant that she could swing her leg over a horse.

And creating the kind of tool belt that she has on for when she’s inventing things, and it will carry her books and all these little details. She actually has a ring on her finger which actually one that I wear which is one from my mom, and all these tiny things, I really felt like I was starting to get to know her, so her costume was really important for me, actually. It was, like, the way in.

Dan: I didn’t really have a costume. Well, I did have a costume. They were really giant coats that he wore and this massive shredded cloak, but I never actually got to put it on. I was- I spent the whole time, as the Beast, anyway, in a forty pound muscle suit on stilts covered in gray lycra. So I looked pretty odd, but nothing like the Beast that you see in the, in the movie. 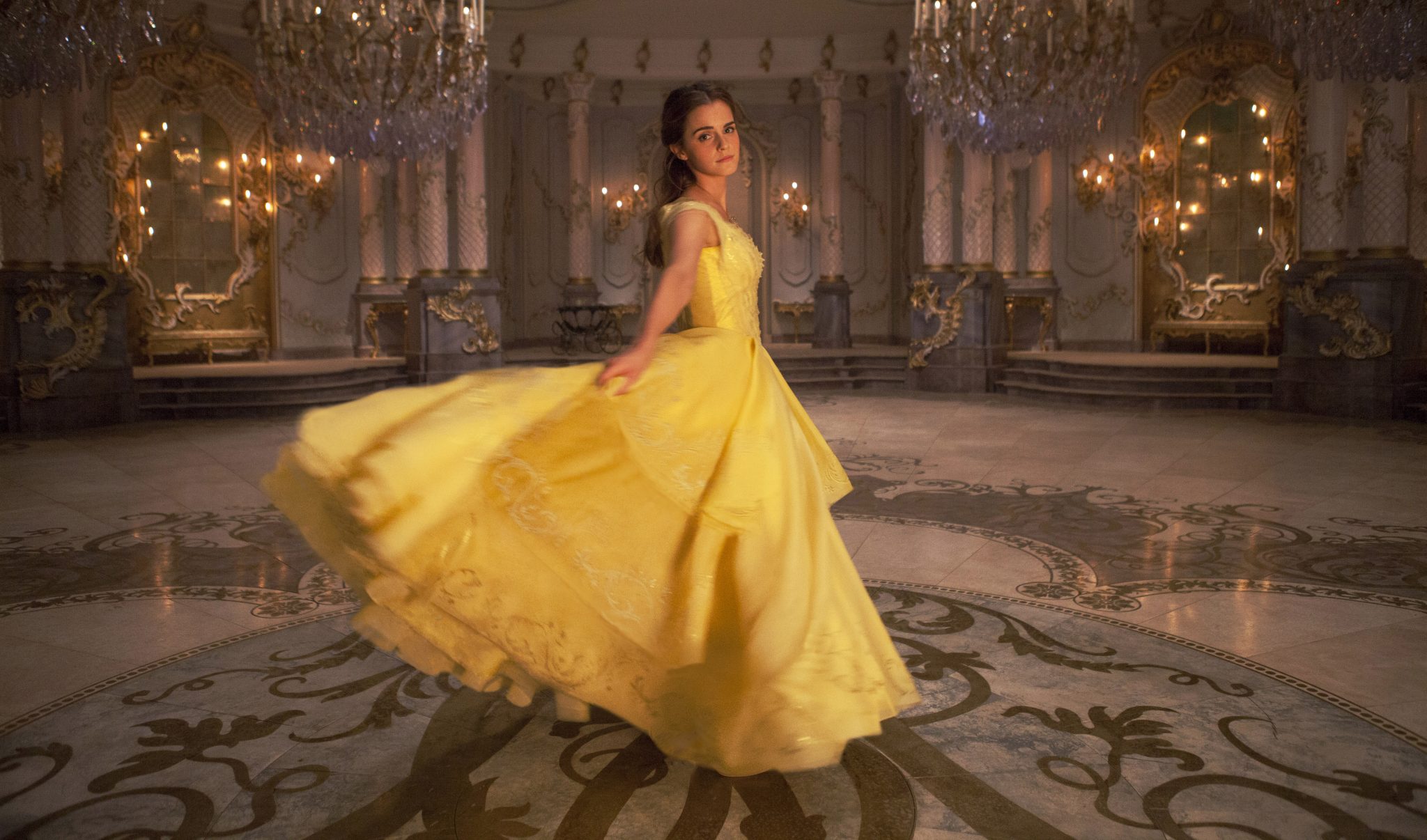 What about the dress?

Emma: Oh the dress…yes, that dress! The lovely yellow dress that Belle is known for…making that dress just right was a challenge. “Trying to get the dress right was really difficult because we needed to dress her to serve a number of different purposes and functions. So it needed to be of the period, so originally we had- she started off with a very kind of like seventeenth century traditional dress, but then we realized that it didn’t do that, like, really cute twirly thing that it does in the animation, you know, when the dress, like, spins behind her? We were like, damn. It has to do that, otherwise it’s not right.

So we’re like, okay, back to the drawing board. It’s gotta twirl. All right, so it can’t be quite- it’s gotta be seventeenth century, but the bottom’s gotta be different, so let me try another version of it, which kind of did have that movement. It was lightness, so we made it out of chiffon, and then we were like, she’s also gotta ride a horse in it, and she’s gotta be able to kind of go into the third part of the movie which is where she goes back to see her father. So it also kind of needs to feel like an action hero dress which is why the front of the dress looks a bit like a coat of armor. It’s, like, got gold flecks in it, and it kind of like, yeah, it had, it had that kind of warrior element to it, as well. So, yeah, we kind of created a warrior, modern seventeenth century twisty, twirly dress hybrid.”

It took them a few months and plenty of choreography to get the ball dance just right! Dan wore stilts the whole time, so that was a big challenge for him. 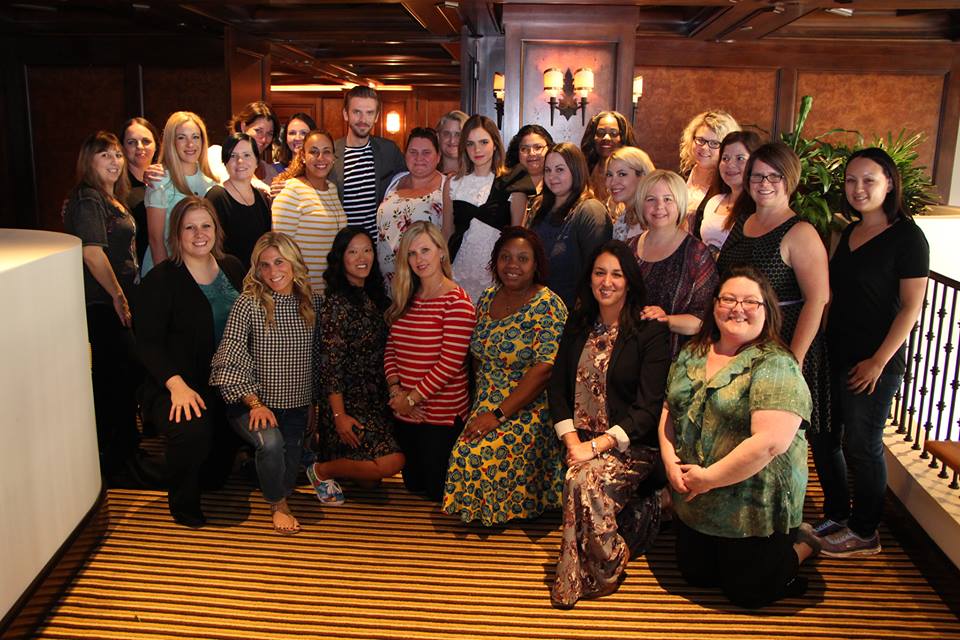 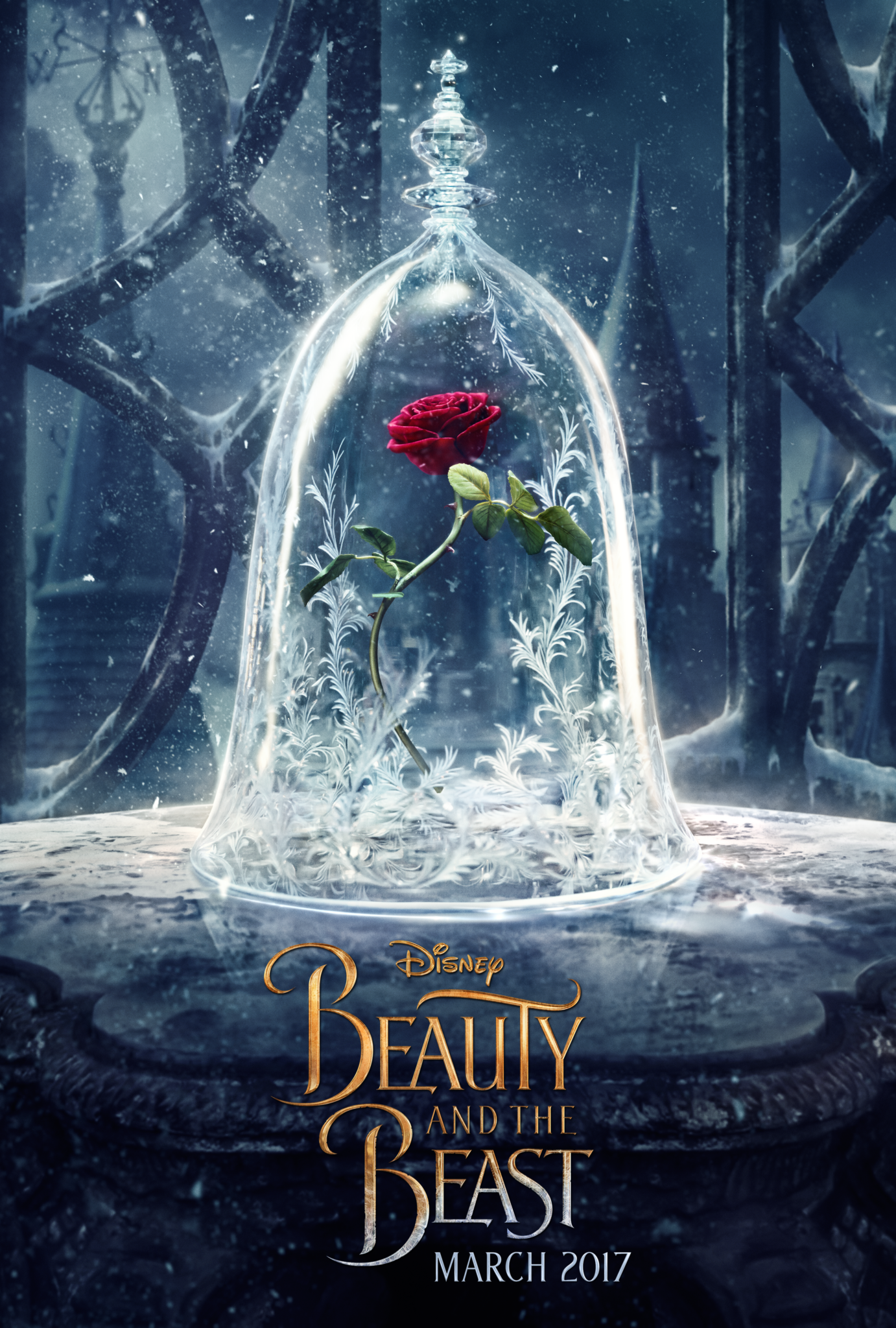 Synopsis: Belle (Emma Watson), a bright, beautiful and independent young woman, is taken prisoner by a beast (Dan Stevens) in its castle. Despite her fears, she befriends the castle’s enchanted staff and learns to look beyond the beast’s hideous exterior, allowing her to recognize the kind heart and soul of the true prince that hides on the inside. Hits theaters Friday, March 17th 2017.