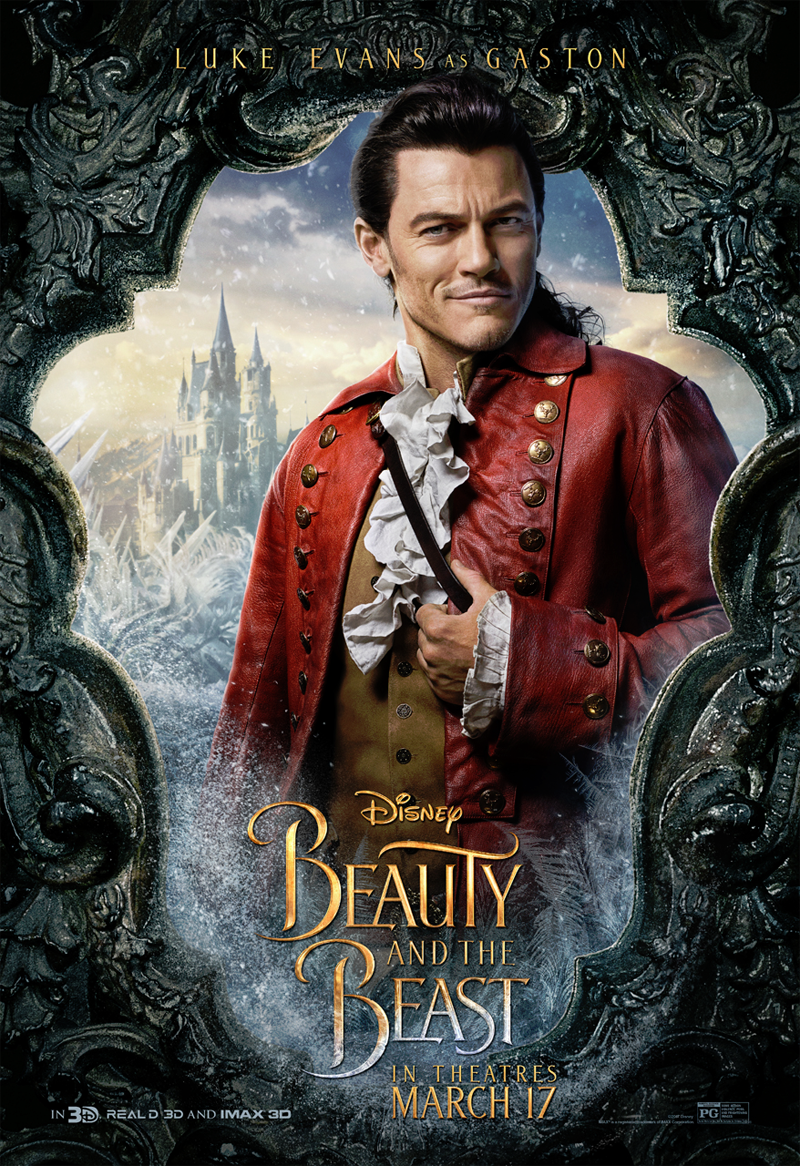 I never laughed so hard listening to Luke Evans “Gaston” and Josh Gad “Le Fou” talk about their roles in the upcoming film Beauty and the Beast lol. They were a delight to talk with and shared with us their favorite scenes in the film, getting all dolled up in their costumes, and why they took on the roles in the first place! Step inside to hear what they had to say! 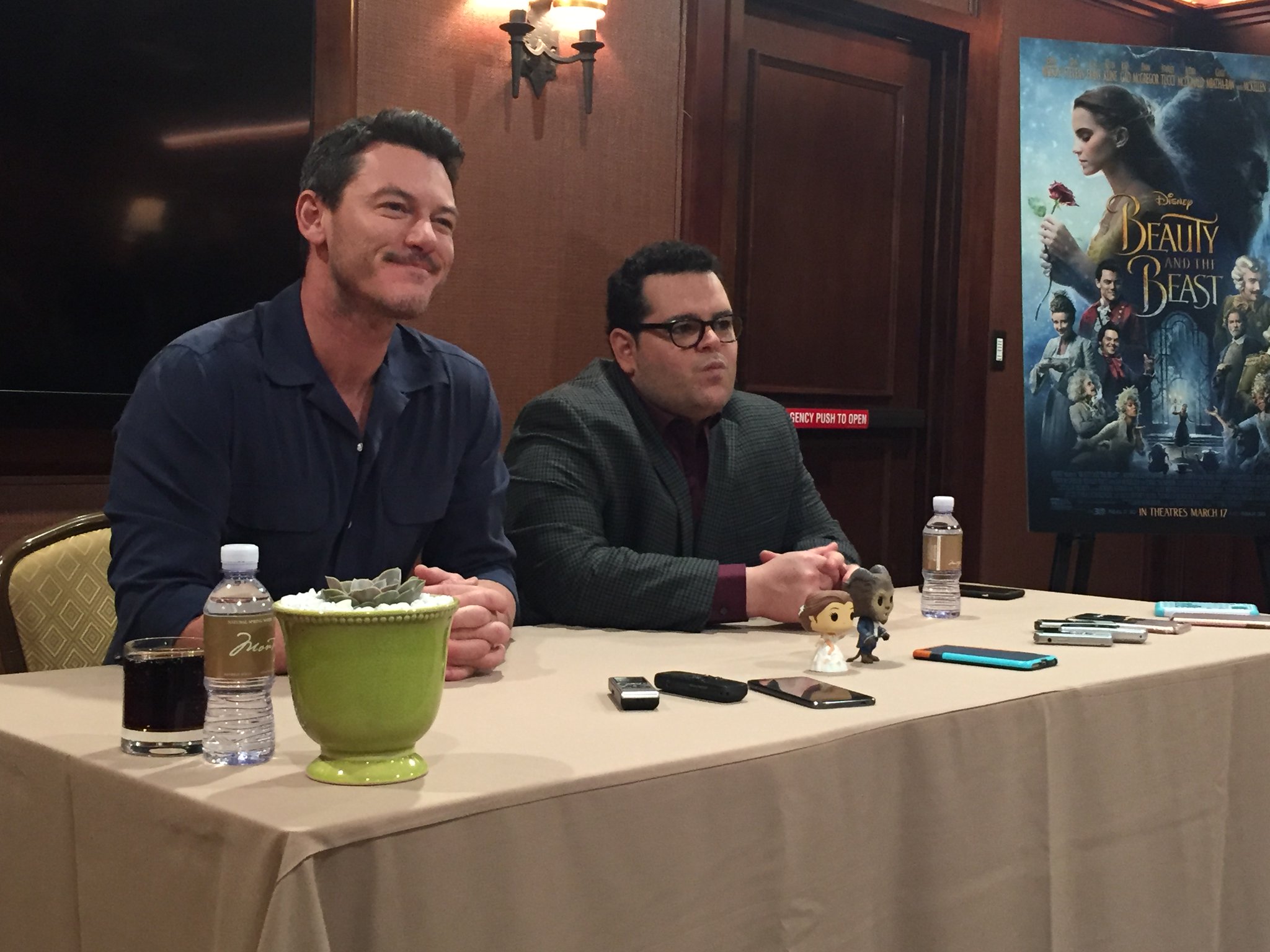 What made you sign on to do this iconic movie?

Josh Gad: The money. It was one of those – no, honestly, I literally would have done this movie for nothing. It was – and the reason I signed on was because it was so iconic. And it was so – BEAUTY AND THE BEAST was my FROZEN. You know, like this was the movie I saw five times as a kid.

You know what I mean? And like, that was just recreating these moments, these iconic moments that I grew up with, knowing that my daughters are gonna grow up with this as hopefully their definitive version of the story. 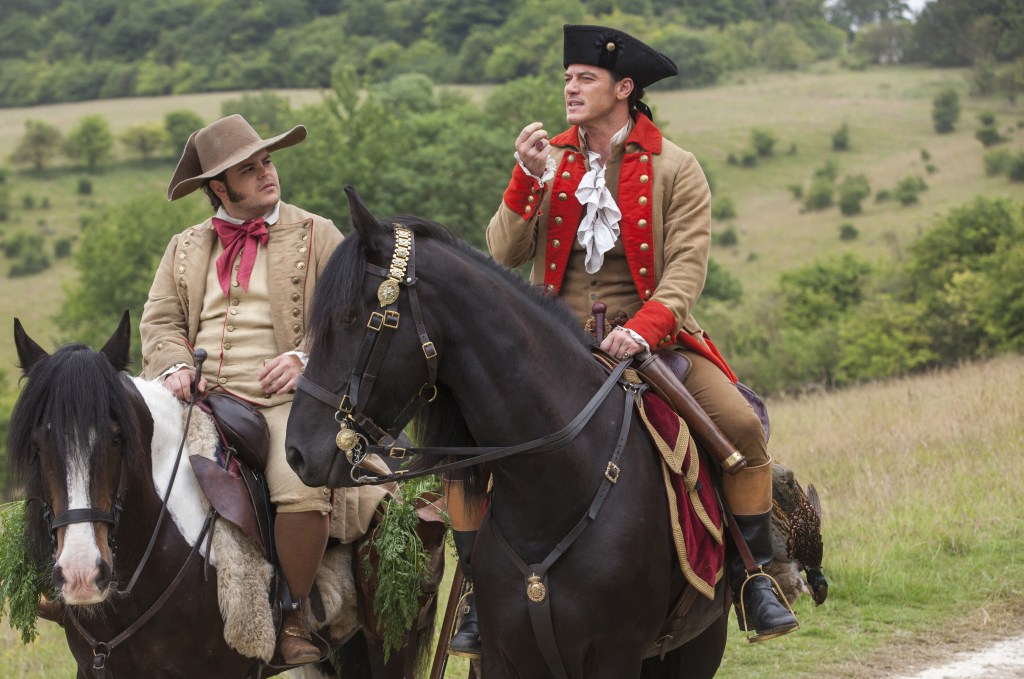 How did you feel when you tried on your costumes for the first time?

Luke: I’ve always said a massive part of my creation of a character, especially somebody like Gaston – the look is half of his ego. Tthe hair and the fitted red leather. We went to about four or five incarnations of that leather jacket before we found the right color of blood red.

That represented the sinister part of his nature. Because I don’t know if you noticed, but that red jacket which is obviously so synonymous with Gaston in the original. And it’s the same here. That only goes on when he puts Maurice into the carriage to lock him up. And that’s the first time you see it. And we made that conscious decision. When you put something on like that, there was so much work in it, those buttons all and antlers on each button. And I had a pinky ring which was an antler impressed into red stone.

It was all antler themed, as you can imagine. It looked fantastic and you put the wig on and there you go. I remember taking it off on the last day and my hair and makeup lady’s like, “Okay, well, say goodbye to the final time see you, Gaston.” And she took it off, knowing, “Well, hello you.” And she was like, oh no. No. I was joking, obviously.

But he was a hard character to let go. I think we both felt very sad to let them go. Because we’d had so much fun and brought so much happiness to villains, it is to make people laugh.

Luke: Yeah, that’s quite a gift, you know, ’cause usually you just make them hate you. But we had the opportunity to do both. And they love you at the end. I mean, like full redemption.

Josh: Well, no, and that was important, with LeFou in particular. The character in the original movie is, he is a product of cartoon conceits, right? He has his teeth knocked out. He’s literally thrown across rooms by Gaston multiple times. 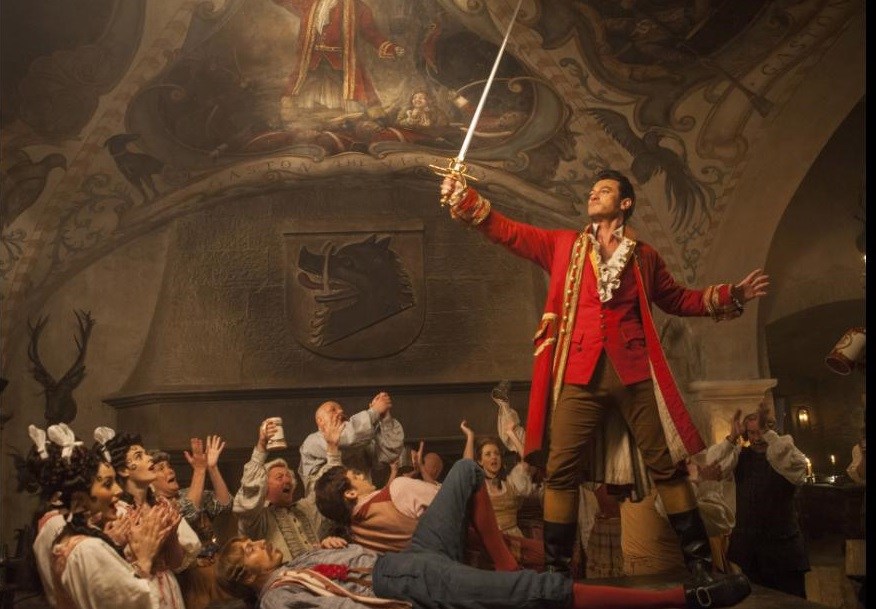 What was your favorite scenes in the movie?

Luke: It would have to be for me, the Gaston tavern sequence. For two reasons. One, my song. Two, it was the one piece of the whole film where we got to rehearse for four to five weeks. Because it was incredibly technical. So we had all the villagers in the room. There’s vignette stories going on which you have to watch it a few times to know that, all that took a lot of time. And honestly, the music was playing throughout the whole thing. And there was swords, there was murals that we have to reflect in the back of each shot.

And it was a lot of stuff going on, which took time and development and collaboration and a lot of working it out. But that’s what we come from. We have come from the theater, we’re used to that rehearsal experience. And so to have that on a film, was a joy.

Josh: Yeah, yeah. I agree. Not to sound redundant, but it is Gaston. You know, it’s so rewarding to watch an audience now, after two years of working on this in some capacity or another. To now share it with an audience. And see the adrenaline boost that it gives the film when all of a sudden, out of nowhere this up tempo song with people dancing on the table.

And you can feel the energy of the audience wanting to jump into that. And raise a glass to Gaston alongside of you. And that is the brilliance again of these Menken and Ashman songs, they are so unbelievably addicting.

Luke: So, and for once, I think that the other night when we had the, for the world premiere here in Los Angeles. And people clapped at the end of our number. I mean, it’s crazy. We’ve done what we needed to do here. We are taking people out of the world in which we live, and made them escape into this wonderfully technical emotion of this story. Which we are really proud of. 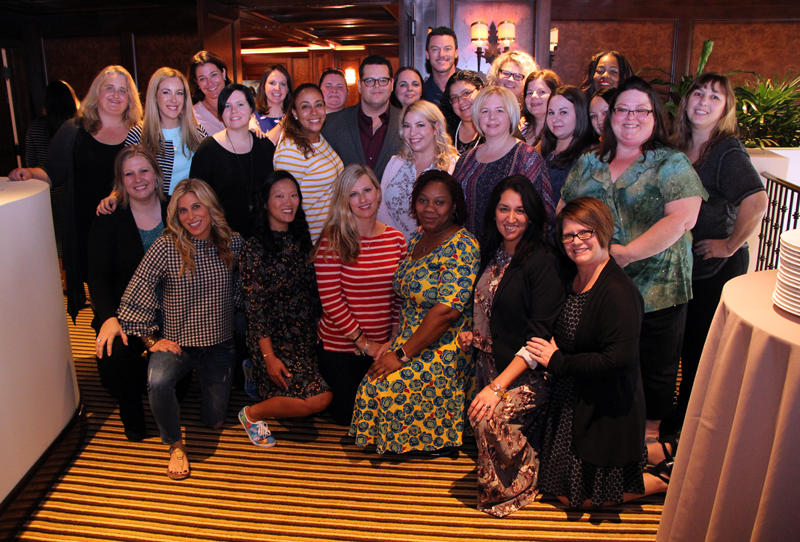 Beauty And The Beast hits theaters everywhere on March 17th! 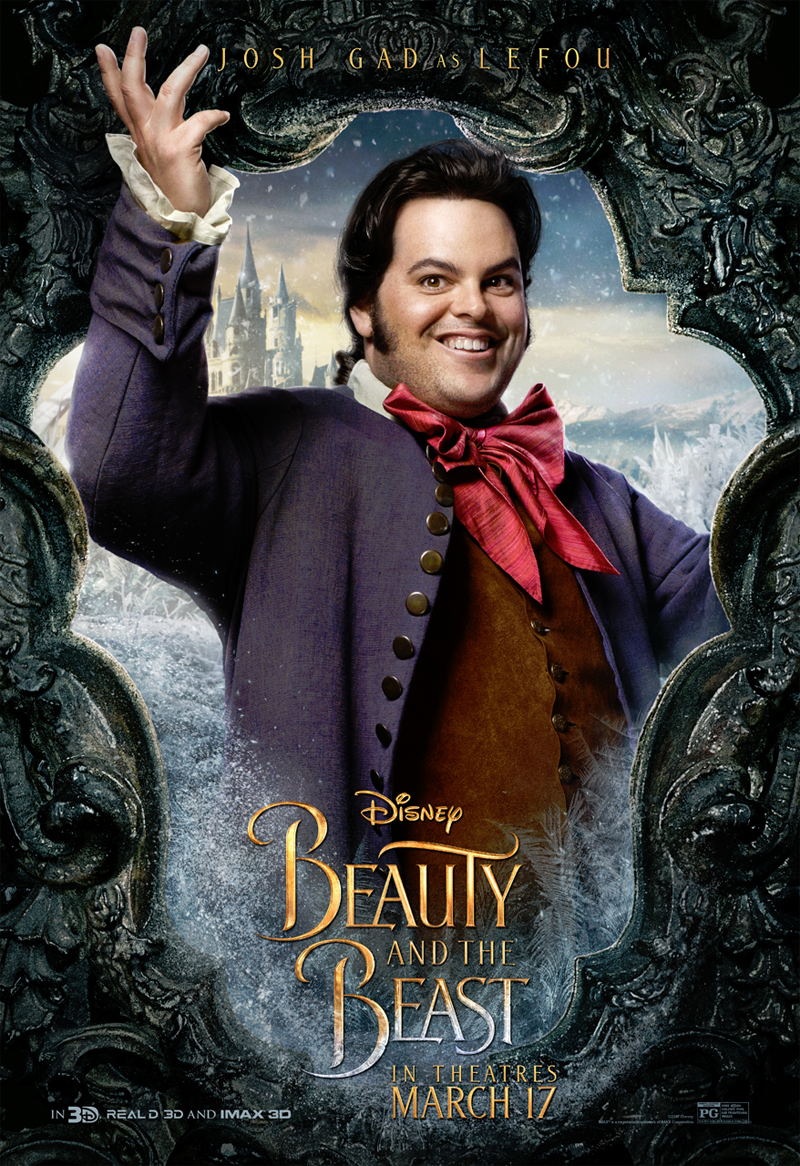