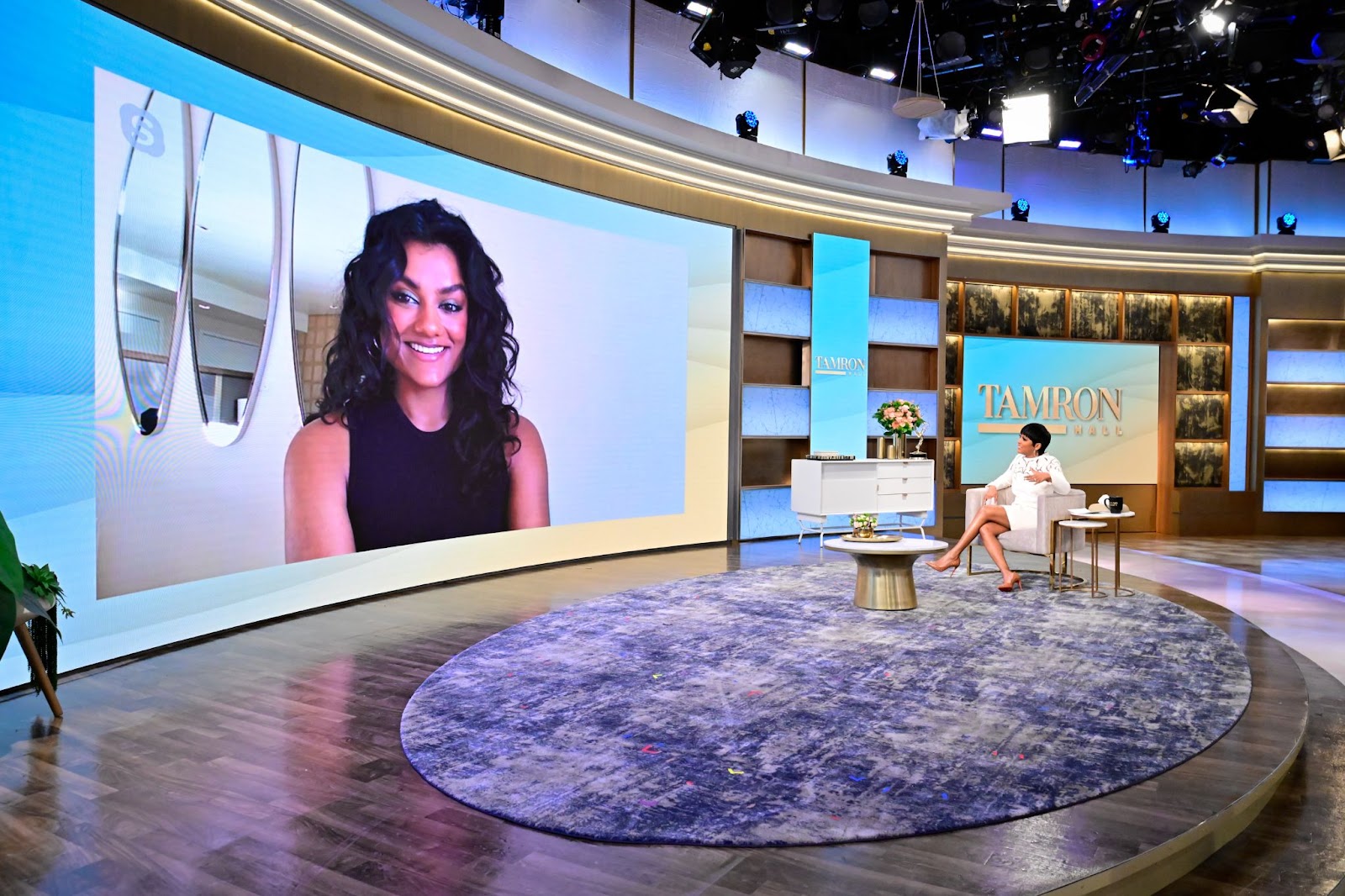 On the Tuesday, March 29 Actress Simone Ashley stopped by The Tamron Hall Show. The star of season two of Netflix’s hit series “Bridgerton,” joins Tamron to dish on the new season and shares her experience stepping into the leading role of the hit series. I binged watched the whole show it’s pretty decent but a very slow start plus not a lot of romps in the sack this time around, Bridgerton was known for those steamy sex scenes but thank goodness lol, see what she had to say inside….

“I mean, it’s understandable because I know that was a big characteristic of season one but you know, this season we’re kind of exploring intimacy in a more psychological way. A slow burn is always a little bit more steamier in my opinion. It’s much more earned so when it does eventually reach that moment, fireworks are just huge and it’s just a little bit more juicier.”