Congrats to singer and talk show host Tamar Braxton! She released her steamy and sexy new video “If I Don’t Have You” featuring some familiar faces! Some of her besties that appear in the video are Shateria Moragne-el who I just saw and chatted with at the BET Awards, she is so cute, twins Malika and Khadijah Haqq and also NeNe Leakes who plays the Madame in the video. It all takes place at a brothel and the ladies wear some really cute 30’s style lingerie looks. Check out the interview inside where she talks about picking the cast and the meaning of the hit song and the new video! 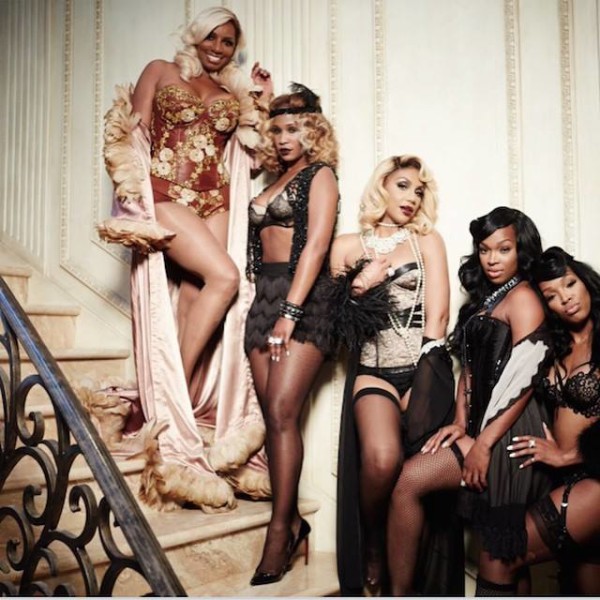 “I thought about it and I was like, ‘You know, it would be really cool if I had my real girlfriends in a bit of a brothel. But you know it could be in the 1930s, it could be—2015! And it doesn’t necessarily mean that we’re selling ourselves. It just means we’re all looking for something, and you don’t really know what each individual is looking for ’til you see the video.”

True meaning of the song:

“It’s about being transparent and it’s about being open and honest with the person that you love,” she said. “It’s just saying, ‘If I don’t have you in my life, I don’t have anything!’ Because sometimes we say things that we don’t mean, and people can get the wrong message by having an argument or not being able to express ourselves, so this song is just something that you can just play and let it talk for you.”