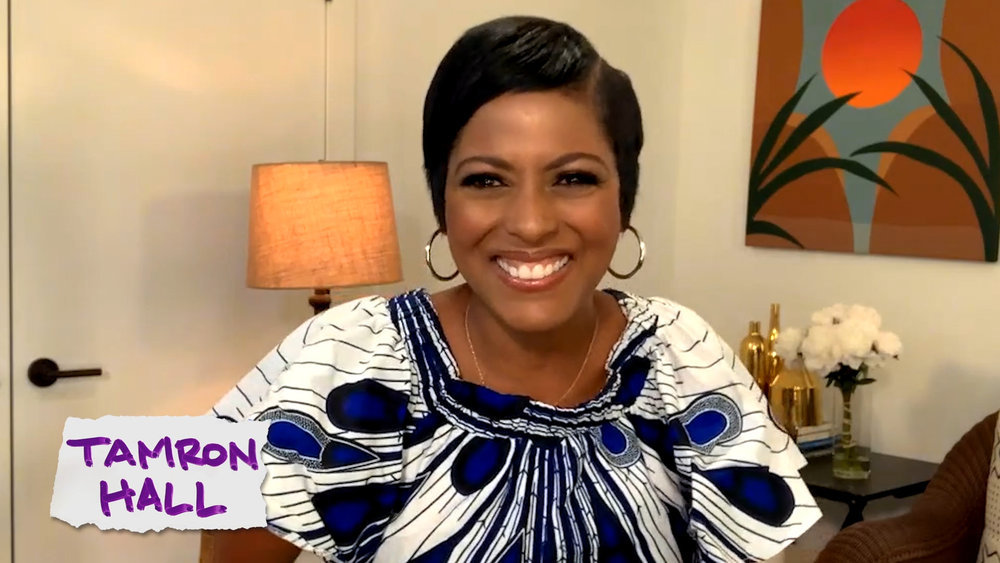 Tamron Hall” was honored by the National Academy of Television Arts and Sciences with a Daytime Emmy Award for ‘Best Talk Show Host (Informative)’ in its first year of eligibility at the 47th Annual Daytime Emmys.  The nationally syndicated talker also received two additional nominations this season, one for Outstanding Costume Design/Styling and the other for Outstanding Makeup. You guys know this is my girl and congrats to her, check out her acceptance speech inside…

Hall, known for her candor in her  relationship with her daytime audience, lovingly dubbed the “TamFam,” immediately took to social media to share her excitement about the win and shared a virtual acceptance video live from her bathrobe joking “Thank you so much to the daytime Emmys, my mom said I shouldn’t look like this.”

From the deeply moving to the purely fun, “Tamron Hall” is a daily destination for all things topical and a platform for viewers to connect with the people who are shaping our world through meaningful, engaging, and entertaining conversations. Tamron Hall brings a refreshing, relatable, unpredictable, and unstoppable voice to television. “Tamron Hall” is executive produced by Tamron Hall and showrunner and executive producer, Emmy® Award-winner Candi Carter.

“Tamron Hall” premiered on September 9, 2019. After quickly becoming one of the highest-rated new daytime shows of the 2019/2020 season, it was renewed for a sophomore season. For times and channels go to www.TamronHallShow.com and follow the show on social media @TamronHallShow.

I just learned I won an #Emmy tonight!! Thank you @daytimeemmys @tamronhallshow #outstandinginformativetalkshowhost #tamfam thank you for keeping me in the game!!!! Virtual acceptance speech lol