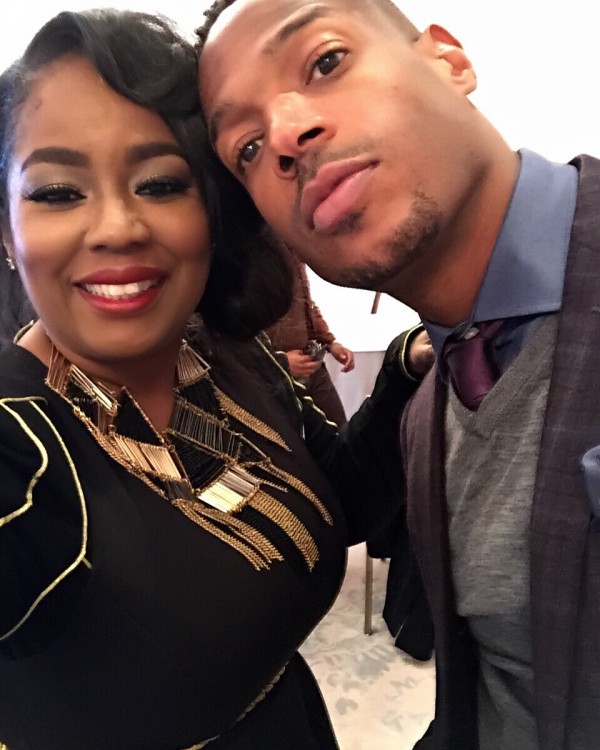 My best friend Heather from my hometown loves Marlon Wayans. So when I got an invite to go interview him yesterday afternoon, I immediately texted her to let her know. I love his movies too they are so funny to me.

Marlon came up with a parody of the popular film/novel 50 Shades of Gray. His new film is called, Fifty Shades of Black and its hilarious from the clips that I watched. A few members of the media were able to sit down and chat with him about this upcoming film that hits theaters January 29th. Check out ten things that I learned about Marlon and his new film inside… 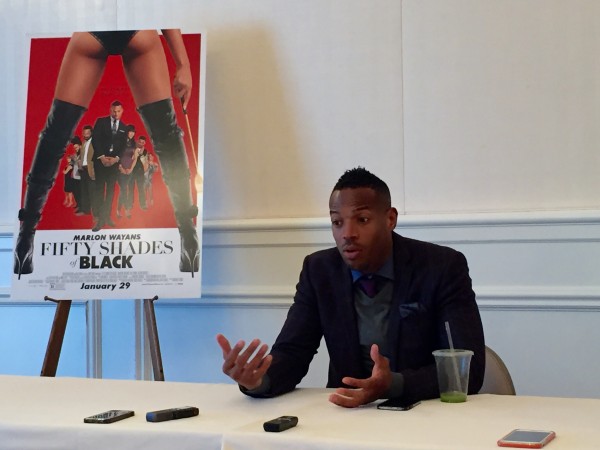 Marlon got inspired to write and make Fifty Shades of Black from flying on a plane. He was talking to a lady next to him who was reading the book 50 Shades of Grey. He thought to himself, what if Christian Grey was a black guy? You know a sister ain’t going for all of that!

He said when he watches movies, he sees things differently because he has a twisted sense of humor.

Fifty Shades of Black is definitely a date movie. But he has learned over the years and with research that you can’t take it too far because you never want to turn women off. He likes to listen to his audience.

No man was EVER good in bed the first time(scene from the movie) It takes awhile to master love making. He said no guy knows how to “control the sword” the first few times lol.

It took 20 days to make this movie. They had a budget of 5 million dollars. Most movies like this one had a budget well over 70 million. He shot his movie on a shoestring budget in Los Angeles. He is the king of one takes too. 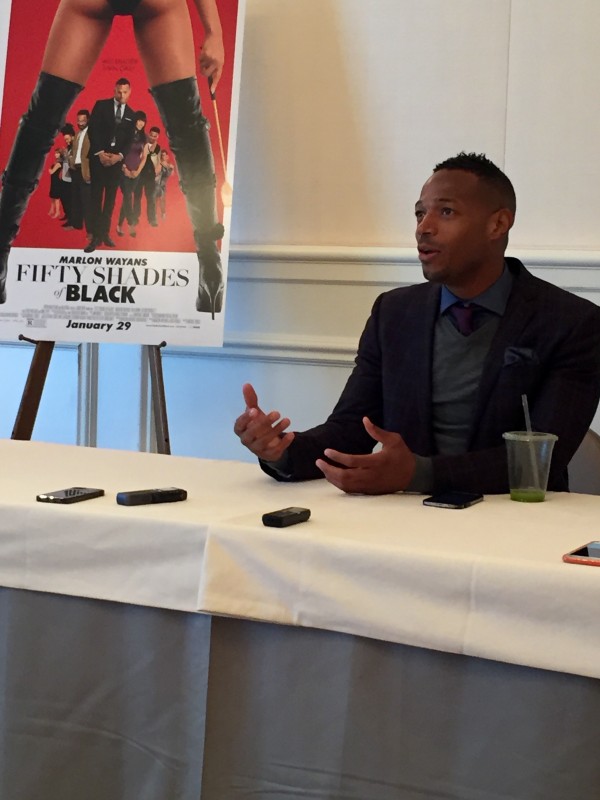 Ariella was the costume designer and she dressed Marlon in a lot of Zara suits and Moods of Norway for the movie.

There is a “Magic Mike” scene and Marlon wanted to be in his best shape to make it as real as possible. So he hit the gym and worked out a lot to get in tip top shape.

There is always lots of room for improvisation in Marlon’s movies. Thats why he loves working with comedians so they can do their thing. Jane Seymour, Mike Epps, Fred Willard are just a few actors thats also in the movie.

Director Michael Titus and Marlon work very well together, Fifty Shades of Black is their 3rd project. He knows he can trust him and he doesn’t have to be at editing everyday.

Marlon is also working on a few projects, one is for NBC. Its a pilot about his life called, Marlon. He is a single dad thats pretty unconventional that keeps it real. Its very Anti-Cosby lol. Not the normal tv dad you see. In real life, he has a 15 and 14 year old boy and girl. The pilot is set to come out in Spring of this year. xoxo 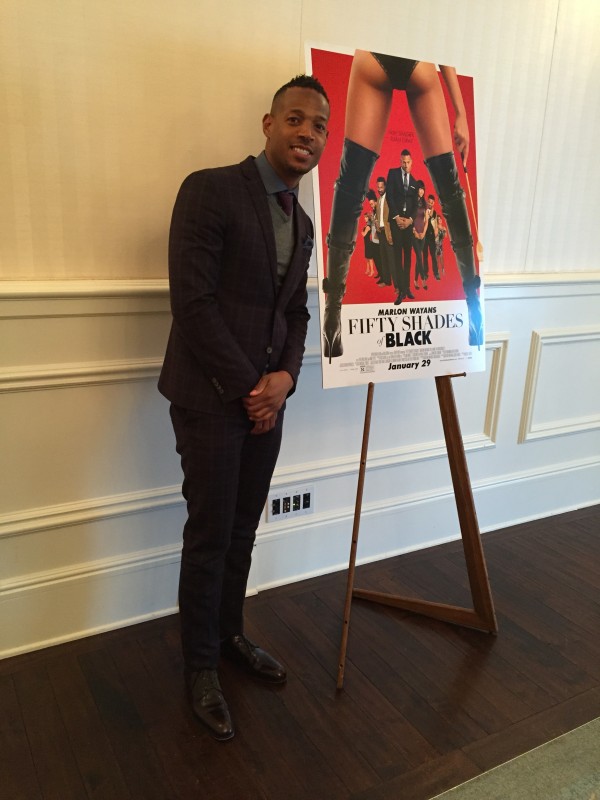 Check out the funny trailer below…