You guys that are avid readers of the blog know that my favorite reality show is The Real Housewives of Atlanta! Those are my girls and I love them all! So I was pleasantly surprised when I got a phone call this morning from a very good friend of mine (who works in the entertainment industry) who wanted to share some fun details on the Atlanta Housewives reunion show taping that took place here in Atlanta. She spilled the tea and I was all ears! I have the deets on what the girls were wearing, who showed up, the theme of the set, who didn’t get invited, who was crying and so much more! Slide on in and get all the tea!!!!!

Well my source just so happen to be on set at the taping of this most watched reality show and she gave me some good insight on what we can expect from the reunion show! if you dont like spoilers, log off now lol. First off Bravo producers tried there best to keep “the help” away from the actual taping process by putting them all in a room a few feet from where the taping took place. All the hairstylists, makeup artists, fashion stylists and more were kept behind closed doors and was not permitted out. The producers seem to think that this is how a lot of the storyline is leaked out because hairstylists and makeup artists are known for gabbing way too much in past years, yikes! 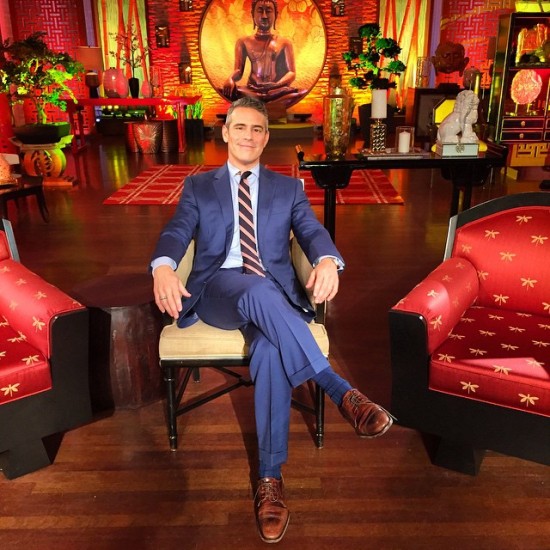 So here is my list of things that are “alleged” to take place at the Atlanta Housewives reunion show and what to expect and see….

The Atlanta Housewives was taped at the beautiful Biltmore Hotel in the Georgian ballroom. This is where it was taped last year and where you may have seen Porsha have that dreadful lingerie launch party last year that I blogged about lol.

The theme for the set this year was Asian inspired with pretty flowers, gold and maroon tones.

All the cast of Atlanta Housewives wore white. NeNe wore a two-piece pant suit, with a new blonde hairdo and said to have one side curly and long and the other side shaved, kinda like the ol’ Salt and Pepa 80’s hairstyle.

Phaedra Parks, and Kandi wore white gowns. Kandi’s hair was feathery and long. Porsha and Kenya Moore wore kinda the same dresses both were sheer and very sexy. You could see Porsha’s side boobs! Lawd!

My friend stated that she hated Claudia’s tea-length dress. It was not flattering at all and not a reunion show kinda dress. Said it was horrible and had chains on the back of it. Most times on the reunion shows, you bring out your baddest look! She brought back the bob hairstyle too.

Demetria McKinney was not invited out for the taping of the reunion show, wonder why? She tweeted that she had a previous engagement, not sure if I am buying that. Most background characters do not tape for the reunion shows anyway. Rumor around town is that Demetria will also not be returning to the show, people found her to be somewhat boring, unmemorable and without her boo Roger Bobb willing to come on the show and film about their relationship, it was kinda a done deal.

The psychologist Dr. Jeff was on set and there was a lot of crying going on! NeNe was spotted crying several times. Oh my!

Just when it was getting good, we got disconnected but hopefully she will call me back and spill some more tea, she was headed to work but that was pretty good info that she gave me, till next time! xoxo

3 thoughts on “TWT TEA: Details On ‘The Real Housewives Of Atlanta’ Reunion Show!”