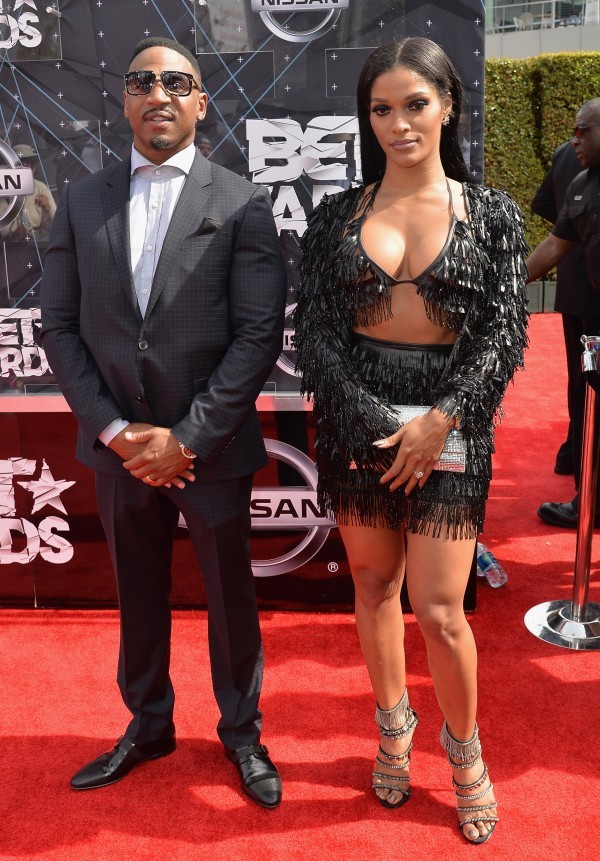 Ooh chile I got some good tea on reality stars Stevie J & Joseline Hernandez who we all know and love from Vh1’s Love & Hip Hop Atlanta! I was out and about last night and most of the people at the event were entertainment industry professionals. After a few cocktails that were served from the open bar, folks got to running their mouths about these two and boy did it get steamy! Chile come inside to hear what I learned about Stevie J’s new reality show, Joseline being furious about it plus I have the scoop on what will happen on part 2 of the Love & Hip Hop ATL reunion show with Mimi Faust. Come on in and get the tea… 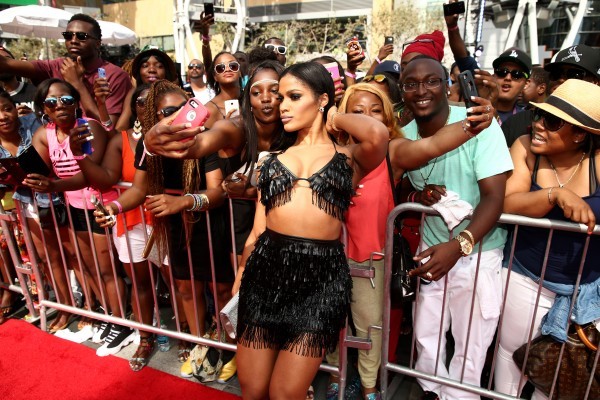 TWT TEA: Sooo at the event that I attended yesterday evening, it was a lot of people in the building that work in the entertainment industry. Everyone was asking did anyone catch the Love & Hip Hop ATL reunion show. People were shocked at how all the cast members were acting on the show and the room was cracking up. Then they got to chatting about Stevie J & Joseline new project. Supposedly Vh1 & Mona Scott-Young green-lit a spin off show for Stevie J & Joseline. The title of the show was suppose to be called The Jordans. Joseline was so excited and they were going to have this lavish wedding on air and focus on the couples adventures like Joseline’s singing career and Stevie with his music. That must have been a bit boring for Vh1’s producers, so they axed all of that and decided they wanted to change it up a bit and call it, “The Stevie J Project”. These new changes didn’t sit too well with Ms. Joseline and she has been on a rampage ever since!

If you watched the last show, you saw the Puerto Rican Princess talk about how she is focusing on “her singing career”, she was seen working with other producers behind Stevies back and worried mainly all about her. Word on the curb is that these two are NOT together anymore and she has been treating Stevie like a dog. I bet he feels awful that he treated Mimi Faust so badly now! Joseline is an opportunist and she doesn’t mind letting the world know it too, its no secret.

The Stevie J Project has started production out in Los Angeles and its mainly focused around Stevie J trying to get his life back together, his sobriety and reconnecting with all of his kids. I think one of his daughters that’s in her 20’s is in college, so she will not be able to film with the family as much. There is also a major hiccup too because I hear that Mimi is feeling a certain type of way about the contract and flying their daughter to the west coast to film with Stevie J. Mimi has a lot of projects of her own going on in Atlanta and the scheduling is conflicting with hers. Vh1 ordered up 6 episodes and if the show does well, they will order more. Mimi and their daughter Eva have not started filming any scenes yet because Mimi’s lawyers are not too pleased with the contracts. It has kinda held up production but they have been filming around Mimi & Eva who play a HUGE role in the family unit.

Bonus: This is a “spoiler alert” so don’t read any further if you do not want to know!

On next weeks episode of Love & Hip Hop ATL reunion show pt 2, Joseline Hernandez will perform one of her latest and when she finishes, Mimi will come up on the stage to confront her. In the teaser clip, you see Mimi approaching the stage and you think she is going to get into a fight or altercation with Joseline but no! She grabs the mic and gives Joseline the read of her life!

She tells her that she is not angry, disgruntle, mad, jealous of her at all. She thanks Joseline for opening up her eyes and letting her see Stevie for who he is and how she has moved on with her life. She also says that she got her friend back which is Stevie and that their relationship couldn’t be any better now. She says, everything happens for a reason and that she is not angry because Joseline supposedly “took her man”.

I hear its a long speech but the crowd was VERY moved and everyone was crying, at the end they applauded Mimi for being brave. I’m surprised that Vh1 producers didn’t edit it out because its a taped show but they seemed to have liked it but Mona Scott-Young was supposedly pissed and was overheard calling Mimi a bitch, trying to get them to escort her off the stage and was asking “who told her to get up there and say anything?” Word is, Joseline is the star of the show and Mona’s personal “favorite” hmm? Till next time!