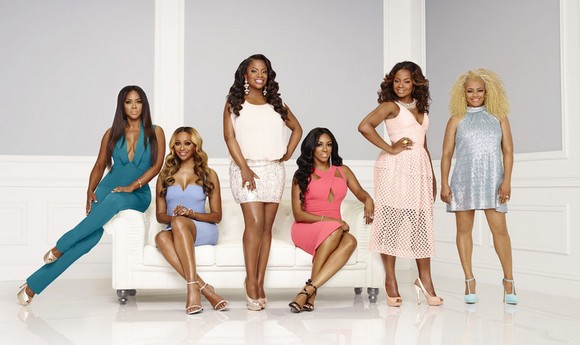 Are you guys ready for Season 8 of The Real Housewives of Atlanta? I have the deets on the new cast and there is NO NeNe Leakes anywhere, say what? Season 8 will consist of: Cynthia Bailey, Kandi Burruss, Kenya Moore, Kim Fields, Phaedra Parks, Porsha Williams, returning cast member Sheree Whitfield and Shamea Morton…pause who is Shamea Morton? Well, supposedly she is going to give Porsha a run for her money and they are supposedly dating the same guy. Kim Fields looks SO out of place on this show but I heard some scoop on her too, so step inside for all the steaming tea….

TWT TEA: So on the new season of The Real Housewives of Atlanta that will premiere November 8th at 8/7 est on Bravo, its going to be filled with lots of drama which so many folks love! Lets get started…. 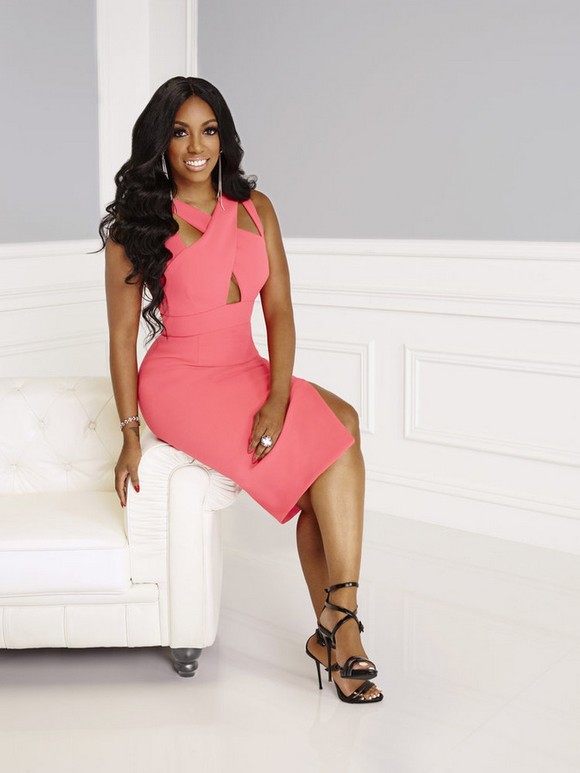 Porsha D.Williams(wearing Nicholas crisscross dress) will reveal her new love interest which is a NFL baller from the Buffalo Bills Duke Williams. After filming though, TMZ is reporting that these two broke up right afterwards, fishy huh? She also gets a swift kick to the stomach by fellow housewife Cynthia Bailey! Ooh chile, why I wonder? 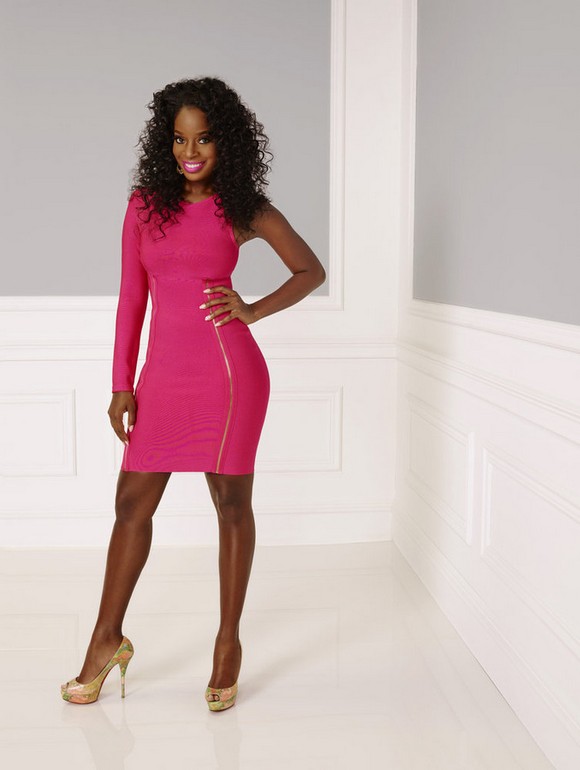 Shamea Morton(wearing House of CB Hallie dress) all I know is that she is an Ex NFL Cheerleader and was on another reality show on Vh1 called, She’s Got Game, I don’t know ANYTHING else about her but will get some scoop pretty soon. I’m sure Bravo producers wanted to stir the pot, just for a fresh storyline and to add drama. She allegedly is also dating Duke Williams, Porsha’s man… oh my! 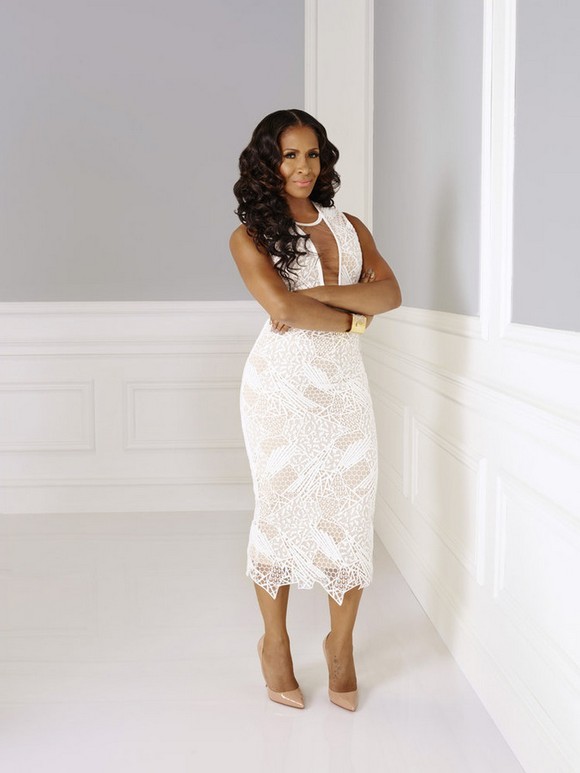 Sheree Whitfield is back! On the show she has another business venture which is to launch a fitness video and clothing line called, Shape By Sheree. I think she will be good at that and we got to hang out this summer at her daughter’s birthday party! If you missed that click here. 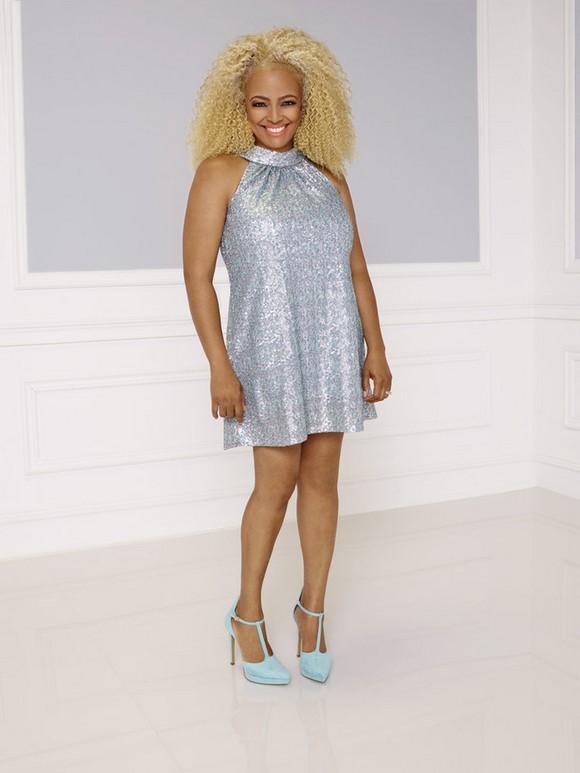 Kim Fields will be the newest housewife and around town its said that she owes lots of back taxes and perhaps that is why she is doing the show, lawd! I can’t see “Tootie” going off on anyone though. I have seen her once or twice here in Atlanta walking around. One thing for sure, she is not a glam girl but maybe she can pick up some beauty & fashion tips from the other girls. 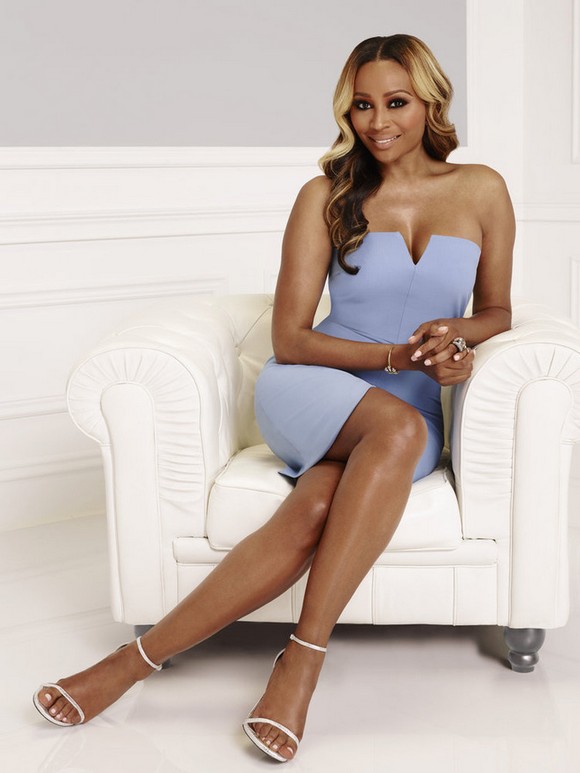 Cynthia Bailey(wearing Elizabeth & James Naveen dress) I was shocked when I found out that she karate kicked the crap outta Porsha! They were up here by me on Lake Lanier on a boat and they got into a heated altercation. I think they were arguing about Peter because what else would they get into a fight about? Men and money make you mad and also someone talking about your kids! My very good source said that Cynthia tried really hard to walk away but Porsha was not done and came at her again and kept calling her a fake b*tch! Porsha got in Cynthia’s personal space and thats when she round-kicked her. She sent her right to the emergency room too. They say she may be demoted to just a “friend” on this season but we will have to watch to find out! She also launched a eyewear line that Bravo was filming while I was there as the red carpet host. To see all that action, click here. I heard from my source too that at the launch event, lots of folks stole the pricey eyewear, lawd just ghetto!!! 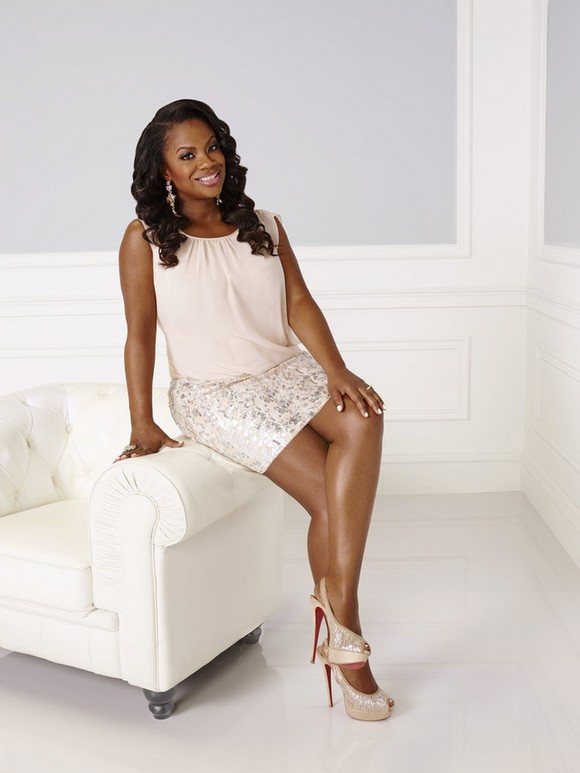 Kandi Burruss as we all know, she is pregnant with her 2nd child now. They say there may be some complications with her pregnancy but we will have to watch and see, wishing her and Todd a healthy delivery. 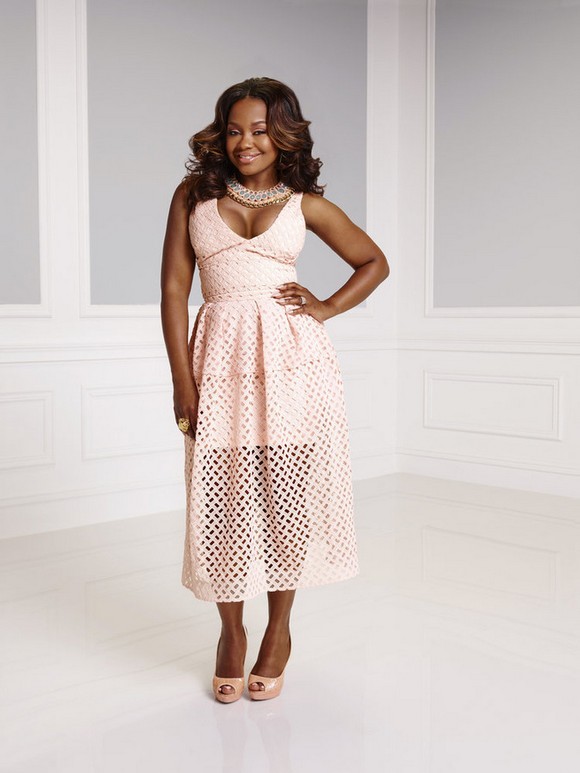 Phaedra Parks(wearing Nicholas Grid Lace Deep V Ball dress) is supposedly out on the dating scene again? I hope not, unless she is planning on filing for divorce from her husband Apollo. She should know better than that, its tacky and not a good look. In a clip, you see her in a hot tub with some random dude. I saw her at the Jeffrey Fashion Cares fashion show a few weeks back and she was not too fond of the designer of my jumpsuit. She loved it until I told her who made it. She frowned when I revealed that Demetria McKinney’s god mom made it for me. She said, “oh she doesn’t like me. Oh well! 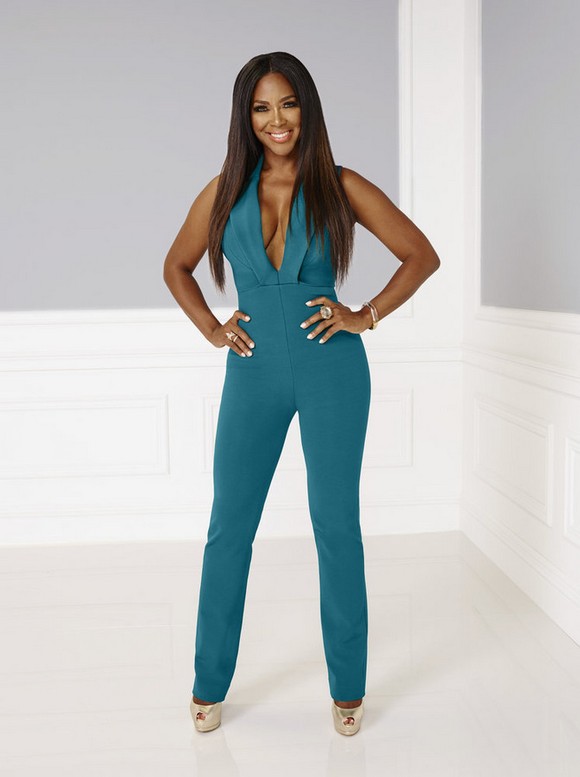 Kenya Moore(wearing Cushnie et Ochs Peaked Lapel jumpsuit) is STILL dating and it was unveiled that her new boo on the show was a convicted felon, so that relationship fizzled out real fast, we will have to see that unveiled on show. Lordt, she can’t win for losing!