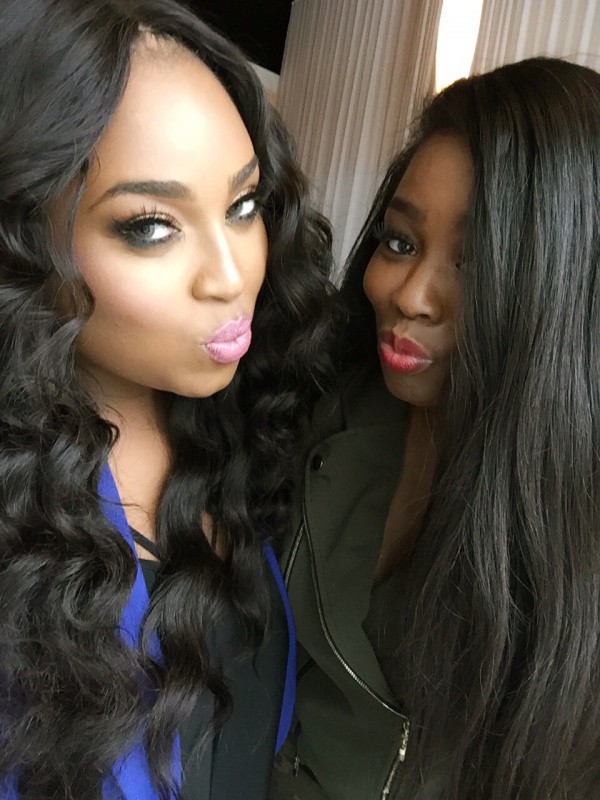 What is going on with all these firings in the world of reality stars and tv shows? Word on the curb is that reality diva and talk show host Tanisha Thomas has been fired from her new tv gig Crazy Talk. Lots of people remember her in her younger years from her reoccurring role on Bad Girls Club. Some of you may not even know anything about the daytime talk show but it kind of reminds you of E!’s Talk Soup, where they show hilarious and shocking clips of reality shows/stars cutting up, fighting and doing outrageous things. Sometimes they even invite the reality stars to come on as guests to chat.

TWT TEA: But it seemed like it was just yesterday that the pr folks from Oxygen reached out to me, asking if I could interview Tanisha about the new daytime talk show her weight loss and new role. I think it was two months ago? I ran downtown to a swanky restaurant in Atlanta and conducted the interview with my videographer Sly and now she has left the show, lawd! What gives? She was so excited and passionate about the new project too. Then a few weeks back, I remembered that Tanisha made an announcement on her instagram acct that she was moving on to bigger and better things. Mums the word over at Oxygen but they have now wiped her clean from all promo photos, videos and with her co-star Ben Aaron. Sources are saying they are going in a “new direction” meaning, she was probably too urban/hood for morning viewers and didn’t draw the traffic and ratings that they were expecting. My thing is, didn’t they google or watch her previous work? Didn’t they know what they were getting themselves into? The show has not been cancelled either. I saw it a few times, it was just ok. 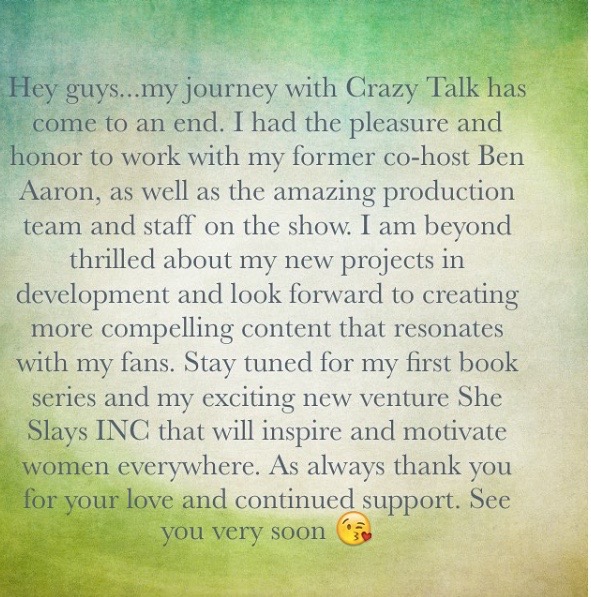 Sidenote: Here is a perfect example as to WHY I am very strategic and careful on projects that I decide to do and who I am associated with. Hollywood and tv producers have a way of type casting your behind. Once you sign up to “act a monkey” on national tv (for pennies on the dollar) then later you want to be taken serious. Its very hard to transition, trust me. NO matter how hard it is for you to get put into the position that you want to be in, never sell your soul to the devil. I am not saying this is what happened to her, I’m just saying…all money ain’t good money. Now, you will FOREVER be known to the world for that one negative stereotypical role that you put out in the atmosphere. Think about it, till next time! xoxo 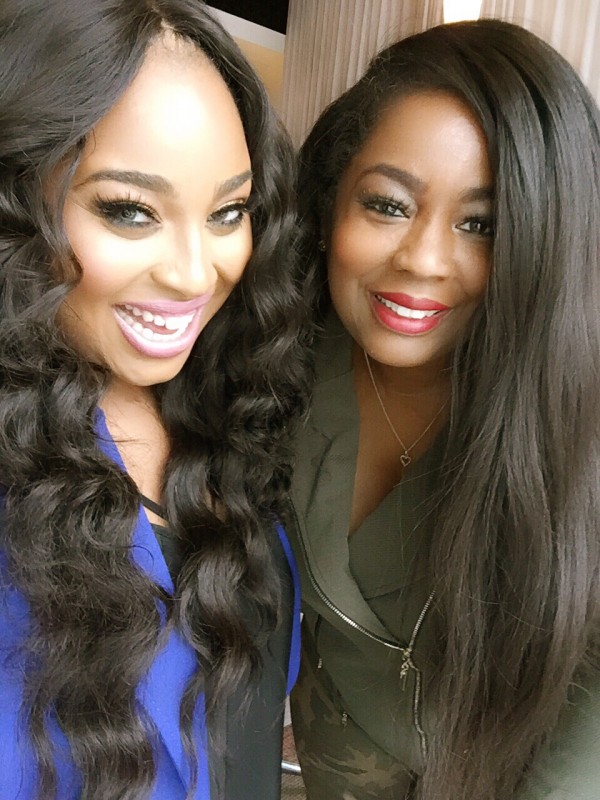