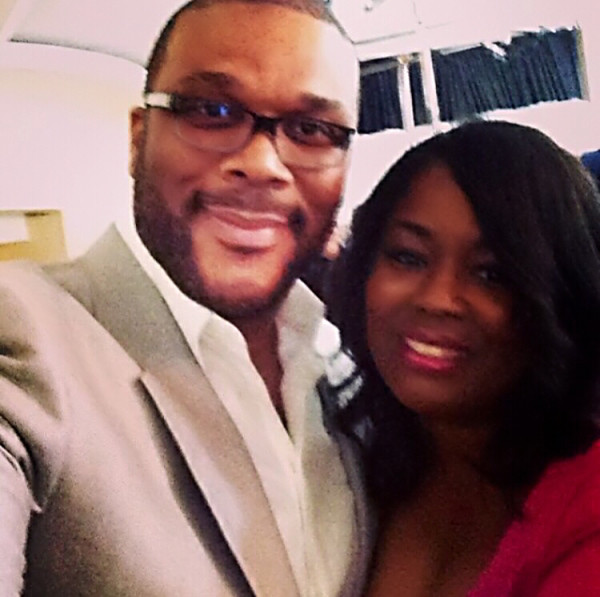 Tyler Perry Studios announced yesterday that they have started production on a new Madea film, Boo! A Madea Halloween, which will be distributed by Lionsgate. The film releases October 21st, 2016. Tyler Perry will write, produce, direct, and star in the latest project with the popular character Madea. Ozzie Areu and Will Areu will also be producers on the film. The film’s origins date back to when Perry and Chris Rock conspired to include a fictitious Madea Halloween movie in Rock’s film Top Five. Lionsgate then approached Perry and suggested that they make the movie for real.

In Boo! A Madea Halloween, Madea winds up in the middle of mayhem when she spends a hilarious, haunted Halloween fending off killers, paranormal poltergeists, ghosts, ghouls, and zombies while keeping a watchful eye on a group of misbehaving teens.

“We are thrilled to reunite with the iconic Tyler Perry, one of the greatest creative forces in entertainment and a beloved and cherished member of our Lionsgate family,” said Lionsgate Motion Picture Group Co-Chairs Rob Friedman and Patrick Wachsberger. “‘Boo! A Madea Halloween’ brings together two great Lionsgate traditions — Madea and a Halloween movie — and we know that audiences will find the combination outrageous, hilarious and unbeatable.”

Perry will play the roles of “Madea,” in addition to the roles of “Joe” and “Brian.” The film will also star Bella Thorne as “Rain,” Cassi Davis as “Aunt Bam,” Patrice Lovely as “Hattie,” Andre Hall as “Quinton,” Yousef Erakat as “Jonathan,” Lexy Panterra as “Leah,” Diamond White as “Tiffany,” Liza Koshy as “Aday,” Brock O’Hurn as “Horse,” Jimmy Tatro as “Sean,” JC Caylen as “Mikey,” Kian Lawley as “Bean Boy,” and Mike Tornabene as “Dino.”

Production is under way in Atlanta.