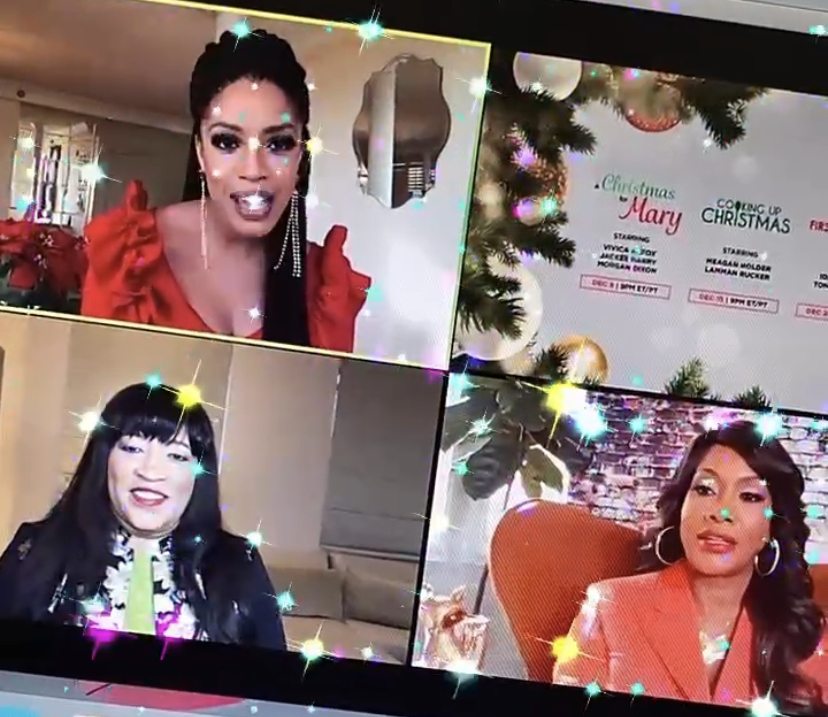 I had a wonderful time listening in on an OWN Network Zoom press conference yesterday afternoon! It was with Actresses Vivica A. Fox and the lovely Jackée Harry! They both along with Morgan Dixon will be in an upcoming holiday movie called, “A Christmas For Mary”. It’s the first Christmas film for the network. Vivica is also the Executive Producer of the film. She plays an Editor of magazine called, Vibrant.

Jackée stated that it’s such a great movie and she was super excited to be apart of it! She plays Morgan’s mom and tries to give lots of wisdom to her as she tries to find herself. She said to also look for a remake of Sister 2 Sister real soon. A Christmas For Mary is scheduled to premiere on OWN December 8th. Take a peek inside to hear the two ladies share with me their family traditions during the holiday season, it was fun to hear what they do as a family. Have a great weekend everyone!

Vivica was excited to share with us her family traditions. Telling us that she loves to travel back to her hometown of Indianapolis. She stays at her moms house and although she doesn’t cook that much, she does like to clean. She says she knows her place lol. After eating with her family they usually head to a Pacers game where they sit in the lodges and watch a game. Afterwards, they head back to the house and watch her old movies.

Jackée says that she is a new grandma to a 1-year-old and 3-year-old. She is looking forward to seeing them this year. She said she loves that she gets to spoil her grandkids and can give them right back lol! She’s planning on traveling to San Antonio, Texas to see them and looking for the biggest tree she can find. She plans on spoiling them a lot. Jackée let us know that she also makes a mean sweet potato pie as well lol.

I had a great time getting to know the ladies a little bit better and congrats to them on their new project! 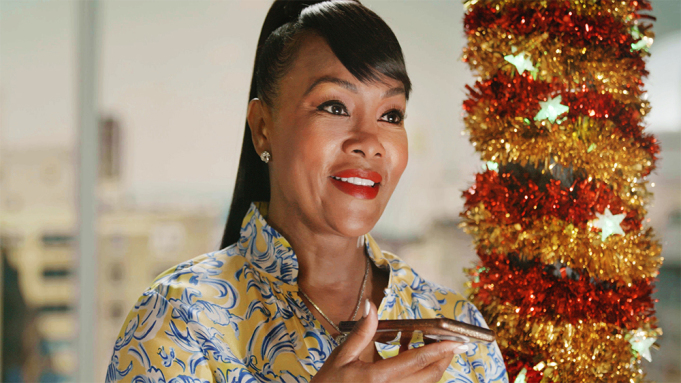 Vivica A. Fox stars with Jackée Harry and Morgan Dixon (Being Mary Jane) in a holiday tale of rediscovery and renewal when up-and-coming journalist Lena Jones (Dixon) is tasked with delivering a story by Christmas that will wow her boss, magazine editor Vivian Vaye (Fox), who is dangling a promotion to head writer over Lena’s head. Intrigued by a portrait of a mysterious woman painted by her late grandfather, Lena journeys to the small town of Pineville, where with her mother, Deborah’s (Harry) blessing and support, Lena uncovers a long-ago forgotten tale of young love that not only uncovers cherished memories of the past, but also inspires Lena to follow her heart and find her own true love … and her perfect Christmas story. A Christmas For Mary is produced for OWN by Hybrid and executive produced by Vivica A. Fox in association with Harpo Films.

A Christmas For Mary premieres Tuesday, December 8 at 9 p.m. ET/PT