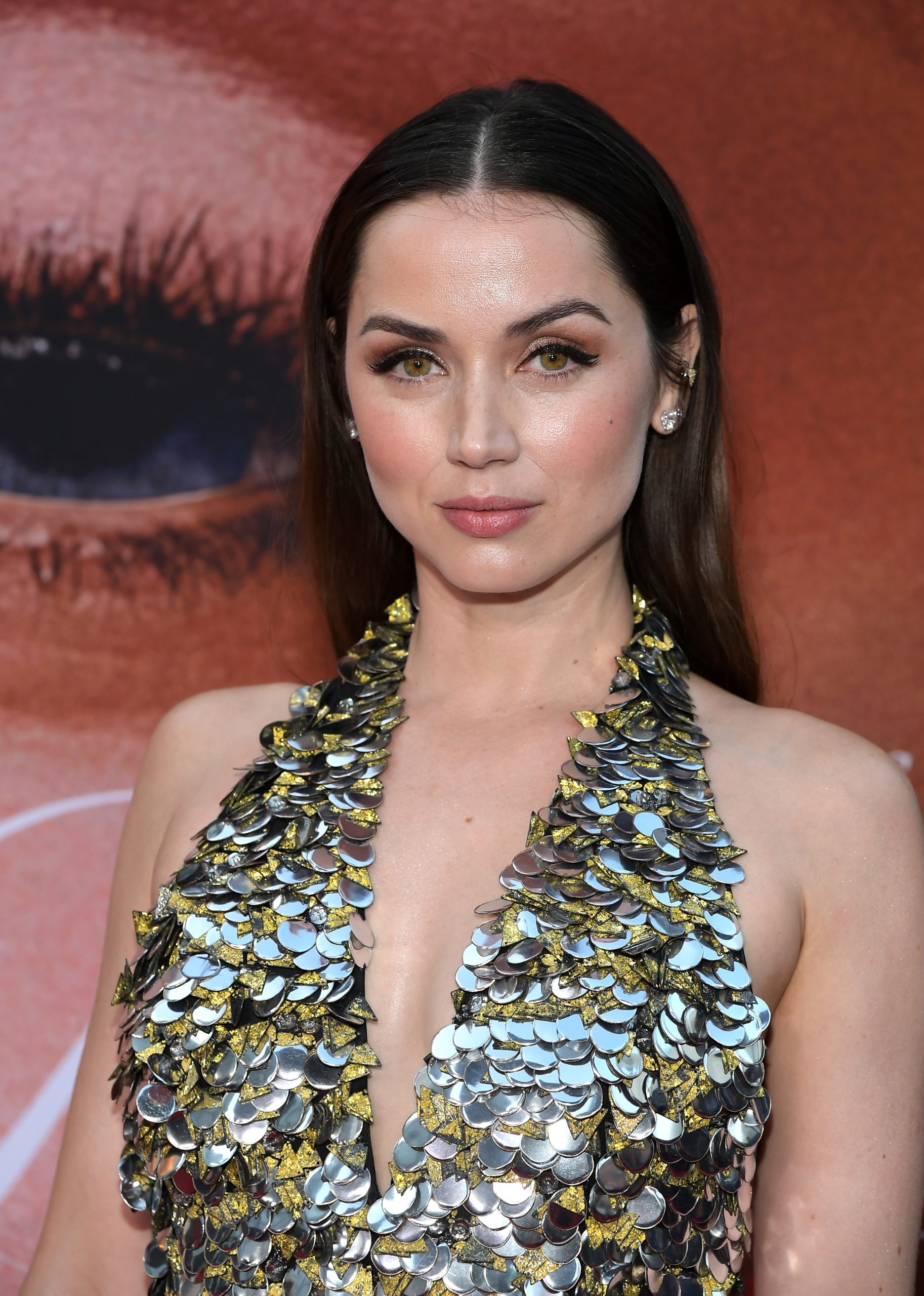 Actress Ana de Armas got dolled up for the premiere of her new upcoming film, Blonde that will be released in select theaters on Sept.16 and stream on Netflix Sept. 23rd. She brings the story to life about bombshell Marilyn Monroe also known as Norma Jean.

The film will show Marilyn’s traumatic childhood, her abusive relationships and her affair with John F. Kennedy, where she was just trying to find love and dealing with mental health issues.

On the carpet the 34-year-old actress wore a silver and gold embellished halter styled gown that was so elegant! She wore a middle part and straight blown out hair and a nude lipstick and minimal jewels. Loved this look on Ana. Step inside to see even more lovely shots of that dress…. 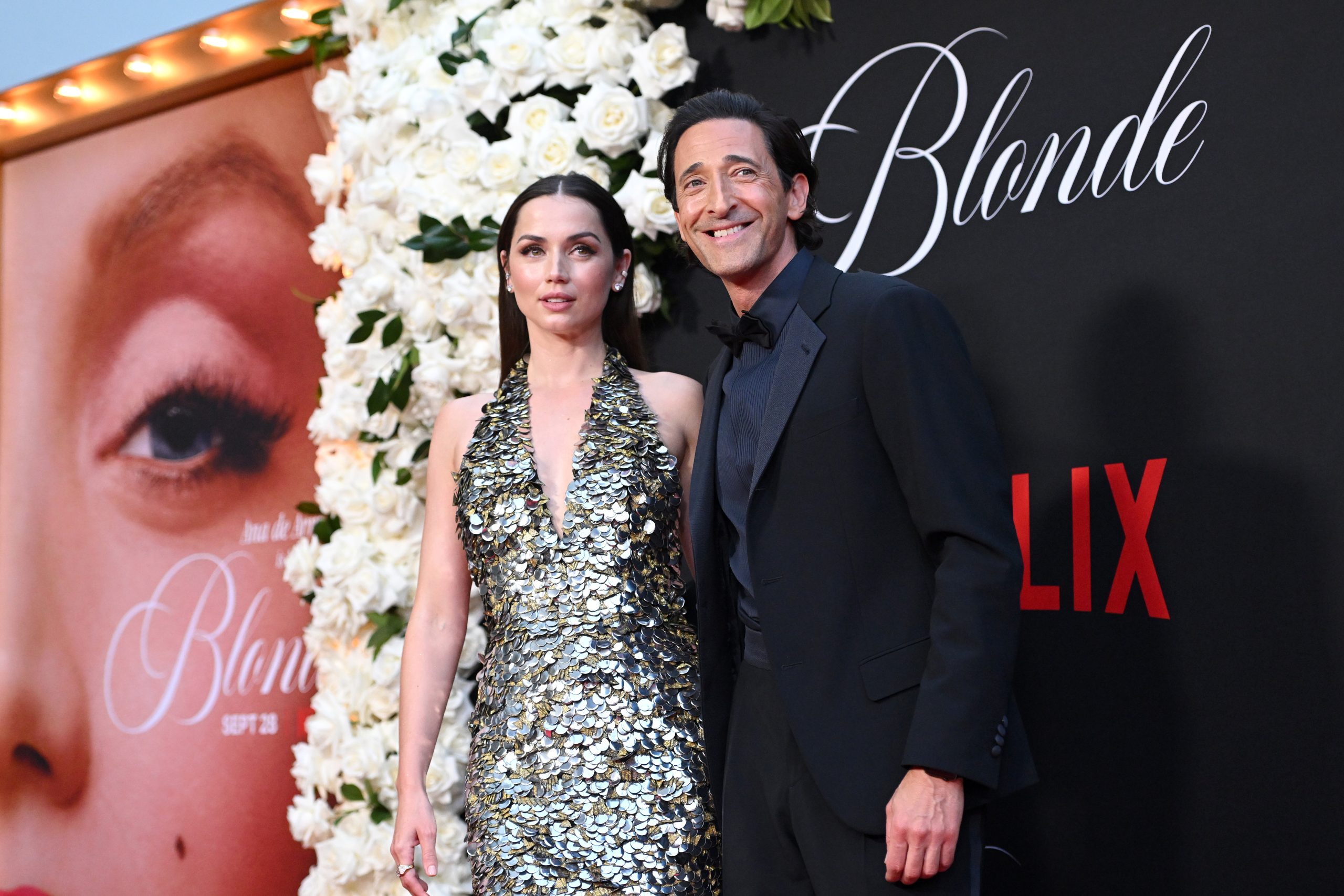 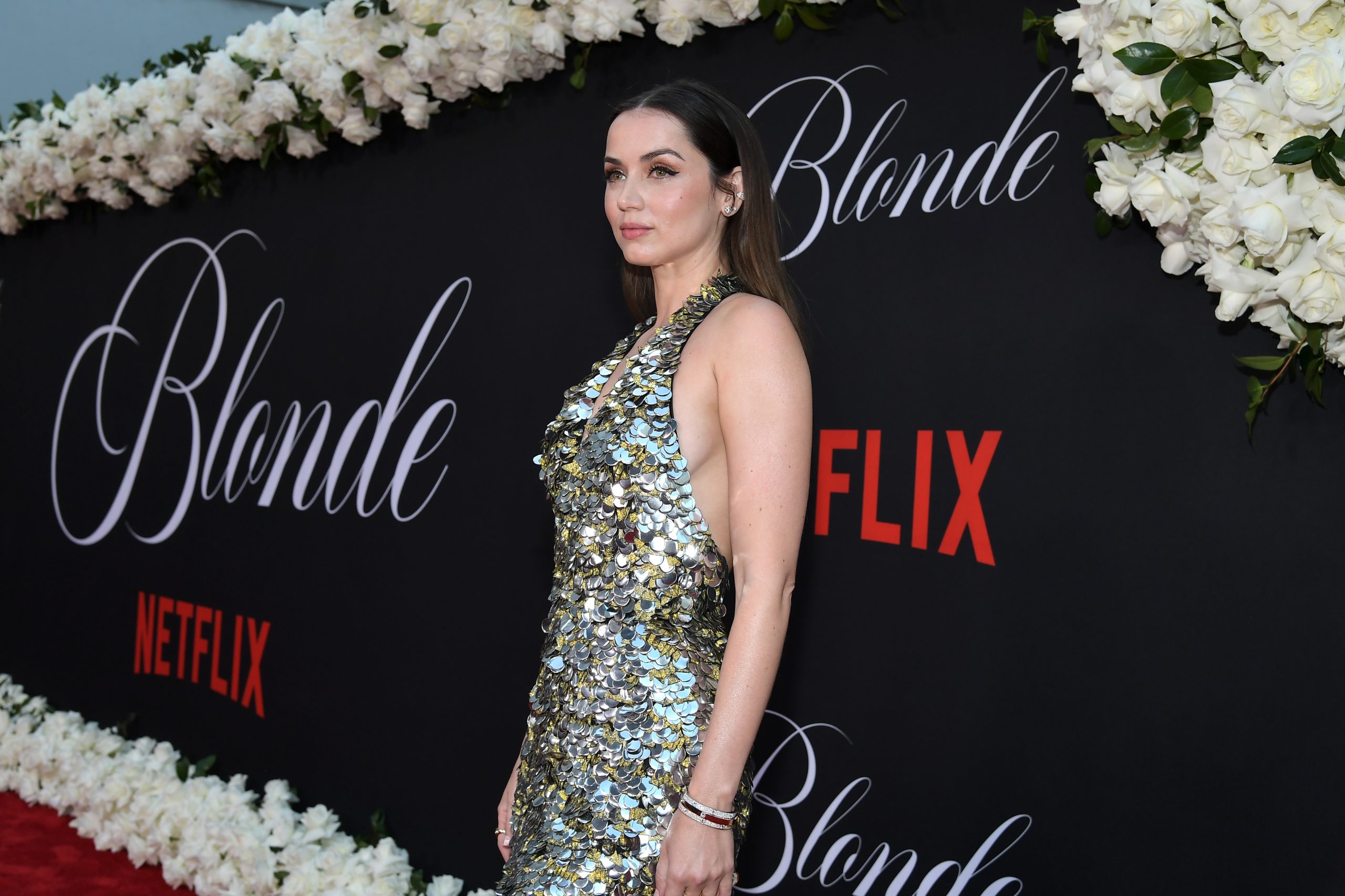 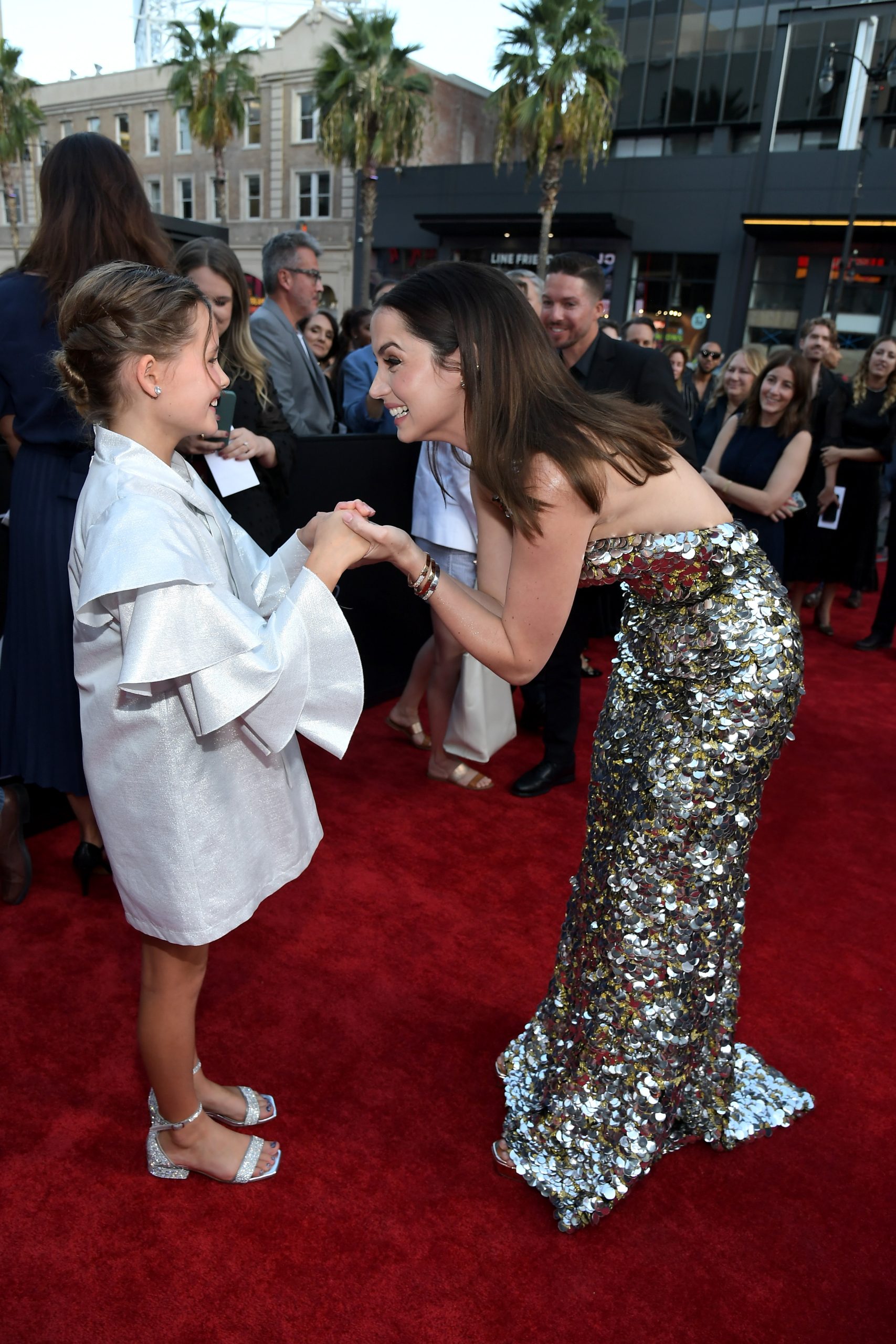 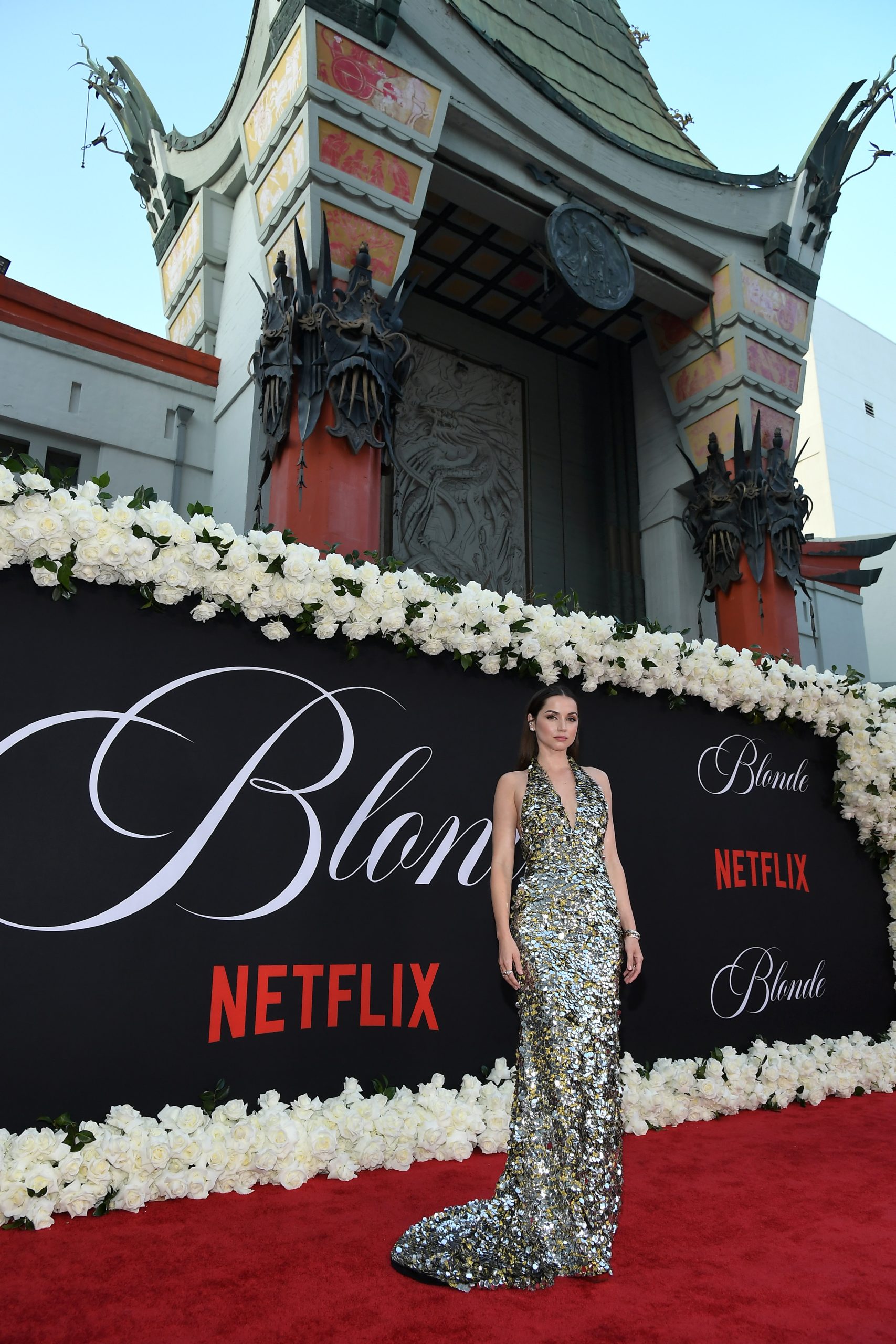 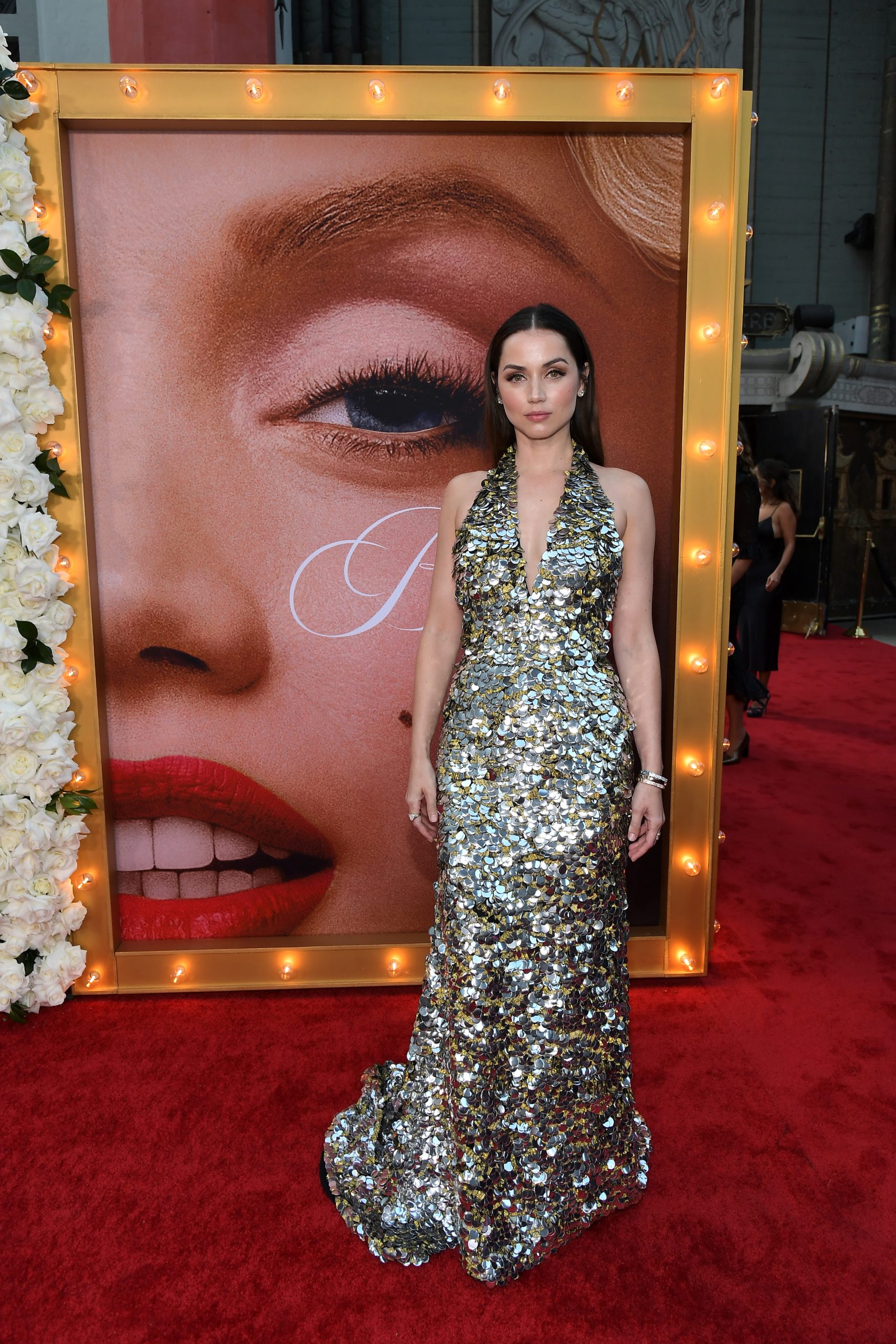