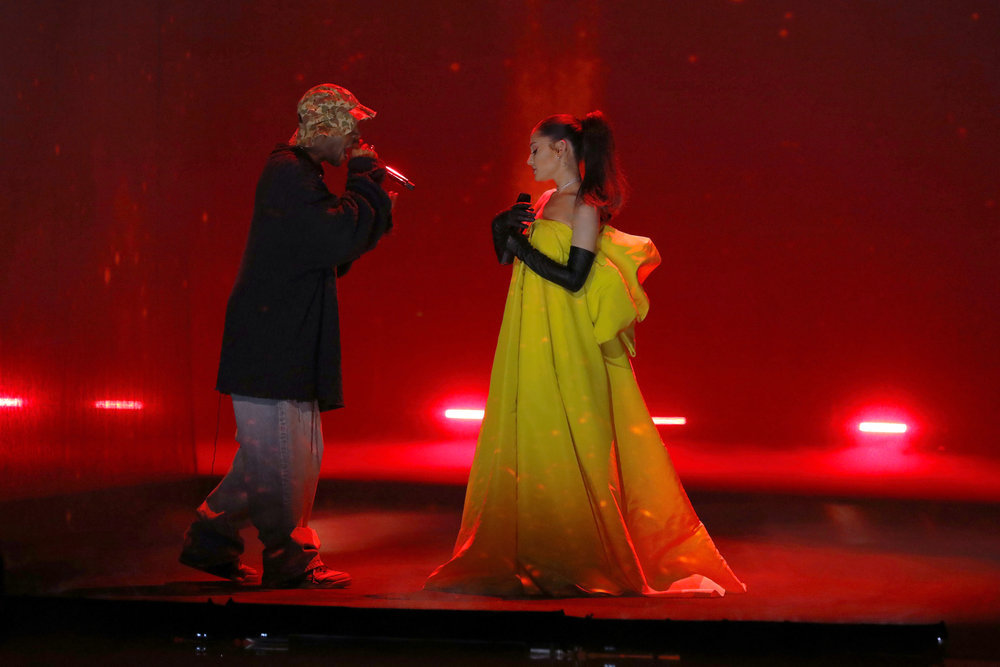 Did you guys catch the finale of The Voice? I missed it but saw photos of Ariana Grande and she looked incredible! On season 21 finale, the first-time coach performed with Kid Cudi on Tuesday to sing their song “Just Look Up”. You also will get a chance to hear this song featured in the Adam McKay’s Netflix film, “Don’t Look Up” and there’s also as a cameo appearance by Ariana.

For Ariana’s performance on The Voice, she wore a stunning floor-length yellow gown and black leather gloves. She wore gloves on the show most times too, must be her thing lol. Wearing her signature high ponytail, she completed her fashionable look! I have details on the couture gown she wore inside, have a blessed day everyone and congrats to the winners Caleb,Joshua and Bekah Liechty! They were the first group to ever win. 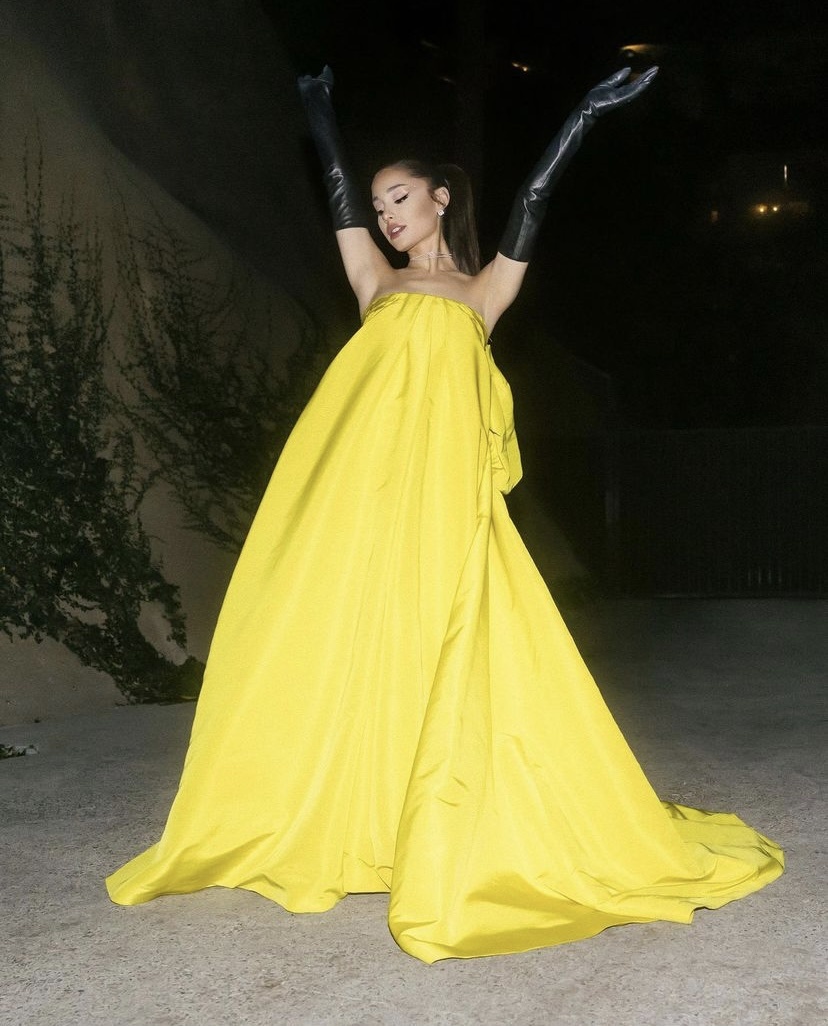 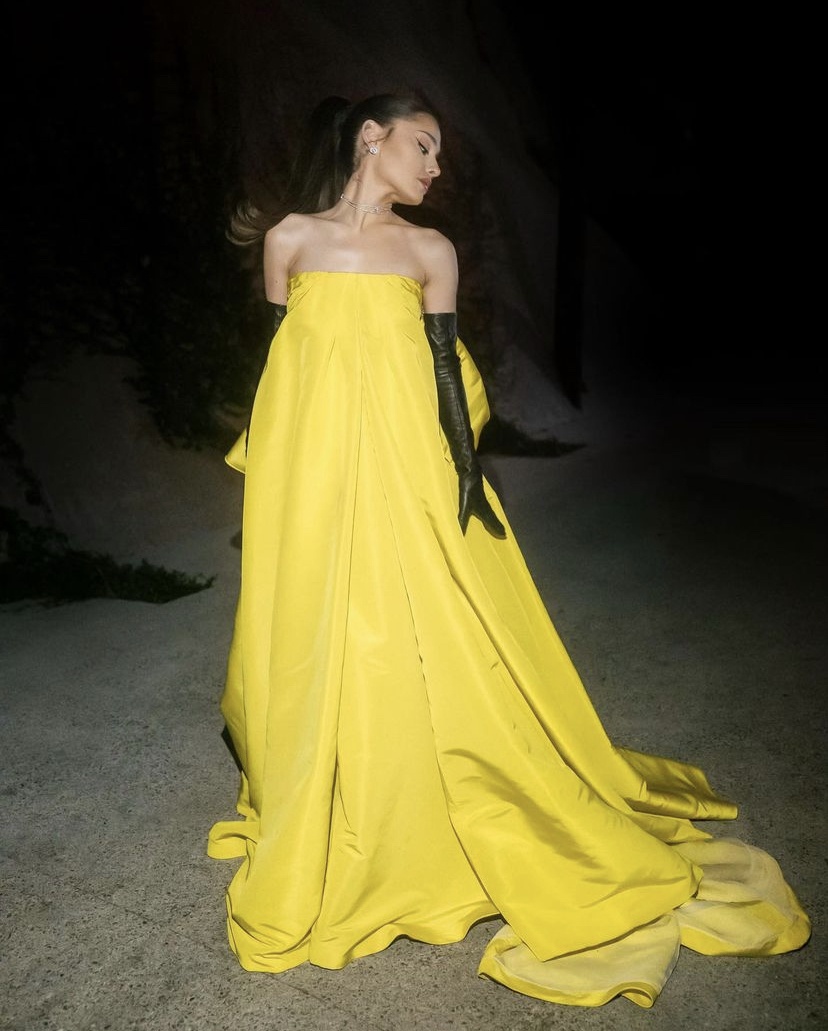 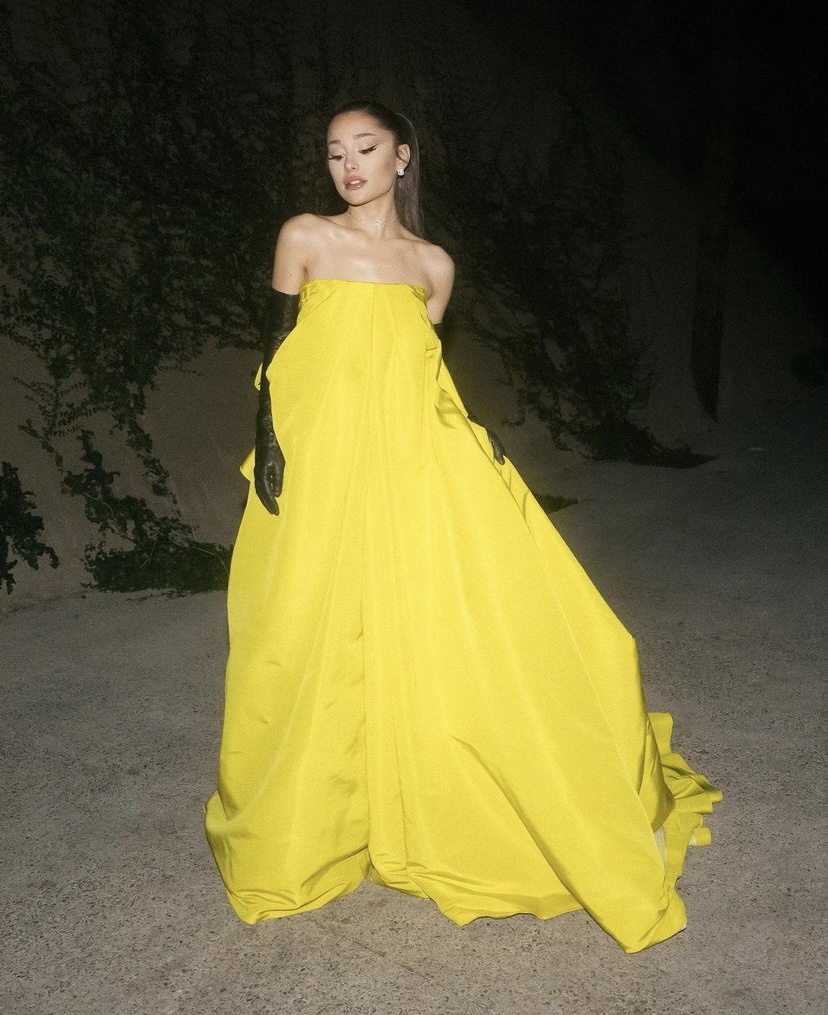 Ariana wore a couture Valentino gown from the Spring 2019 collection