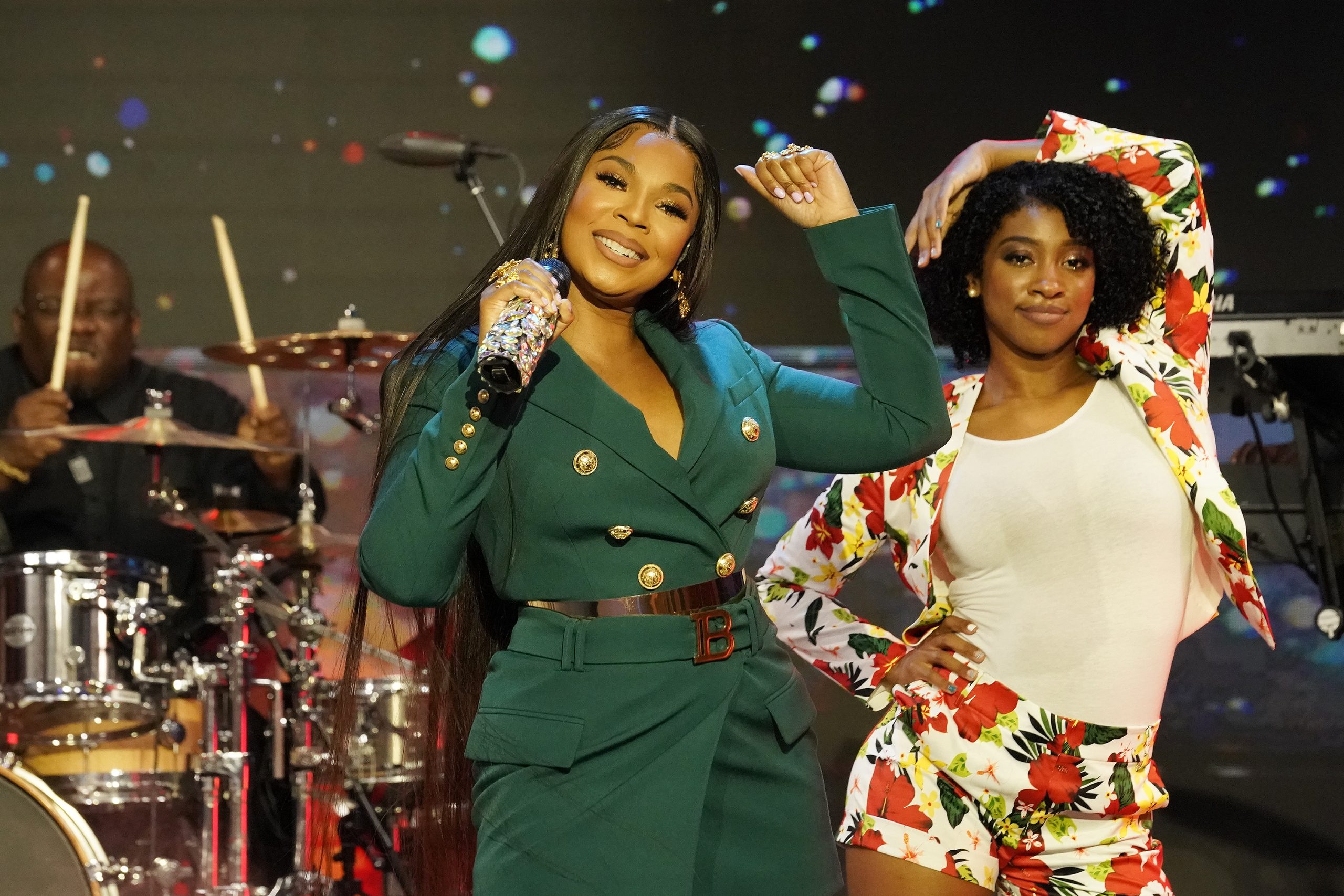 I love Ashanti she has always been a class act to me. Funny thing, I’ve never met her and maybe one day I will get to sit down with her! She was on Good Morning America today to promote her music and new book. Her along with Rapper Ja Rule song a few of their greatest hits.

Later the award winning singer sat down to chat about how she was inspired by Taylor Swift to re-record her debut album, which was released 20 years ago. She wants to own her own masters, so she is in the studio re-recording her past hits. It should be out later this year.

Ashanti has a new book out too called, My Name is a Story, it’s about celebrating your unique name. I loved her green double breasted midi-dress that she wore during the interview portion, very lady like and giving boss chic right? I have the details on the designer look inside and more pictures… 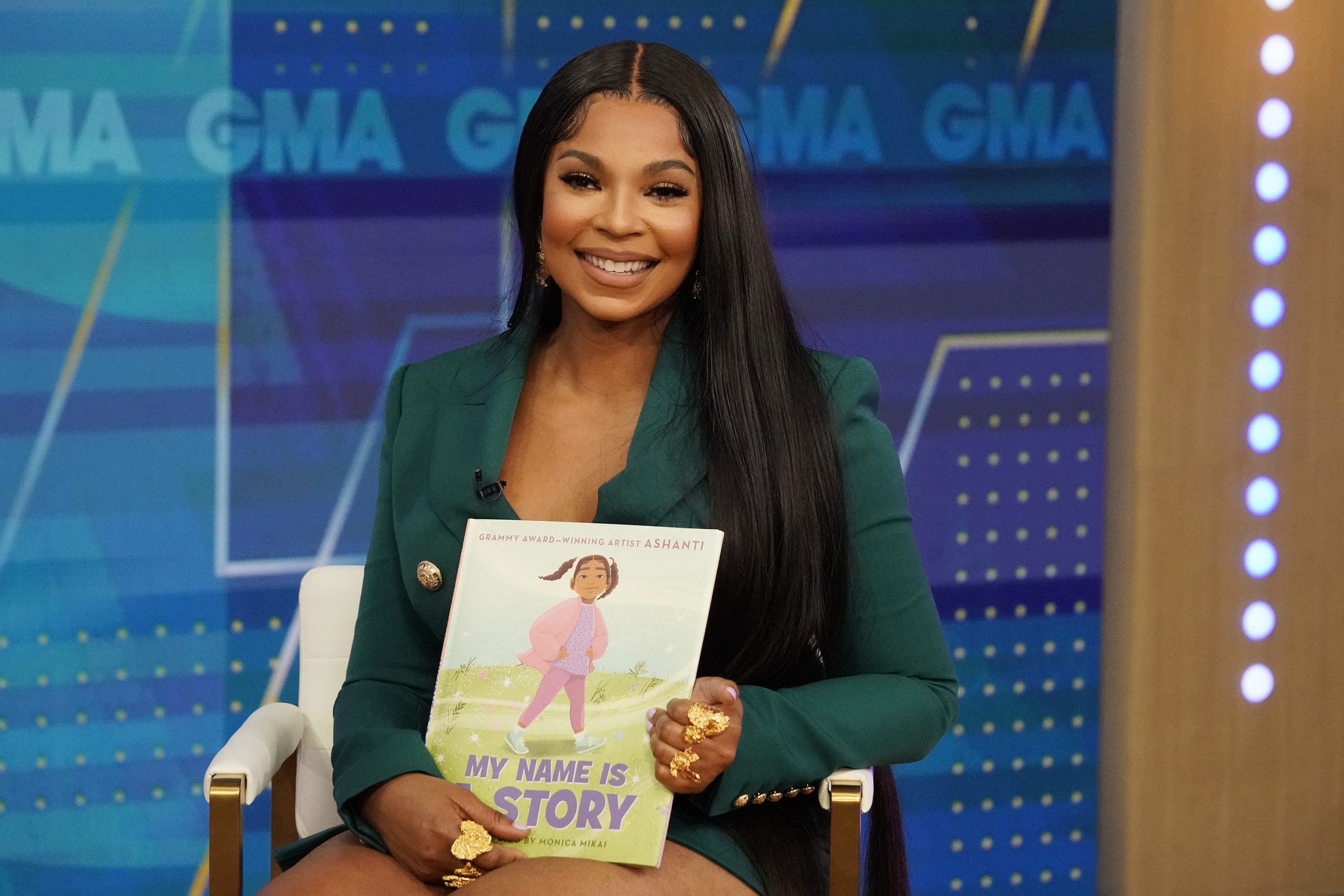 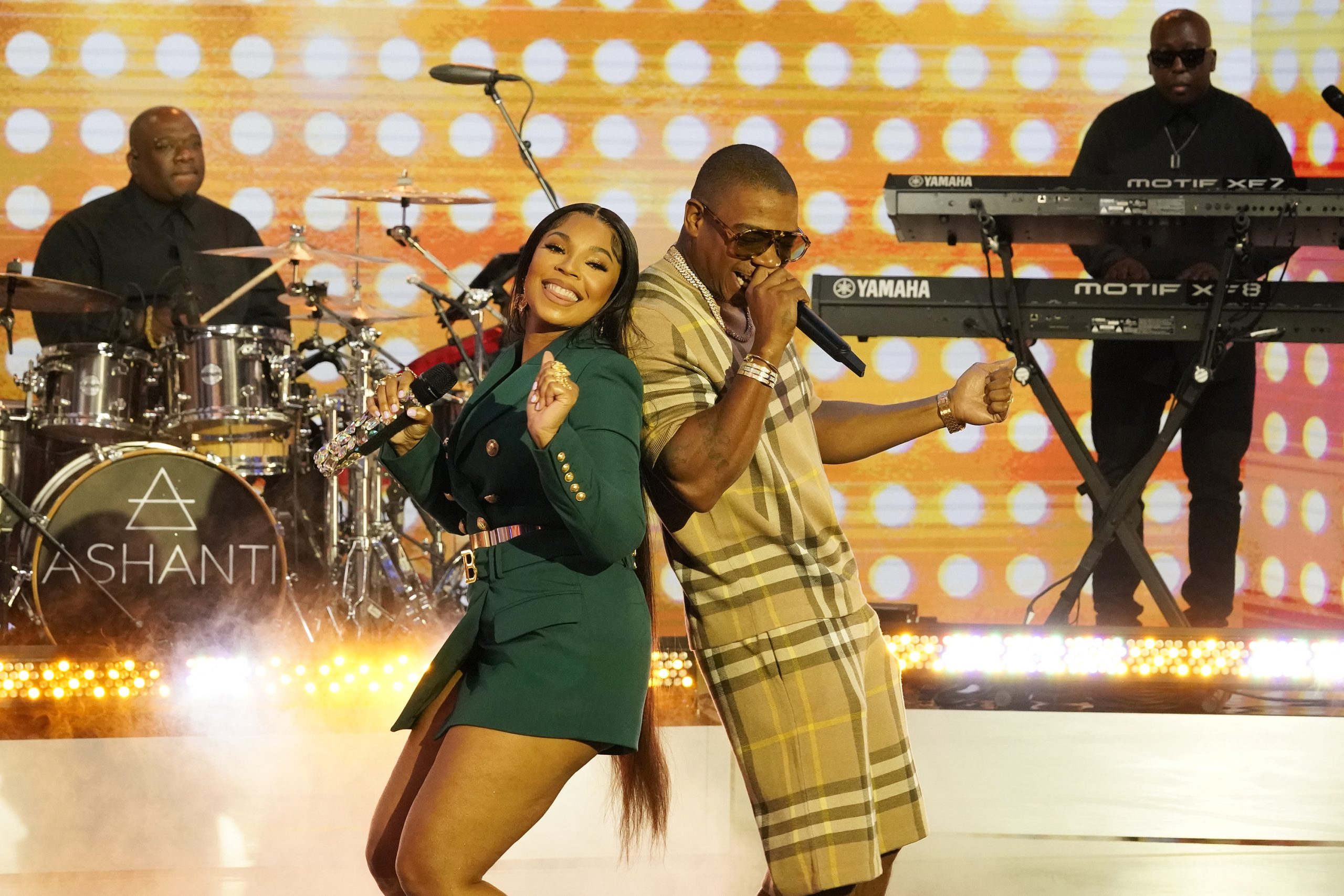 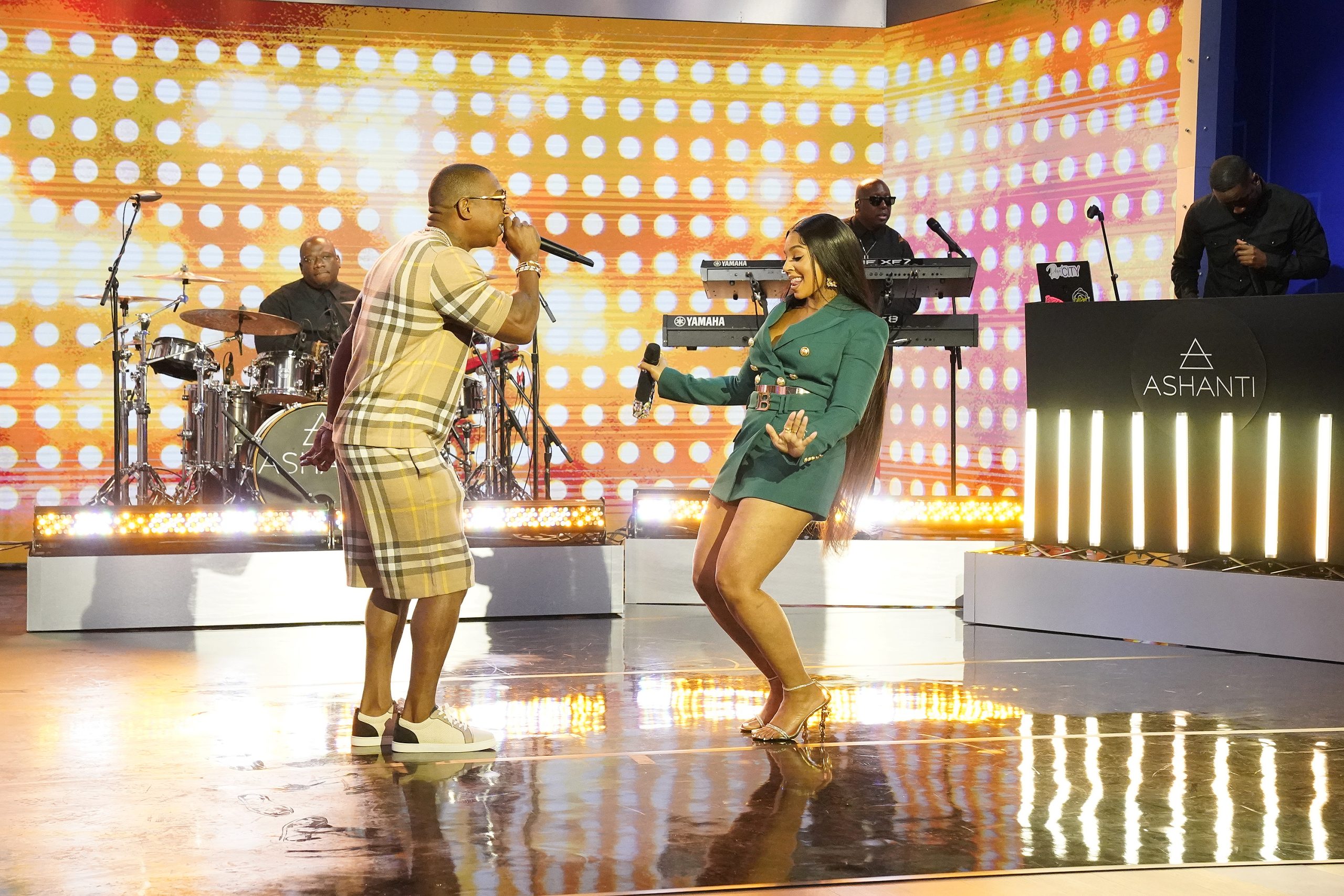 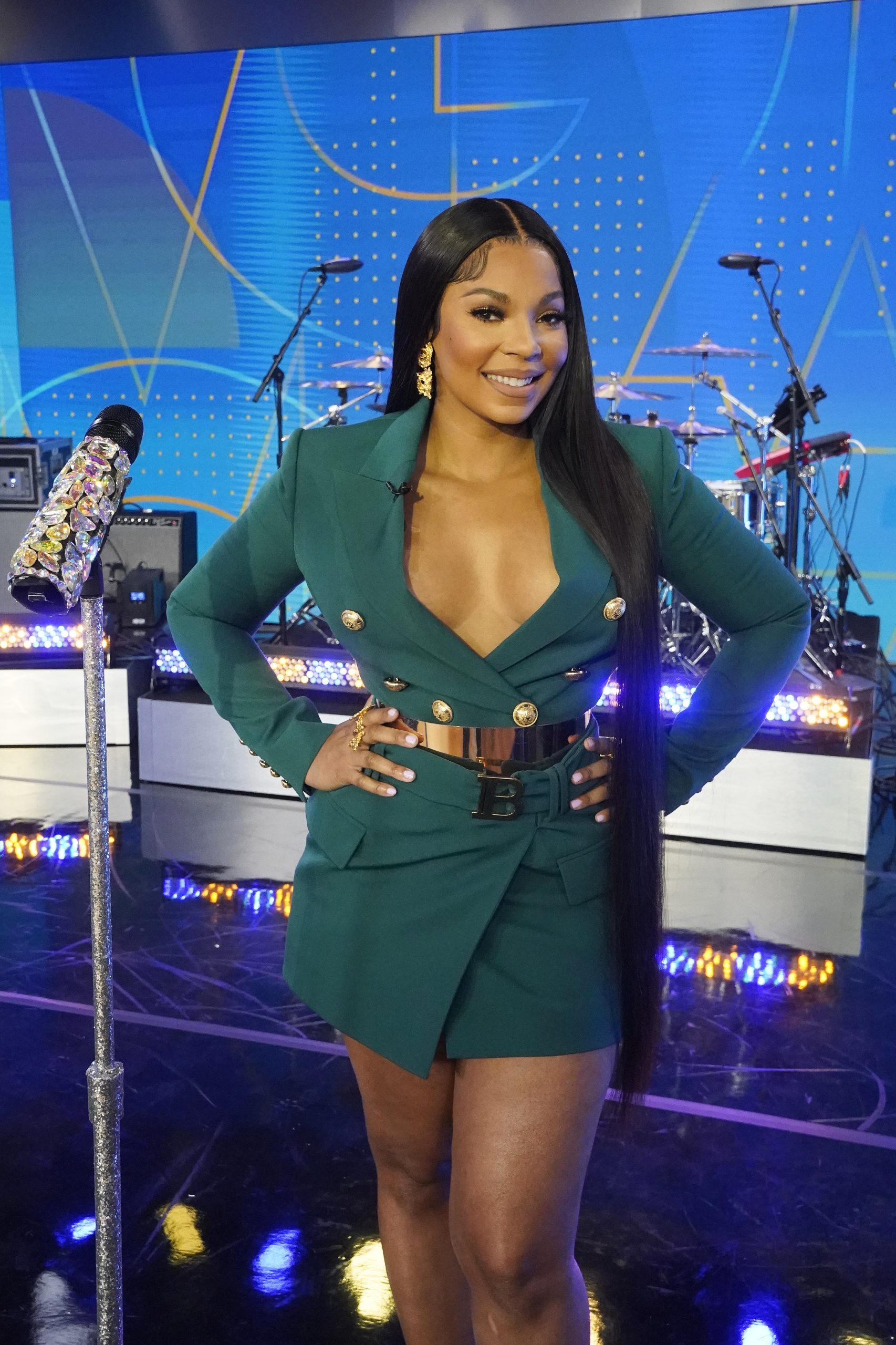