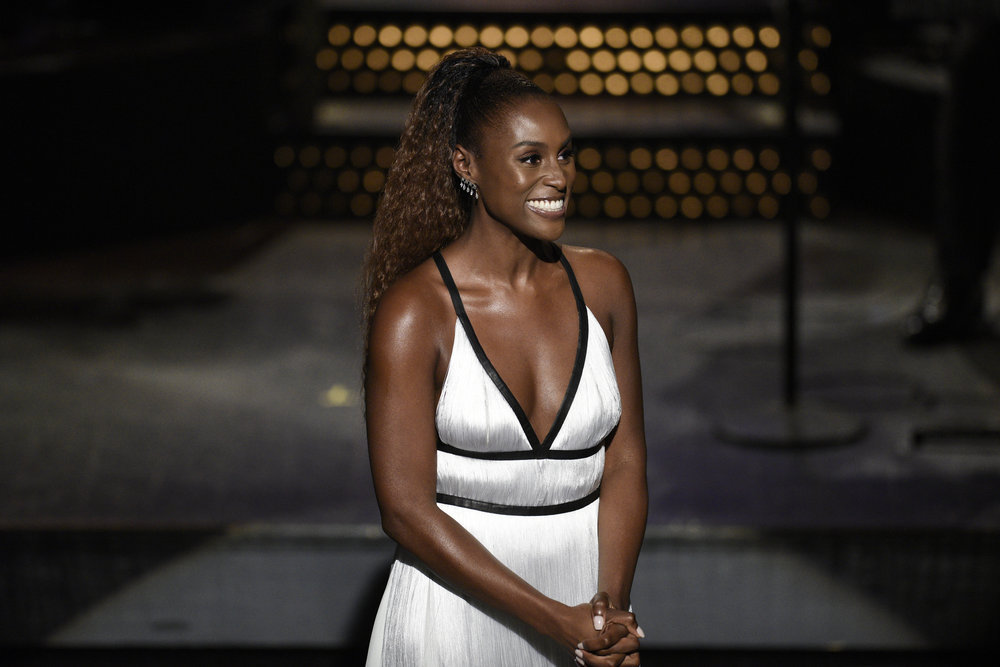 First-time host and comedian Issa Rae made an appearance on Saturday Night Live on Saturday, October 17th. She discussed hosting SNL for “no reason” and her show Insecure premiering amidst the 2016 election. People are raving on how funny she was. Justin Bieber was also the musical guest. This morning fans of the show were talking about her sketch she did dissing rapper Kanye West. In the “Your Voice Chicago” sketch, the Insecure creator played an attorney representative for the NAACP who made an appearance on a daytime talk show, Keenan Thompson was her anchor.

Issa said she was “voting for everybody black”. She went on to say, “When we come back, we’ll talk about the presidential race between Donald Trump, Joe Biden and Kanye West,” Kenan’s character added, with Issa chiming in, “Kanye? F him!”

On the show, she wore a white satin haltered styled dress with high wavy ponytail. I have the details on the designer dress she was wearing inside. Step in to see more pictures and what she was wearing. Have a fab day everyone! 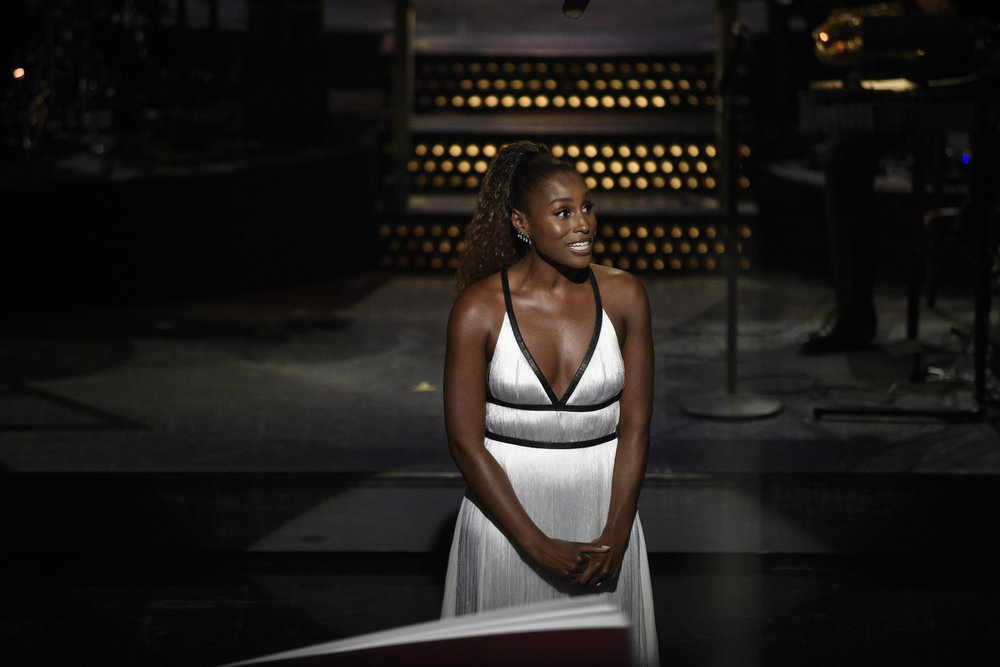 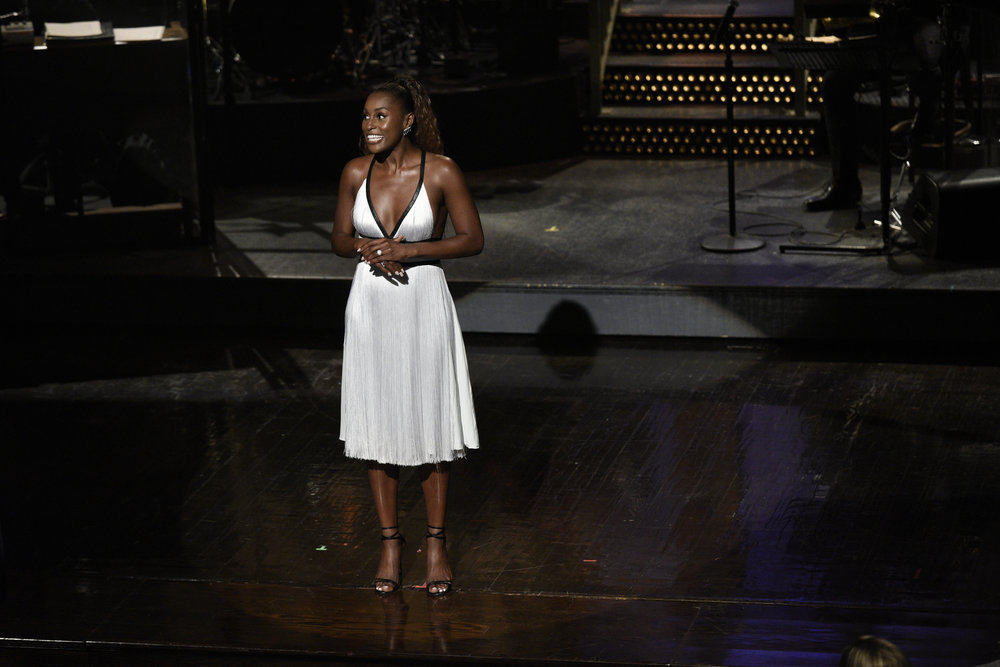