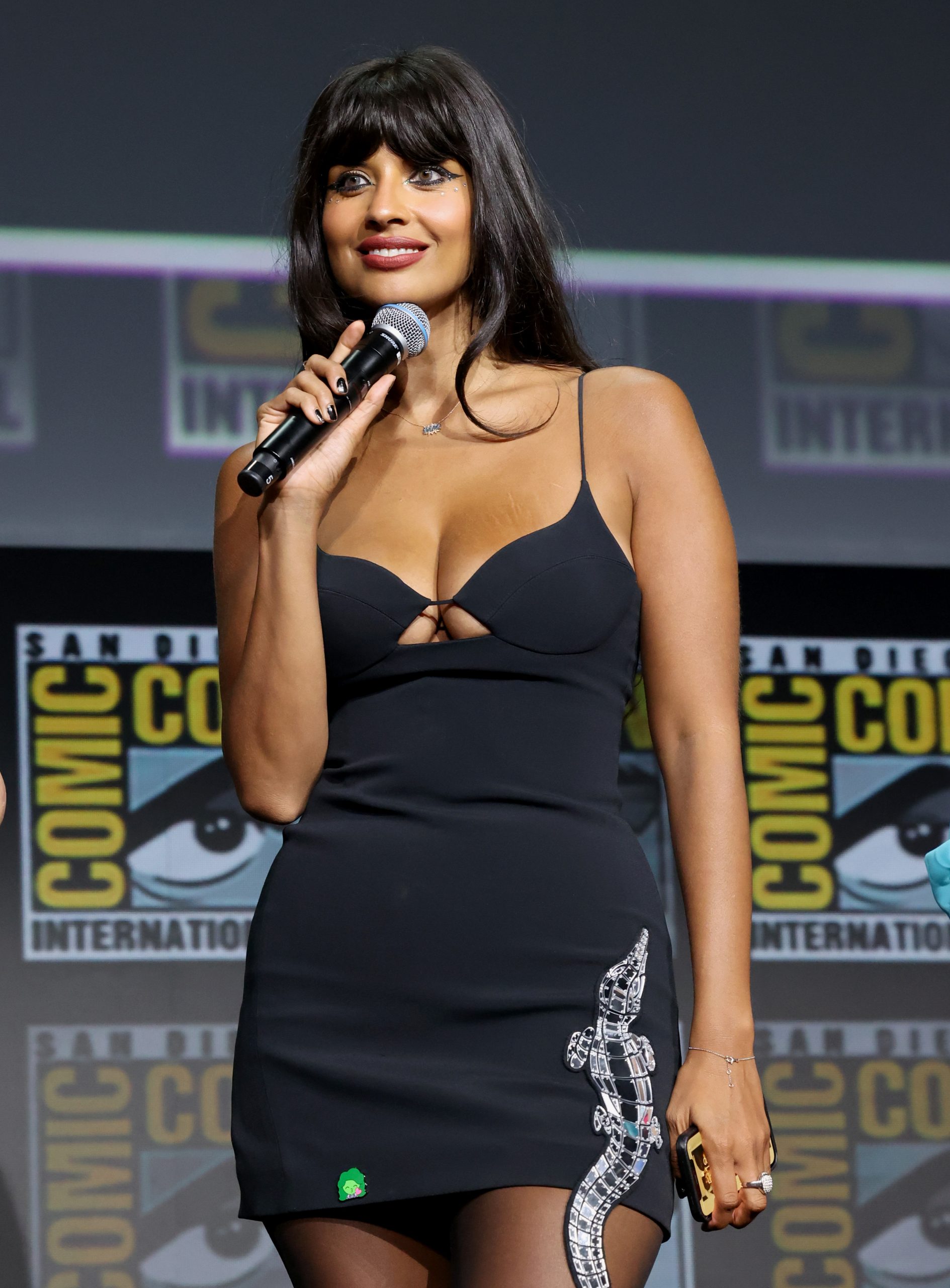 Fans won’t have to wait long for the next Phase 4 title with “SHE-HULK: ATTORNEY AT LAW” debuting exclusively on Disney+ August 17, 2022. Directors Kat Coiro and Anu Valia, and head writer Jessica Gao, were joined by cast members Tatiana Maslany, Ginger Gonzaga and Jameela Jamil for a lively Q&A about the new series. The audience saw a new trailer, which is also available to download and share now.

In Marvel Studios’ “She-Hulk: Attorney at Law,” Jennifer Walters (Tatiana Maslany)—an attorney specializing in superhuman-oriented legal cases—must navigate the complicated life of a single, 30-something who also happens to be a green 6-foot-7-inch superpowered hulk.

At Comic-Con, Jameela wore a sexy black stretch dress that featured spaghetti-style straps and hand embroidered plexiglass crocodile on the hem. She looked really cute and I have details on the designer dress she was wearing inside… 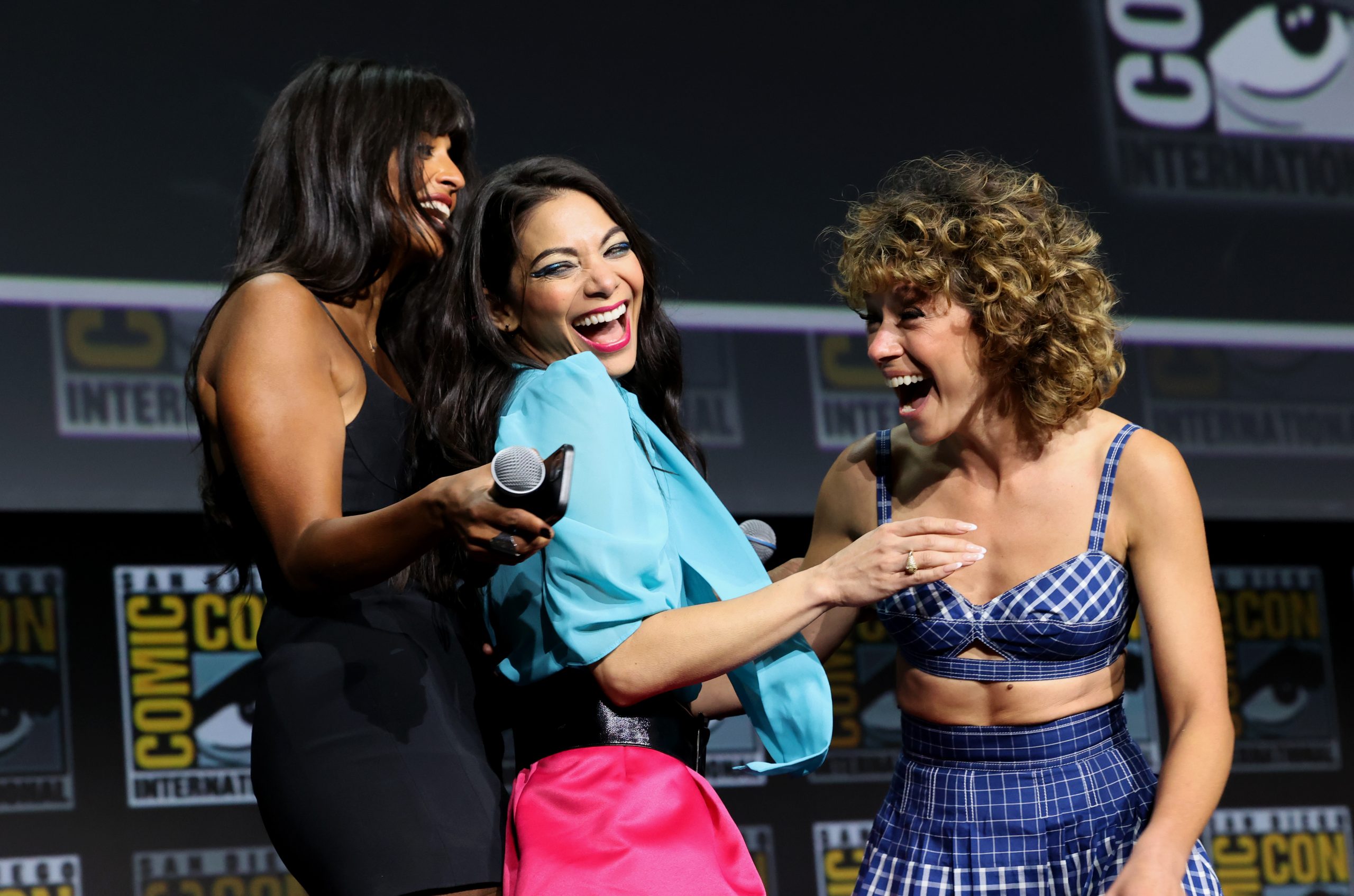 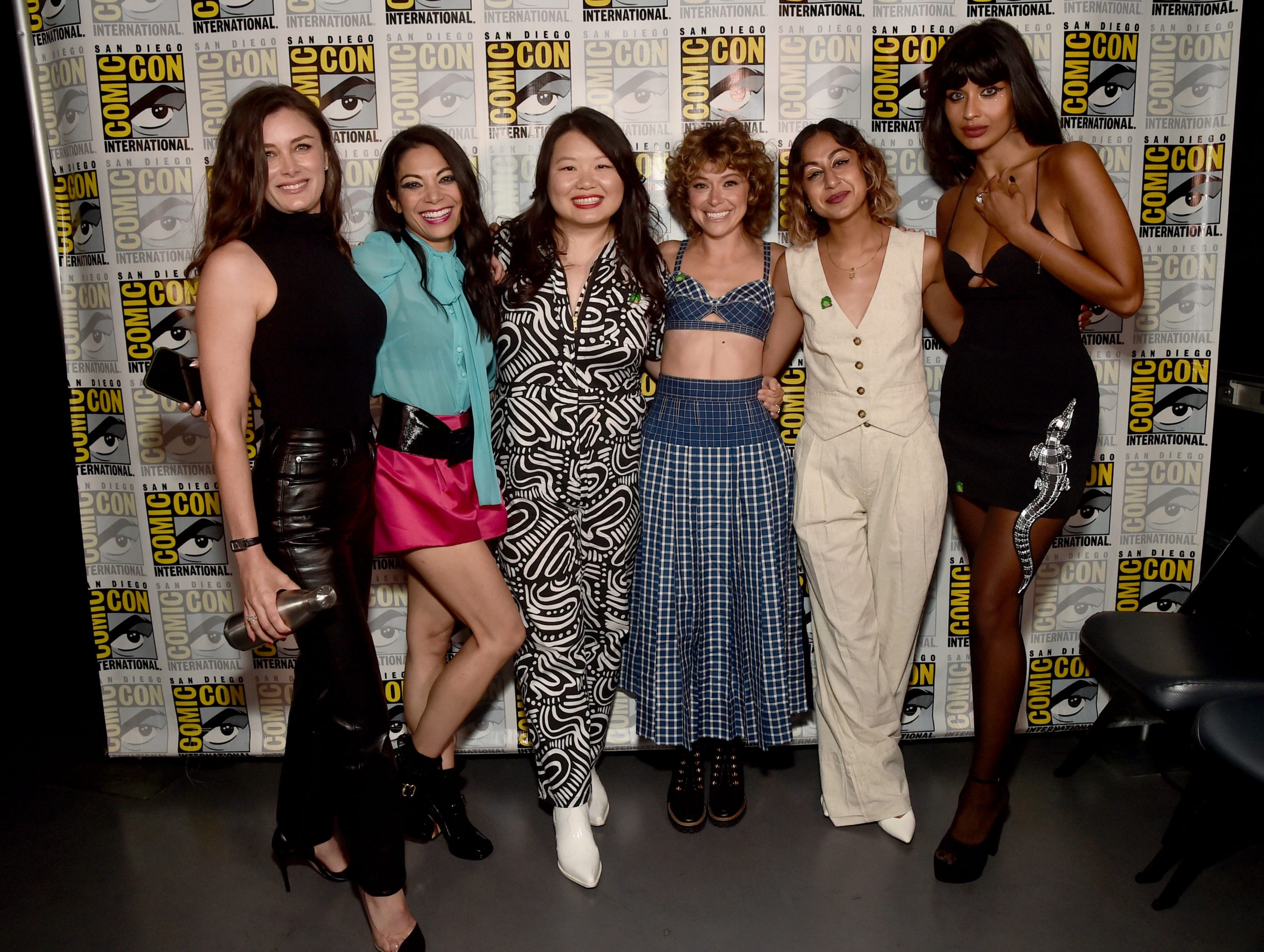 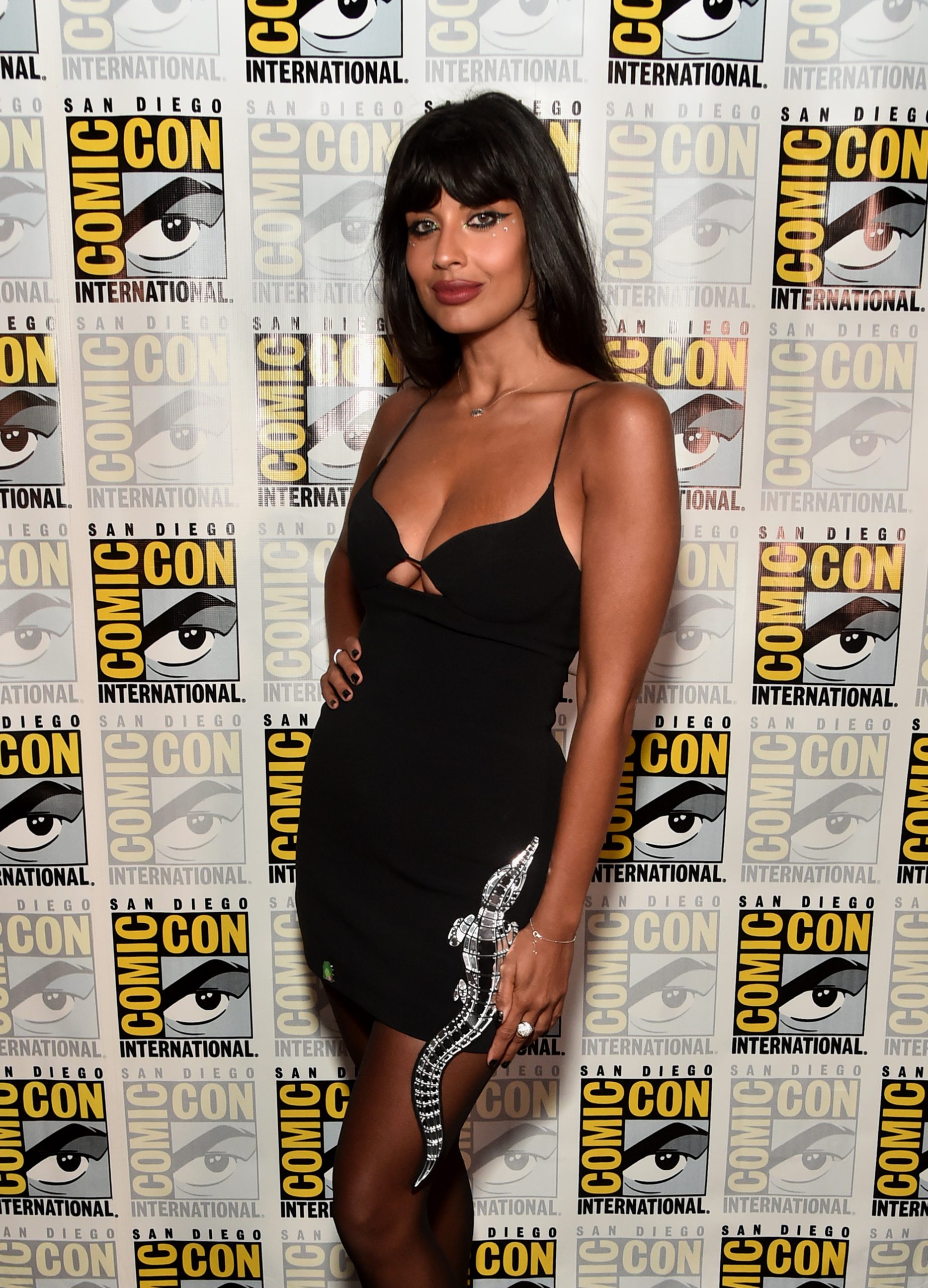