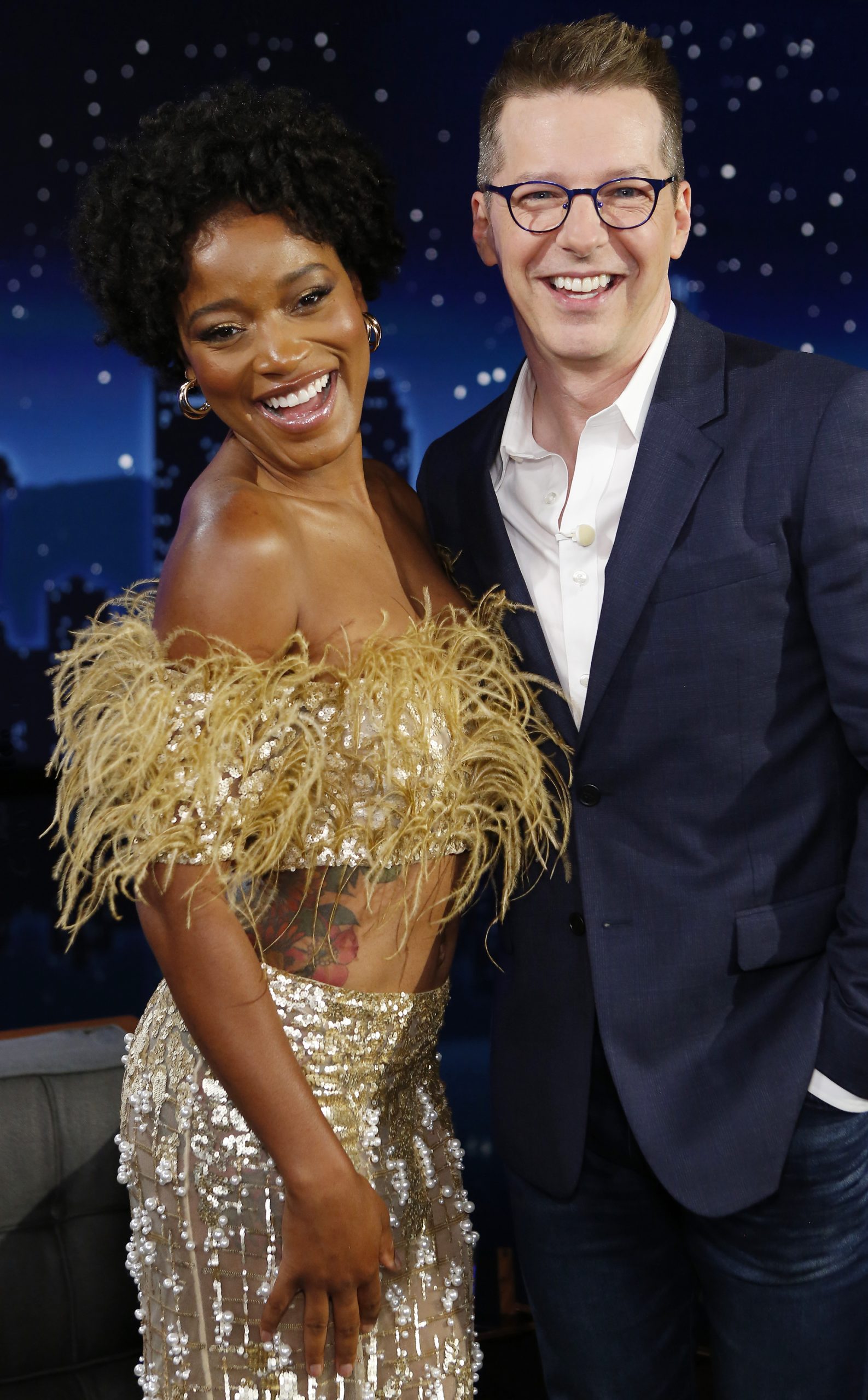 Actress KeKe Palmer made an appearance on Jimmy Kimmel Live last night with guest host Sean Hayes! She wore a huge smile wearing a gold furry frock for her appearance.

Keke talked to Sean about shooting her new movie Nope with Jordan Peele, her parents being super in love and flirting in front of her, her mom attacking trolls on Twitter, and getting an Emmy nomination for her Facebook Watch show “Turnt Up with the Taylors.” I have the details on her look inside and a video clip, have a great day everyone! 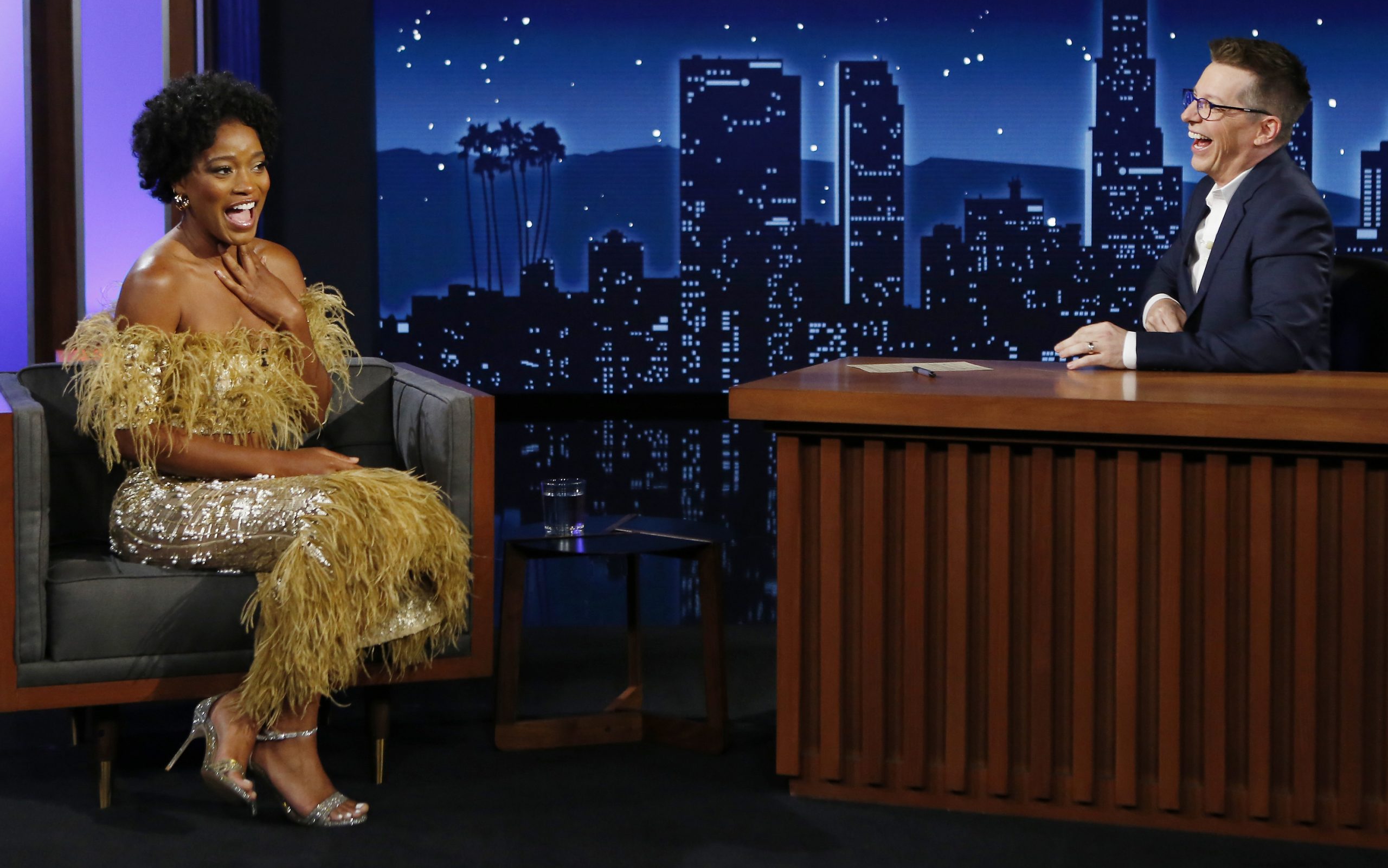 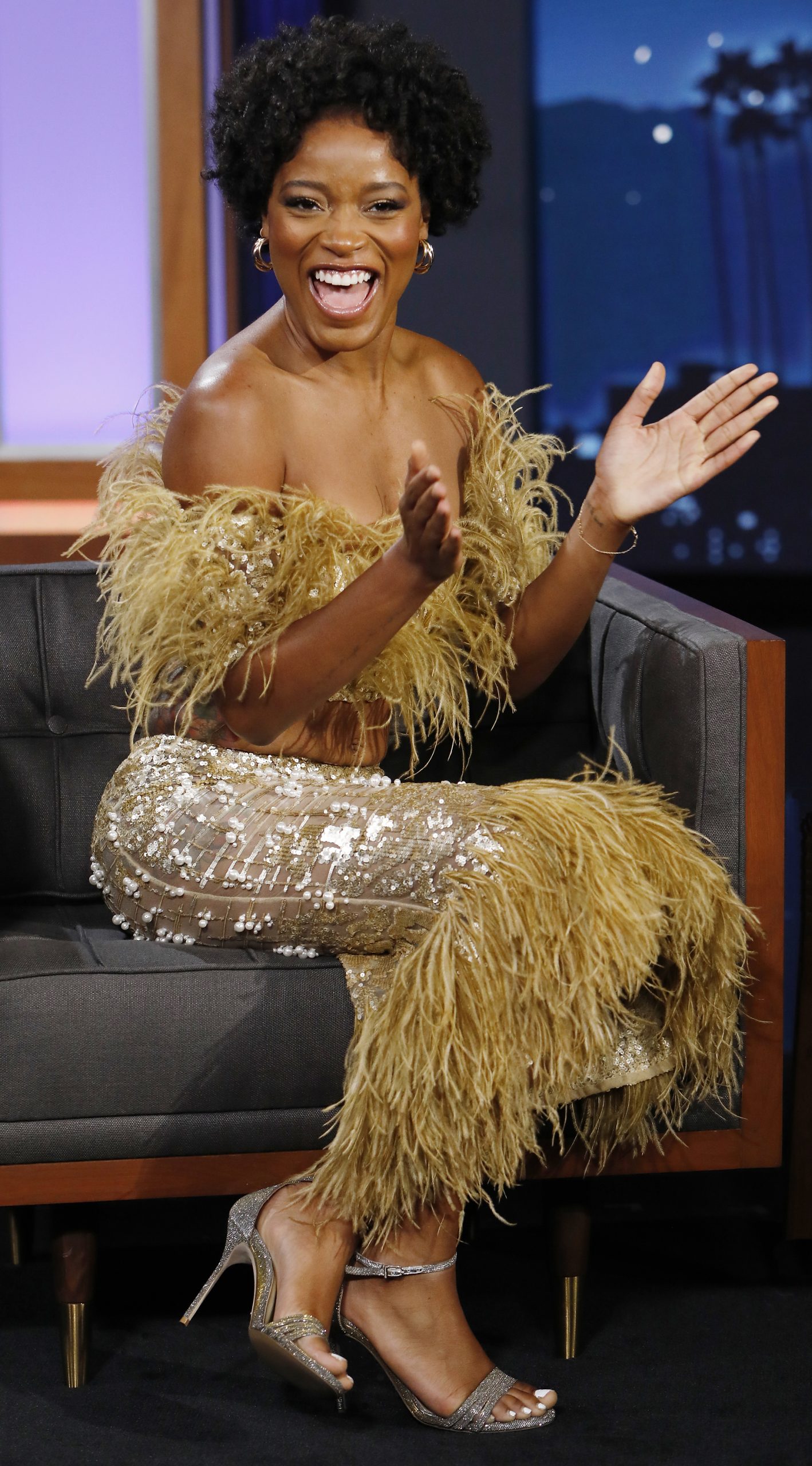