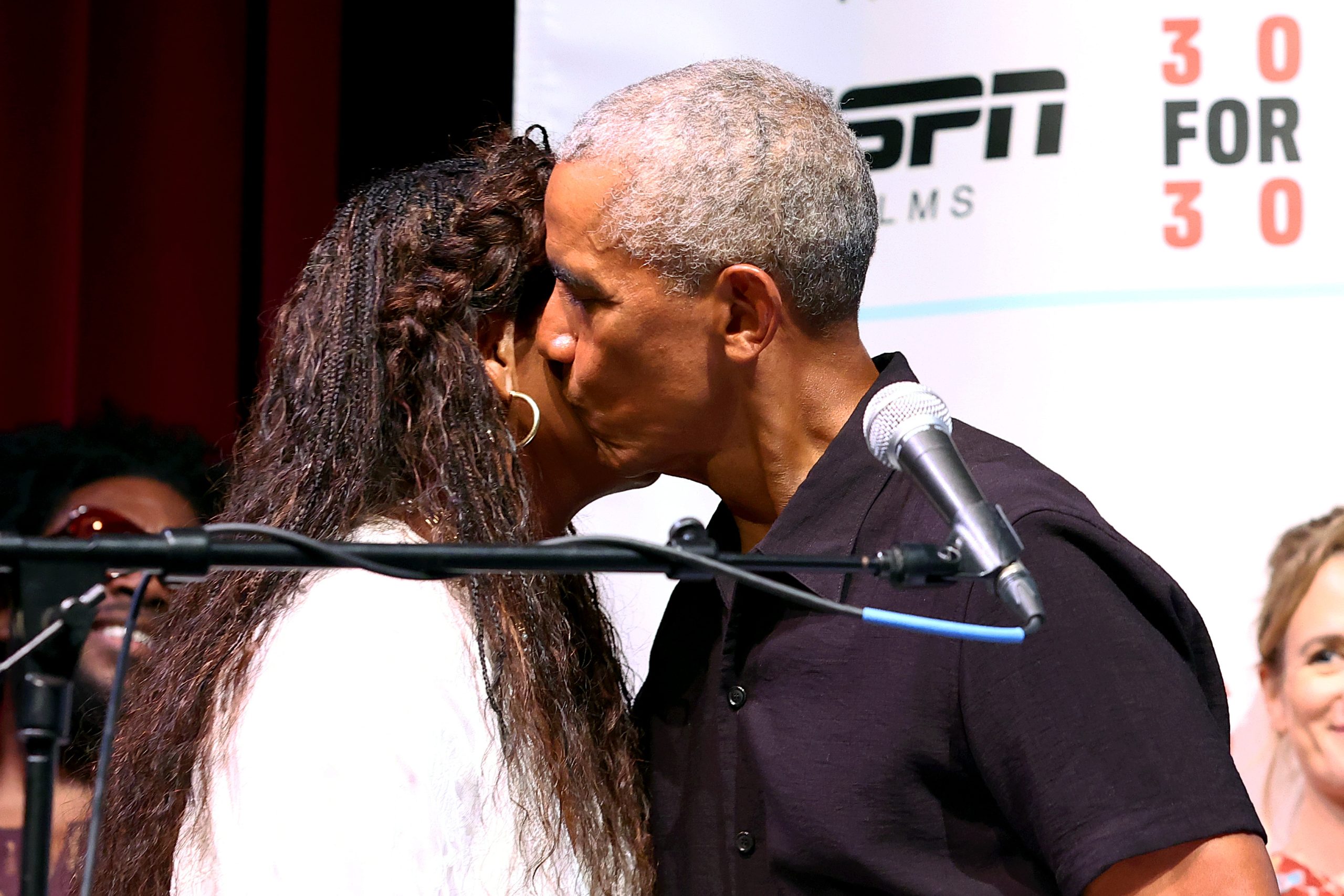 How lovely did former First Lady Michelle Obama look while attending the African American Film Festival premiere for the Netflix Documentary film, Descendants at Martha’s Vineyard in Edgartown, Massachusetts. She looked like she was enjoying a nice summer day wearing a pretty She was there alongside her husband former President Barack Obama. The couple came out and introduced the screening of the film which follows descendants of the Clotilde’s last known slave ship to illegally bring captives from Africa to the U.S.

I loved the v-neck flowy white dress with slit and she topped it off with a pair of gold hoops, and brown flat sandals. See more pictures inside…. 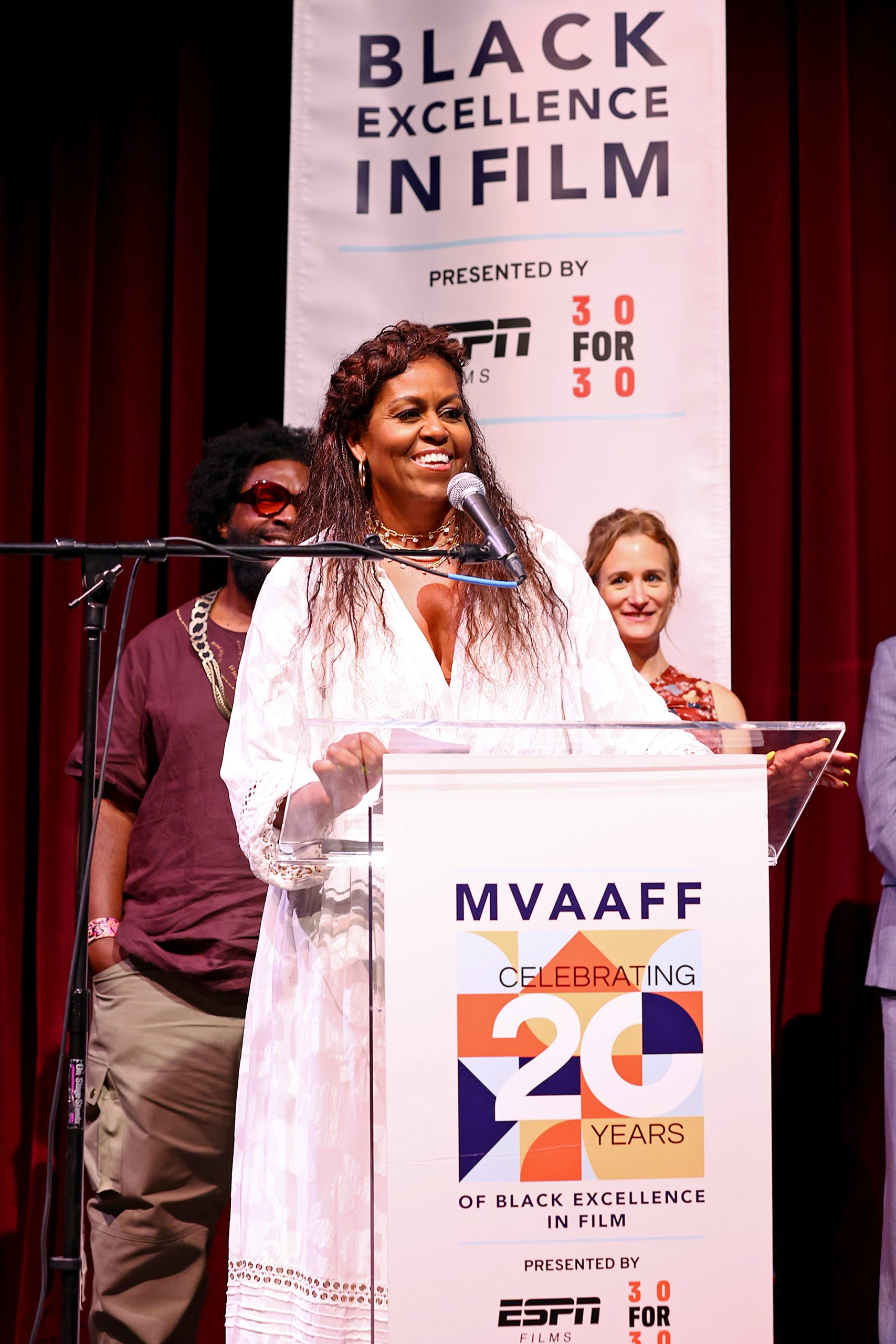 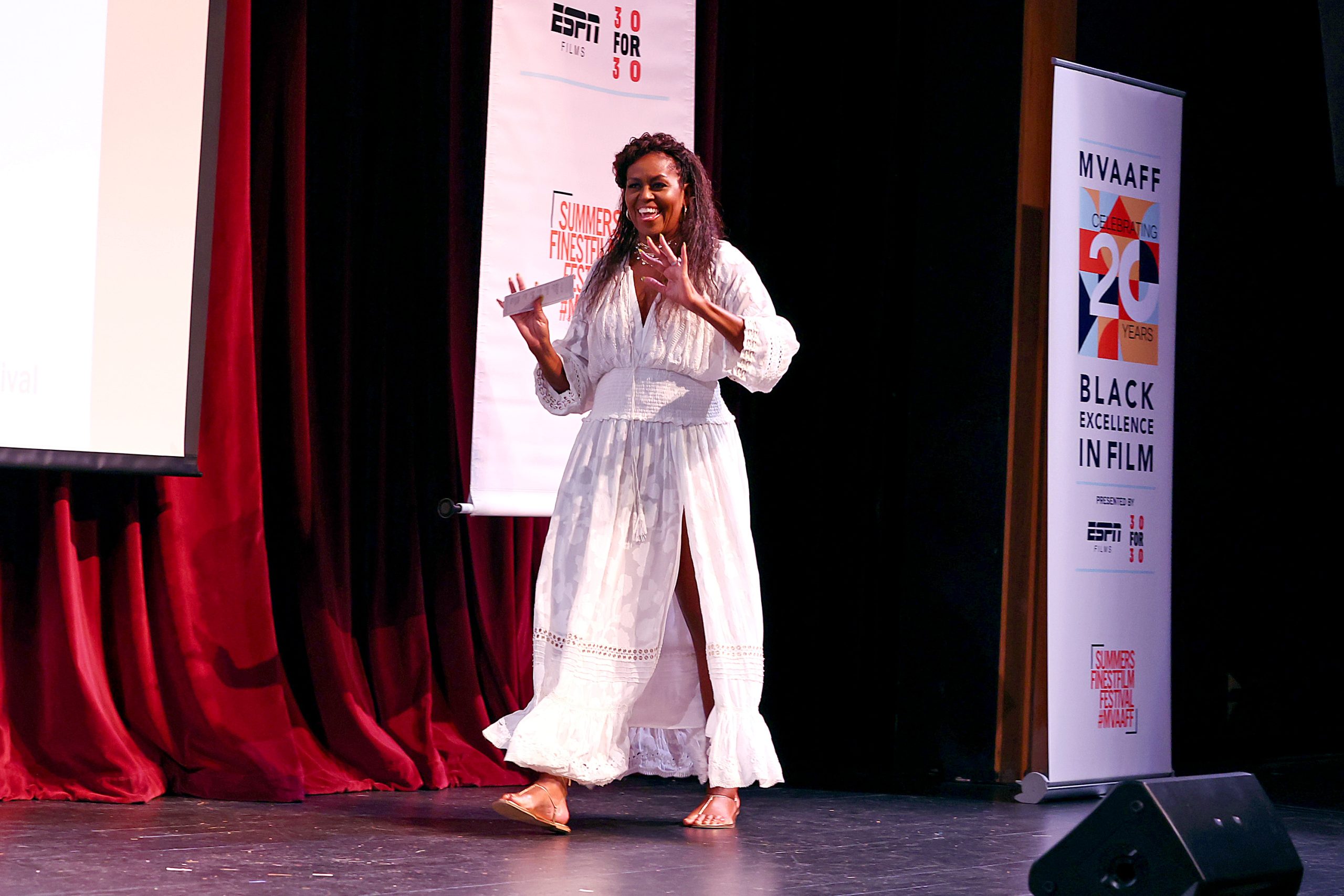