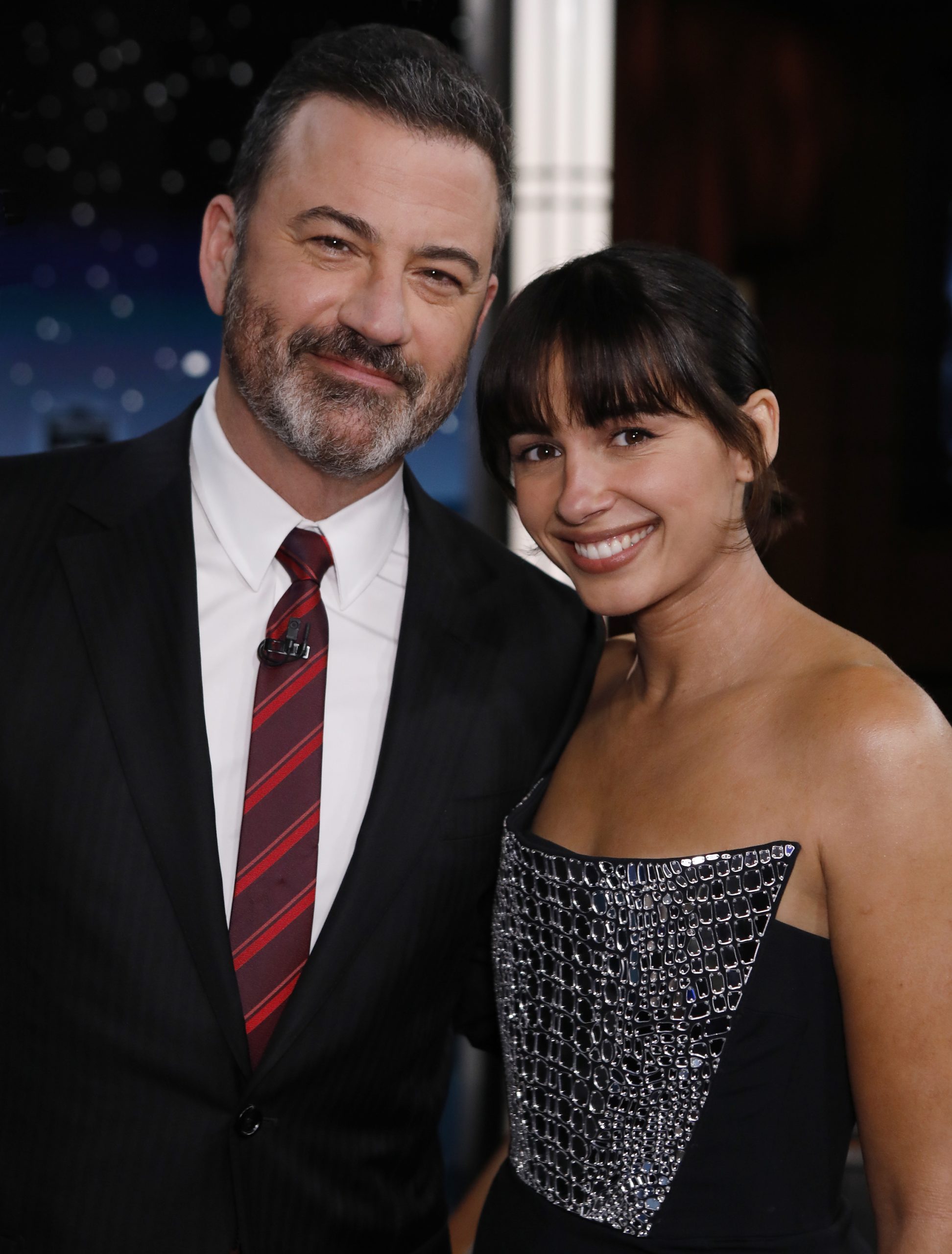 Actress Naomi Scott made a guest appearance on Jimmy Kimmel Live on Thursday, April 21st, where she promoted her new film, ‘Anatomy of a Scandal.’ Naomi talked about being a Golden State Warriors fan, her husband playing professional soccer, being kicked out of one of his games for cursing at a fan who was berating him, playing Princess Jasmine and a Power Ranger, and her new Netflix miniseries “Anatomy of a Scandal.”The

The British actress arrived at the studio wearing a black satin blazer and jumpsuit that I really admired! I have the details on what she was wearing and a video clip inside…. 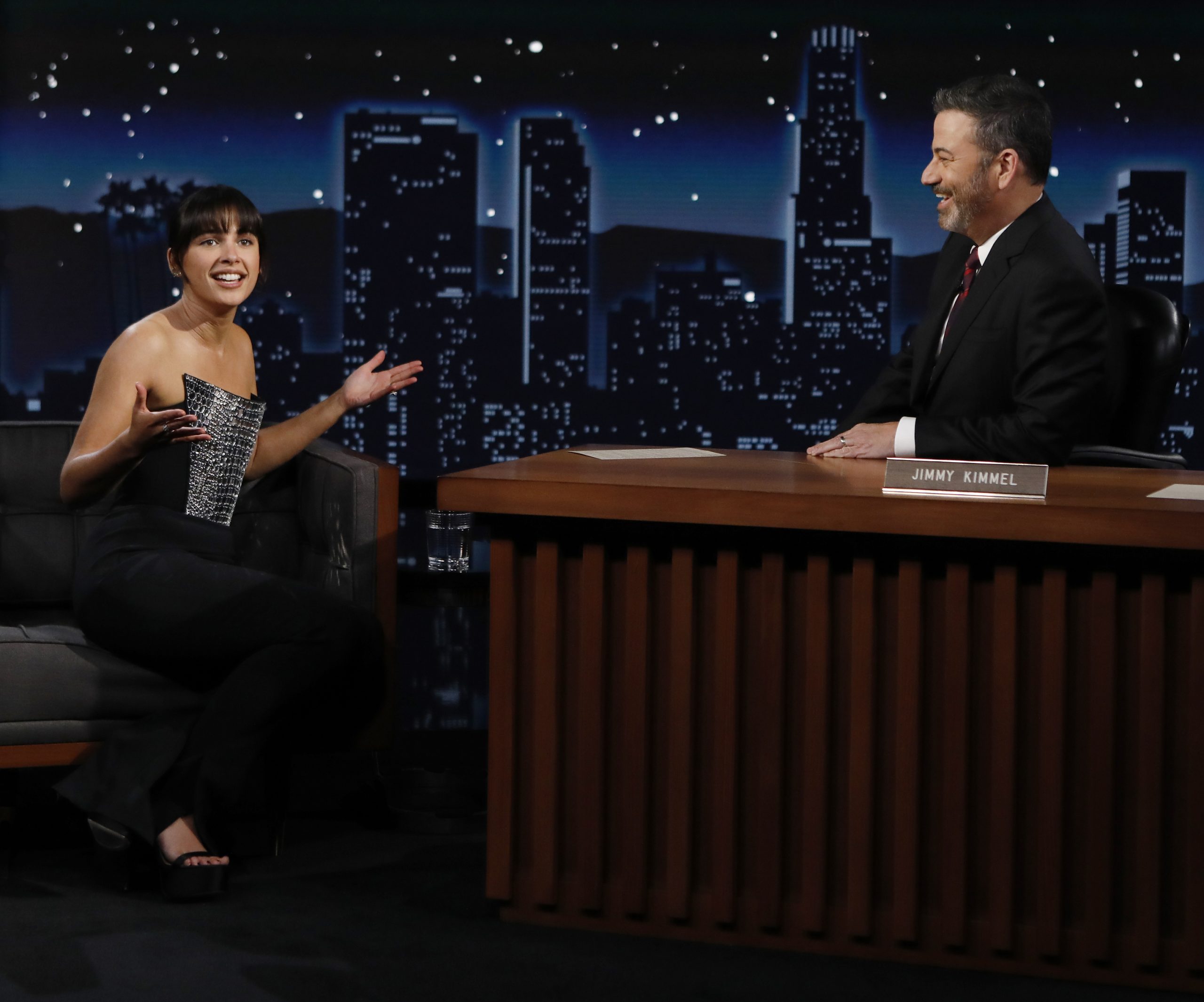 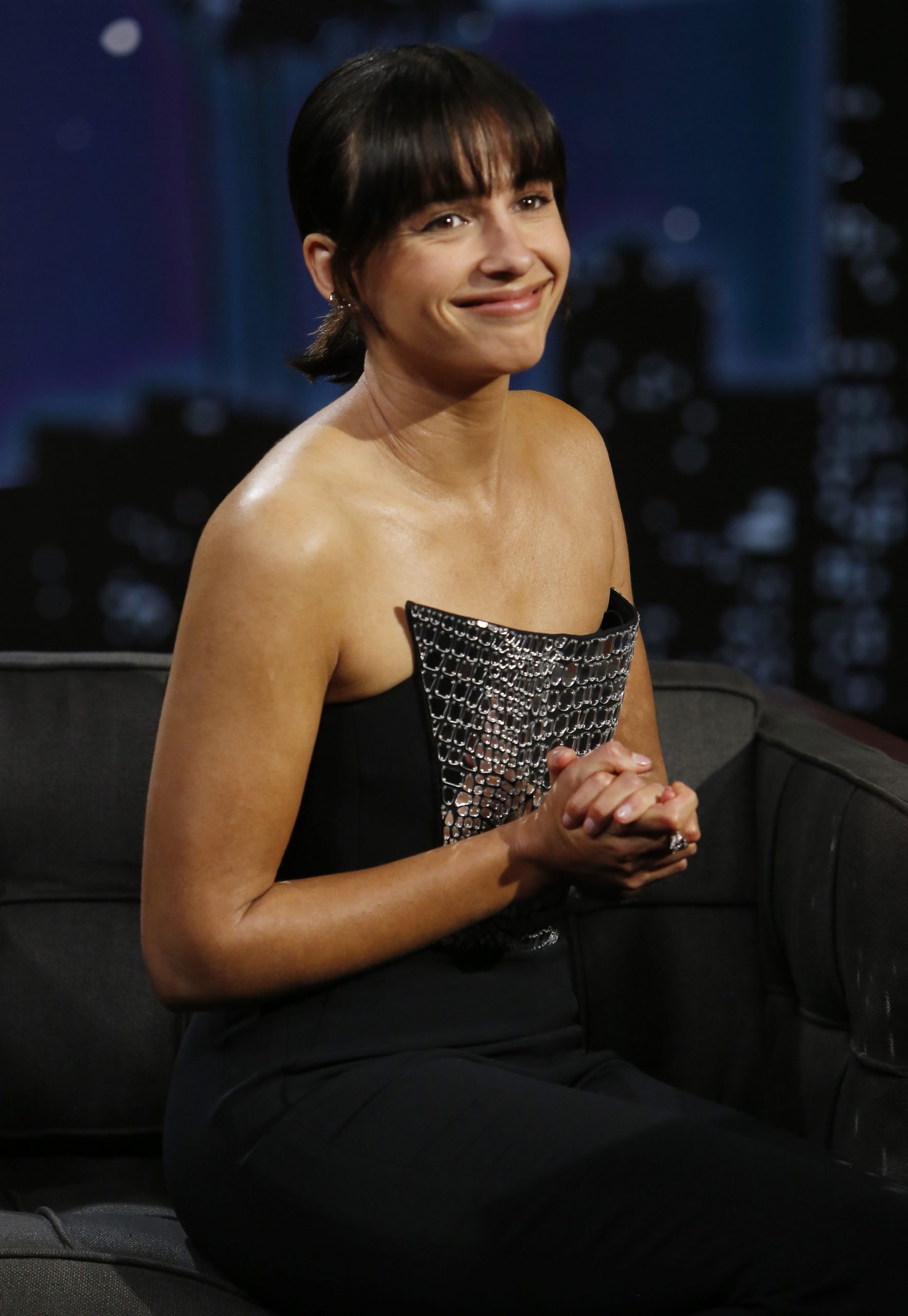