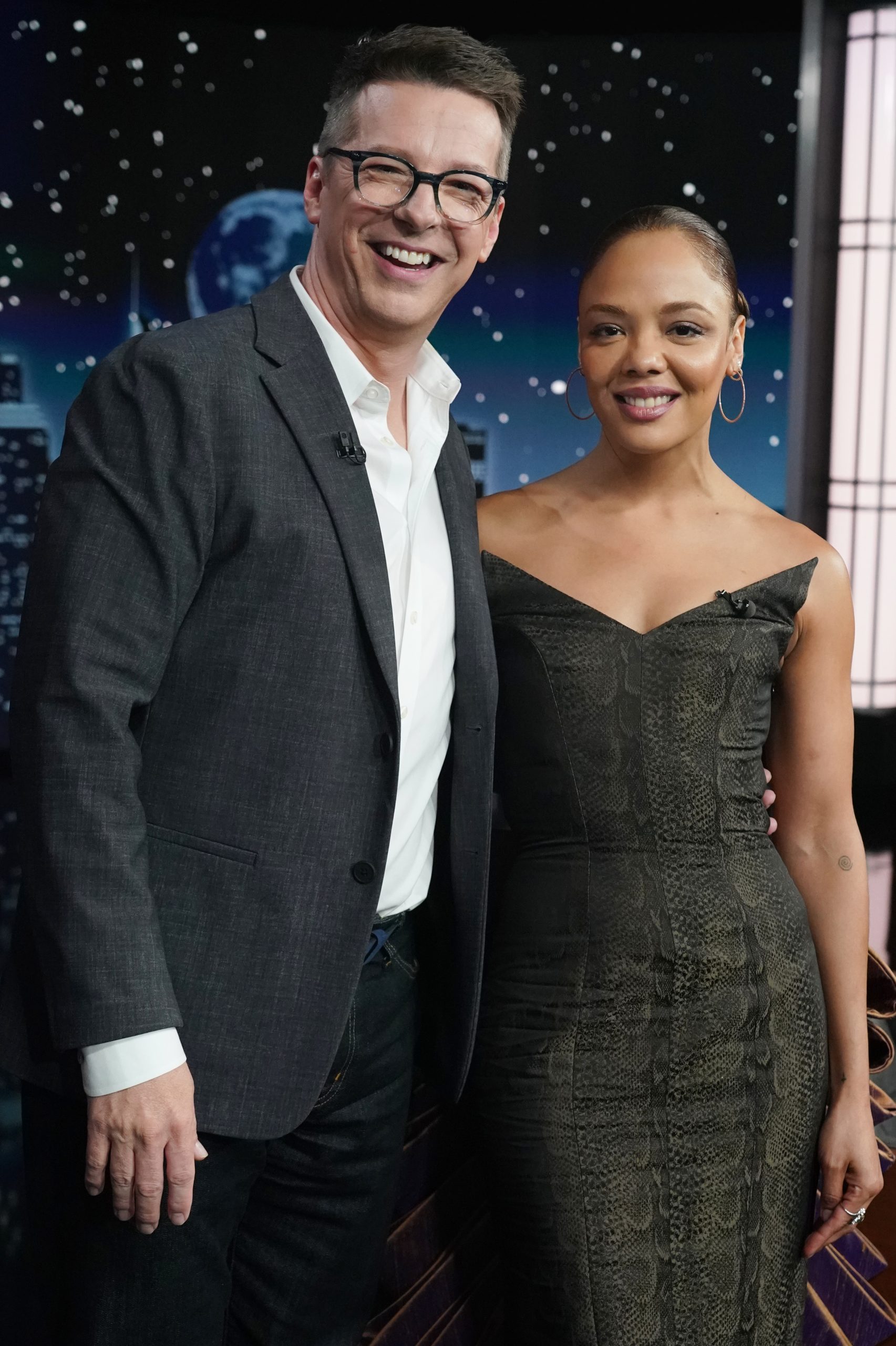 38-year-old actress Tessa Thompson stunned in the dramatic strapless snakeskin dress, that was embellished with ruffles up the back for her appearance on Jimmy Kimmel Live yesterday. Tessa was on to promoter her upcoming movie role in the upcoming superhero sequel Thor: Love And Thunder, reprising her role as Valkyrie. She looked lovely and I sat up in bed and was like wow, when she strutted out for the late night talk show!

Tessa talked to guest host Sean Hayes about the “Westworld” season four premiere, doing interviews with puppies, her dog being part chihuahua, taking a selfie in her Thor costume, being really bad about spoilers, Natalie Portman standing on a deck to appear taller, working out with Natalie and Chris Hemsworth, we see a never-before-seen clip from the movie and Sean’s husband/Marvel superfan Scotty asks Tessa some questions about the movie. See the video clip inside and plus I have details on the fabulous dress she was wearing too…. 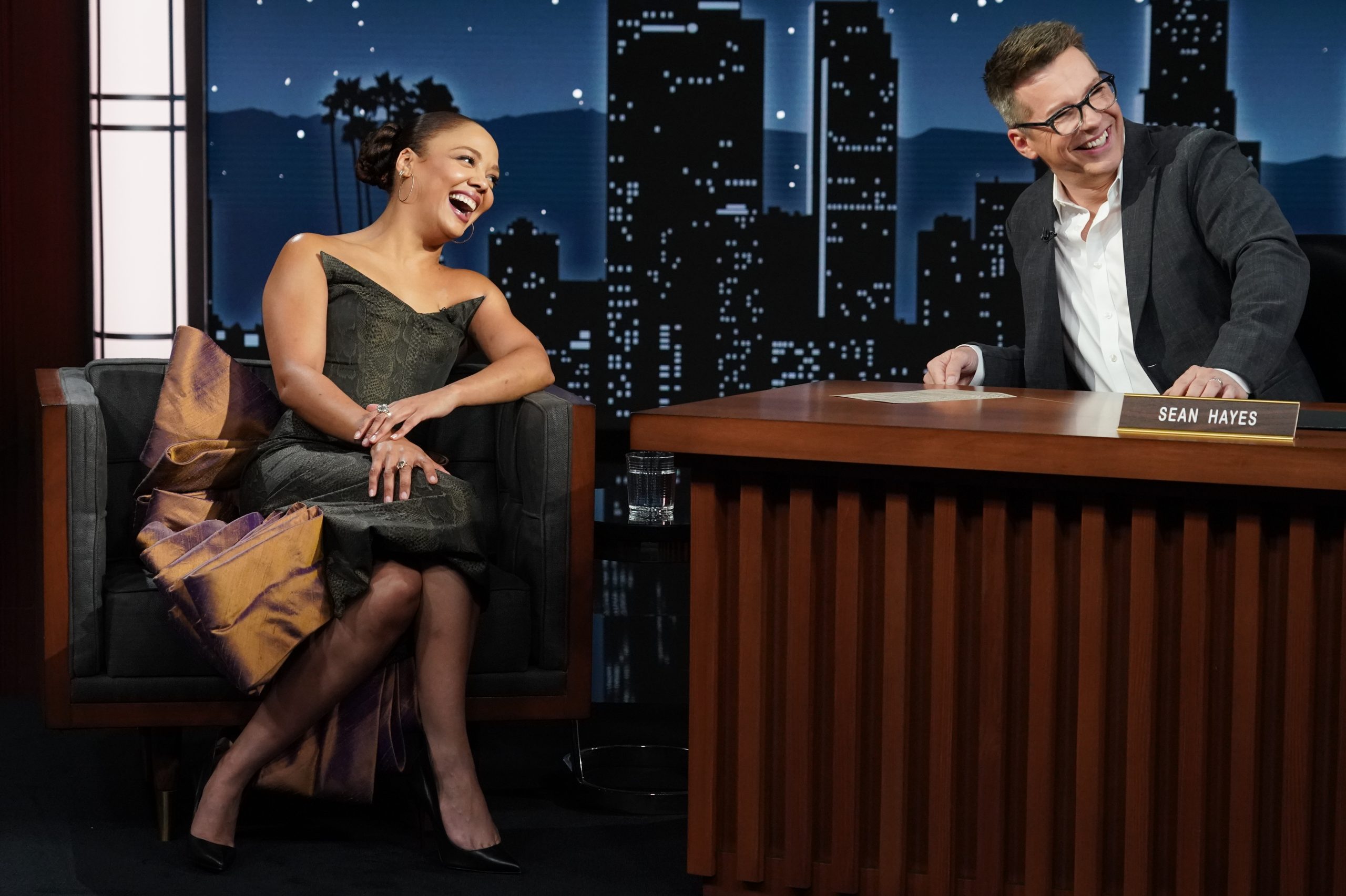 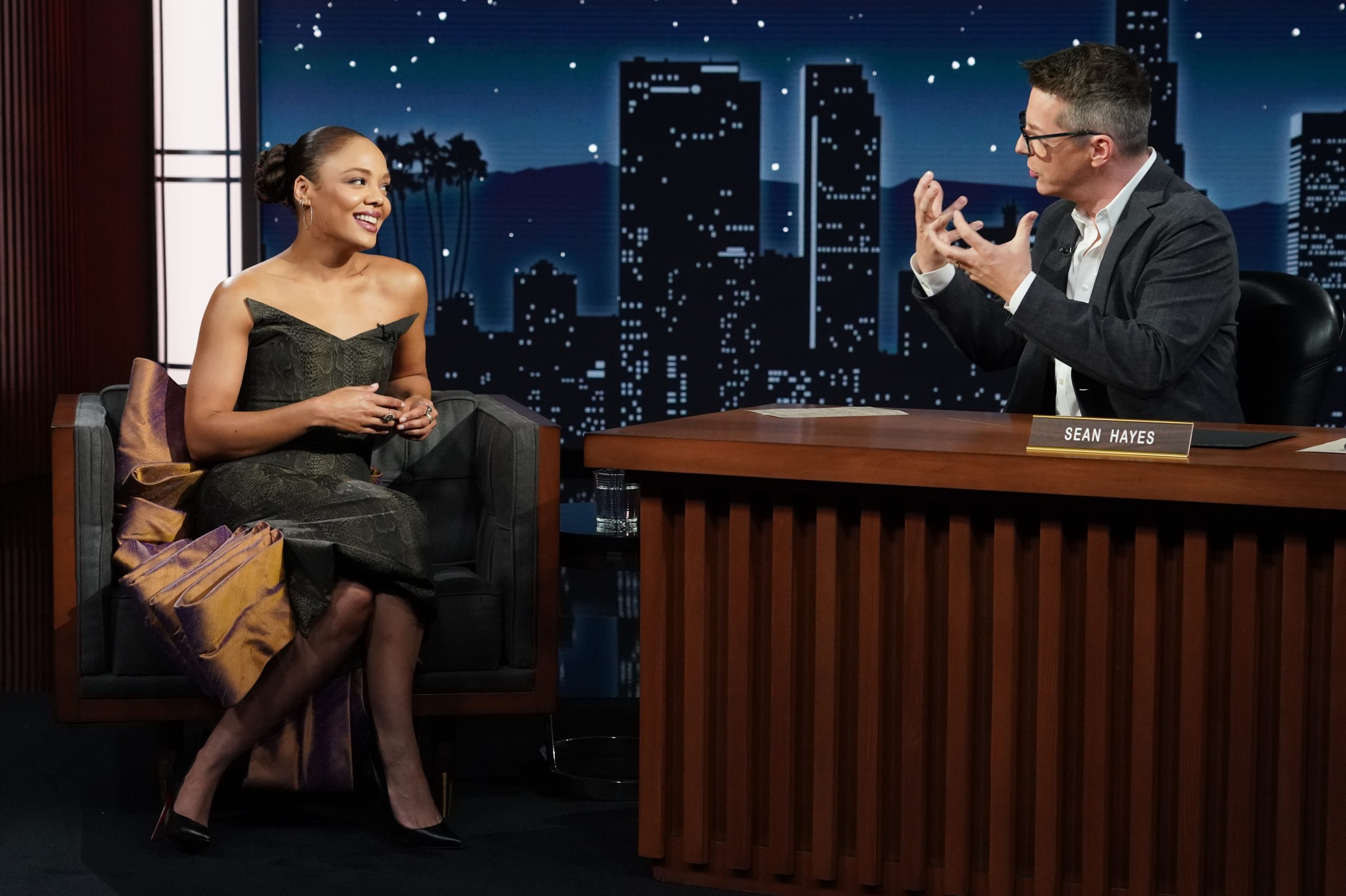 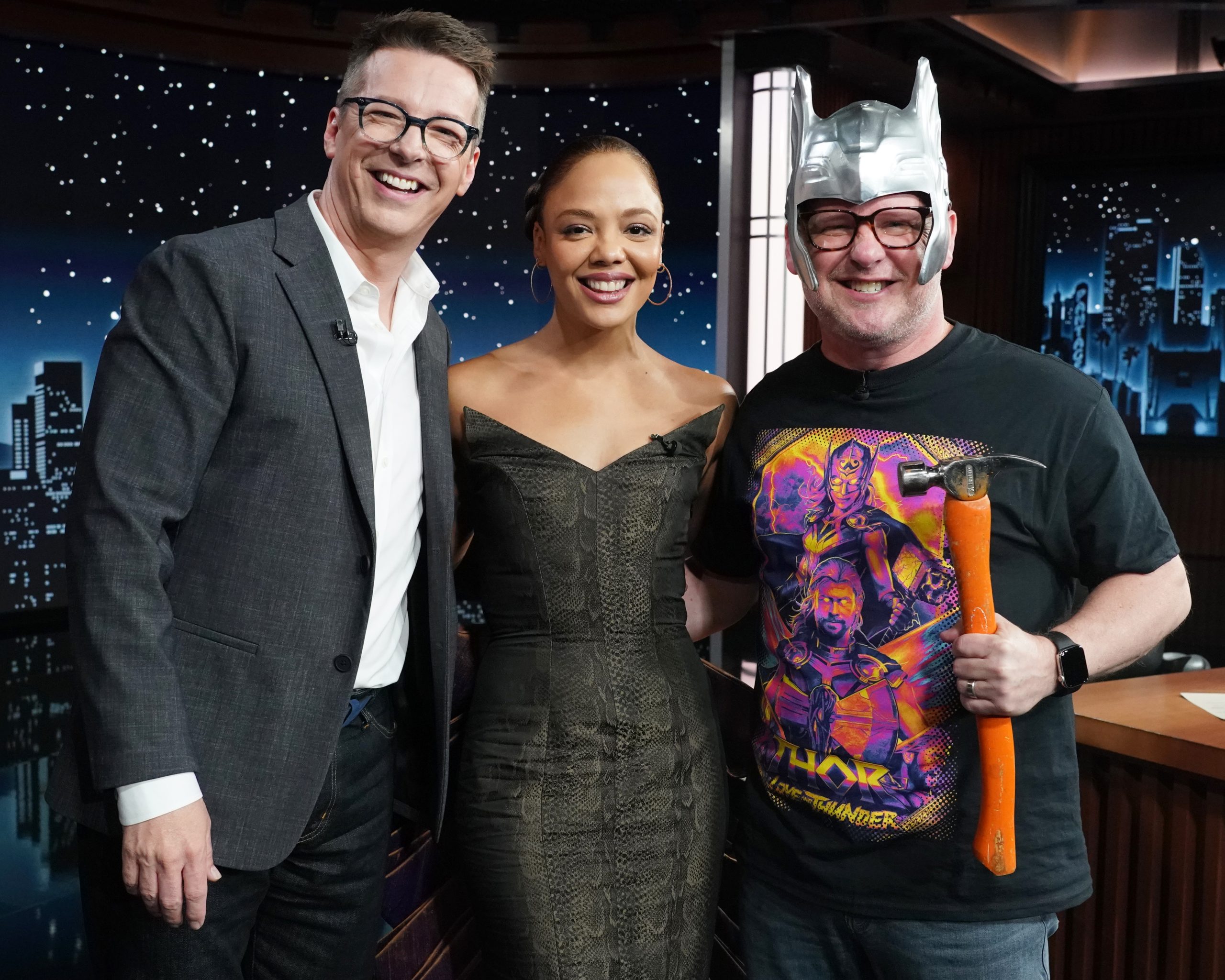 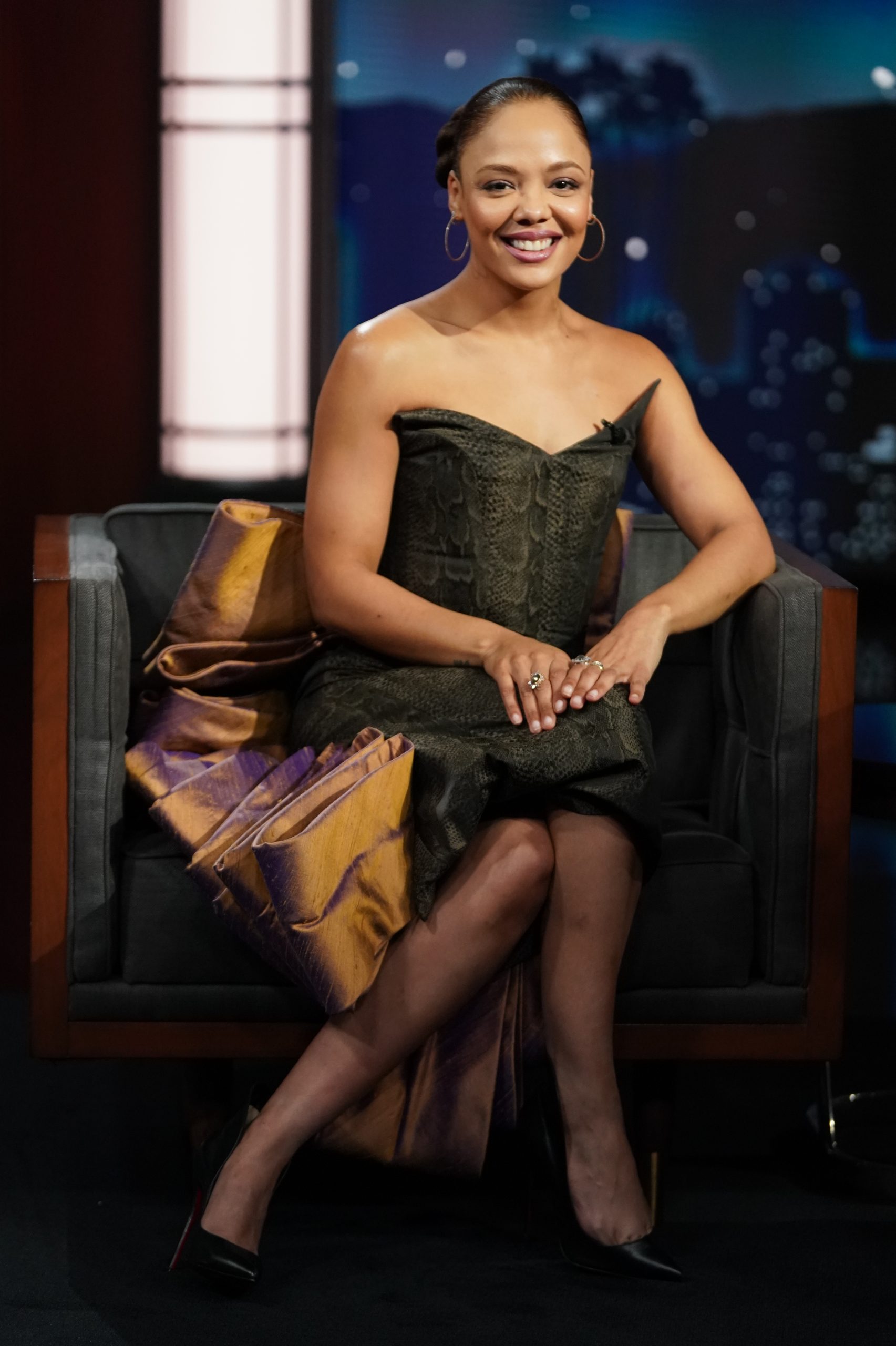