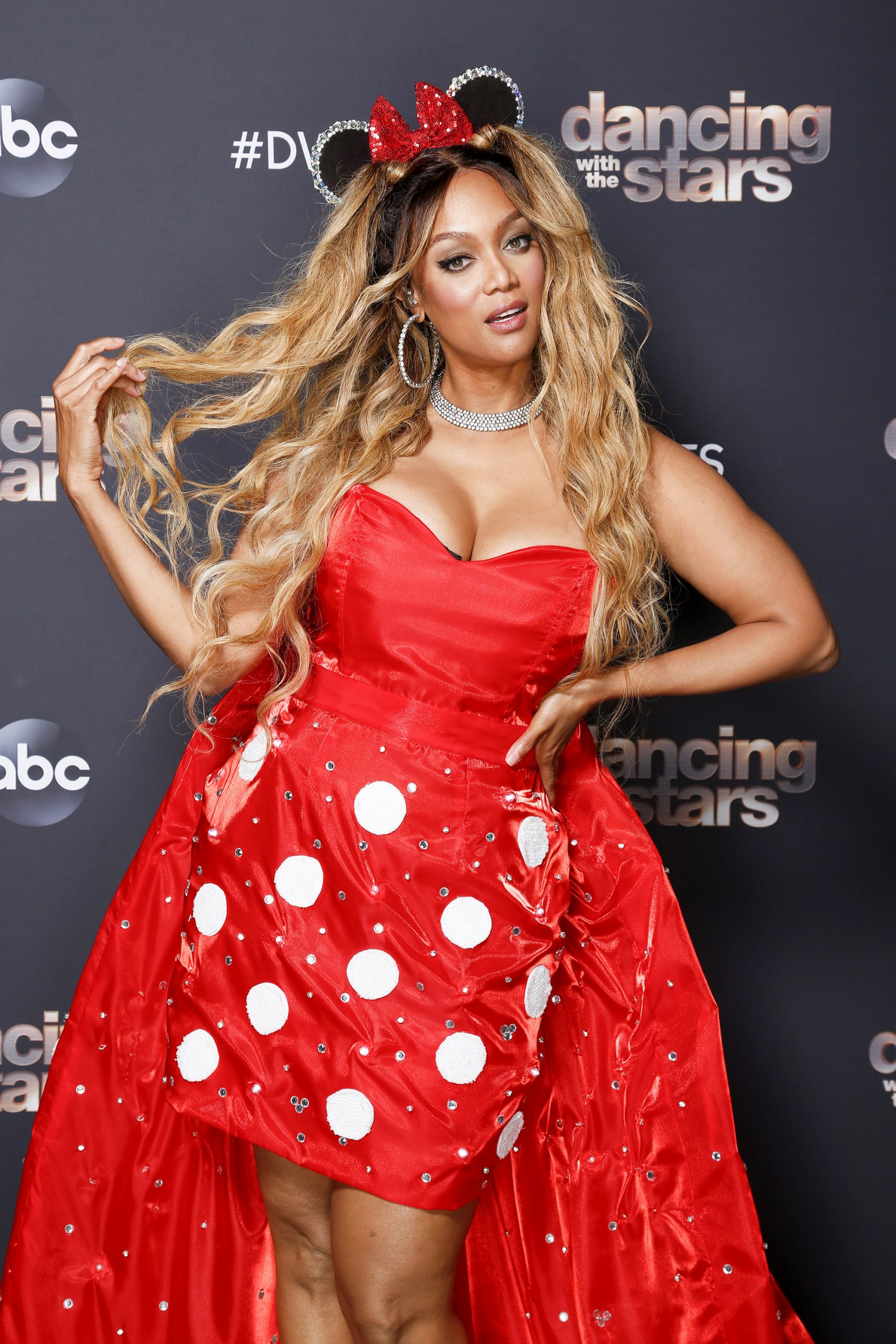 On Monday night, DANCING WITH THE STARS had there “Disney Night” – With a dash of pixie dust and a touch of illusion, 14 celebrity and pro-dancer couples competed for the third week as the magic of Disney returned to the ballroom live for the 2020 season. Tyra Banks, who is the host of the show dressed to the nines in a Minnie Mouse inspired outfit, I loved it! She was quoted as saying on her instagram page, “Hope I make you proud, @minniemouse. I’m channeling you tonight on the @dancingabc”.

Week three of Dancing with the Stars had their traditional ” Disney Night, where all the contestants performed routines inspired by the ABC brand owned by Disney. Some of the cutest looks I saw was Monica Aldama as “The Little Mermaid”, Carole Baskin as “The Lion King”, Skai Jackson as The Princess and the Frog and Nev Schulman as Cinderella, it was something to see. Check out more pictures inside, loved Tyra’s total look!

Sidenote: I’m working on my grandson and I Halloween look for next month, I cant wait to share! Make sure to check back lol. 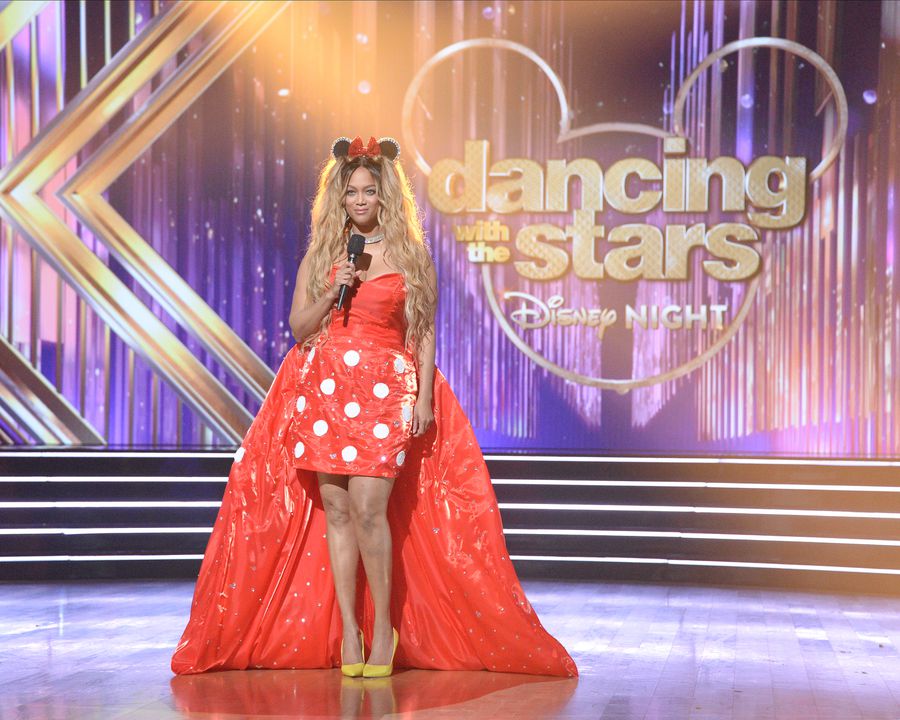 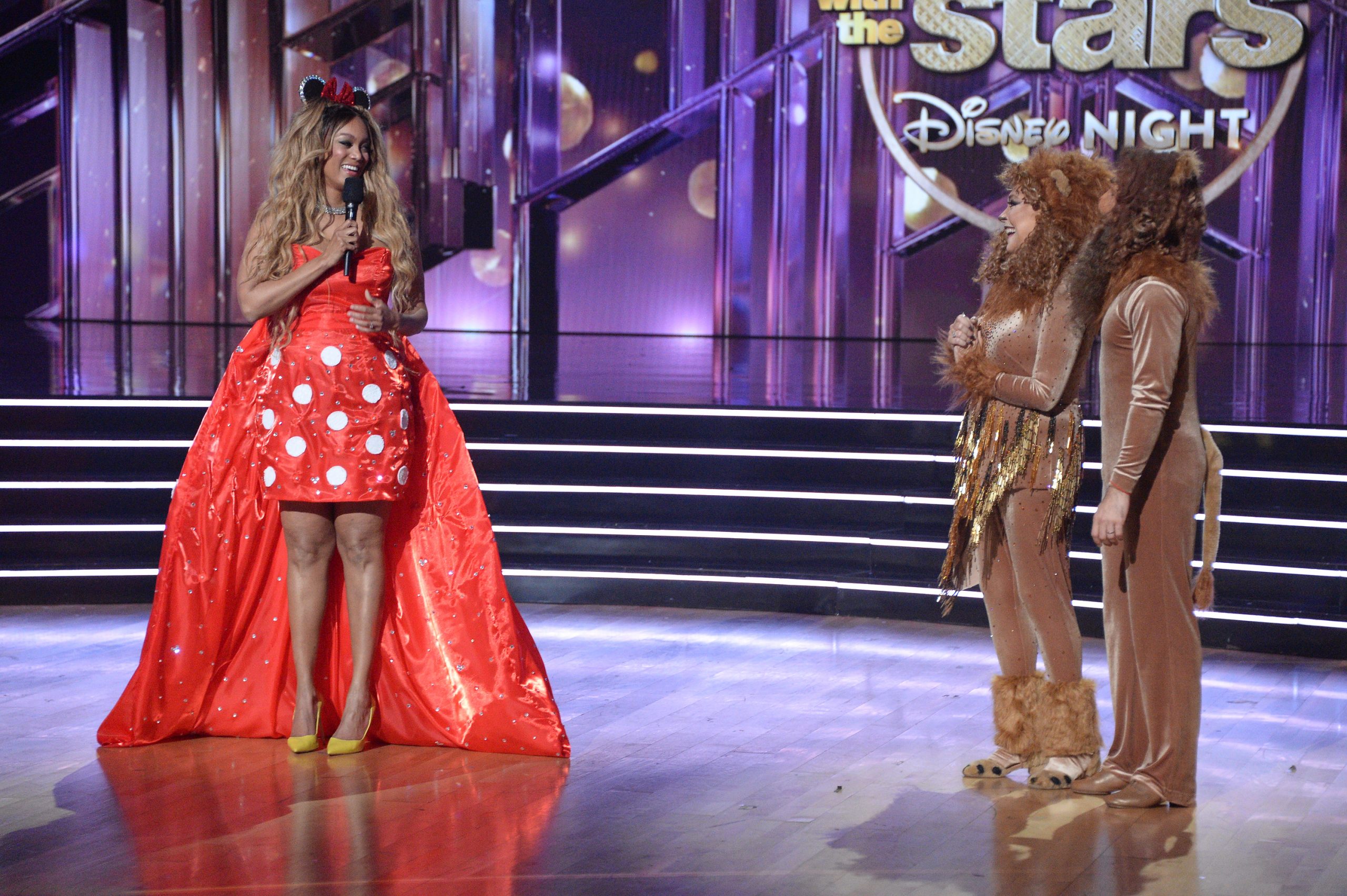 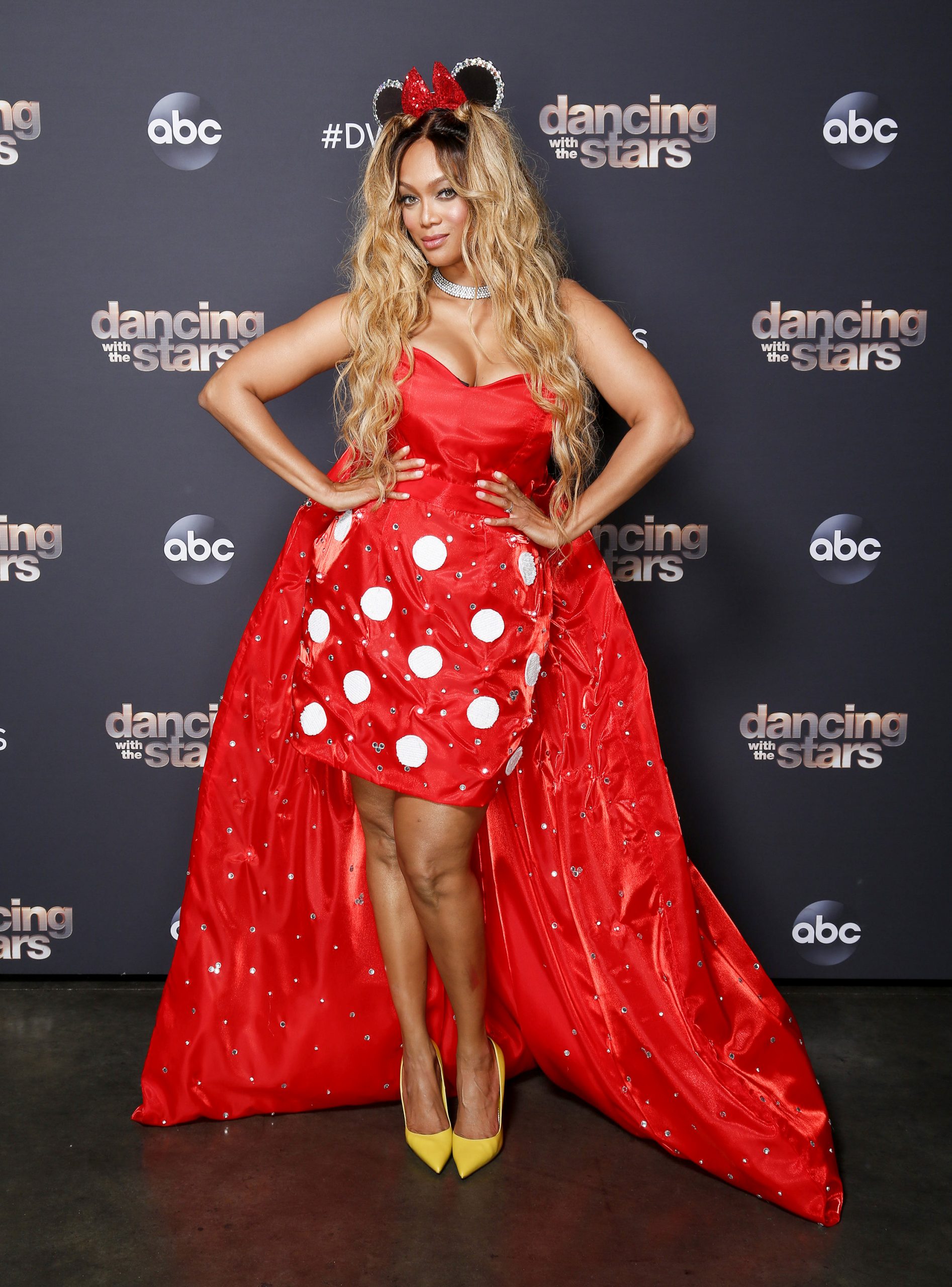 One thought on “Wardrobe Breakdown: Tyra Banks On ‘Dancing With The Stars’”