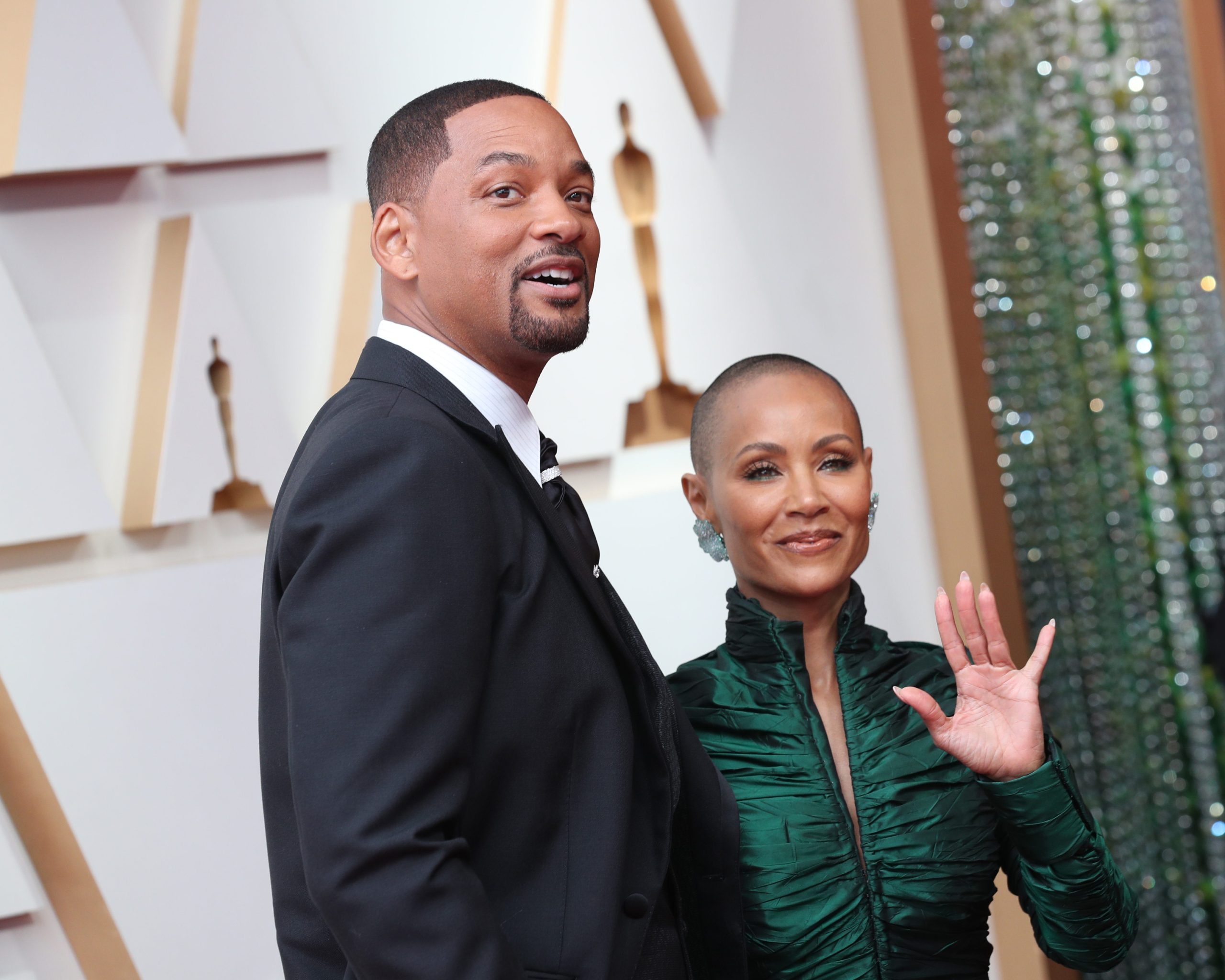 Welp, y’all gon learn today! Will Smith was not playing about his Queen Jada Pinkett Smith okay! First congrats to him for winning The Oscar for his role in King Richard. He let y’all know right on LIVE tv that he was not for the shits and Comedian Chris Rock learned the hard way! If you been under a rock, tonight at the 95th Annual Oscars, Chris Rock decided to take a few jabs at Jada Pinkett in the audience and started making jokes about her hair and referring to her starring in GI Jane probably because of her short hairstyle. As some know, Jada suffers from Alopecia. Will didn’t like his joke and walked up on stage and slapped him right on live tv. He then turned around and walked back to his seat where then he started cursing and said, “keep my wife’s name out your f*cking mouth”, lawd!

This is a sensitive time right now for everyone and I think that Will is getting fed up with all the disrespect. It’s also a triggering time too. You have to think though, they keep on talking about their personal relationship and entanglements, so what do they want the public to do? I don’t know but he was fed up tonight. During a commercial break it was said that Denzel Washington and Tyler Perry went over to comfort Will and Jada. Diddy was also a presenter and jokingly said on stage they were going to talk it out at the after party. My head was spinning because I was just not expecting to see that tonight, omg!

Later Will actually did win the Oscar for his role in King Richard and went on stage and thanked everyone but then quickly apologized for what happened. “I want to apologize to the Academy and I want to apologize to all my fellow nominees — this is a beautiful moment and I’m not crying about winning an award…it’s about being able to shine light.”. Hey Will is human but he said he is trying to be a vessel for God. Denzel told him that when you’re at your highest peak, that’s when the devil comes in. I get that!

One thing for sure, the couple looked amazing on the red carpet and was one of my favorite looks! I have the details on what they wore inside… 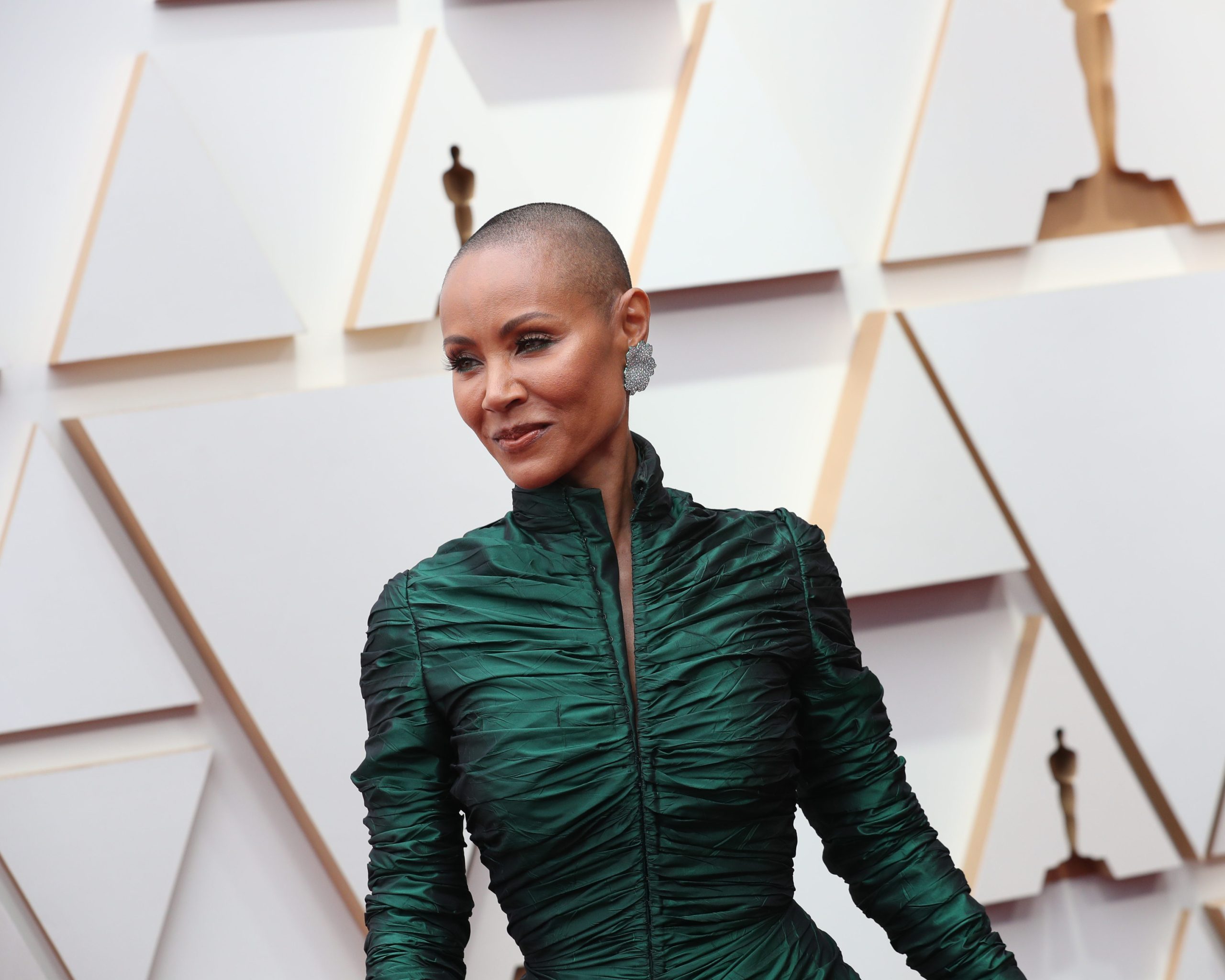 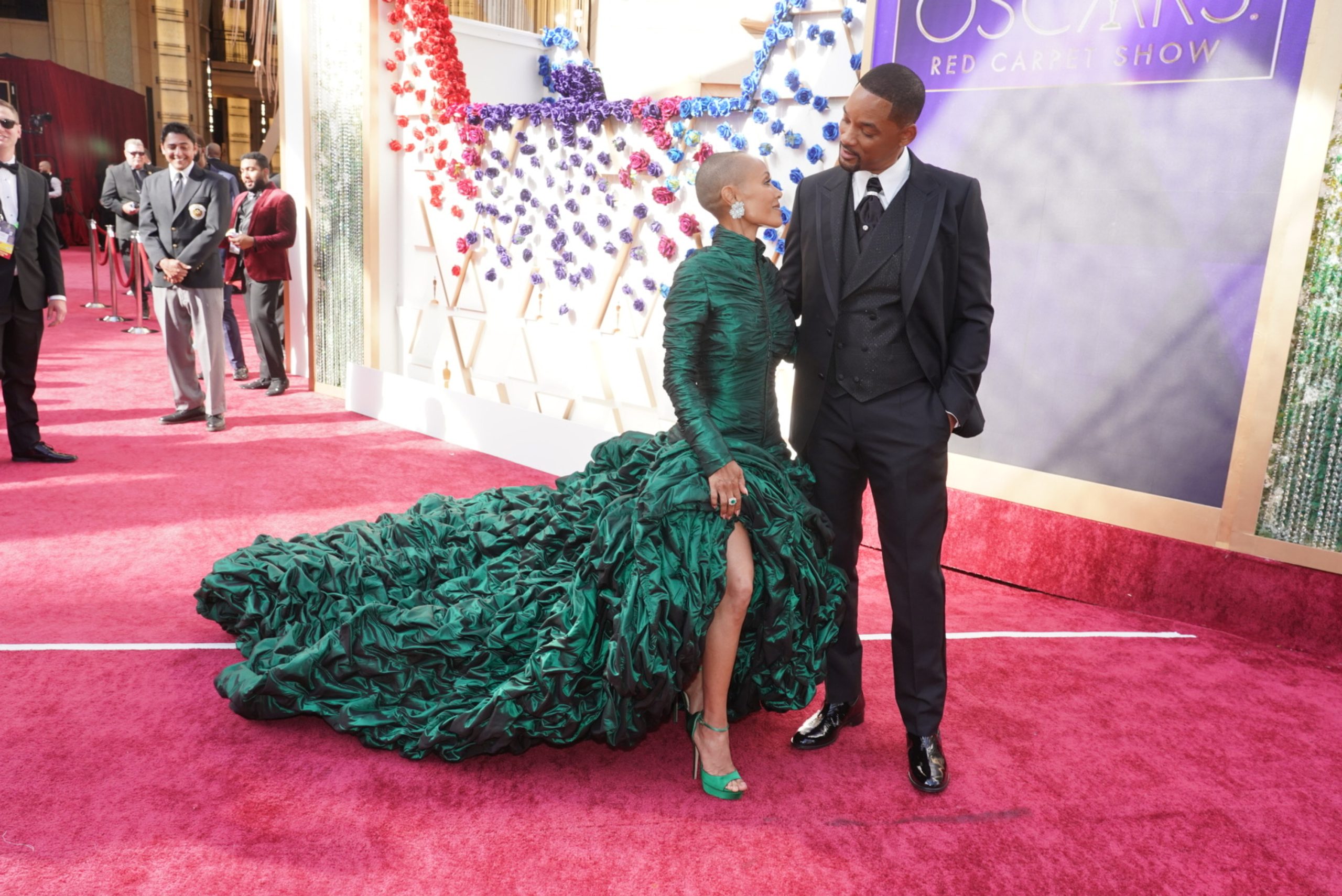 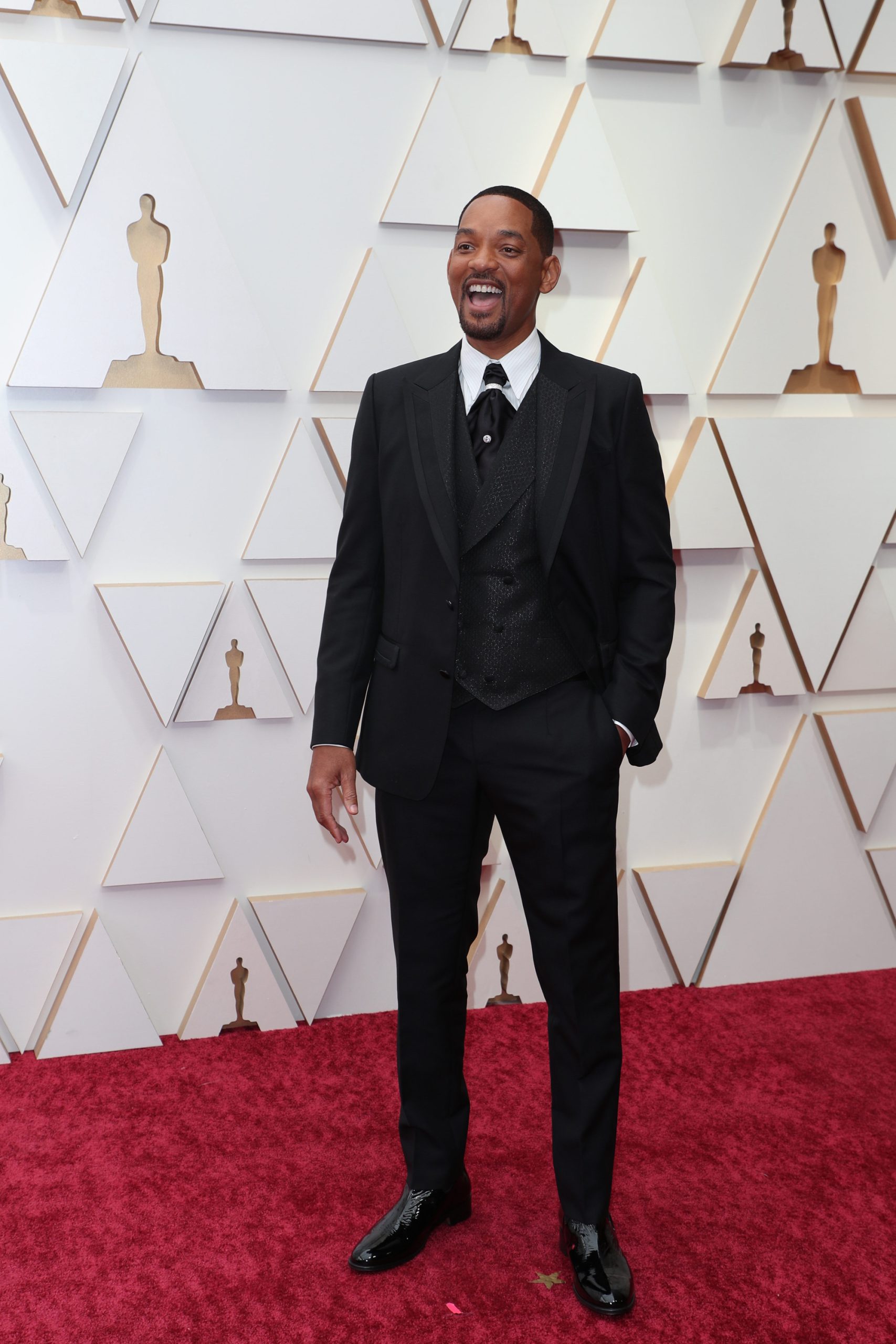 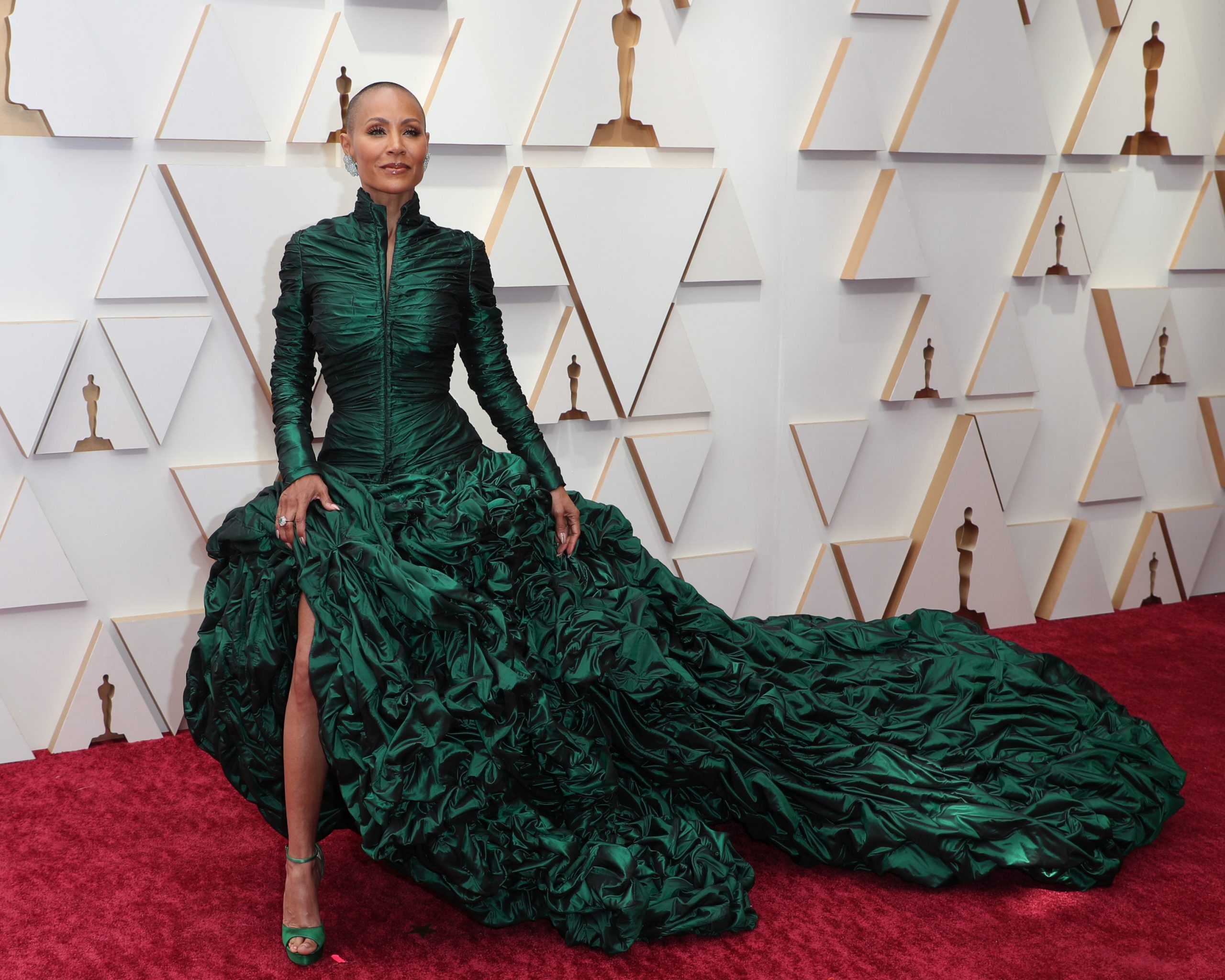 Will was wearing Dolce & Gabbana and Jada in Jean Paul Gaultier stunning!