Did you guys enjoy watching tonights episode of Empire? It was the top trending topic on twitter and I enjoyed the show as well! Andre needs his meds, those voices though geesh! What caught my attention was when Boo Boo Kitty/Anika Calhoun was chatting with Hakeem Lyon and I caught a glimpse of that grey wool coat she was wearing, it was pretty fly and looks like something that Olivia Pope would rock too right? 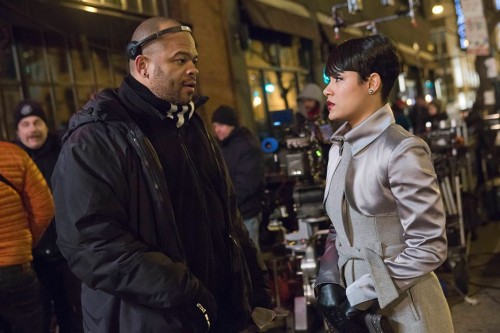 On Season 1 Episode 9 of Empire, Anika attempted to cross over to the dark side. She looked ultra-chic as she tried to steal artists for Beretti though! All in the name of revenge. I conducted a quick search and found out that the wool coat was designed by Karen Millen. The satin trimmed coat is pretty cute and I could see pairing it with some bad thigh high leather boots or killer pencil skirt or beyond. It’s still available on the website too. Till next time!  xoxo