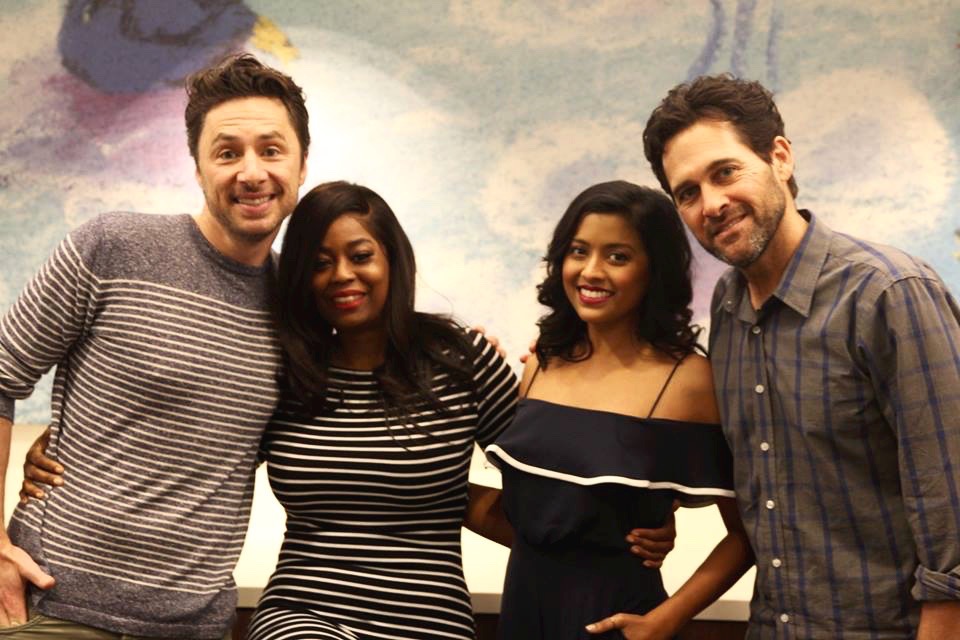 I have been a long time fan of Actor Zach Braff(far left) since I first saw and watched him on Scrubs, it was one of my favorite tv shows! I find him very witty and funny! While out in Los Angeles with Disney we got the opportunity to sit down with him, fellow Actress Tiya Sircar and Exec Producer Matt Tarses about their new ABC television show, Alex, Inc. I really gravitated towards this particular tv show because it was about taking a leap of faith and doing what you really and truly love.

Obstacles will arise, you have your family to worry about but for some odd reason it just feels right and you go for it, that’s what I got out of watching the first episode of this show and it pulled at my heart strings. We all have sacrifices to make in life and you want to do something that is meaningful and that you really enjoy so this show Alex, Inc is one show that I will be watching for sure! More inside with Zach and the others as they talk about how the show came about, tweeting and having a multicultural cast for the show…. 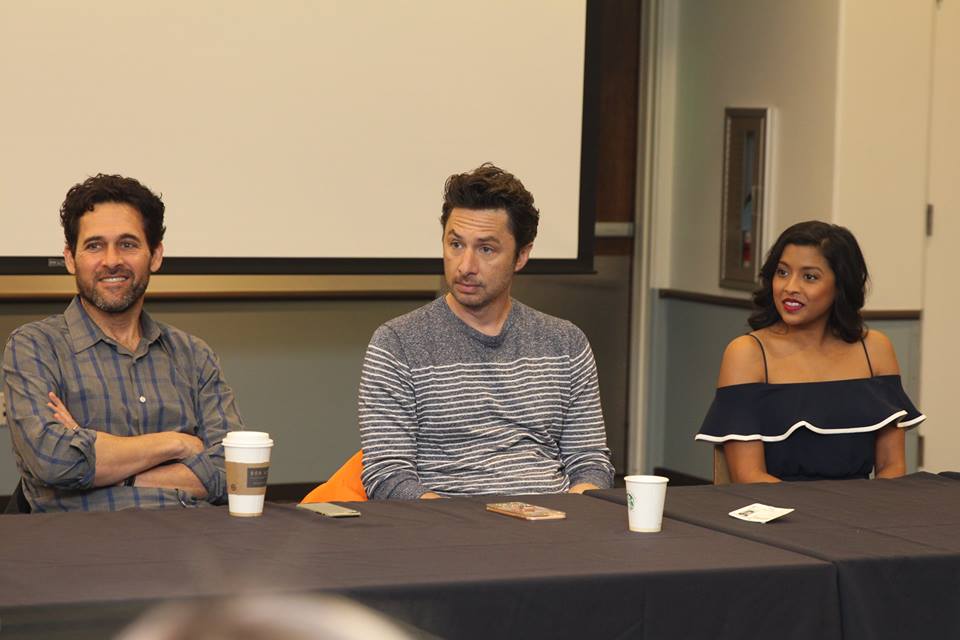 So, what made you wanna do a show like this?

Zach: I read well, what happened was I met and went to meet with the producer, John Davis, and he said you gotta hear this podcast. I’m not even sure if you wanna act right now, ’cause I had been directing a bunch. And I said I don’t know. He said it’s the best podcast I’ve heard in a long time. Everyone’s talking about it. We optioned it and we wanna turn it into a family comedy. And on my drive home from the meeting, I listened to like two episodes and then went into my kept listening. And the podcast is called Startup, and I just found it fascinating. And I thought it would be a great TV show.

And I said to them I will — I’m in if you can get my friend, Matt Tarses, who was one of my favorite writers on Scrubs, to write it.

Matt: Well, and I think what applies to this, you know, he — and then he won’t say this, but he’s, you know, not as young as he was when he played [LAUGHS] that J.D. character on Scrubs. And I think the idea, you know, that because I have kids. And the idea that this was a story about a guy with a family

doing this thing that was sort of hard to do even if he didn’t have a family, it’s that much harder with a family plus that much — you have that much support on the other side of it. It was something that appealed to him. I think being a dad and he’s a really good — he’s really good with children. Yeah, so it all sort of emerged organically.

Zach: But a theme that kept coming up as the producer in me with the little lightbulb went every — a theme was, you know, after dinner, before we put our kids down, there’s not a ton of content that we all wanna watch together. And I actually — I was dating a woman for a bit who had a nine-year-old and I experienced that. I was like he wants to go watch his shows. We don’t wanna watch that. Like, we only watch Shark Tank together because he happened to love Shark Tank. But so I kinda — that was another thing in my head was I would like to do something — it feels like to me like that’s an area where there’s more content. Obviously ABC’s great at it with Blackish and Modern Family and stuff like that. So, I felt like a great space to do it.

Matt: Well, you know, the real again, this is based on this real podcast and the real couple that you know, it’s about a guy, but his wife is she’s a Persian-American. And so, we were you know, we just wanted to preserve — we looked for all kinds of actresses, but we liked the idea of this. She has there’s a little bit in the podcast, not a lot about her kind of about her parents and about her you know, their difference in — you know, the different cultures.

And so, we tried to find the best actor we could find who was, you know, not the same, you know who’s different, have this kind of multicultural, multiracial and Tiya was the best one we found.

Tiya: Well, you know, the real — again, this is based on this real podcast and the real couple that — you know, it’s about a guy, but his wife is she’s a Persian-American. And so, we were — you know, we just wanted to preserve — we looked for all kinds of actresses, but we liked the idea of this. She has there’s a little bit in the podcast, not a lot about her — kind of about her parents and about her you know, their difference in — you know, the different cultures.

Well, it was originally written she was Persian-American as the woman who she’s based on is in real life. And, you know, when I got this job I thought, oh, Hollywood. Like, guys, I can’t play a Persian-American, but these guys were like, well, we’re gonna let’s change her and let’s make her you. And then the more we all got to know each other and, you know, I’m they had me come in and meet the writers and we had this two hour conversation about my upbringing in Texas and my parents’ upbringing in Calcutta and, you know, when they came over as grad students and their experience as, you know, like Indian immigrants.

My Question: Thank you for blowing up my spot on Twitter when you retweeted me lol.

Zach: I’m happy to blow you all up.

Speaking of social media and podcast, what do you personally think about it? So, evidently you love social media, ’cause you’re on Twitter.

But I do think it’s great for social media is wonderful for getting your word out there about obviously projects and saying, hey, obviously if you’re following me, you might like other stuff I’ve done. I have this new thing that you might like. And then occasionally I can’t help myself but get politically, but I try and curb it a little bit.

Sometimes I’ll just say something half-awake in the morning and I’ll like fall back asleep. And then I’ll wake up and there’s like 10,000 retweets. I’m like, oh, no, what did I do.

Zach: Yes, because ABC’s in the background going yes. Yeah, I see other people do that. I didn’t know that it was so popular. But I see people really like it, yeah. 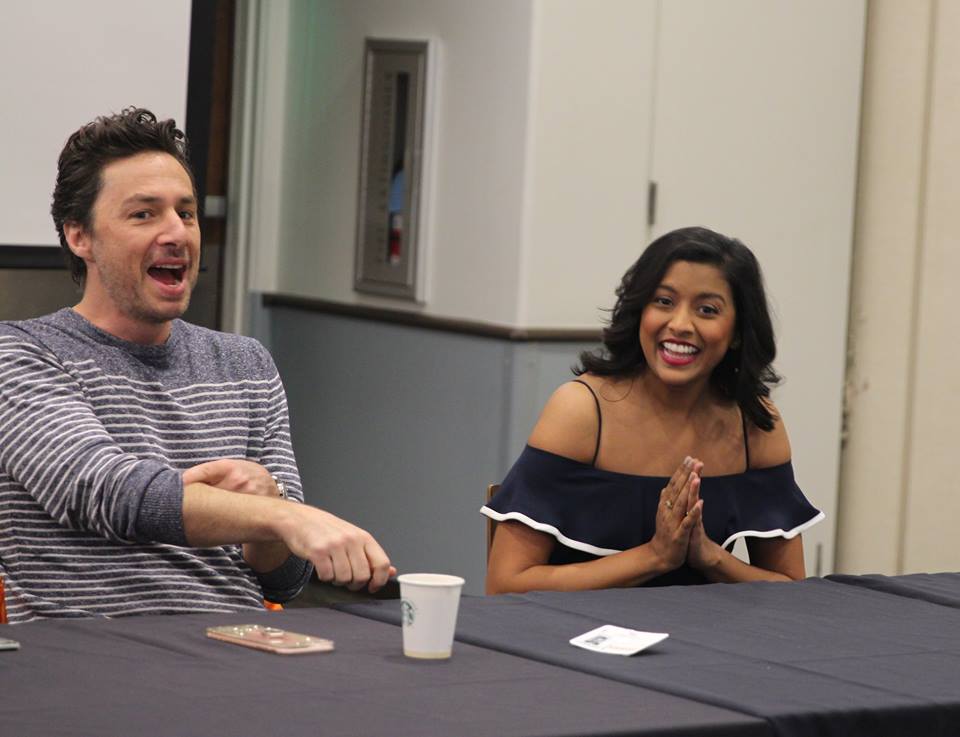 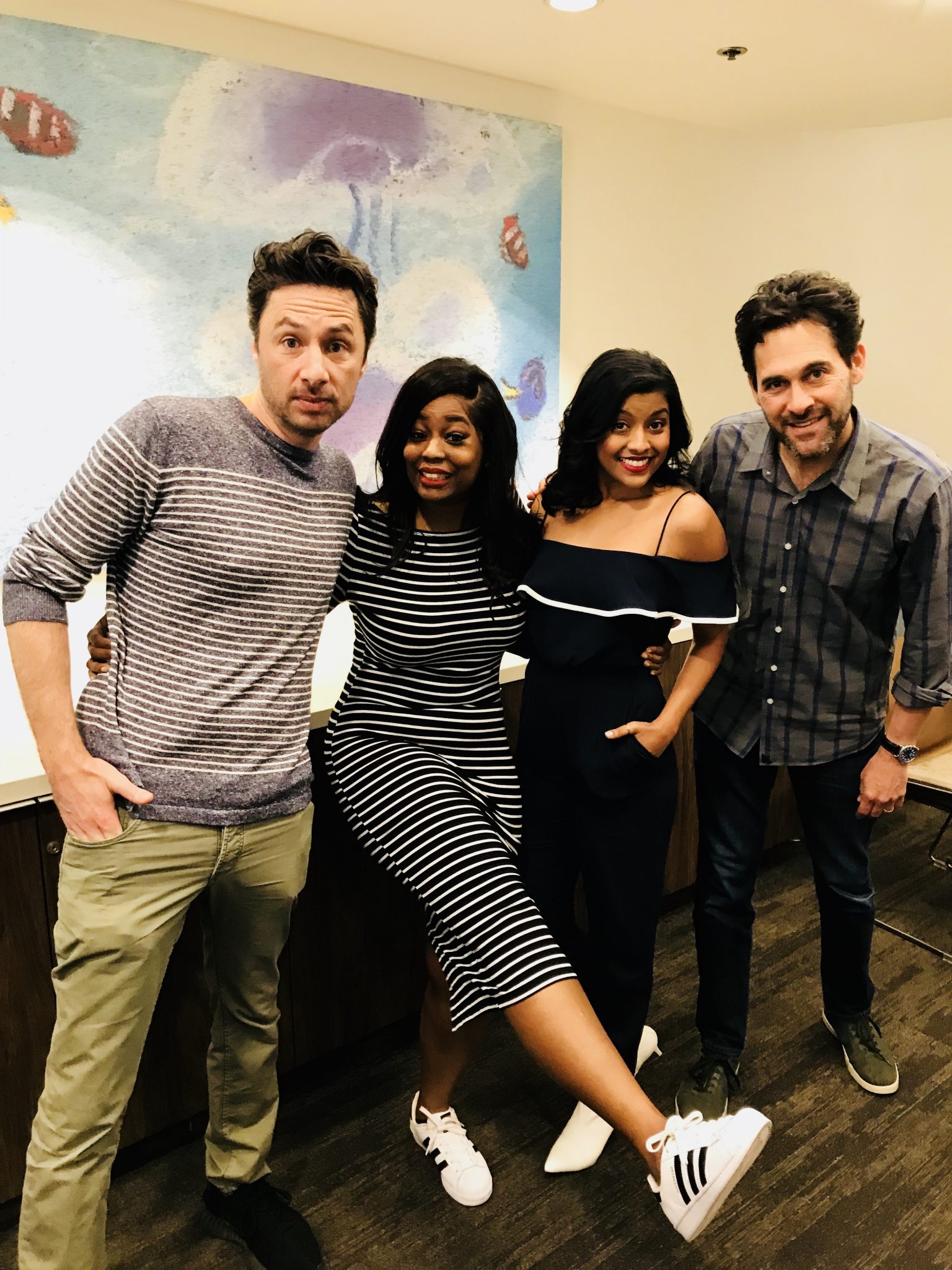 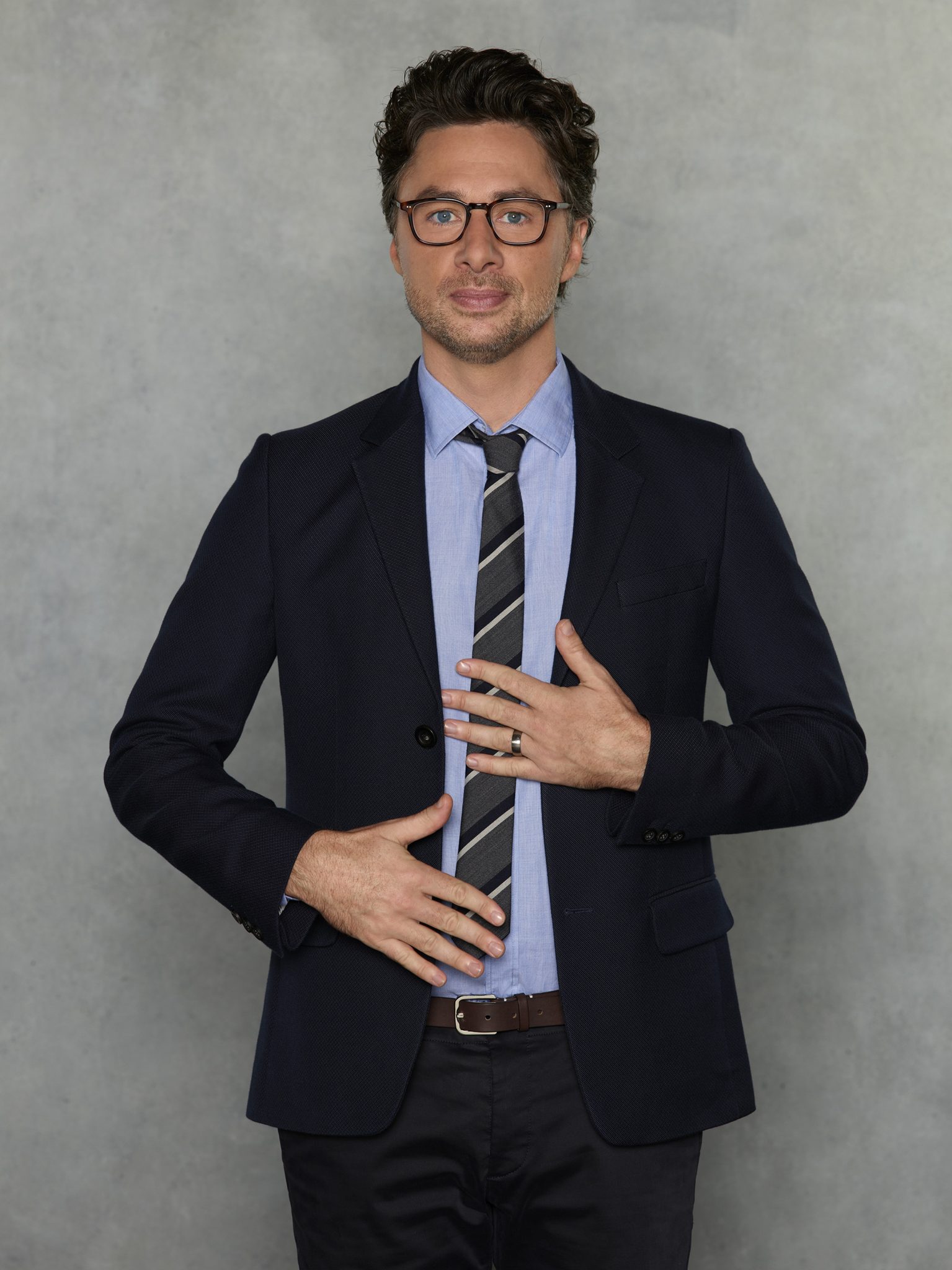 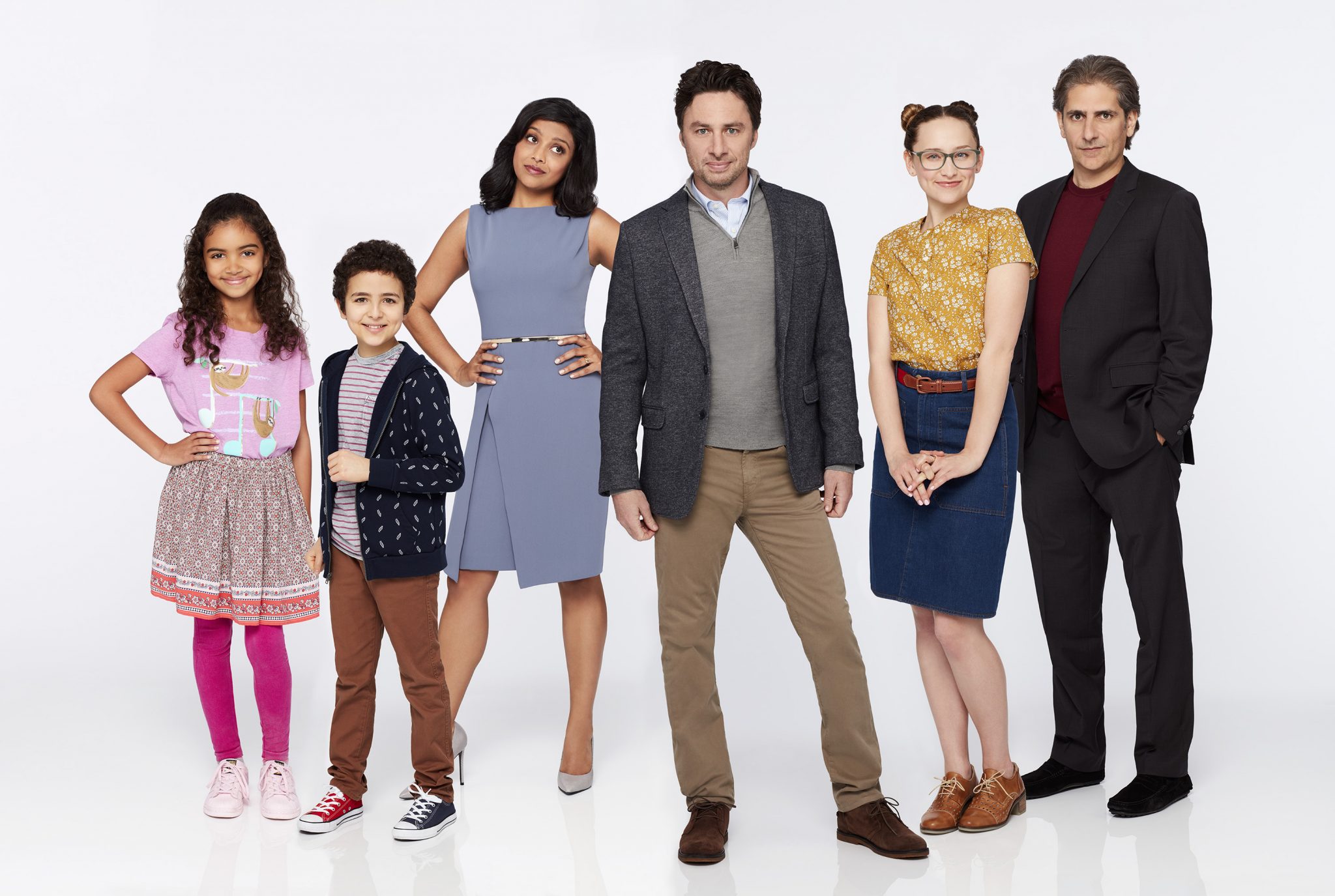