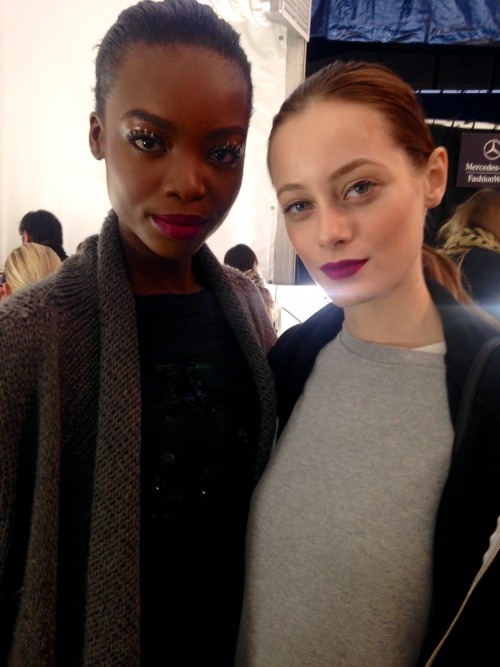 As previously posted, I said that I had a chance to hit the backstage to check out Carolina Herrera’s Fall 2015 Collection. It was so much going on backstage with lots of models running around, interviews going on, photographers, editors and hair & makeup people everywhere! You know I love all the hustle and bustle and all things happening backstage, it really thrills me! So come inside to see some of the designer looks up close and personal, the hair and makeup looks and more! xoxo 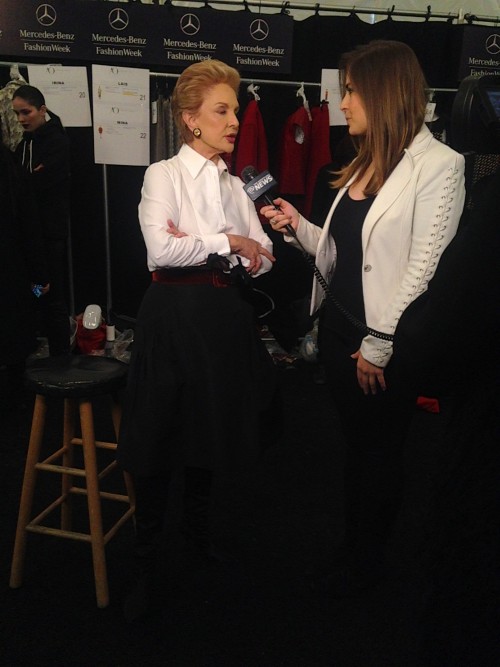 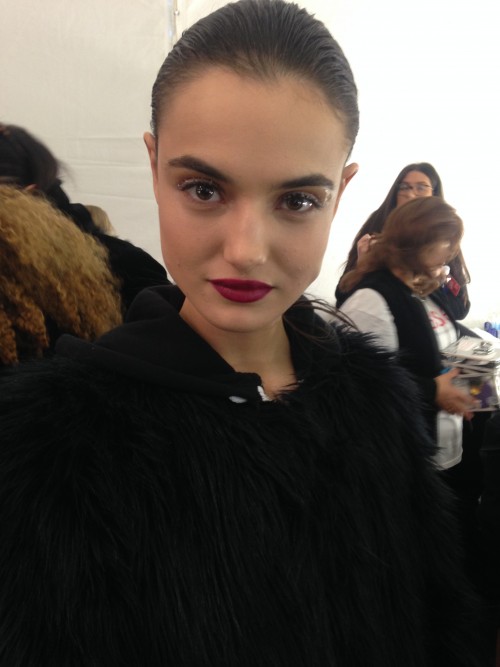 Carolina wanted the models to look like they just came out of the water. Lead makeup artist Diane Kendal did the looks at the show at Lincoln Center Theater. MAC used a Raspberry Retro Matte Liquid Lip Color in Oh, Lady for the lips. The models also wore MAC Clear lip glass on the eyelids and highlighter above the eyes. Also they wore false lashed that had dots on them dusted with sliver glitter to give a water “droplet effect” said Kendal. 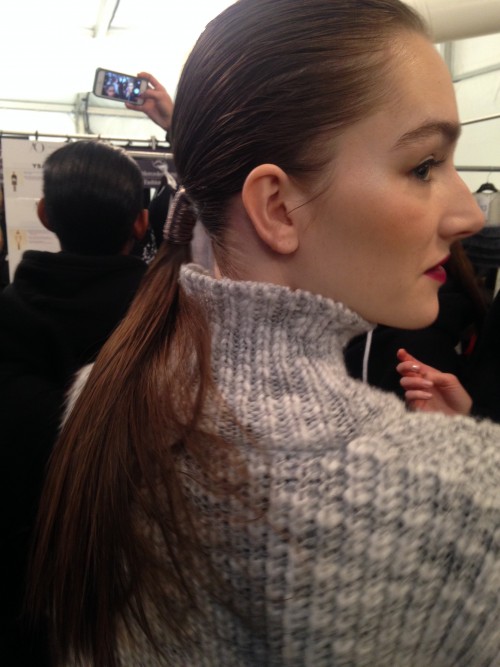 For the hairstyles, hairstylist Orlando Pita created the low ponytail with TRESemmé’s Smooth & Silky No Frizz Shine Spray. The hair was slicked back using gel then accented with a thin length of metallic leather, very pretty. 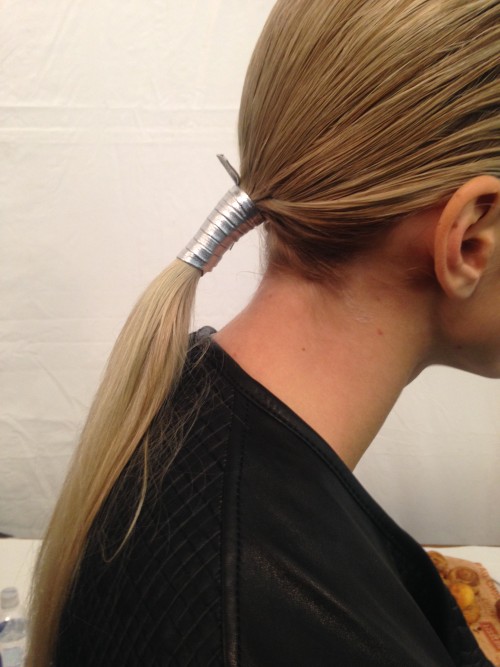 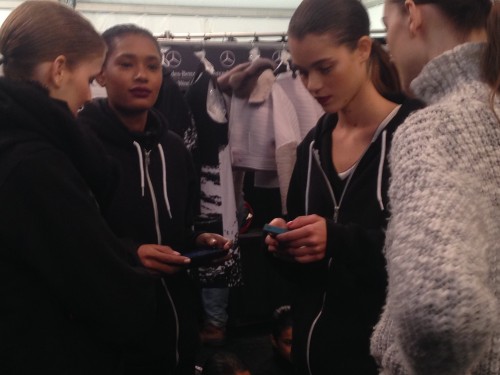 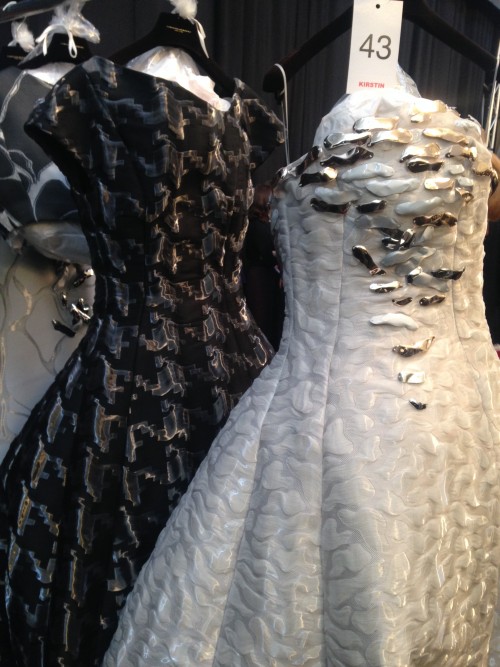 These dresses, I almost fainted! Sigh! 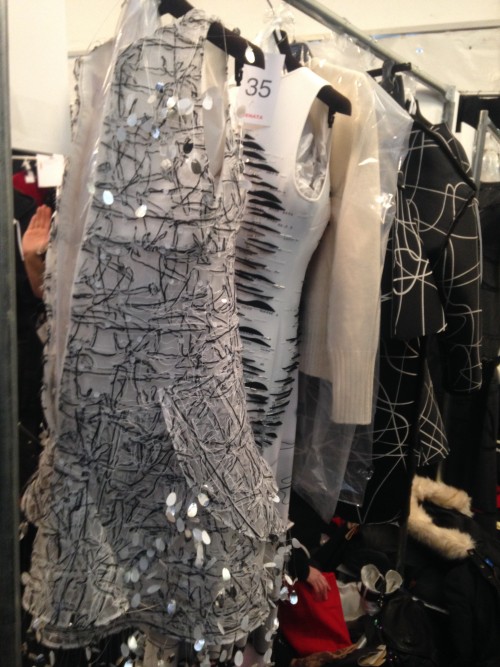 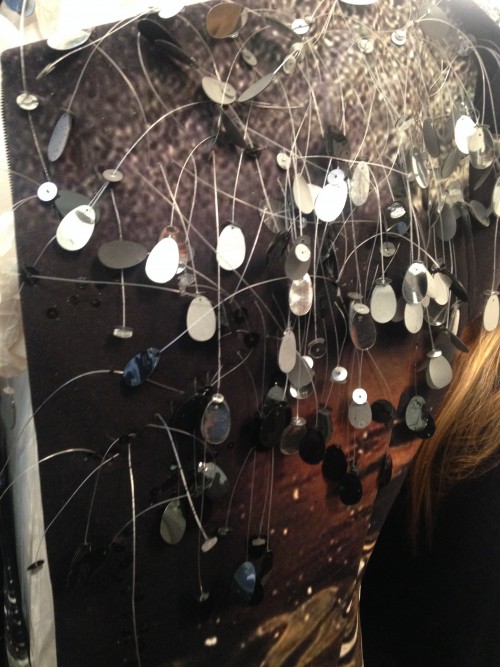 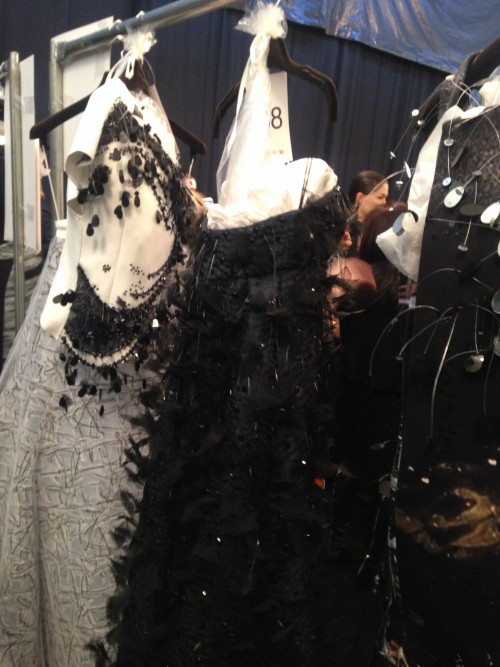 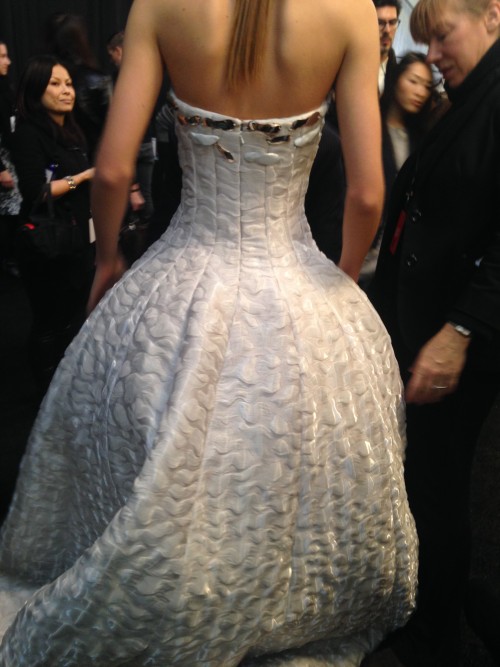