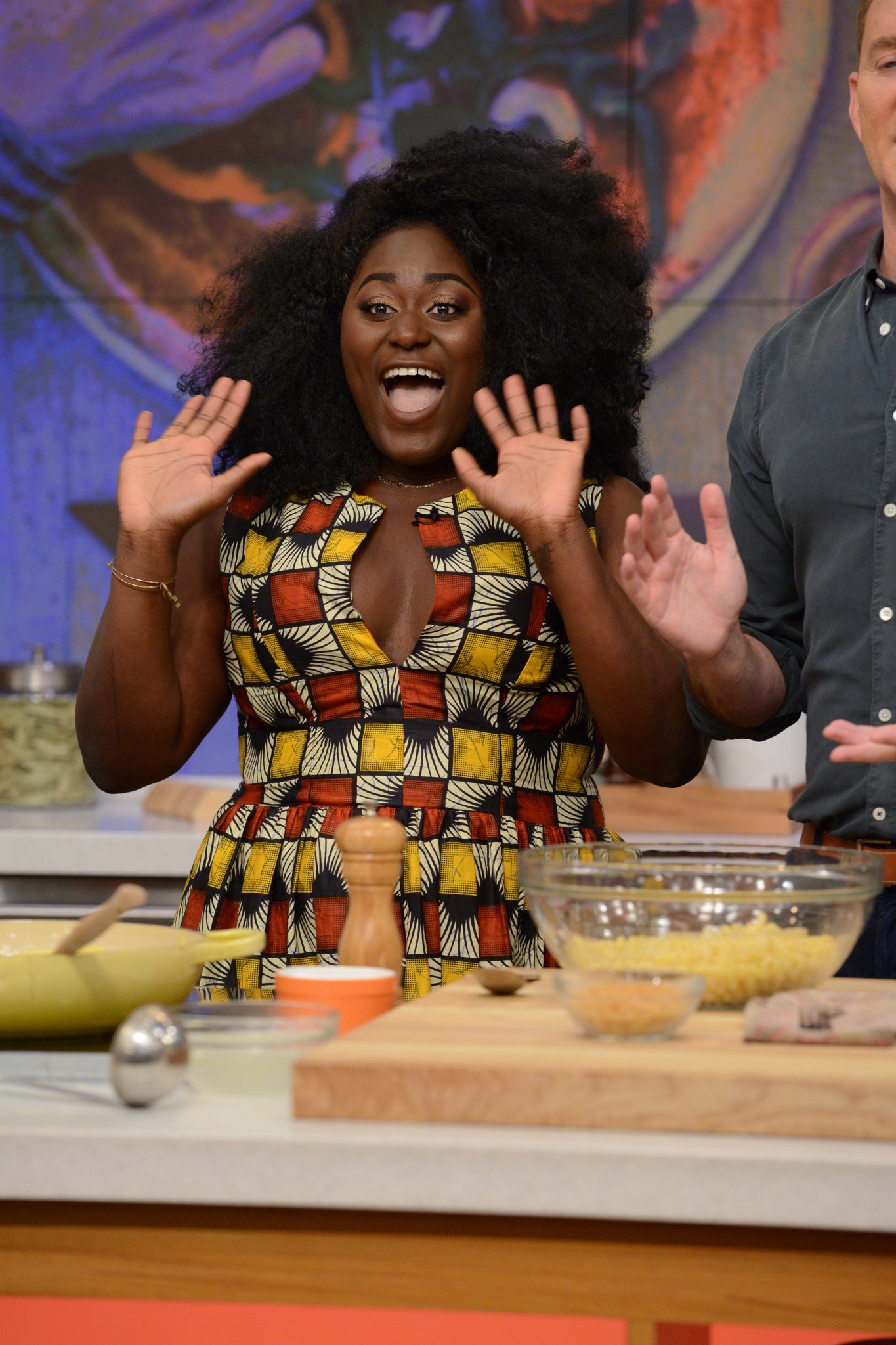 Actress Danielle Brooks (‘Orange is the New Black’) and Clinton Kelly made a vegan Mac and Cheese on The Chew last Tuesday. While doing that, she talked about Season 6 and said the show has been lots of fun! She went on to say that she had a lot of dramatic scenes last season but this time around she gets into trouble but we have to wait and see! I have never had vegan Mac and Cheese, I wonder how that taste hmm? I just don’t know but I did like her African print dress that she wore on the show but no details yet, darn it!  More pics, the recipe for Vegan Mac N Cheese and video inside… 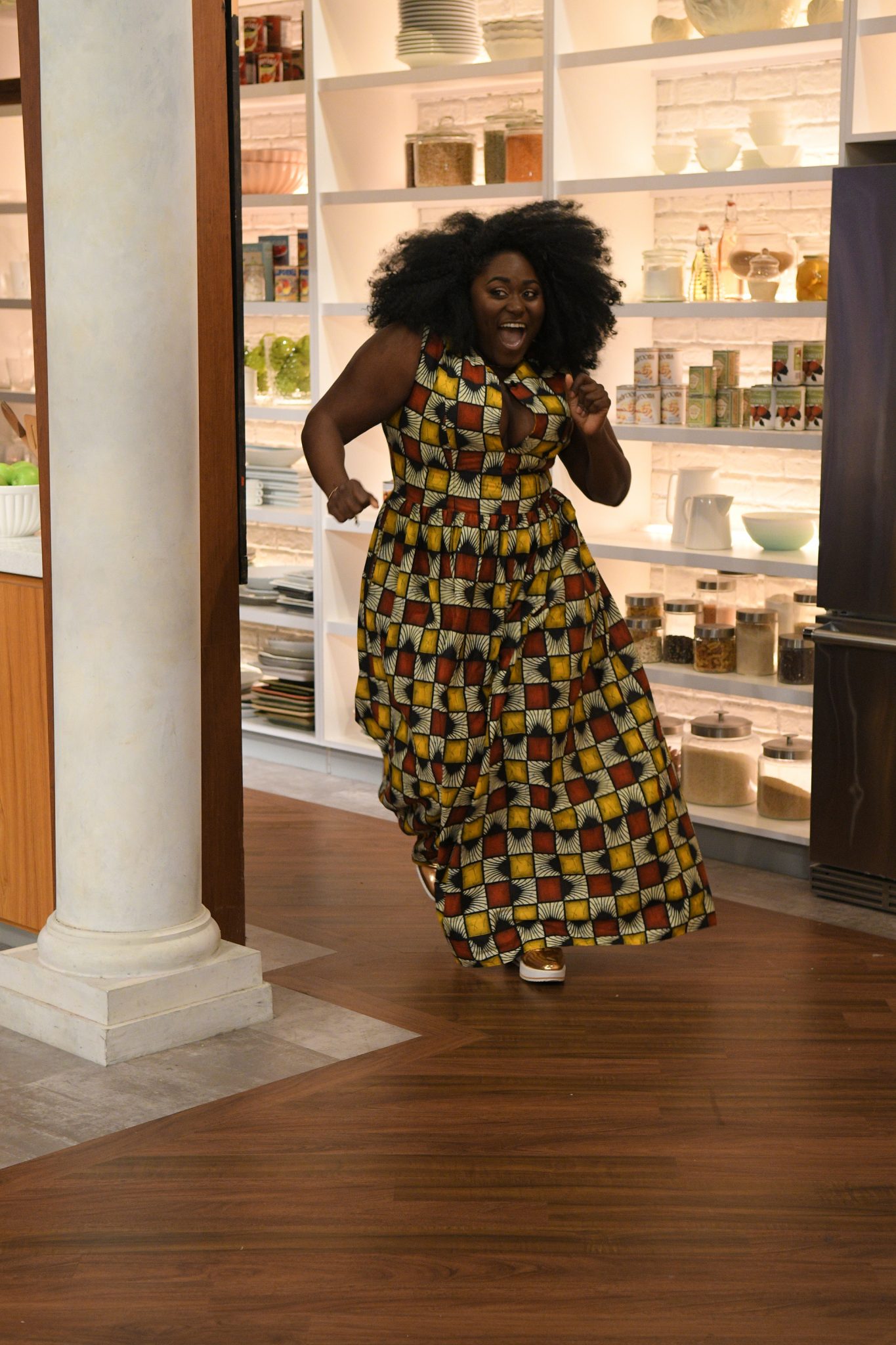 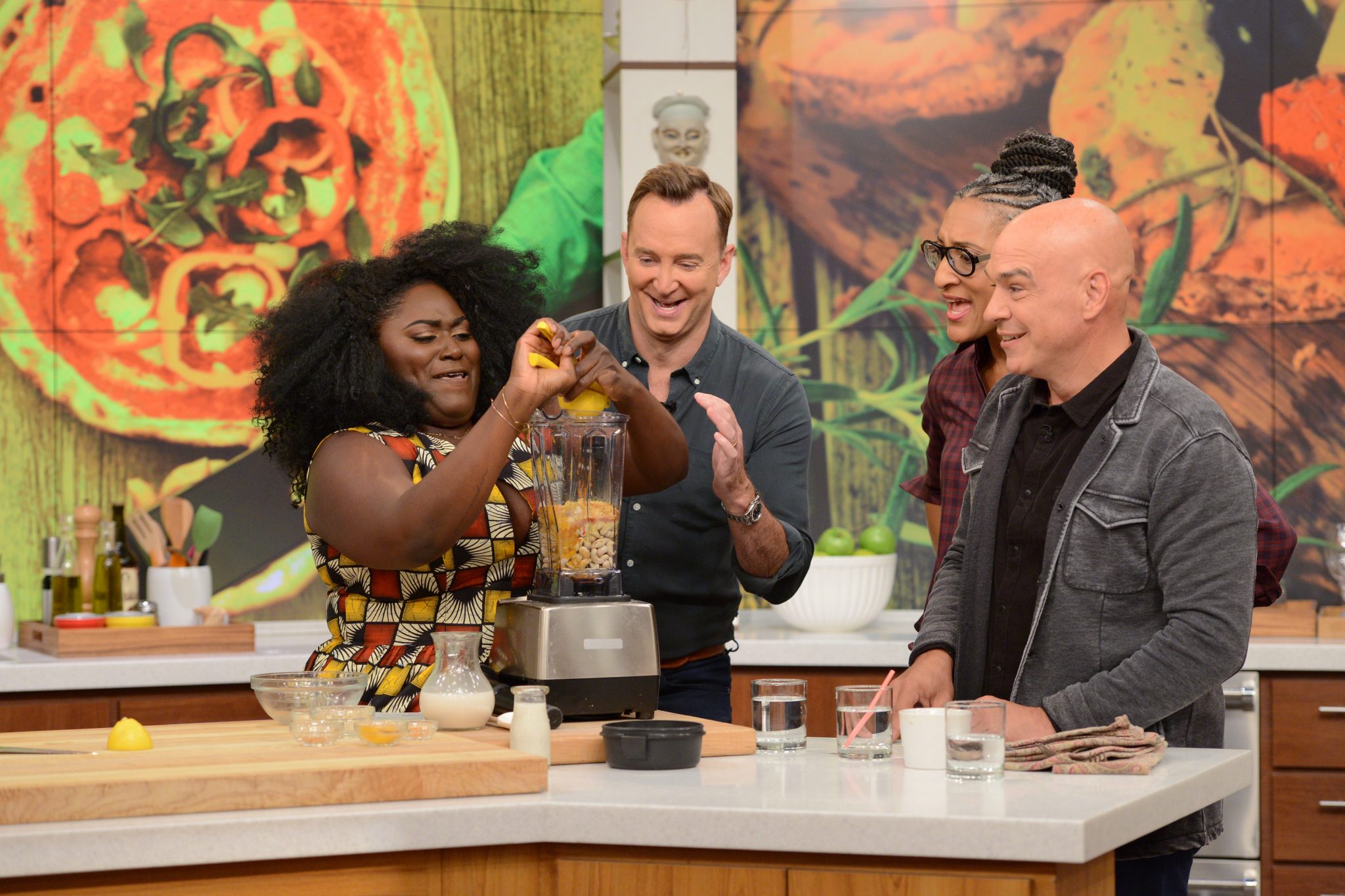 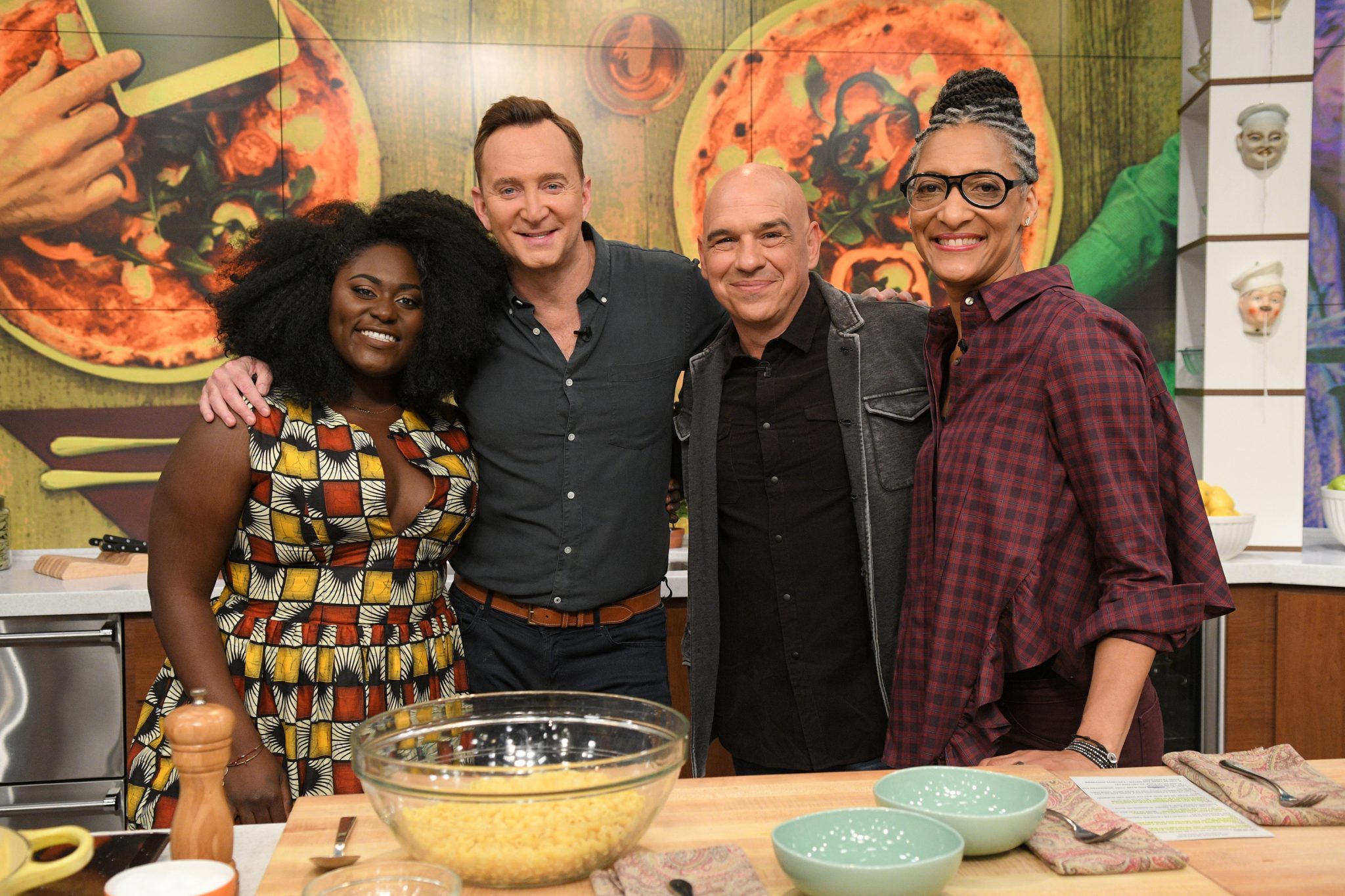