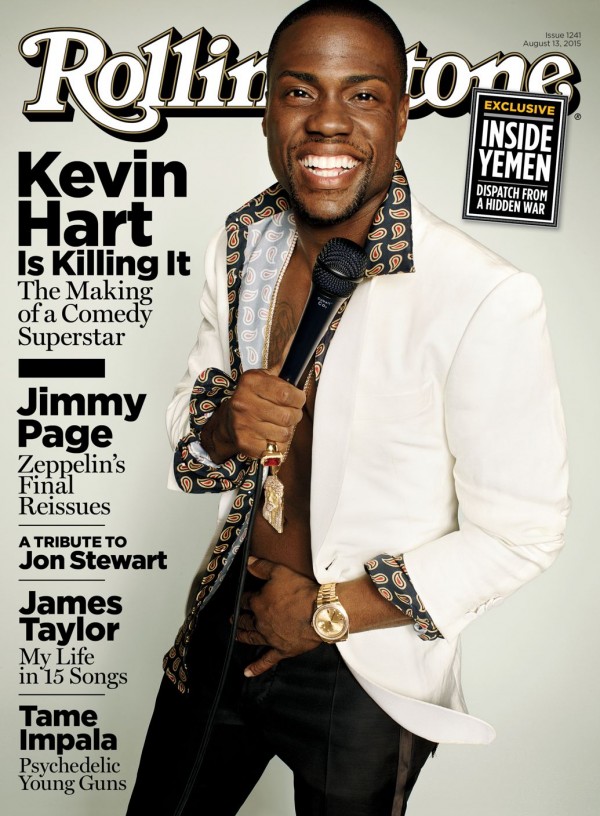 Funnyman Kevin Hart covers this week’s Rolling Stone. In his heartfelt interview he chats about his relationship, being a role model, racism in America and homophobia. Check out what he said inside and a funny video clip! 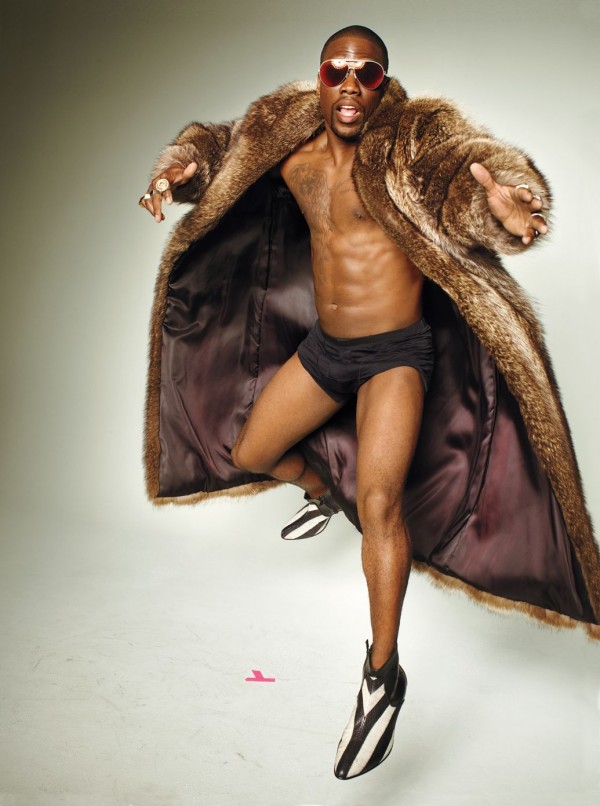 Being a motivational figure and racism in America

Part of the reason is that Hart wants to be seen as “a motivational figure. I won’t acknowledge what I won’t let beat me. Have I experienced racism? Of course. But will I make you feel superior by saying I’ve felt trumped at times? No. I’ll beat you by succeeding. I want to show my generation that a man of color, despite the roadblocks, can still make it. There’s moments when I took to social media and said things, but it’s always been on the positive side. I gave a message to Baltimore: At the end of the day, we’re only hurting ourselves by destroying what we have. We have to go back and live there.

We’re torching, firebombing, looting our stuff. We need that CVS! Be smarter than this!” Hart doesn’t see a time coming when he explores racism in his act, like his idols Rock and Chappelle do. Hart characterizes his appeal differently. “It’s not my style of comedy,” he says. “It angers me, but not onstage. Onstage, my job is to take away whatever problems are in the world, for that brief moment of time.”

“One of my biggest fears is my son growing up and being gay. That’s a fear. Keep in mind, I’m not homophobic. . . . Be happy. Do what you want to do. But me, as a heterosexual male, if I can prevent my son from being gay, I will.” This leads into vignettes in which Hart reacts to imagined signs of Hendrix’s blossoming homosexuality with interjections of “Stop, that’s gay!” Discussing this bit today, Hart says, “It’s about my fear. I’m thinking about what I did as a dad, did I do something wrong, and if I did, what was it? Not that I’m not gonna love my son or think about him any differently. The funny thing within that joke is it’s me getting mad at my son because of my own insecurities — I panicked. It has nothing to do with him, it’s about me. That’s the difference between bringing a joke across that’s well thought-out and saying something just to ruffle feathers.” Even so, he adds, “I wouldn’t tell that joke today, because when I said it, the times weren’t as sensitive as they are now. I think we love to make big deals out of things that aren’t necessarily big deals, because we can. These things become public spectacles. So why set yourself up for failure?”