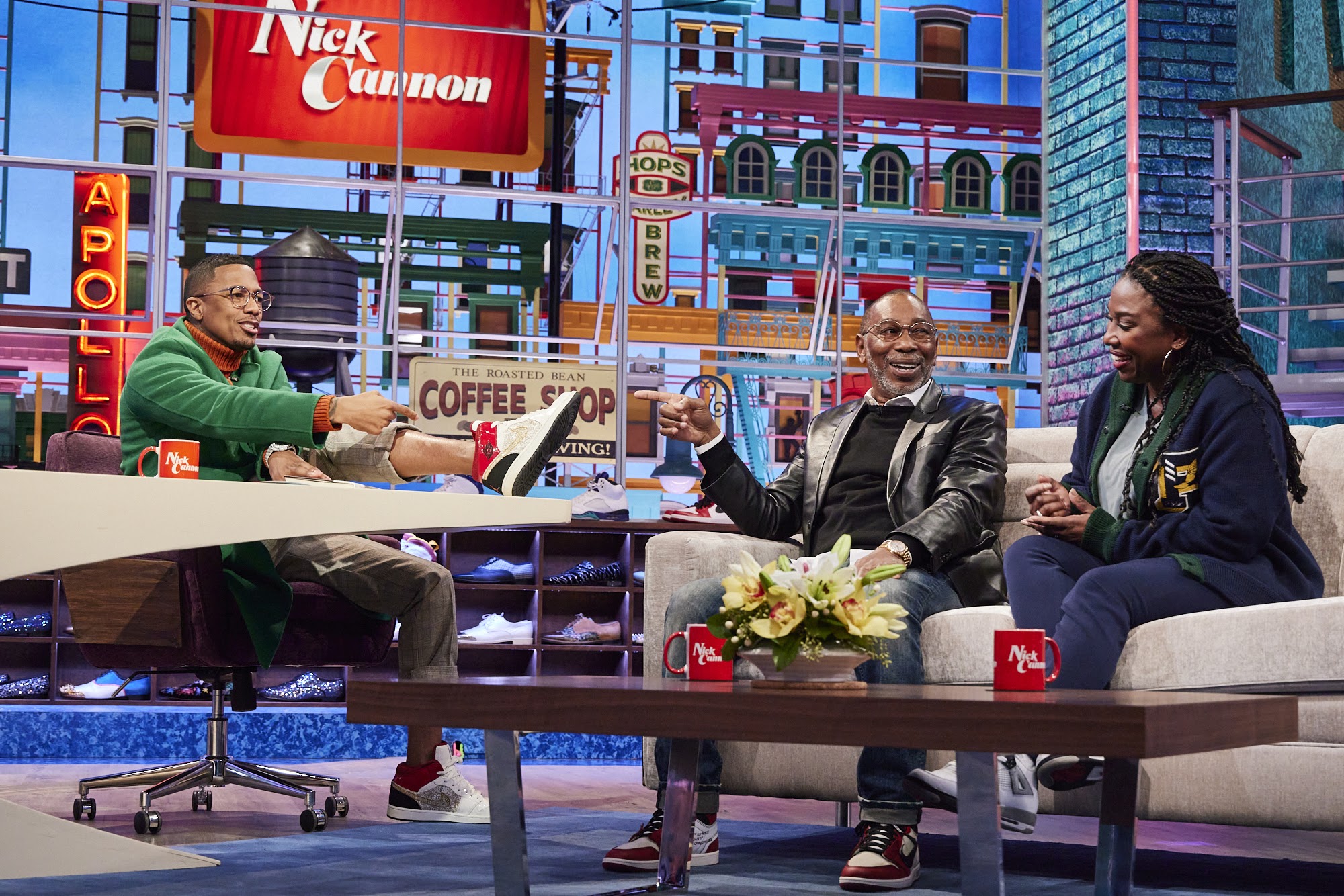 TALK SHOW HOST NICK CANNON AND CHAIRMAN OF THE JORDAN BRAND LARRY MILLER CHAT ABOUT HIS SECRET PAST IN HIS NEW BOOK “JUMP: MY SECRET JOURNEY FROM THE STREETS TO THE BOARDROOM.” See the video clip inside…

Nick Cannon: “When I had the opportunity to read this book my respect level for you shot to the moon but then the secret that you kept for over 50 years…why now?”

Larry Miller: “I’ve realized if we’re going to do this there’s certain people that I want to talk to before…Michael Jordan and Phil Knight were two people that I reached out to first. I told him…“Hey my daughter convinced me to do this” and I kind of told him about it and then when I got done he said “You know what, I agree with your daughter, you need to tell this story” and he said he’ll be there to help however he can and Phil Knight the same.”