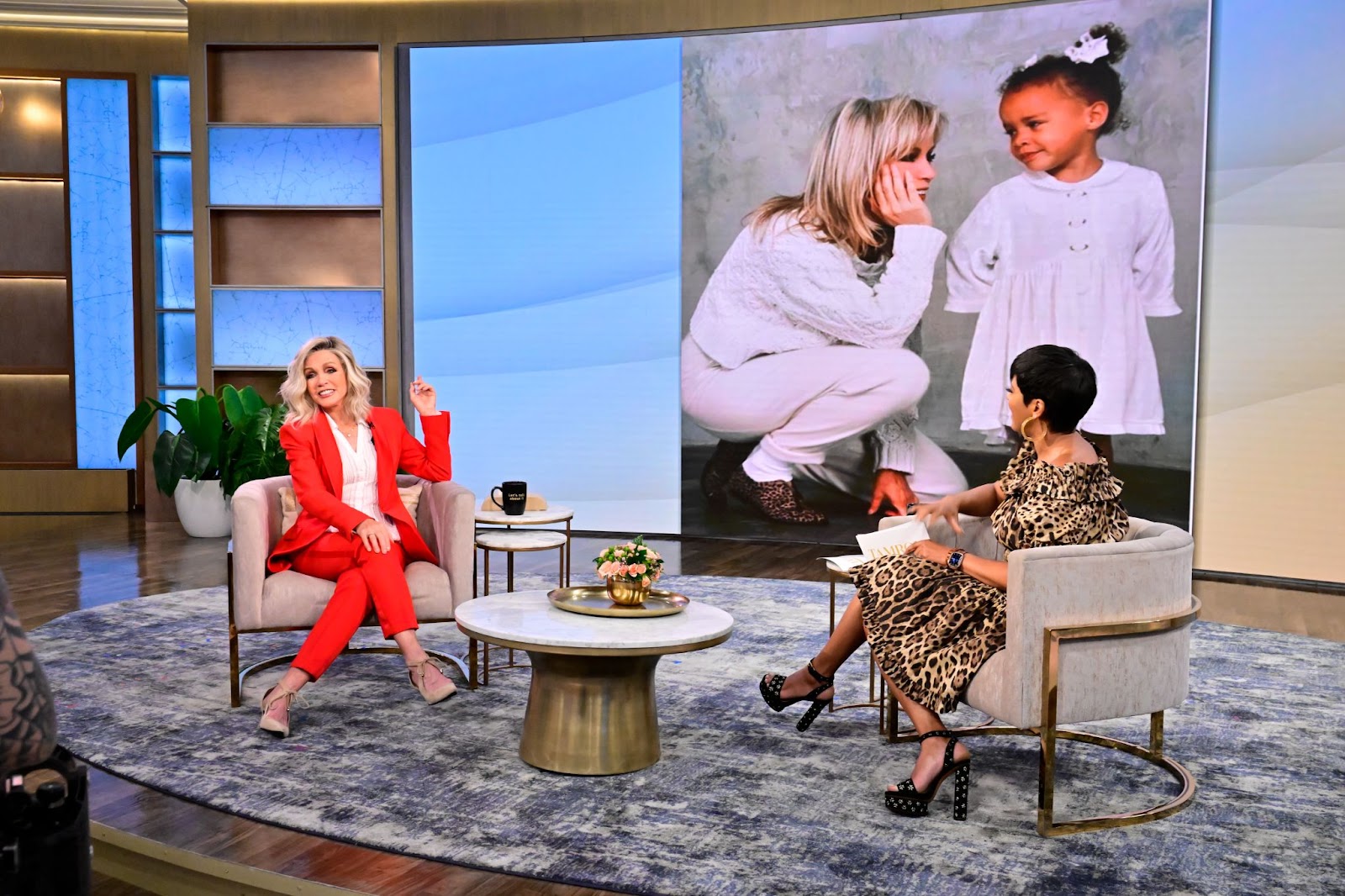 On the Tuesday, May 31 edition of “Tamron Hall,” Daytime Emmy Award-winning actress Donna Mills joined the show to explain why in 1994, she decided to adopt a child at the age of 54. Mills, the mother of 18-year-old model and influencer Chloe, also detailed her experience starring in Jordan Peele’s highly anticipated upcoming film, “Nope,” in which she stars alongside Keke Palmer and Daniel Kaluuya.

Mills’ response to the criticism that she faced surrounding her decision to adopt a child at the age of 54:

“I didn’t feel that it was selfish. I felt it was the opposite because now I would have the time to devote to a child. I’ve done things that I’ve wanted to do, and so I knew that I could have a lot to give a child and I wanted to do it. I was jealous every time I saw a kid run up to its mommy.” She continued, “I knew my life wasn’t going to be complete until I had a child in it.”

Mills on her calling to become a mother:

“I was very focused on my career. I was very driven in my career. So it just kept going on and on and I wasn’t really thinking about having a child or having a family or anything, so, you know, I got to be a little bit older and I looked around and I went ‘Oh! Wait a minute, it may be too late.’ But that yearning was there. The yearning grew bigger as I grew older.” She added, “As wonderful as my career was, as wonderful as my life was, there was a big hole.”

Mills on why she decided to wait until later in life to have children:

“Had I had a child back then, I probably would have resented it…‘cause I was so driven in my career. So it’s one of the reasons I waited, I didn’t want to resent the time that I would have to give. So, for me, it worked out beautifully. So I hope for a lot of women that they can have a career and then take some off and have children rather than try and do it all at once. Boy it’s hard.”

Mills on returning to the big screen in Jordan Peele’s latest film:

“It was wonderful. They’re [Keke Palmer and Daniel Kaluuya] so lovely, both of them. And he, Jordan, was just so respectful and so lovely and just a wonderful guy. When I auditioned for the role, you have to do these days a self-tape…I got the sides to do for the self-tape and it was a scene from ‘Blue Jasmine’ and I’m going ‘They sent me the wrong thing.’ And they said ‘No, no. He doesn’t let the script out. You can’t read the script before you get the part.’” She continued, “I had to sign an NDA, I couldn’t even say I was in the film for months and months and months. Finally, when they started to drop the trailers and stuff like that I could say I was in it, but I cannot say anything about what it’s about. But it’s really good.”