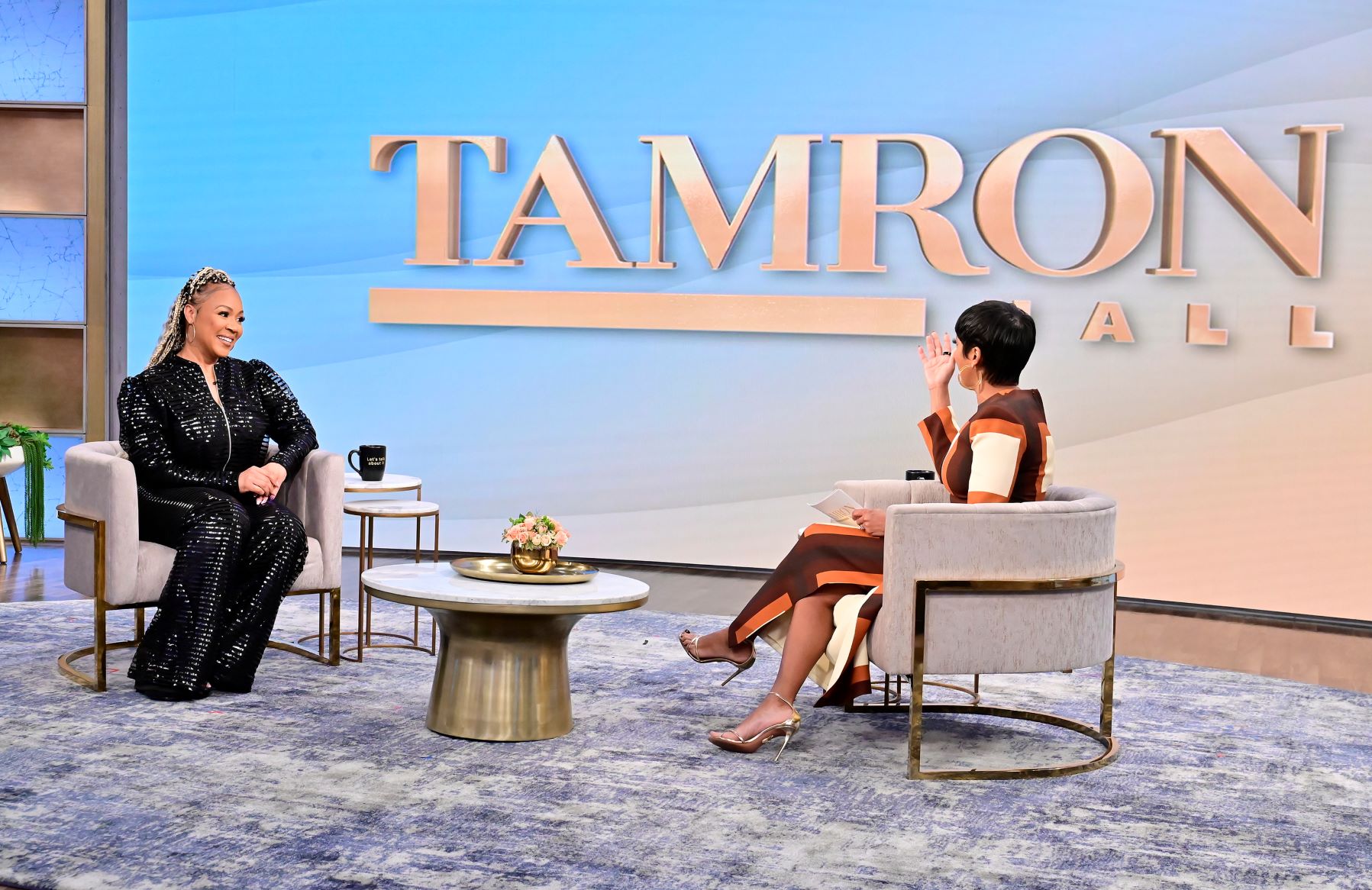 The Monday March 28 edition of “Tamron Hall” was out of this world as NASA Astronaut Kayla Barron joined Tamron from the International Space Station to talk about her experience looking down on Earth and adjusting to microgravity. Tamron also had an exclusive conversation with five-time Grammy-winning gospel star Erica Campbell who spoke candidly about her weight-loss journey and revealed for the first time ever that she had a medical procedure years ago that she regrets. She later performed her new single, “Positive.” Here what she had to say inside…

Erica Campbell on losing weight ahead of the Super Bowl performance:

“I tell people that I wrote the song [“Positive”] during the pandemic, while I was still not sure what was going on, what was coming, when I was going to sing again, when I’d sing in front of an audience again. And so when your life has been this one thing for so long, it kind of shakes you and the only way to change that is to make a decision. And so I made a decision – even before I knew that the Super Bowl was coming – I was like, ‘you know, I just want to change some things. So I’m going to change some things within my mind and within my body’ and what you guys saw at the Super Bowl was the result and the response was great.”

Eric Campbell reveals for the first time that she had a liposuction procedure:

“So I did have surgery. It was Lipo[suction]. And I was young and really didn’t know the process of what you were supposed to do. So I didn’t get the lymphatic massages that you’re supposed to get. So my body was not pretty. And before, my body was beautiful. Before I had just gained weight because I had just had my oldest daughter who’s now 17. So I had the surgery. It was really a bad situation. I was in a hotel room, bleeding everywhere and they sent a nurse and some Tylenol…And then I had another baby. So I gained the  weight again. So it was like ‘what was it all for?’ When asked if she felt pressure to get back to her pre-baby weight as an entertainer Campbell responded, “you know I don’t know that the ‘snapback‘ culture was so much when I had my first daughter, but after my last baby, my daughter Zaya 12 years ago, absolutely, people were having ‘mommy makeovers,’  like right after the baby. And I just didn’t at that time – I didn’t feel the pressure because I had already gone through this experience that didn’t – it gave me results, but the process – I should have just worked out.”