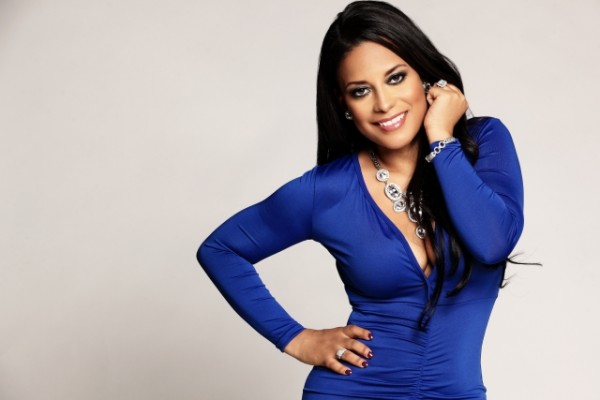 If you were under a rock last night or fast asleep, you may have missed Bravo’s reality show, Married to Medicine where reality stars Quad Webb-Lunceford and Lisa Nicole Cloud got into a heated discussion while trying to diffuse their differences at a meeting. It didn’t go to well and tempters flared up! I watched in disbelief as these two ladies who call themselves professionals went at it! I know both ladies and to be fair to both of them, all I will say is that BOTH ladies were wrong and owe each other apologies!

Over the years, I too have dealt with shady, petty, catty and downright ugly situations when dealing with women but you know what, I put it in God’s hands! Especially when I know that I have done NOTHING to them! Jealously is a very evil trail to have, I swear!

So what will the future hold for these two ladies that have to see and work with each other? Only time will tell but I did have an opportunity to conduct an exclusive interview with Lisa Nicole the other day and check out what she had to say about doing a 2nd season with Married To Medicine, background checks, her fight with Quad, cheating husband rumors and more inside…Chile! 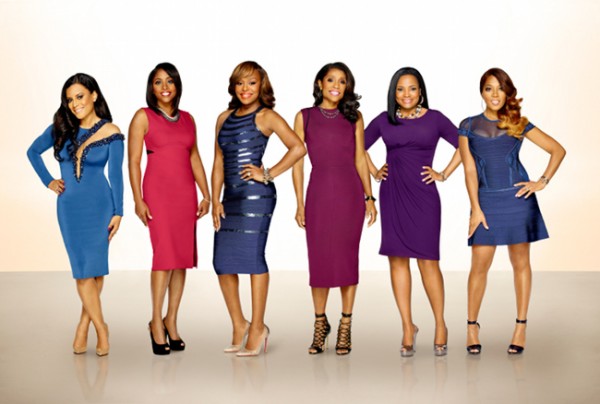 So you’re in your 2nd season of doing Married To Medicine, how do you feel?
Well, I must say its a lot. If I never do another season where I am the center of the controversy it would be alright by me. I thought initially going in that it would be a great platform for my brand and to inspire women and it has had some good points but I can honestly say that I can do without all the drama. I don’t like drama and controversy.

Tell me about you feud with Quad Webb-Lunceford
People warned me about her. Ever since people made her the fan favorite on the show, I think it has literally gone to her head. We were initially friends on the first season, I had met her at an event prior to me being on the show, so I kinda paired up with her. Producers like to put you in these groups but I found out quickly that she is not a friend and very vindictive and manipulative. 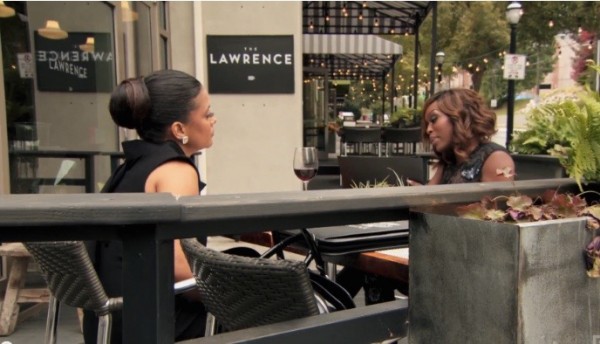 Why do a background check on your castmates? Reality TV is a business. As I’ve always said, it was never personal it was a business decision. I did a background check on three of the castmates because I didn’t know them from a can of paint and I wanted to see who I was on a show with. I have never revealed anything that I’ve learned either, it was just for my own personal knowledge. The other cast mates didn’t care. We know it’s part of being on TV that your life is an open book. I apologized to them if they were offended and we all moved on except for Quad who wanted this to be a controversial storyline this season. While you didn’t see it on camera because of editing an apology was given many times. Its business at the end of the day and I have apologized and what is done is done and all I can do is apologize and move forward in a positive and productive way.

In last nights episode, we see you toss water on Quad, what was that all about? Well she has planted very bad seeds and have spread lots of malicious rumors about me and my family which are 100% not true! I went into mama bear mode when you start attacking my family. Anyone would protect their family! I signed up to do the show not my family! We got into a heated argument when she started saying my husband has illegitimate children which he doesn’t by the way and I just lost it! My husband and I have had our differences and there was infidelity when we were dating but my husband has NoT cheated on me since we married and she just keeps making up these lies and she pushed my button! I felt horrible after the incident but

I was just protecting my family. She also put rumors out there about my husband having an affair with a gay man and more. She doesn’t know what lie she wants to perpetuate, cheater, gay, dead beat dad….it’s all a very malicious way to in her words “slay people” to feel she is the star. She did it to Mariah last season and this season she is coming for me. She even told people around town before the season started she was coming for my husband. It’s just way below the belt and unnecessary to make good TV. I will admit and own my wrongdoing, I should never have thrown water in her face. Under no circumstances was that acceptable. I had a moment when I lost it and I do regret that happened. For that I was wrong. Also do keep in mind, some things are edited out on reality TV and parts of the incident were not shown, including a punch she threw which prompted me to self defend.

What have you learned about doing reality tv? I learned that you can not trust anyone. One season you can be friends with someone, the next they will make you their enemy for a storyline. It’s a tricky environment to navigate and sometimes in moments when it gets intense you must learn to stay calm and keep your composure because people will deliberately push your buttons and try to take you there, especially people like Quad.

How is Lisa Nicole Collection doing? We are gearing up for our Fall 2015 collection, we have closed our boutique in Buckhead because the location was not ideal for foot traffic but we are moving to a bigger and better location very soon in a mall. We are going to have a huge grand opening so stay tuned for that. For now shop online at www.lisanicolecollection.com or visit our private showroom in Duluth with an appointment.