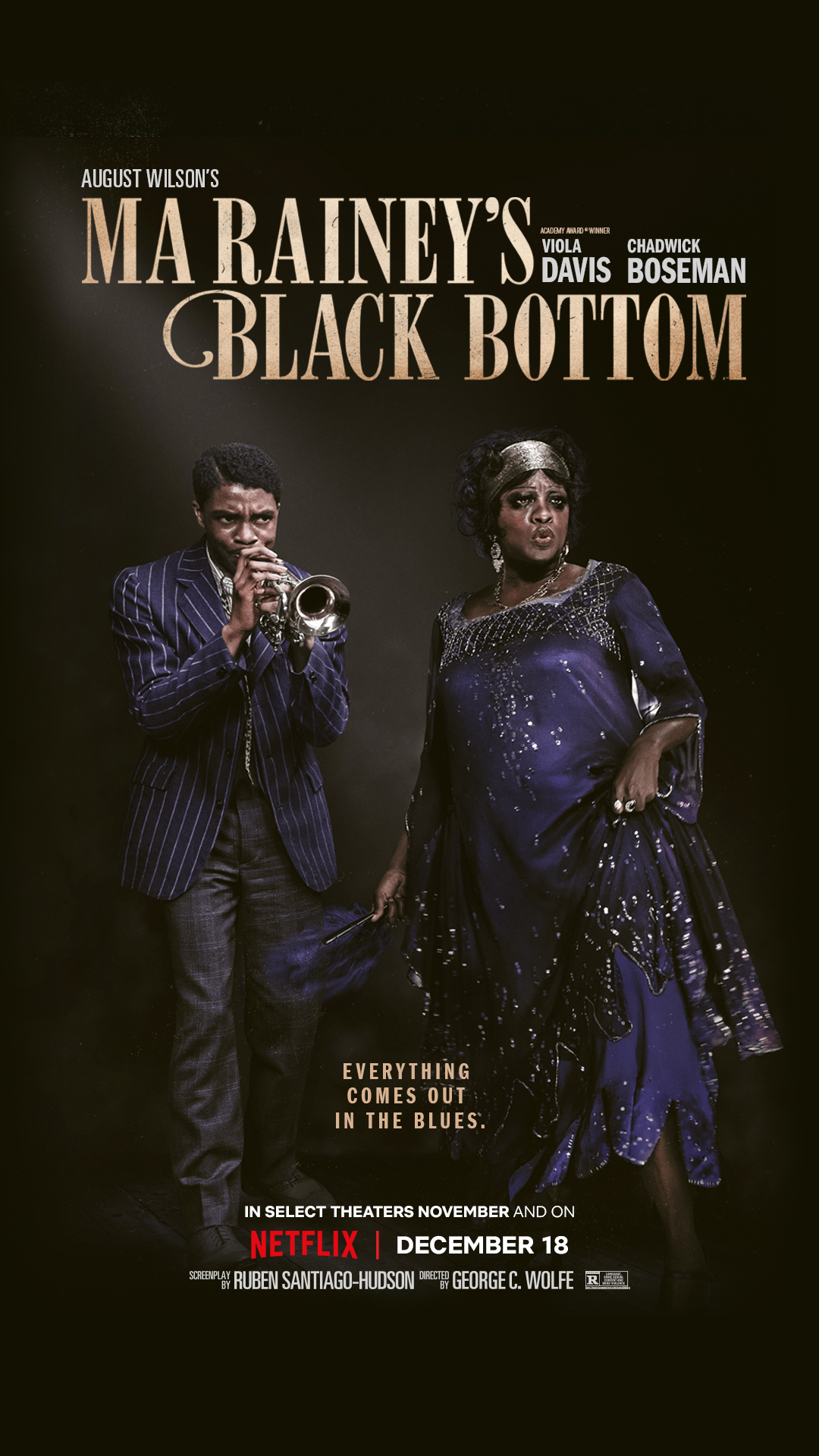 Oh my, I see that Actor Chadwick Boseman did a film for Netflix called, Ma Rainey’s Black Bottom may he RIP!  The movie is scheduled to be released on December 18th, 2020. It takes place in the 1927, in Chicago, Illinois.  He plays an ambitious trumpet player by the name of Levee. He has an eye for Ma’s(Viola Davis) girlfriend and has dreams of breaking into the music industry! This movie is based on the Pulitzer Prize winner August Wilson’s play.  take a peek of some images that was just released and more information about the film, also check back for the trailer. 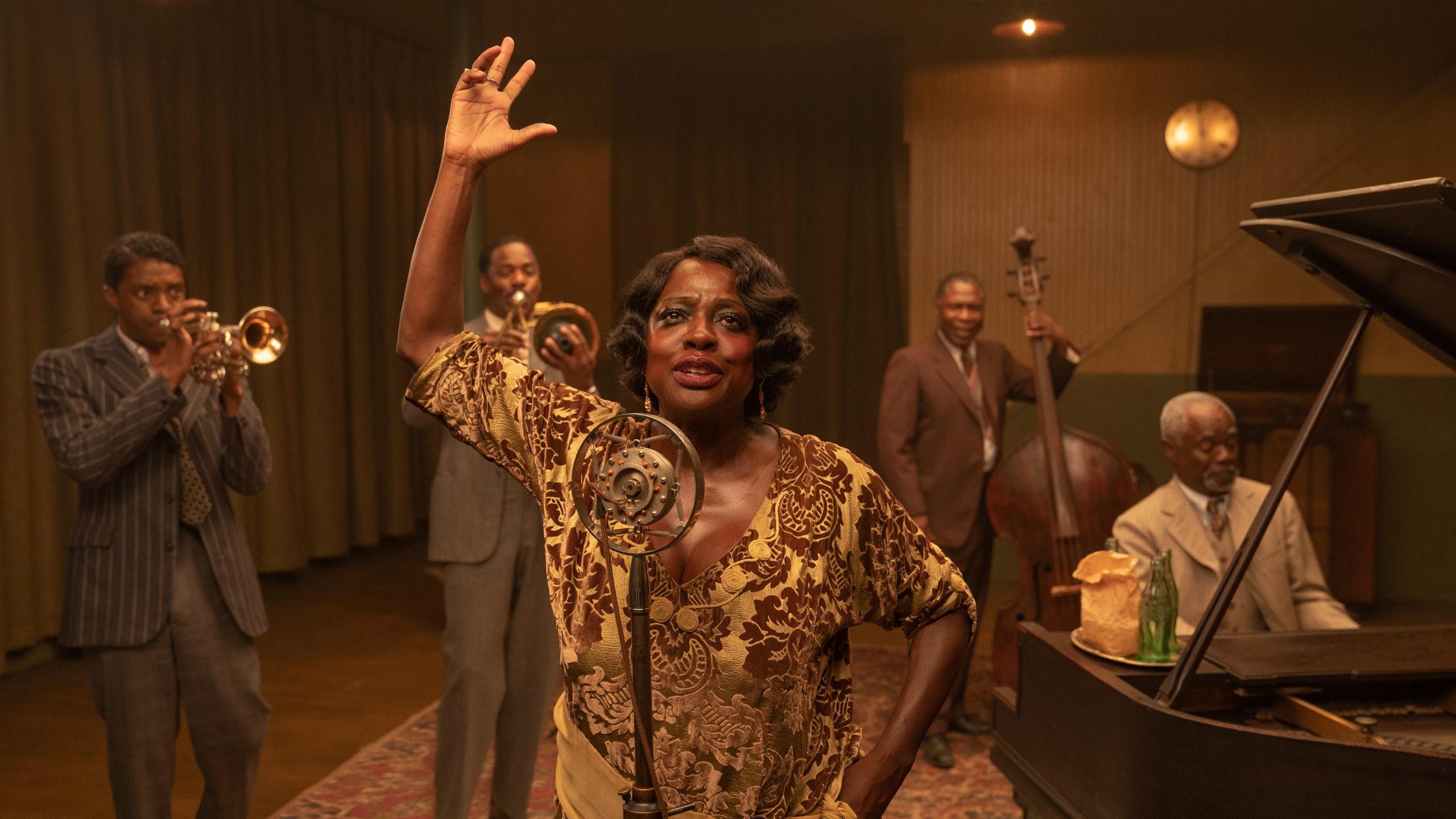 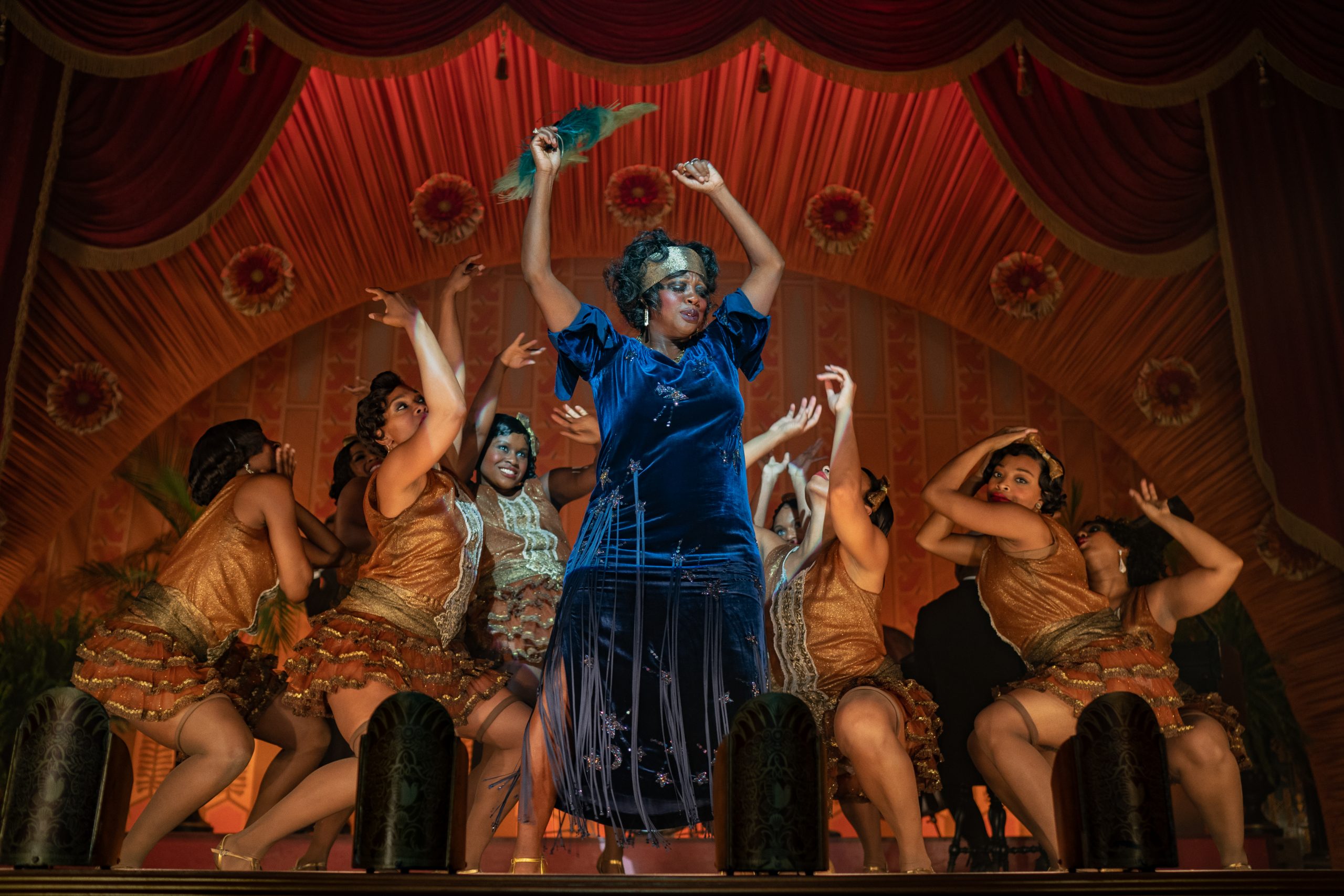 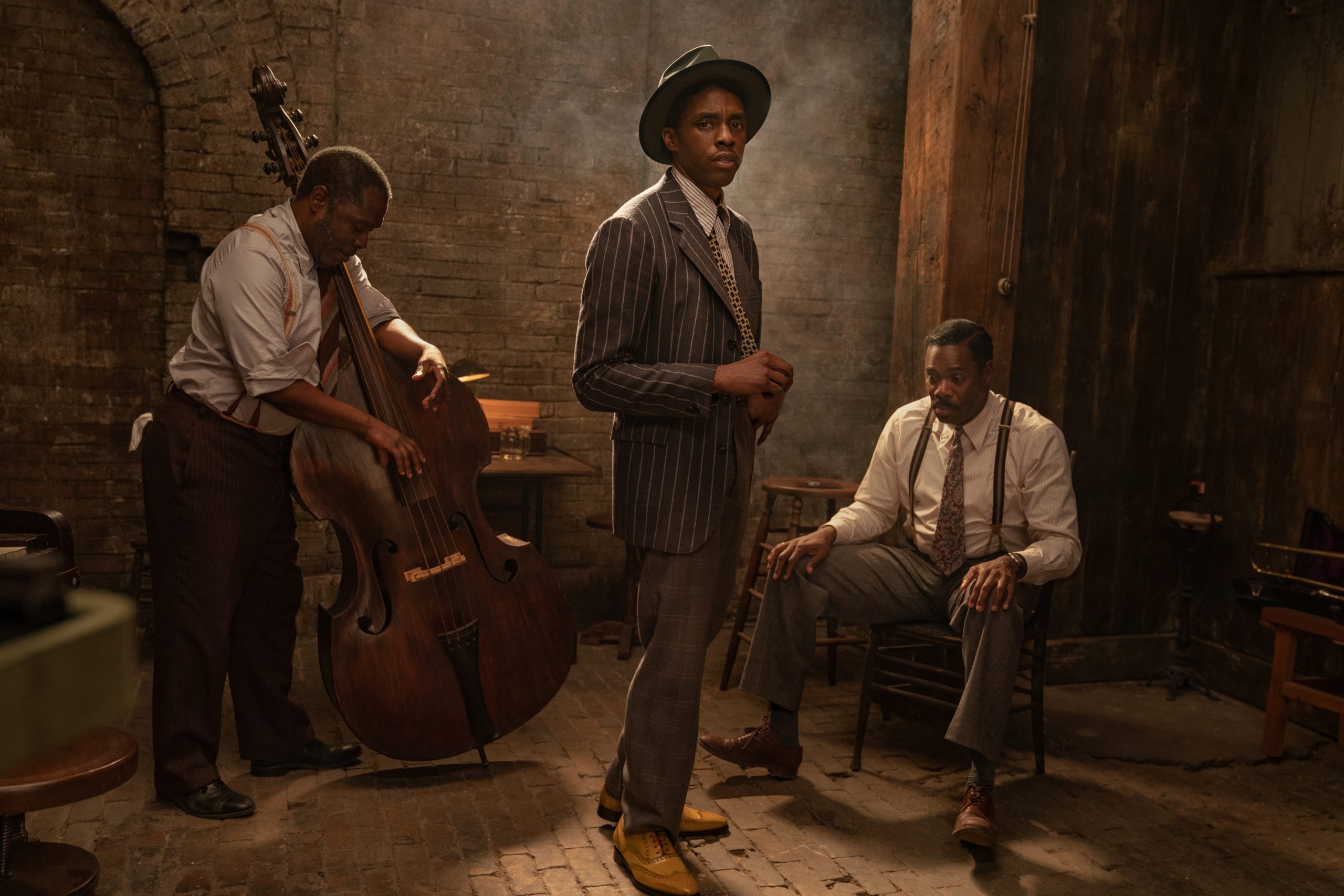 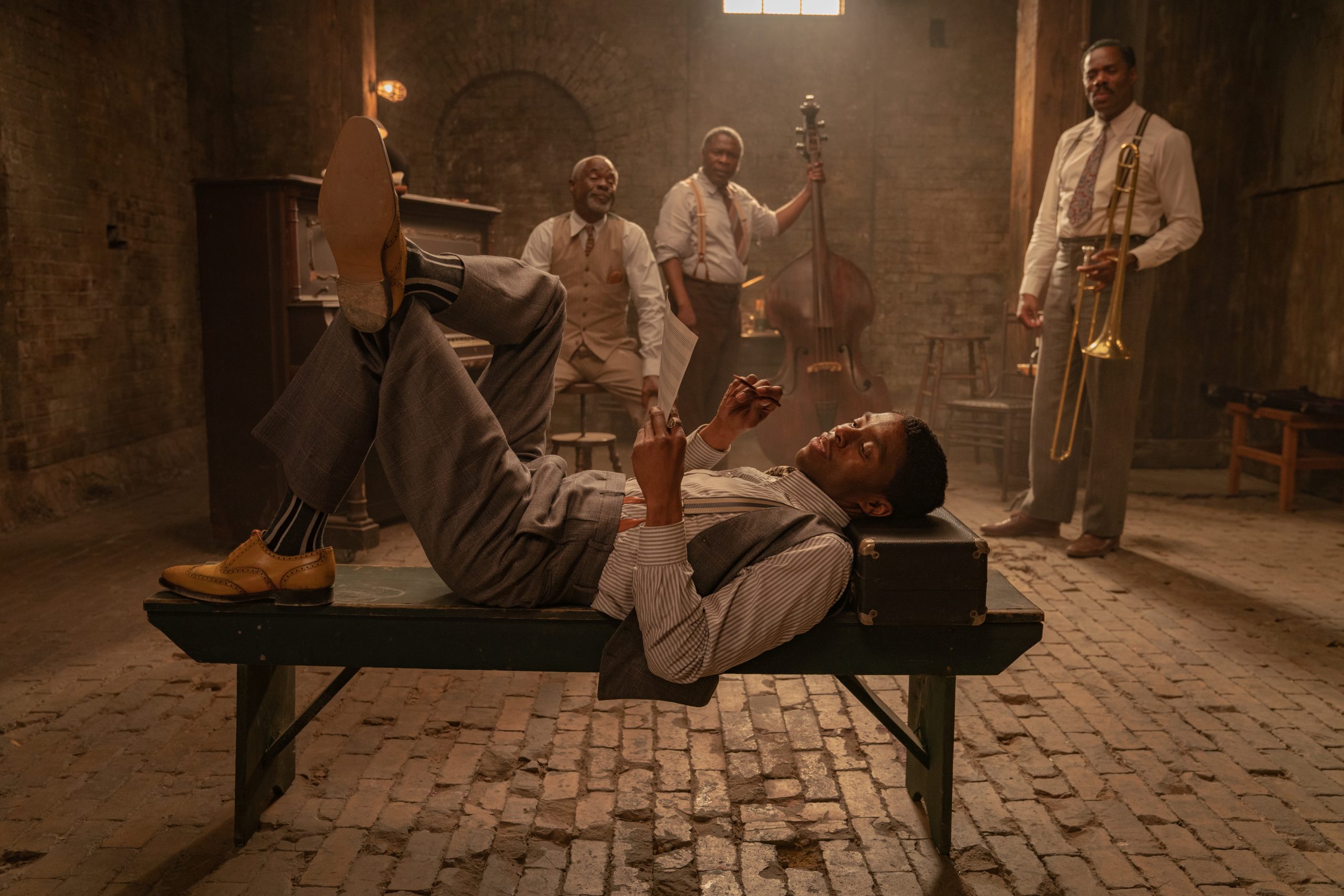 The film is about the trailblazing performer, the legendary “Mother of the Blues,” Ma Rainey (Academy Award winner Viola Davis) as she engages in a battle of wills with her white management and ambitious horn player, Levee, over control of her music during a recording session in 1920s Chicago. It is also about the war between Ma’s ambitious horn player Levee and the future he envisions versus the past he cannot escape.

This is not a biopic. While inspired by real life figure Ma Rainey, the film and the play are fiction. 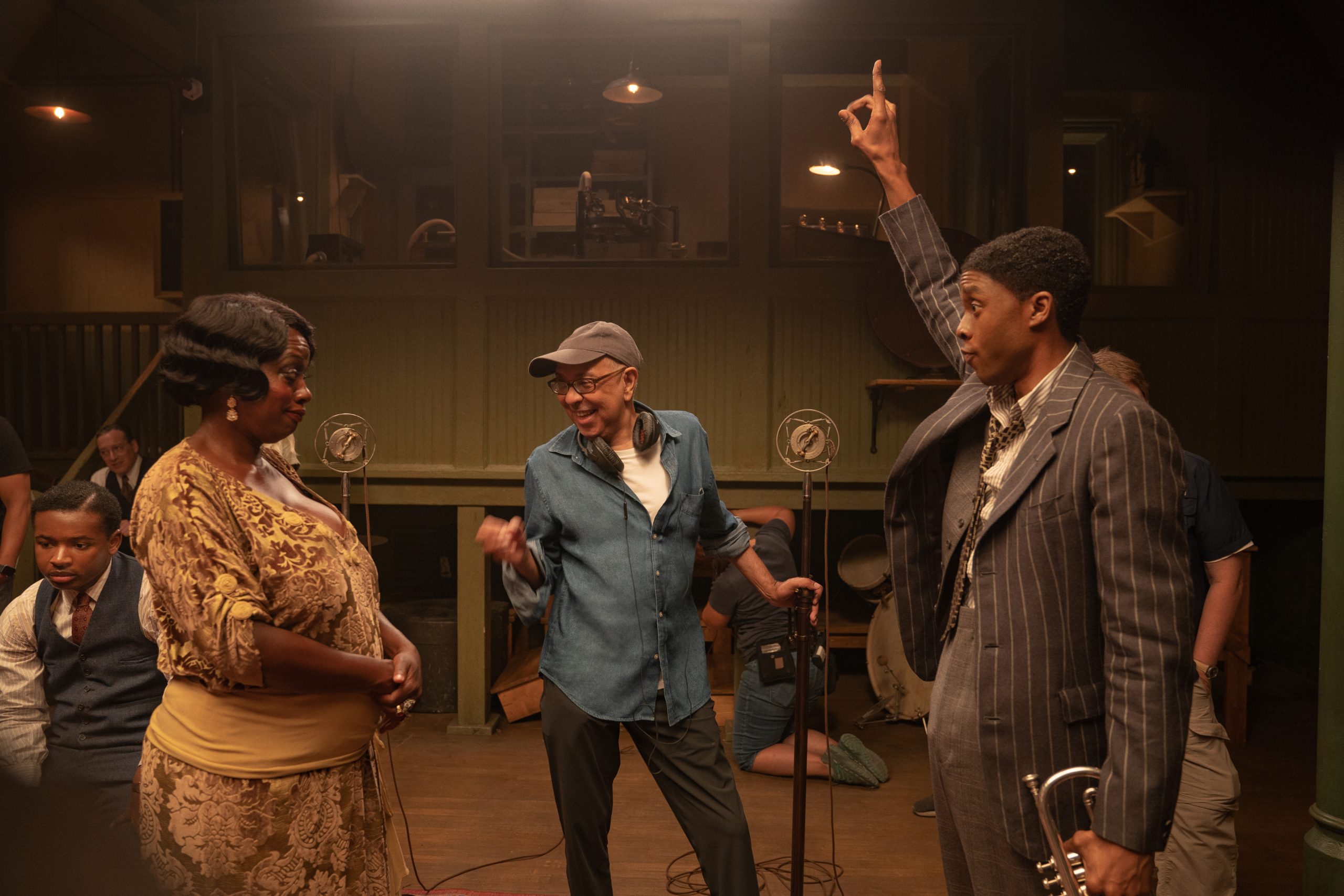 Tensions and temperatures rise over the course of an afternoon recording session in 1920s Chicago as a band of musicians await trailblazing performer, the legendary “Mother of the Blues,” Ma Rainey (Academy Award® winner Viola Davis). Late to the session, the fearless, fiery Ma engages in a battle of wills with her white manager and producer over control of her music. As the band waits in the studio’s claustrophobic rehearsal room, ambitious trumpeter Levee (Chadwick Boseman) — who has an eye for Ma’s girlfriend and is determined to stake his own claim on the music industry — spurs his fellow musicians into an eruption of stories revealing truths that will forever change the course of their lives.
Adapted from two-time Pulitzer Prize winner August Wilson’s play, MA RAINEY’S BLACK BOTTOM celebrates the transformative power of the blues and the artists who refuse to let society’s prejudices dictate their worth. Directed by George C. Wolfe and adapted for the screen by Ruben Santiago-Hudson, the film is produced by Fences Oscar® nominees Denzel Washington and Todd Black. Colman Domingo, Glynn Turman, Michael Potts, Taylour Paige and Dusan Brown co-star alongside Grammy® winner Branford Marsalis’ score.
Share It!