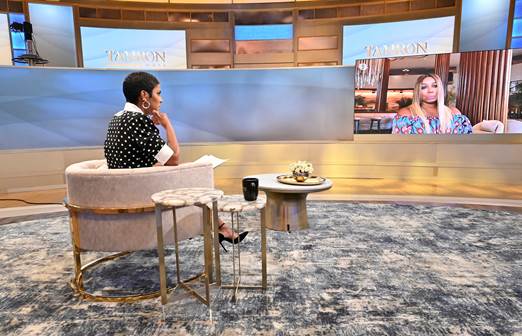 On the Friday, October 2 edition of “Tamron Hall,” former “Real Housewives of Atlanta” star NeNe Leakes will join the show to discuss, for the first time on TV, her decision to leave the franchise and speaks out about allegations of discrimination that she has shared recently on social channels. Inside, please find a sneak peek clip of the interview:

Nene Leakes, who just announced her departure from Bravo’s ‘Real Housewives of Atlanta,’ sits down with Tamron Hall to discuss her departure from the show. She touches on her recent discrimination and bullying allegations against the TV network plus more.

In the clip above, Tamron asks Leakes:

“NeNe, you didn’t know I could see you in the commercial break. You’ve been crying this entire break. ..You said you want to meet potentially with the folks over at Bravo behind the scenes if you think that something can be worked out. These allegations, again, very serious. Discrimination, bullying. What is there to be worked out? What do you want from them?”

To which Leakes responds:

On whether or not the Real Housewives star wants to be back on the show: