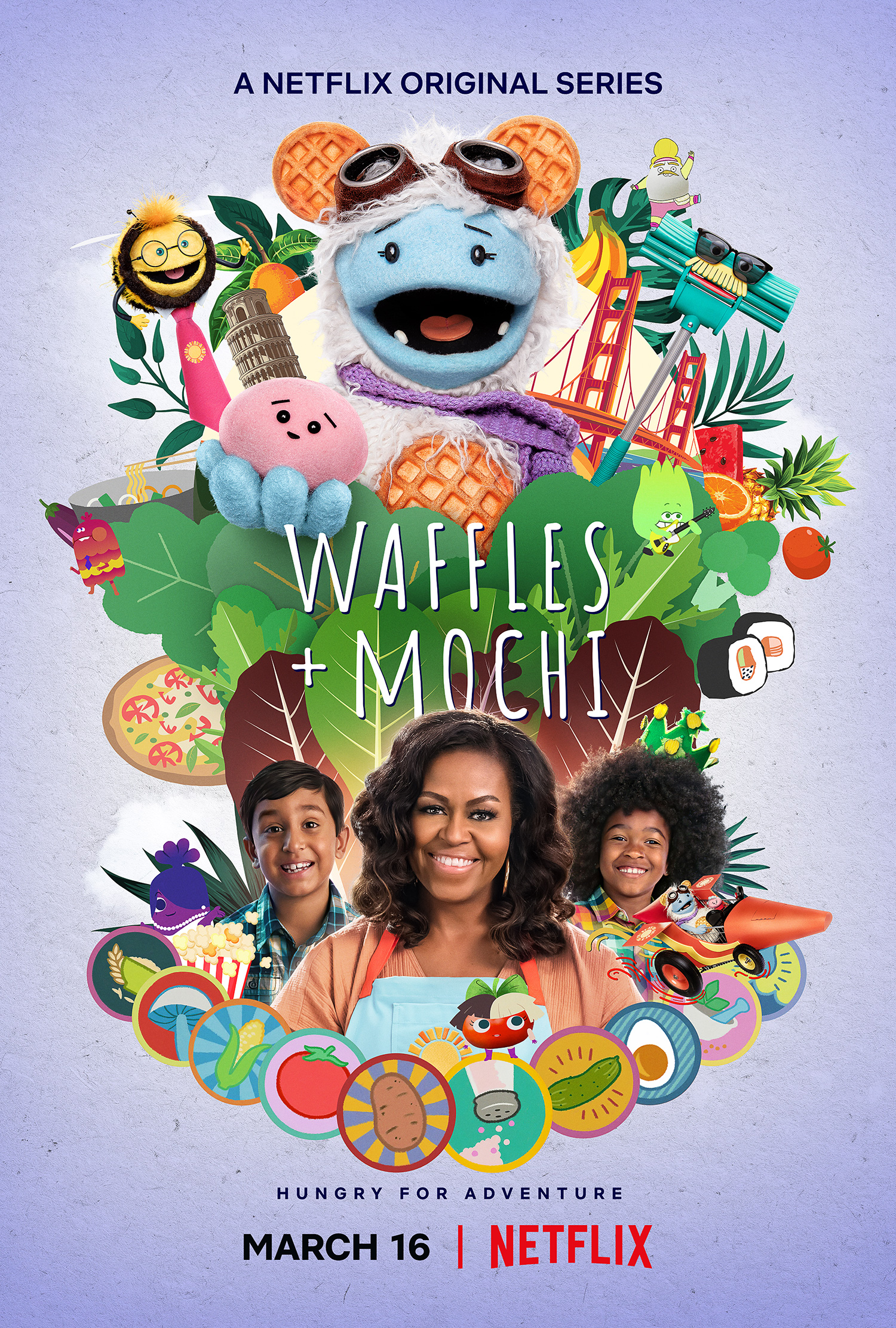 Hey there guys there is a new Netflix series coming on March 16th and it features Former First Lady Michelle Obama! It’s called, Waffles + Mochi! I know kids will love this new series and especially my grandson Legend! It’s about two besties Waffles +Mochi and their dream is to become chefs! I won’t tell too much more but it looks super cute! More images inside and can’t wait to see Michelle Obama! 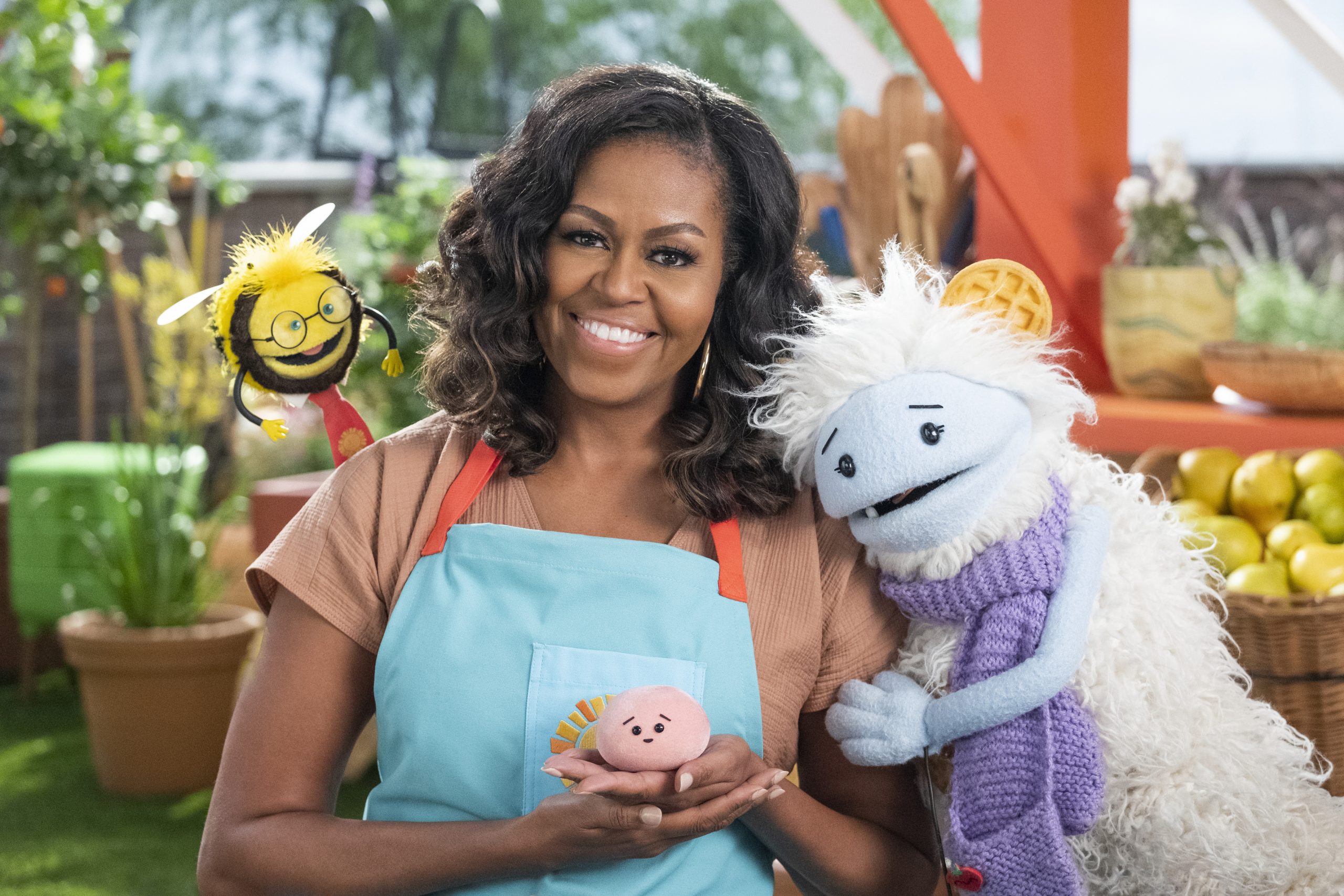 Michelle Obama, wearing a blue apron, stands in a rooftop garden posing for the camera and holding a pink, round mochi puppet. A bee puppet wearing a red tie hovers over her shoulder while a furry white and blue puppet with frozen waffle ears embraces her side. 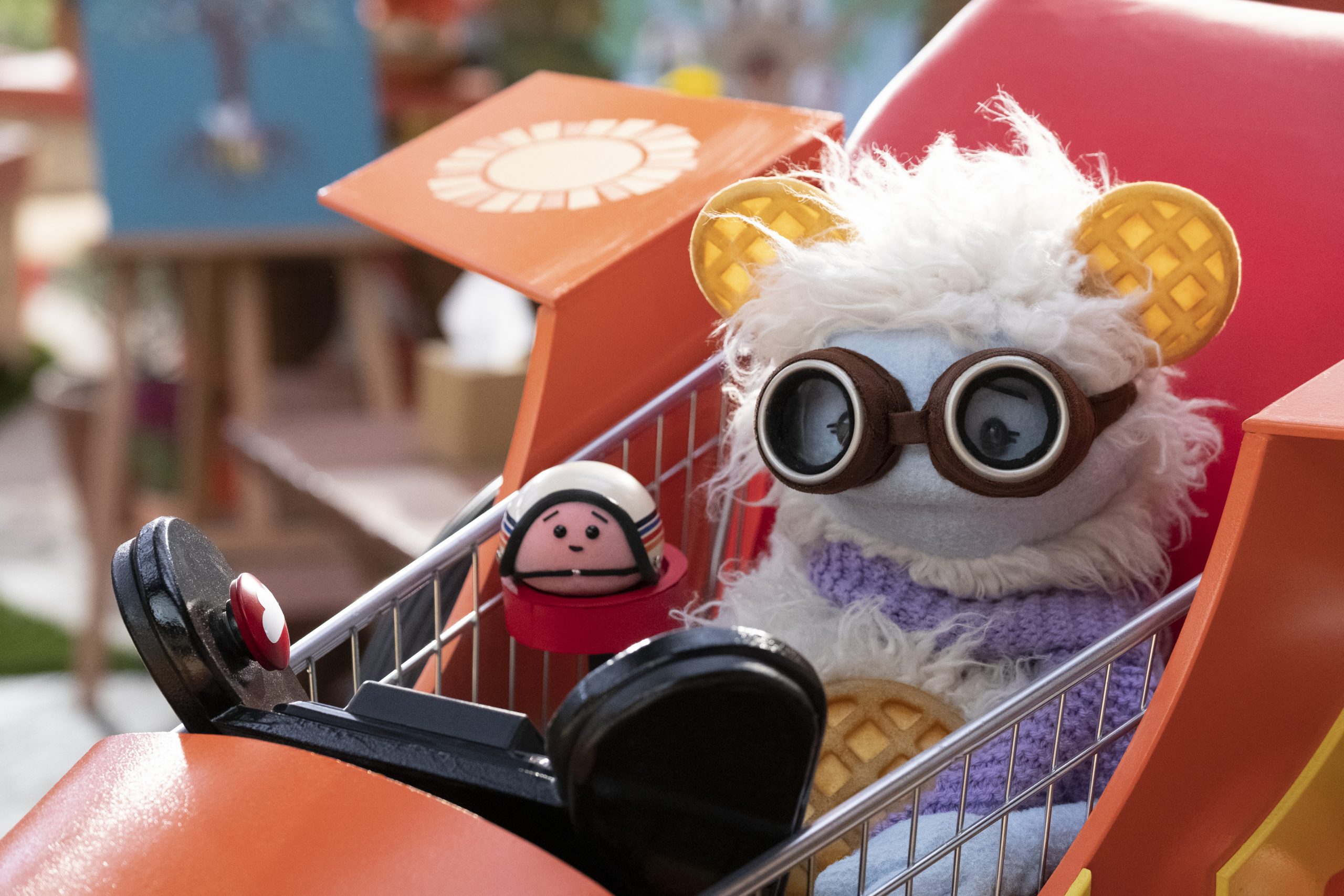 A furry white and blue puppet with frozen waffle ears, wearing protective flight goggles, is seated next to a pink, round mochi puppet, wearing a helmet. They are inside a flying go-kart smiling for the camera. 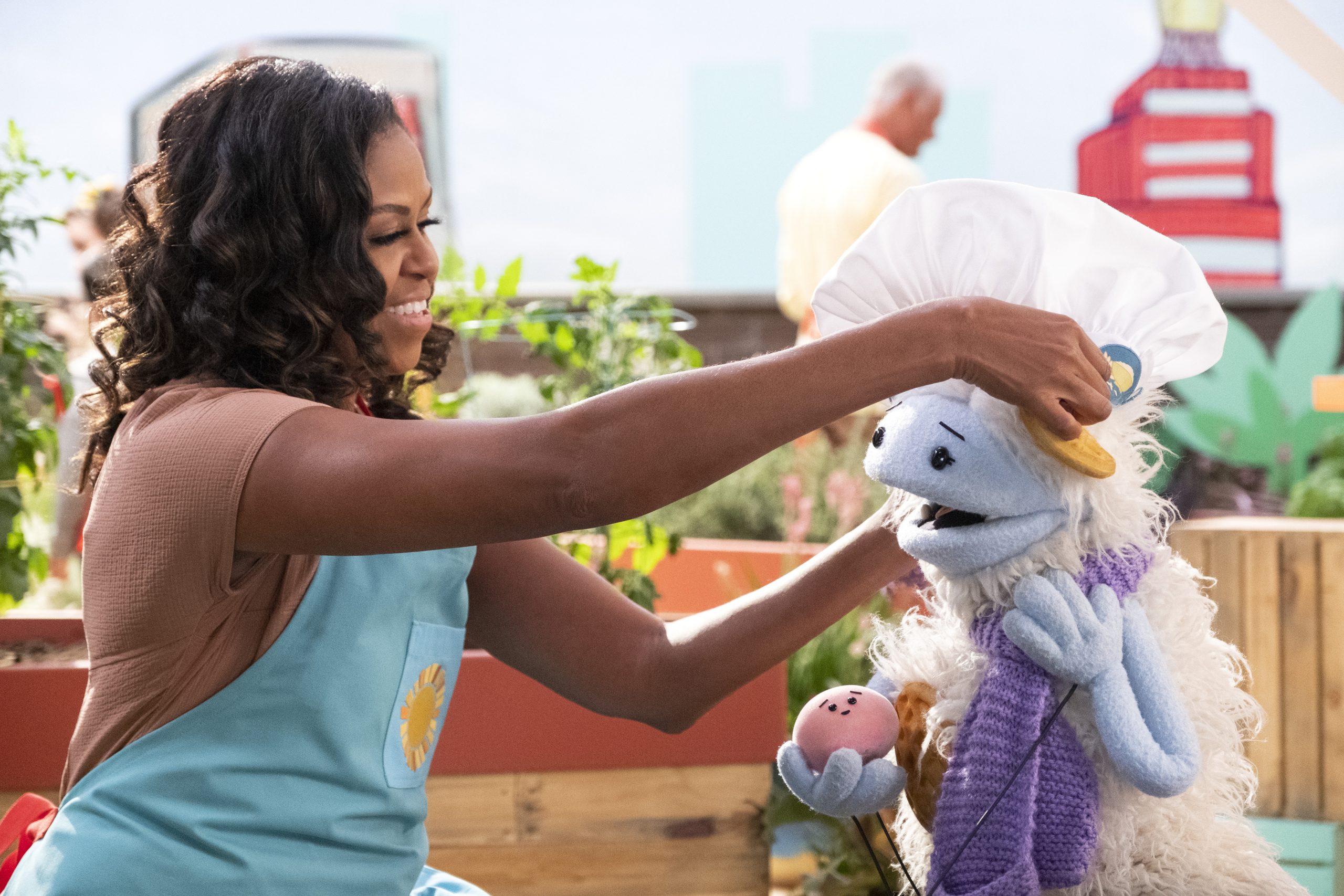 Michelle Obama, wearing a blue apron, sits in a rooftop garden and places a chef’s hat on a furry white and blue puppet with frozen waffle ears, who is holding a pink, round mochi puppet.

Synopsis:
Once upon a thyme, deep in The Land of Frozen Food, lived two best friends named Waffles and Mochi with one shared dream: to become chefs! The only problem? Everything they cooked was made of ice. When these two taste-buddies are suddenly hired as the freshest employees of a whimsical supermarket, they’re ready for the culinary adventure of a lifetime. With the help of friendly new faces like the supermarket owner, Mrs. Obama, and a magical flying shopping cart as their guide, Waffles and Mochi blast off on global ingredient missions, traveling to kitchens, restaurants, farms and homes all over the world, cooking up recipes with everyday ingredients alongside renowned chefs, home cooks, kids and celebrities. Whether they’re picking potatoes in the Andes of Peru, sampling spices in Italy, or making Miso in Japan, these curious explorers uncover the wonder of food and discover every meal is a chance to make new friends. Waffles + Mochi is an exciting invitation to get kids and grown-ups cooking together in the kitchen and connecting to cultures around the globe.
Share It!