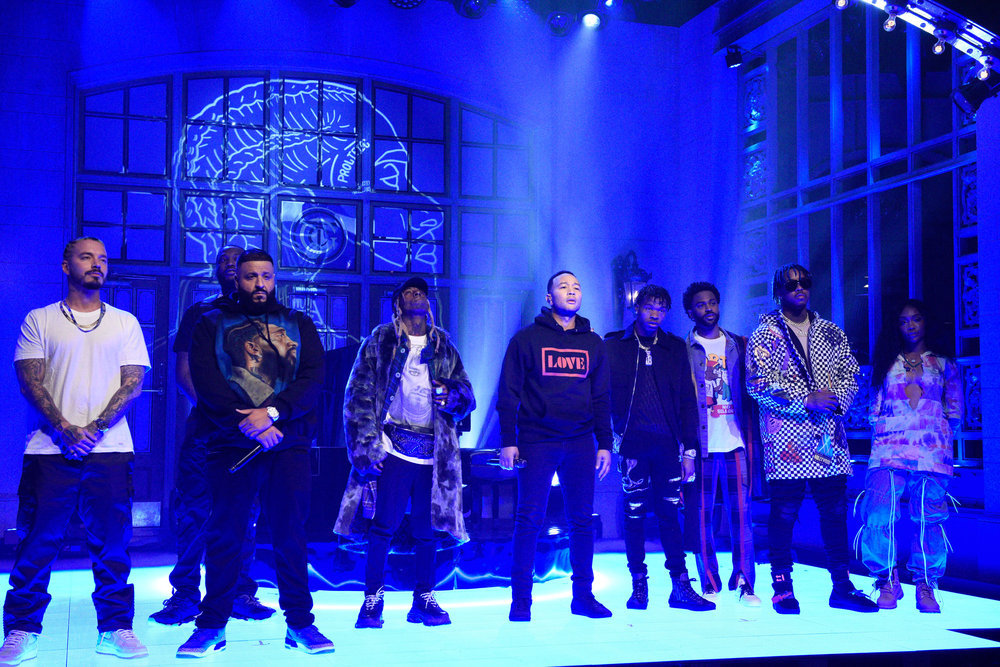 So over the weekend, everyone was talking about DJ Khalid’s appearance on Saturday Night Live lol. They said he kept promoting his self and repeating “another one” every chance he got lol. He was on to promote his new album, “Just Us” with a medley of songs from different artists. Musical guests performances was by J Balvin, Lil Wayne, John Legend, Lil Baby, Big Sean, Jeremih and Sza.

On the radio this morning, they said that they didn’t know if this album will hold up to the last one he put out but it does have some bangers on it! I heard the live version of the tv appearance on the radio this morning and DJ Khalid definitely does shout out “another one” a thousand times but hey, he doesn’t sing or rap or do anything else, I guess that’s his thing lol. Check out the performance video inside and more pics, I’m dead! 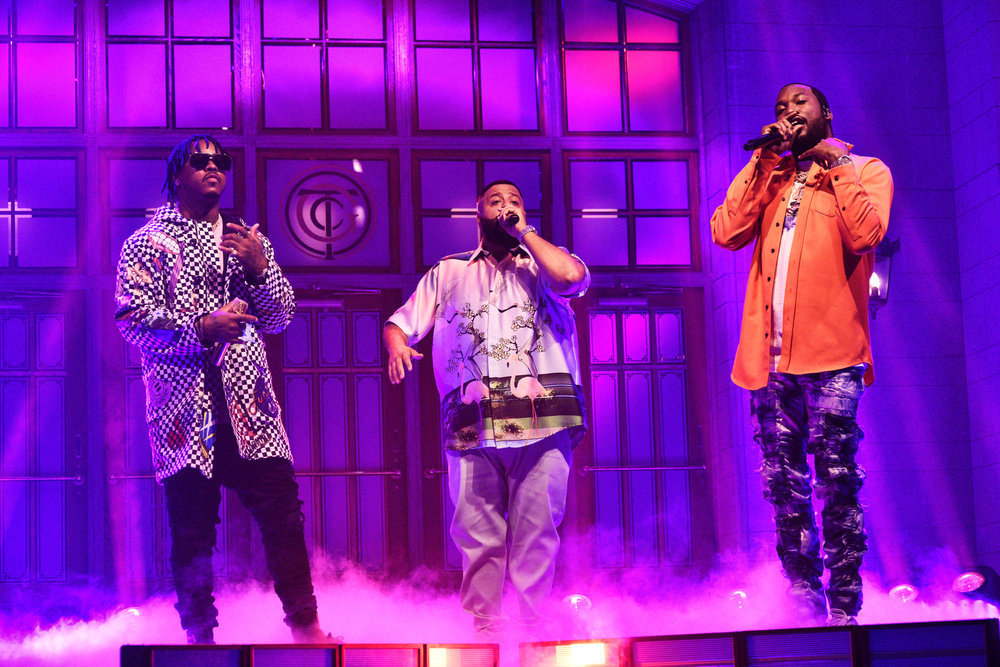 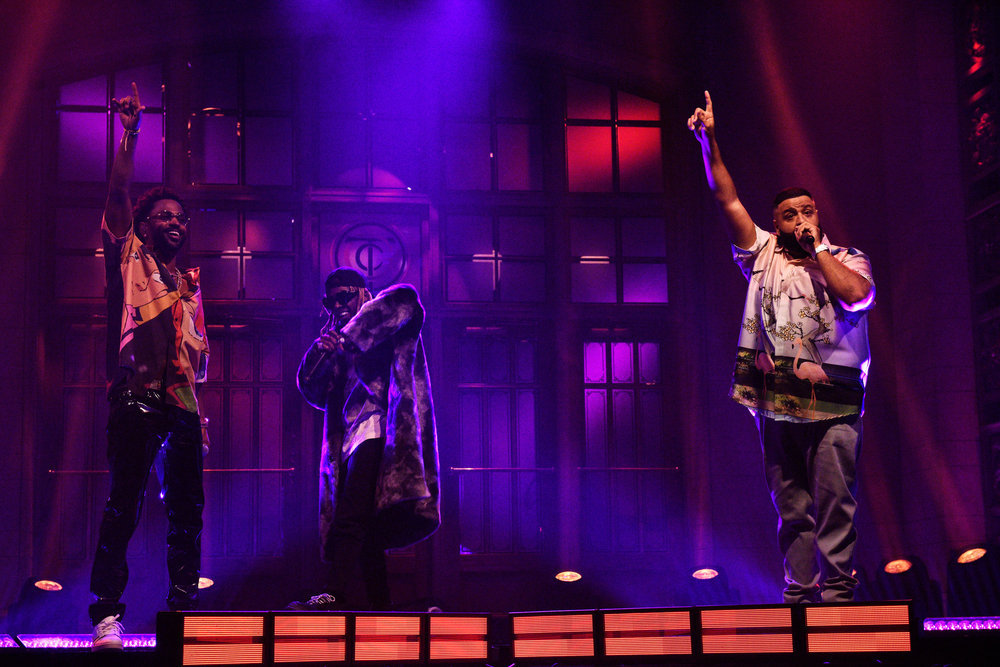