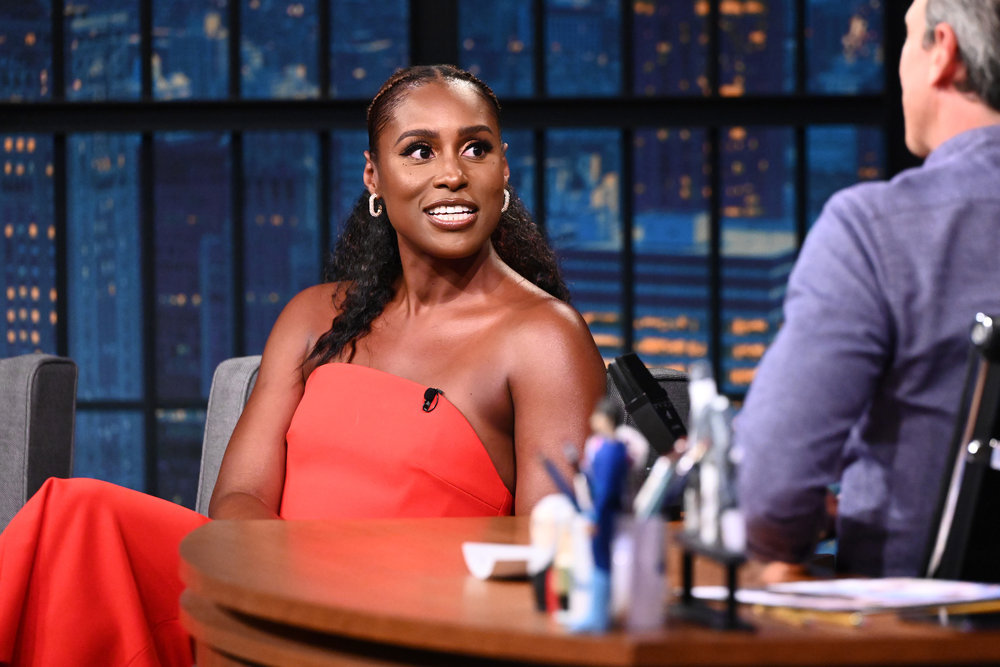 Actress Issa Rae sat on the couch over at Late Night with Seth Meyers the other evening. She was on to talk about the name and inspiration behind her new show Rap Sh!t, the wide array of talent writing and producing the show’s music, and working with B.J. Novak on Vengeance. Later Issa chatted about Insecure’s Emmy nominations, working a shift at her coffee shop and getting a key to the city of Inglewood, California.

Loved her total look and that pretty dress. If fits her nicely and the color on her skin tone, yes! She’s a busy lady and her new comedy series Rap Sh*t debuts on HBO Max July 21st, 2022, see more pics inside and a video clip…. 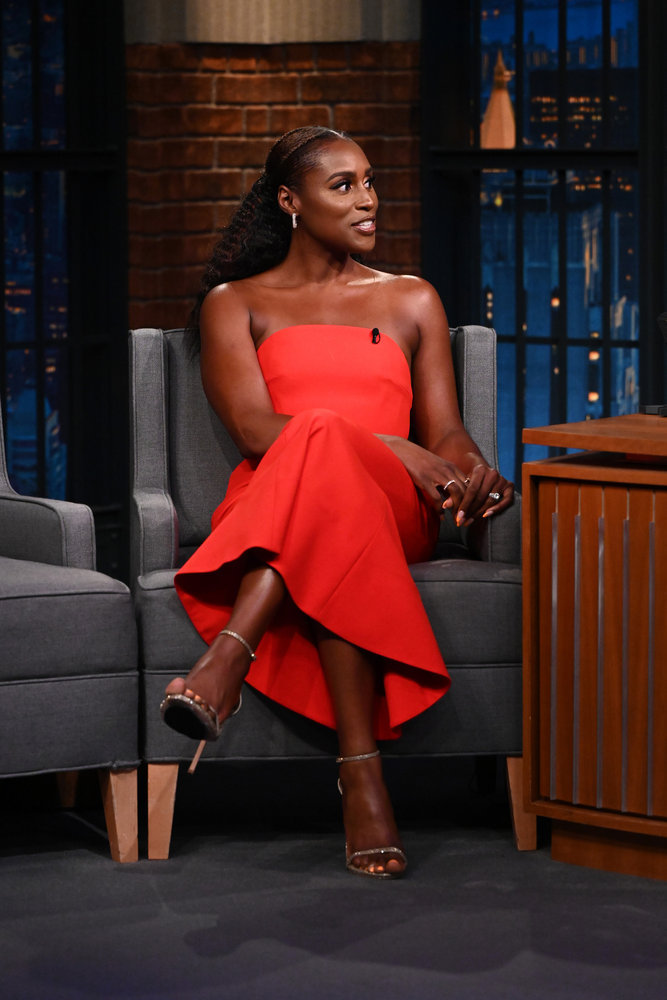