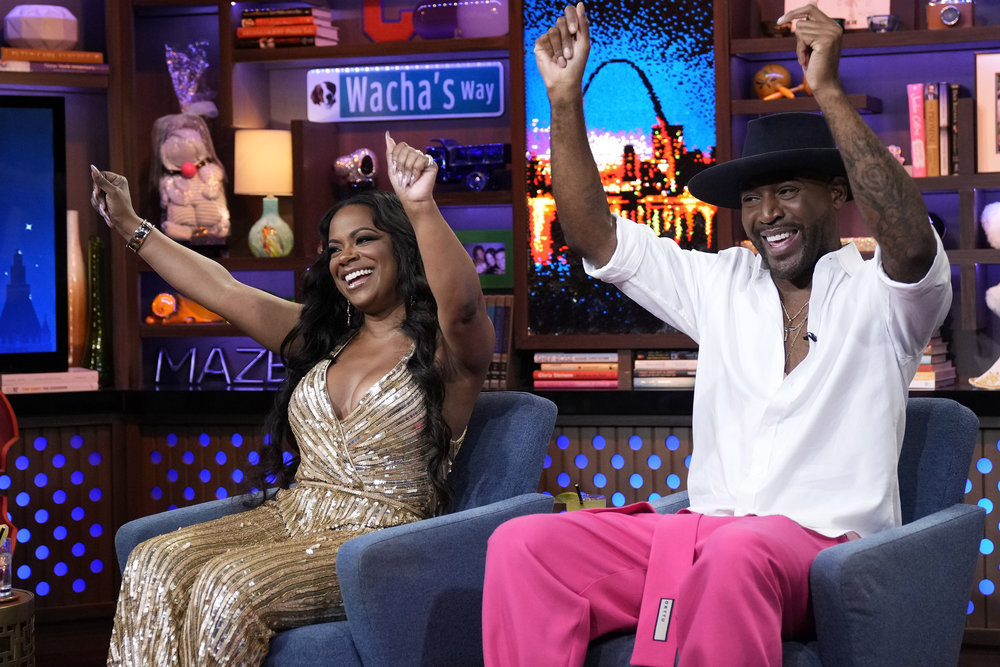 Reality Star Kandi Burruss and Karamo made an appearance in the clubhouse over at Watch What Happens With Andy Cohen! Kandi said that she thinks the seating during the current RHOA reunion was crazy, questioning why Sanya Richards-Ross was sitting next to Drew Sidora since things were bound to pop off between them. Plus, she admitted that she doesn’t want to be in the front seat. She also said that her favorite reunion look was from season 10! I liked that look as well Kandi!

During “Truth or Kink!,” things got spicy in the Clubhouse when Andy wore a pair of vibrating underwear while asking The Real Housewives of Atlanta star Kandi and Karamo sexy questions. For every question they refused to answer, they get to send a jolt to Andy’s undies.

During the After Show, Karamo advised Teresa Giudice from RHONJ to just have fun on Dancing with the Stars. Plus, Kandi said she thought Tyrone Gilliams and Shereé Whitfield had made up when he came to her fashion show and didn’t know until after that she was over him. I don’t know about that either but oh well! I don’t think that the new guy is anything better, he seems like an opportunist but we shall see, more pics inside and video clip… 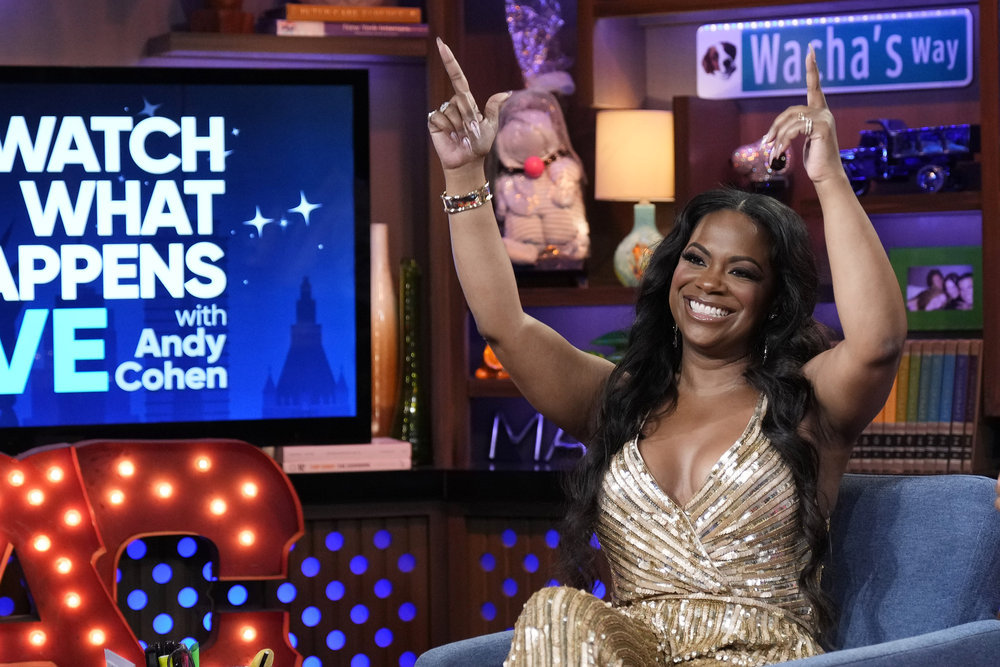 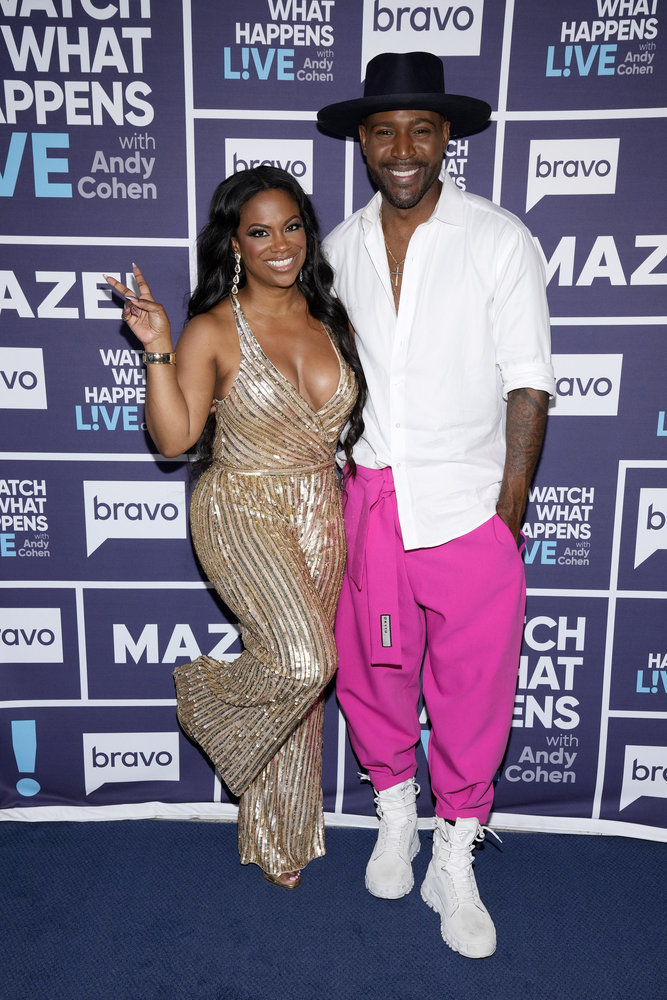 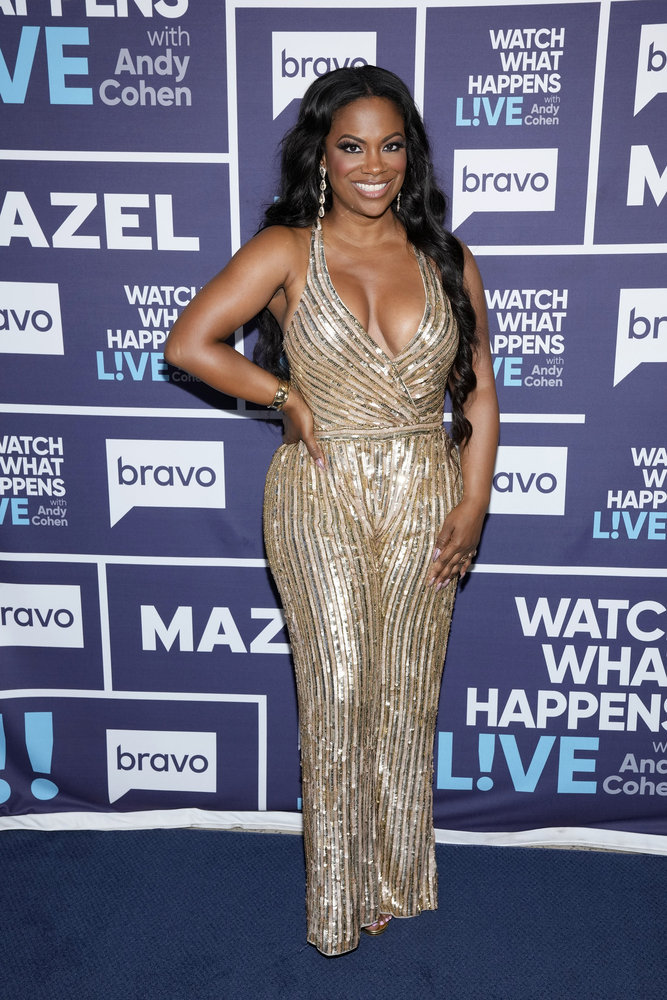 Kandi was wearing a vintage gold jumpsuit from her closet that she wore on Season 9, its by MacDuggal