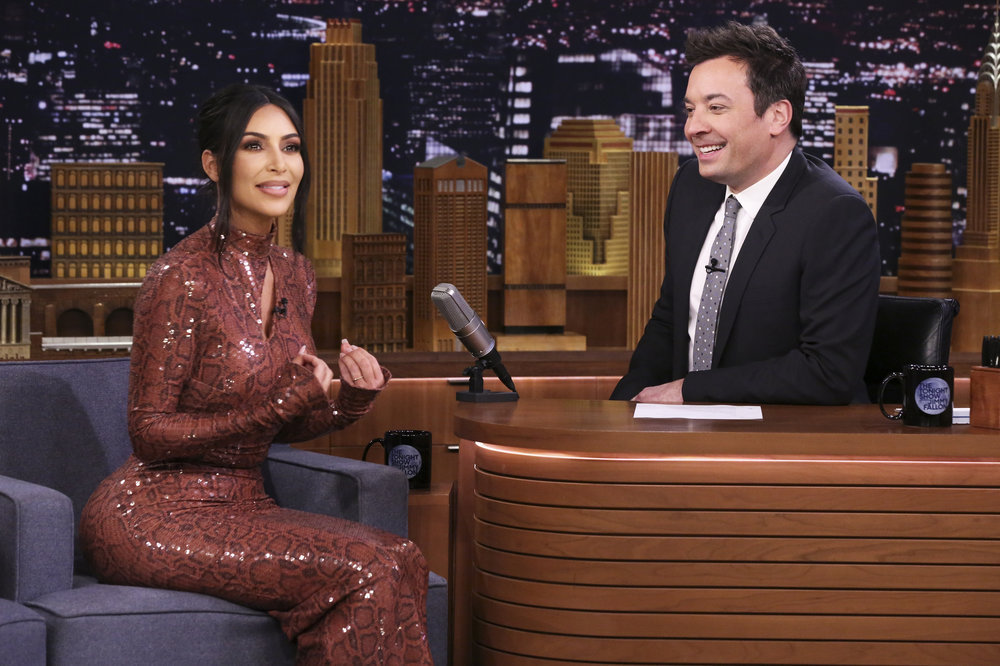 I wasn’t up late last night but Kim Kardashian West was on Jimmy Fallon talking about preparing for her fourth child, her road to becoming a criminal justice reform advocate and her attempts to erase the stigma around hiring formerly incarcerated people. I think that is such a cool thing to do! Later on the show she played a game where she stuck her hands inside boxes filled with objects that they had to identify without looking into them. Loved her total look and have deets on what she was wearing too. More pics and video clip inside… 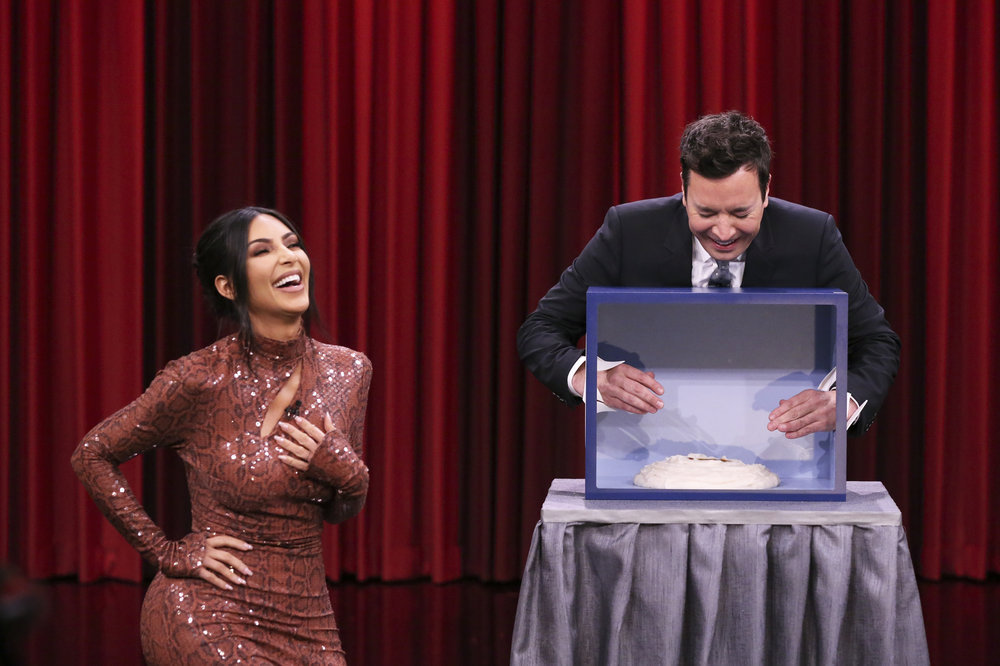 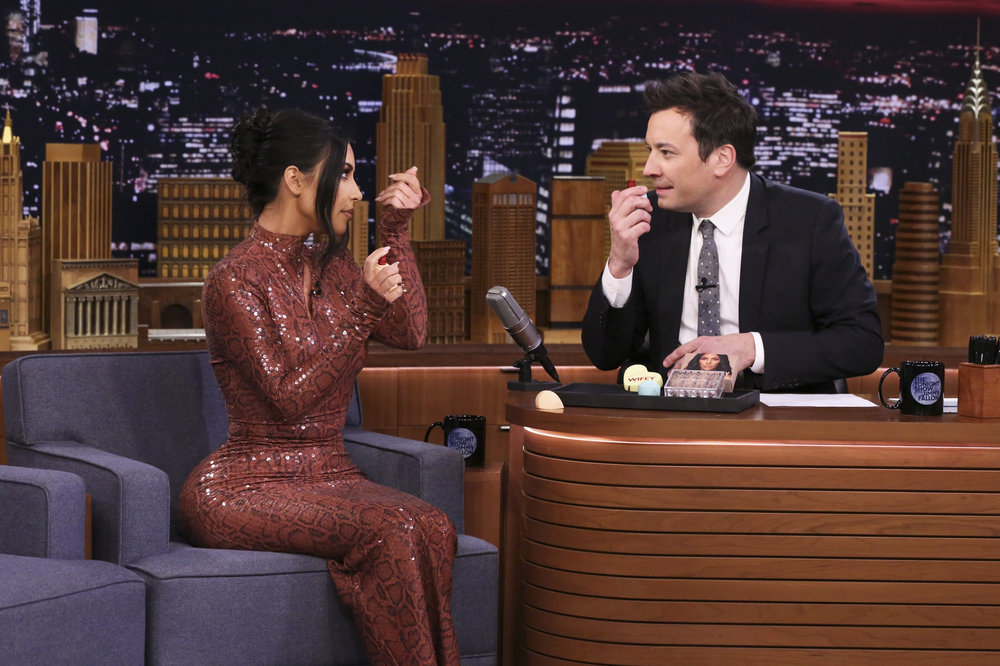 Kim was wearing a vintage Thierry Mugler dress from the SS 1983 collection.