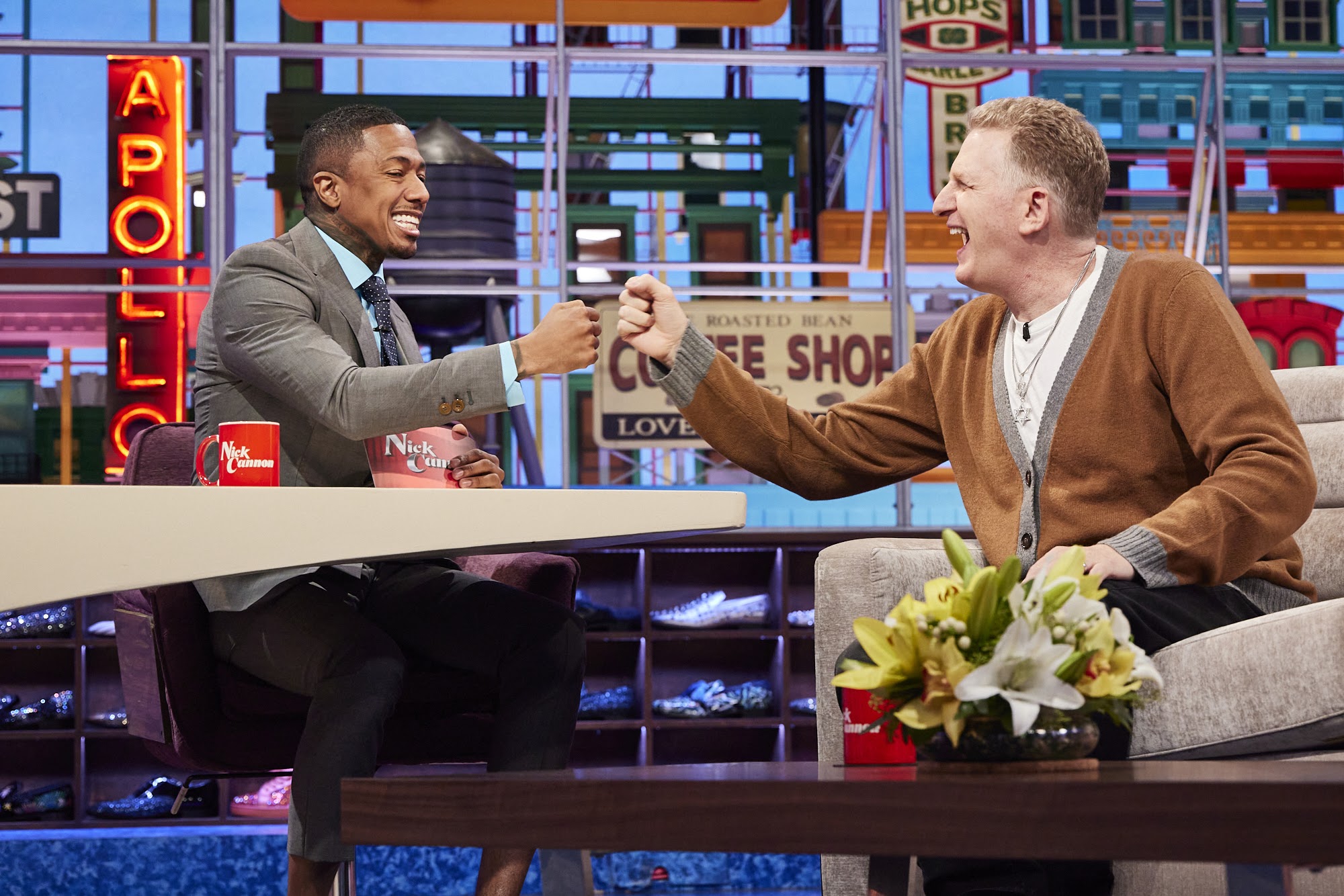 Talk show host Nick Cannon and Actor Michael Rapaport chatted on Tuesday about his love of reality tv and guest hosting the Wendy Williams Show. I have been kinda tuning in to watch him on the show and boy is messy as heck! You can get consumed by watching too much reality tv but it was entertaining when it first came out but I avoid realty tv now because it was too stressful for me lol! See what Michael had to say about it inside….

Nick Cannon: “You’re a fan of the Housewives. How did get into this?”

Michael Rapaport: “It’s from my wife. My wife used to watch it. After a day of being beaten up in fantasy football and watching football. I just sat down, and I watched and I just fell in love with it. For me it’s sports and reality TV. Those are the two things.”