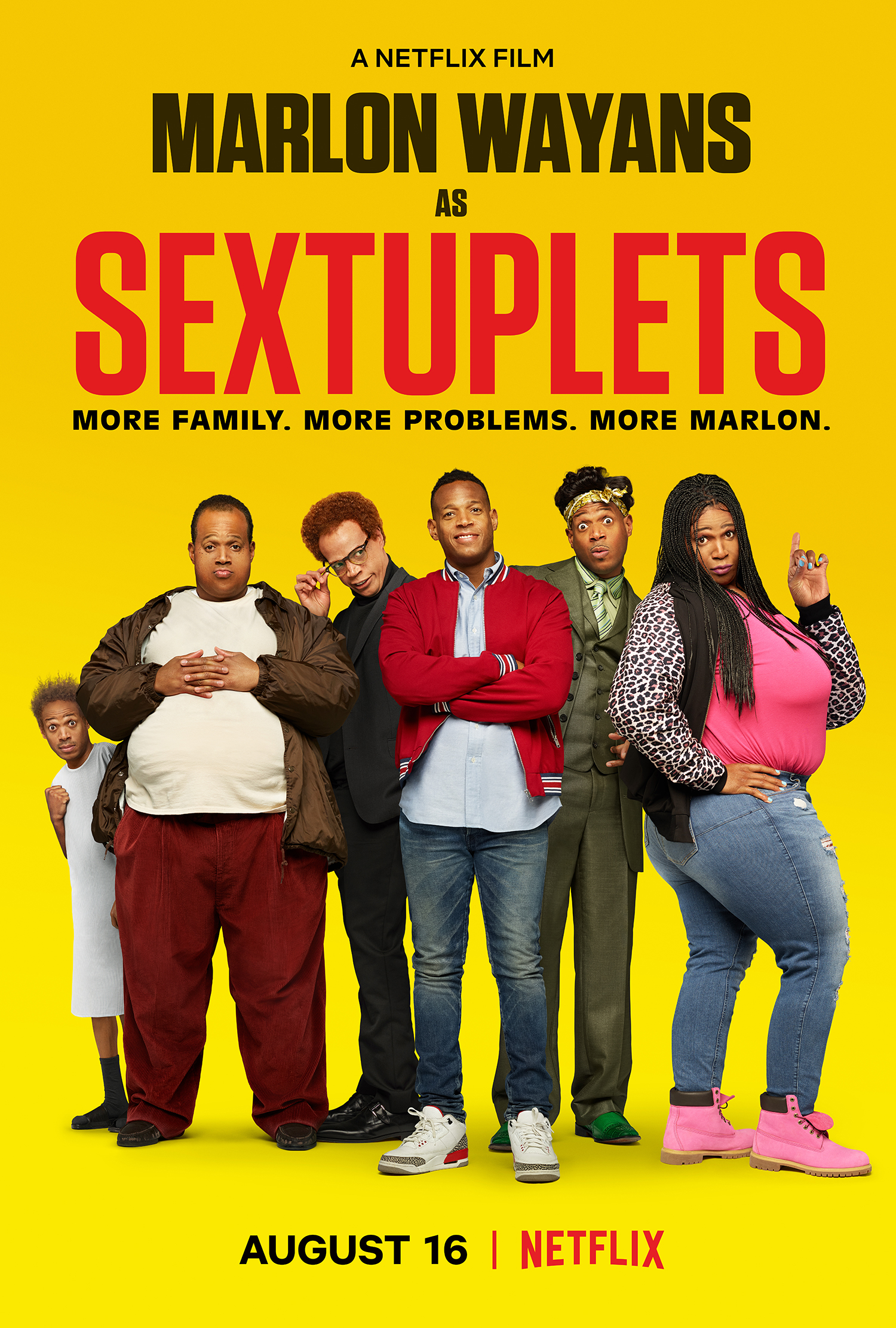 This movie looks so funny lol. Marlon Wayans stars in Sextuplets. From the people who brought you “Naked”, father-to-be Alan is shocked to learn that he was born a sextuplet. With his newfound brother Russell riding shotgun, the duo sets out on a hilarious journey to reunite with their remaining long-lost siblings (all played by Marlon Wayans). Check out the funny trailer inside and hit hits theaters on August 16th….

SEXTUPLETS — a comedy from “White Chicks” and “Naked” producers Marlon Wayans and Rick Alvarez, plus producer Nathan Reimann (“Deuce Bigalow: European Gigolo”) and director Michael Tiddes (“A Haunted House,” “Naked”) — tells the story of Alan, an expectant father who grew up believing he was an only child. While searching for his birth mother, Alan comes face-to-face with a brother he never knew existed, Russell, who helps him uncover their secret status as sextuplets (all played by Wayans). Soon they begin a spontaneous road trip to track down their additional siblings, but not before Alan wonders whether exploring his roots was a huge mistake.