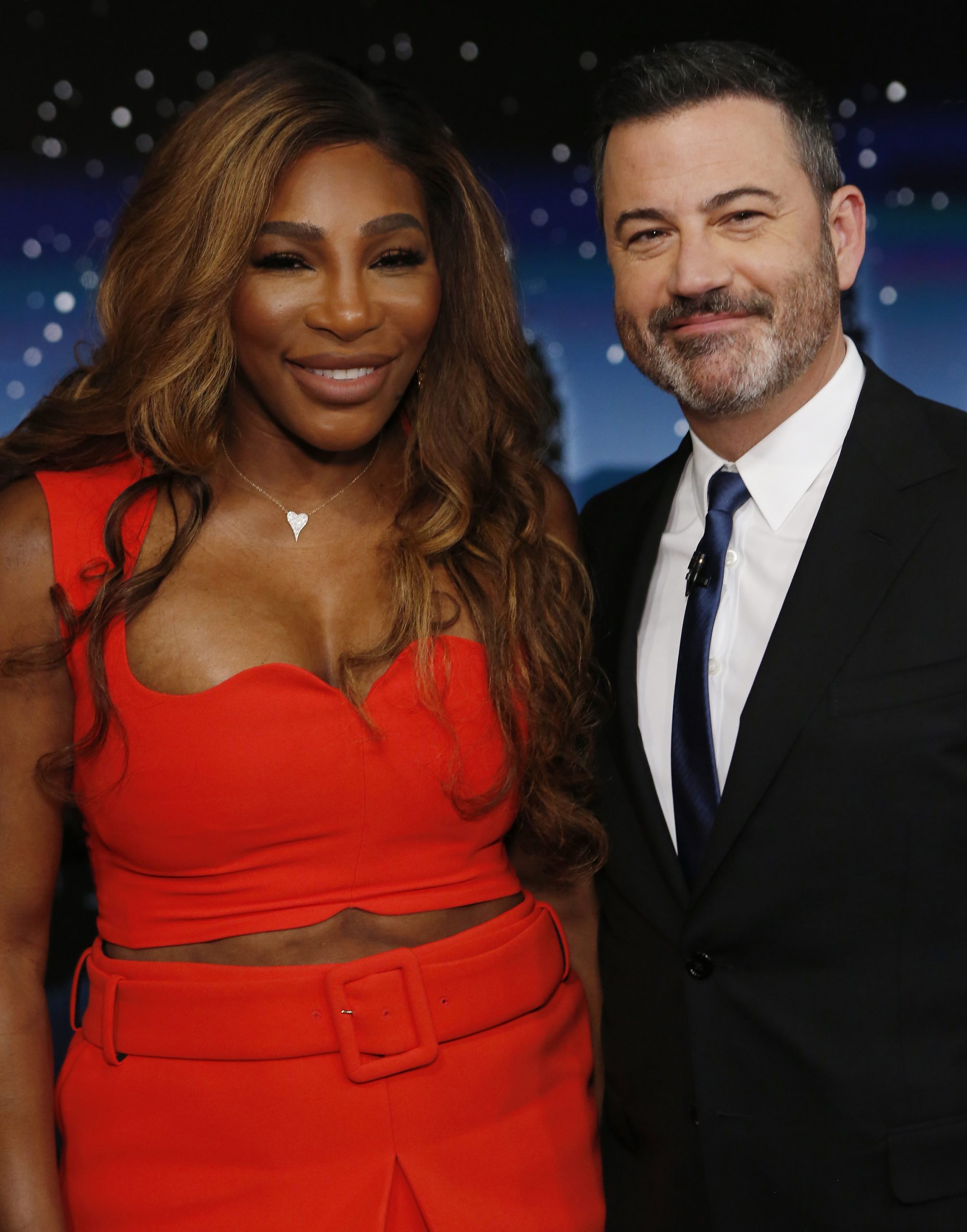 In Case You Missed It, Business Mogul and Fashion Designer Serena Williams was on Jimmy Kimmel Live a few days ago. She talked about her hamstring injury, playing on grass, getting ready for the Australian Open, playing tennis with her daughter Olympia, watching her childhood play out in the new movie, King Richard, Will Smith playing her dad, sneaking into her first tennis tournament, the moment her dad told her she would be the BEST EVER, how much her mom coached her, the young girls who played Venus and Serena as kids learning how to play tennis for the film, and Beyoncé agreeing to do an original song for the film. That was a lot but I have the video clip inside and deets on her red look for the show, have a great day! 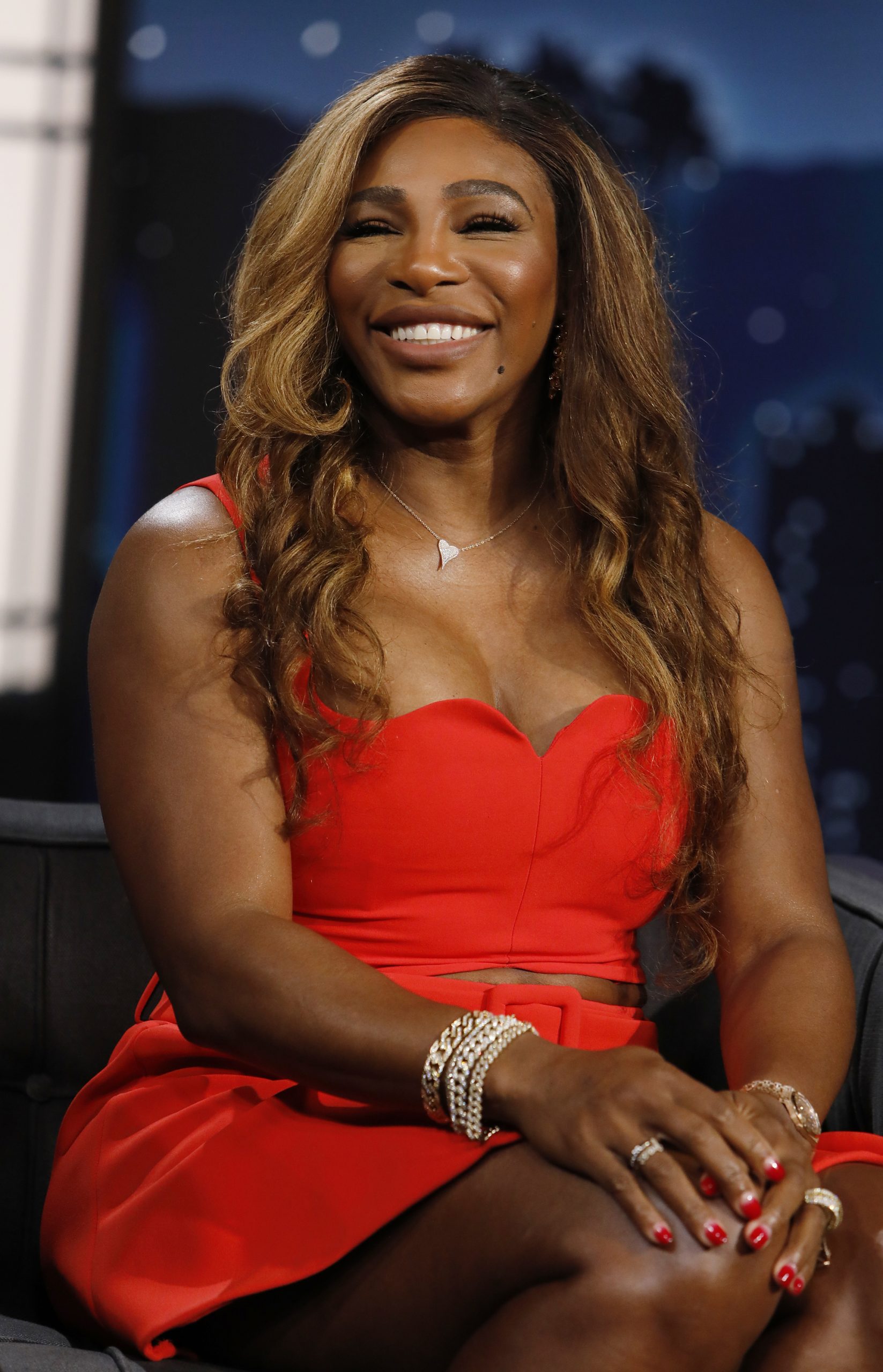 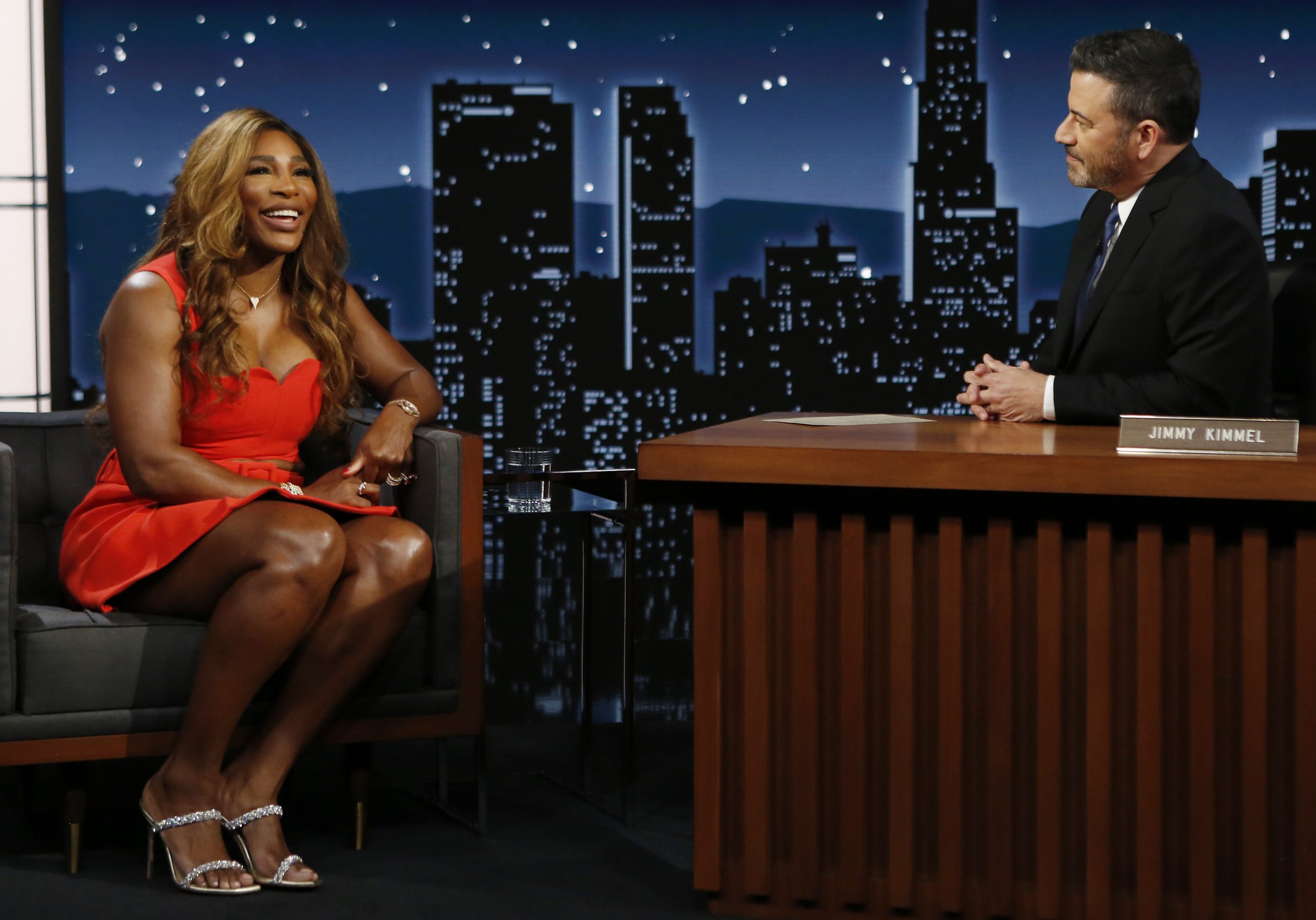 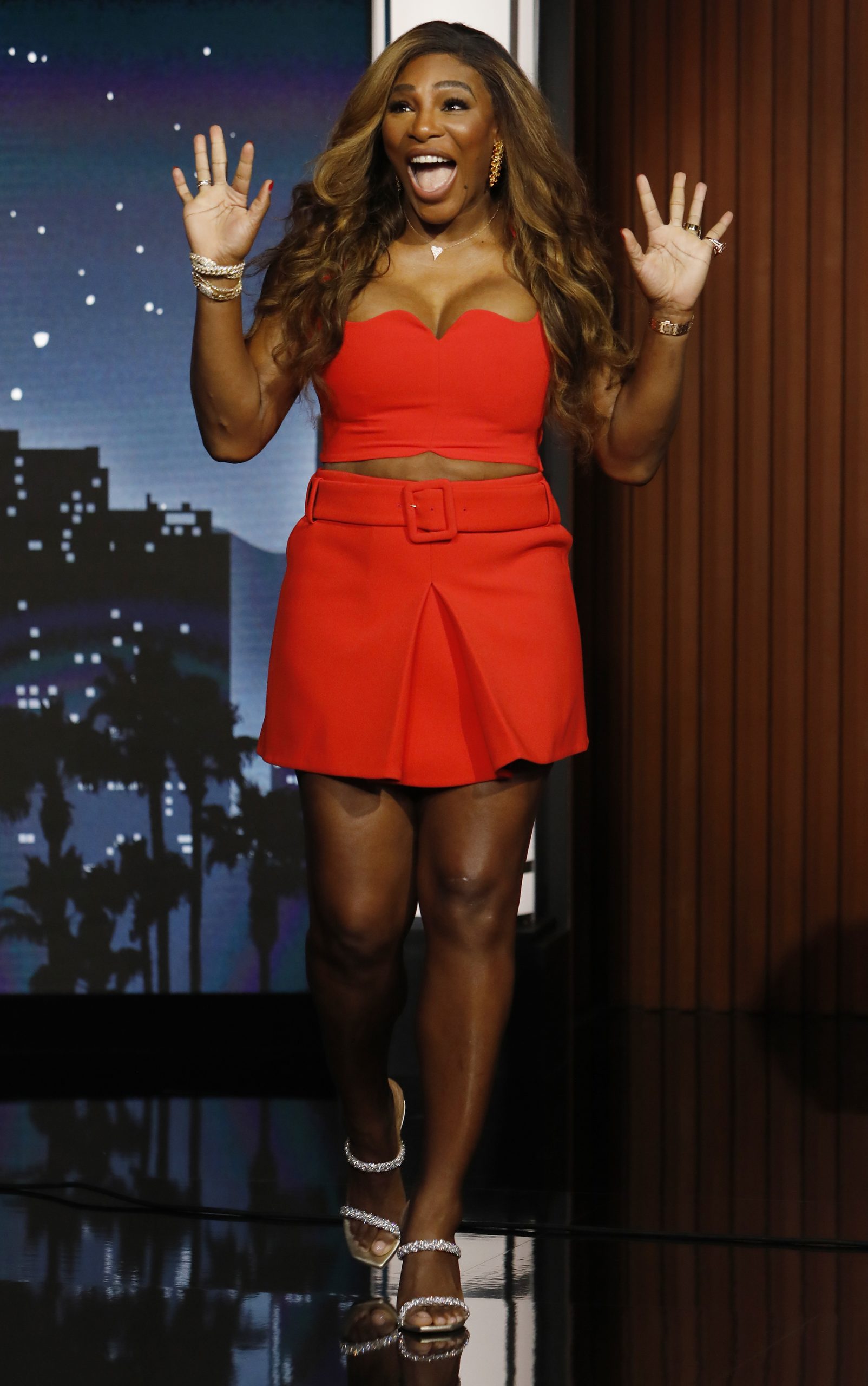 Serena was wearing Versace for the show!