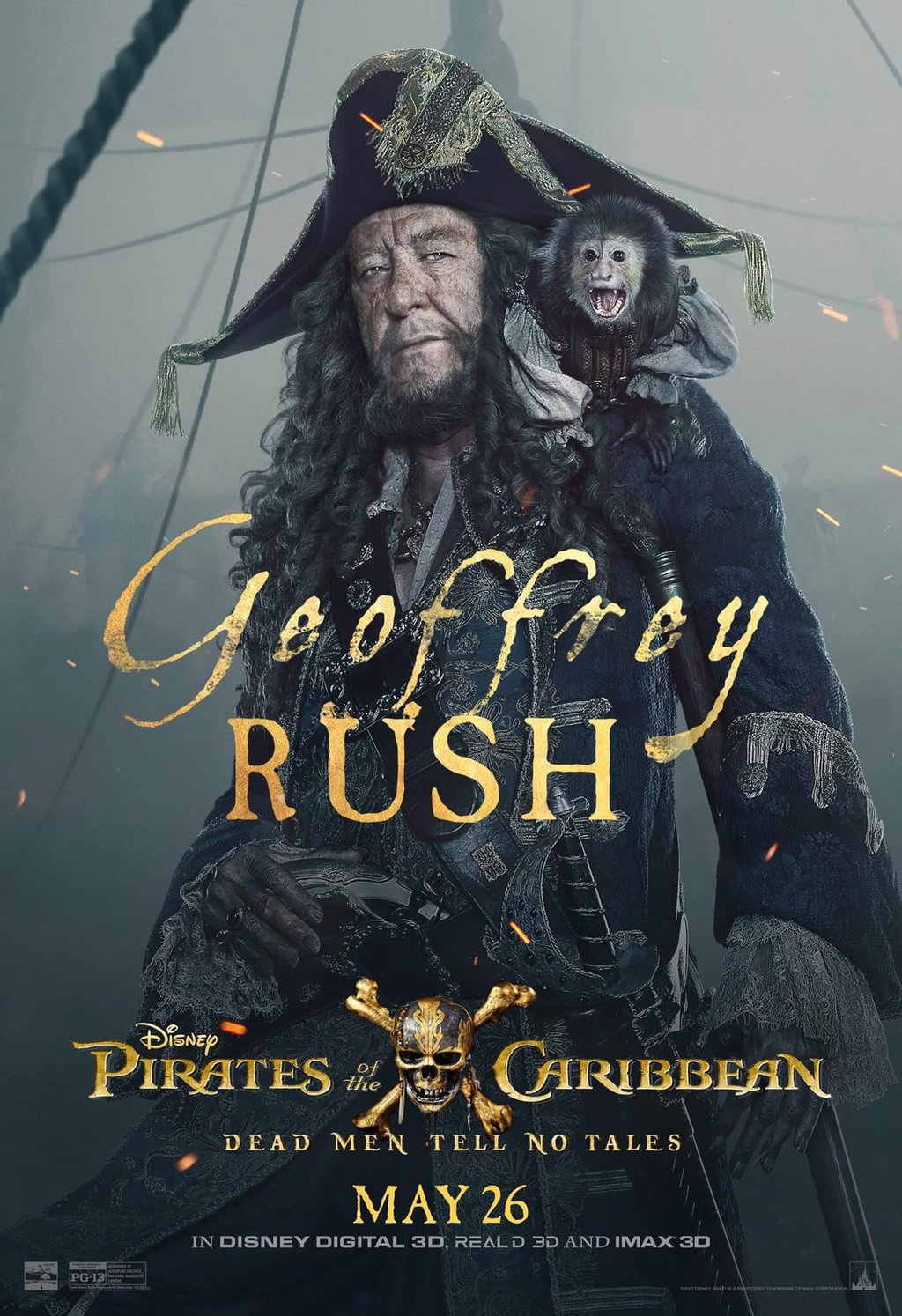 What a great time I had listening to Actor Geoffrey Rush talk about his role in the upcoming film Pirates of the Caribbean Dead Men Tell No Tales. I thought he did a brilliant job in the movie and I also felt like he was the best-dressed in the film! I loved the intricate detail they put into his character and he definitely brought his character Hector Barbossa to life! Check out what Rush had to say about working with Johnny Depp, the monkey named “Pablo” and walking on a peg leg inside… 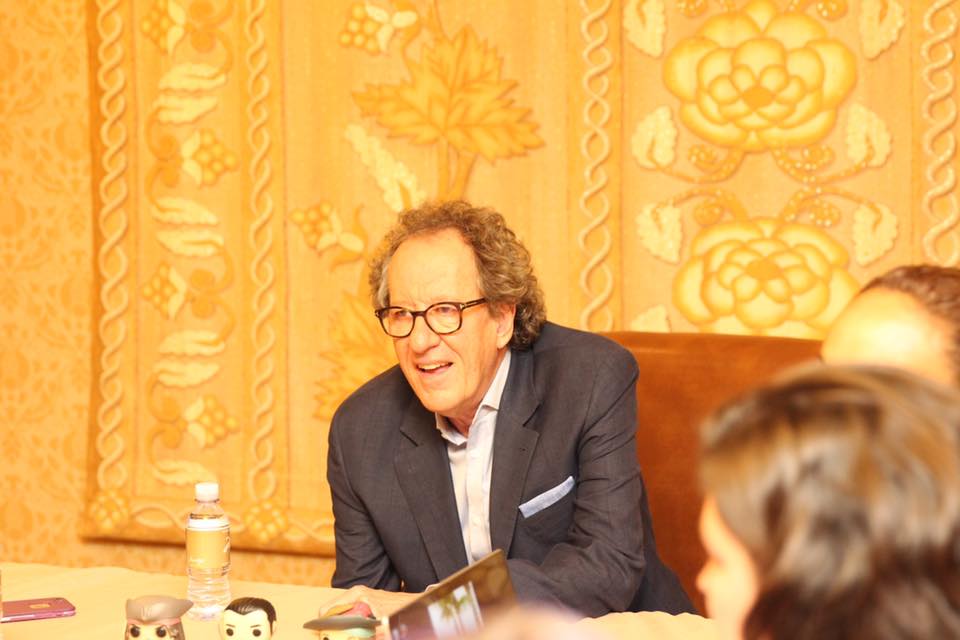 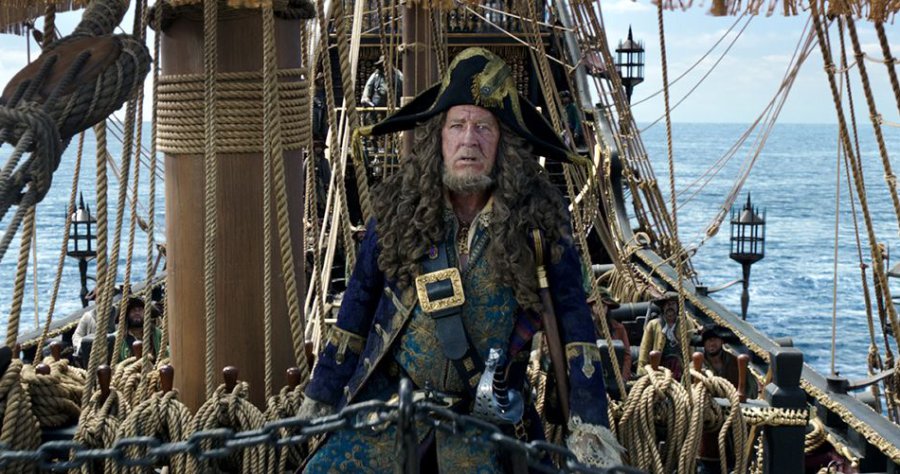 The peg leg. Did you actually have to walk with it, or how did all that work?

Geoffrey. Back in the days when Robert Newton played Long John Silver he did with the leg strapped up, which would’ve been painful. “I went down that path and talked to a prosthetician who specializes with amputees.” But it takes these people maybe 12 to 18 months to really get all their musculature and their core muscles to kind of realign. “And when I had it strapped up, I couldn’t stand up. I said you know what? I’ll act the leg.” He ended up wearing a blue screen stocking and made the heal the “point” of the peg.

What was it like working with a monkey during filming?

Geoffrey: There have actually been 3 different monkeys over the life of the film. The monkey in the first film was named Tara. But her trainer wanted too much money to be in the other films. The other monkeys I worked with were Chiquita and Pablo. Pablo was the stunt monkey and Chiquita was so small she could fit under my hat.

The monkeys are trained to have no relationship at all with me so that it did not become too loyal, friendly or distracted from it’s job. They are very highly strung and are completely in the hands of the trainer. A little squirt gun was used on the monkey’s vest if they became distracted and several times I accidentally got shot in the face with it.

When the monkey was doing a good job he would get little peanuts to eat while he was sitting on my shoulder and every scene I did, I could smell the peanut breath on him. I hadn’t seen Pablo in 5 years and he recognized me right away when he saw me again. He even gave me a precious painting with a little paw print signed by Pablo.

Working with Johnny Depp, how was that?

Geoffrey: The scripts back and forth with Johnny Depp were pretty good. We’ve decided th black pearl is our mutual girlfriend and we both want her. I’d love to be a ghost though and annoy Jack Sparrow from the other side, that would be fun. 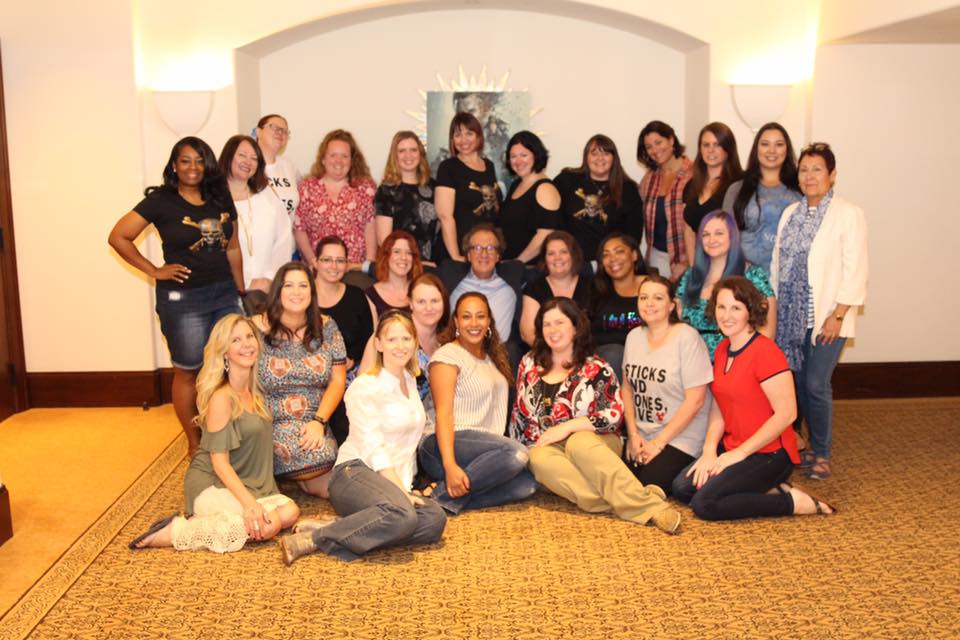 PIRATES OF THE CARIBBEAN DEAD MEN TELL NO TALES HITS THEATERS MAY 26th.