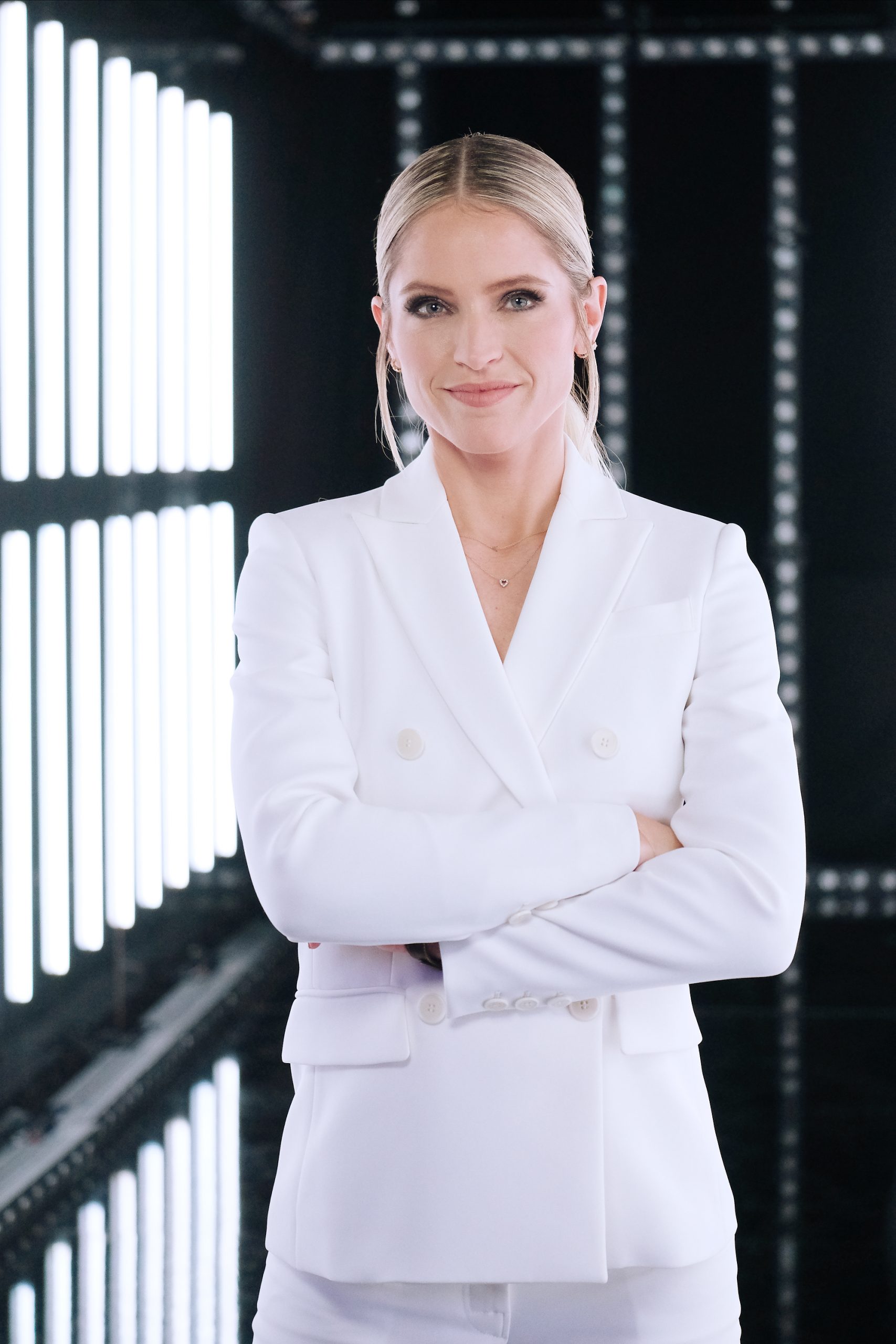 I was invited to an intimate, virtual conversation (via Zoom) about ABC’s new quiz show, “The Chase.” Sara hosts the exciting, new heart-racing show where three competitors must pit their wits and face off against the Chaser, a ruthless quiz genius determined to stop them from winning cash prizes. “The Chase” stars “JEOPARDY! The Greatest of All Time” fan favorites James Holzhauer, Ken Jennings and Brad Rutter. Check out my interview with her inside where we talked about the show, fashion, her blooper during taping and so much more!

If you could use one word to describe each chaser, what would they be?

I would describe Ken as warm, James as well this word comes out bad, like snarky, he’s always got a line.  So I don’t know if snarky is the way I want to capture it, it’s more like, he’s like a sibling he’s like a brat. Like a sweet brat and then I would say Brad is just chill.

What is the prep like and how it differs from being on The Chase as opposed to The View?

I hope I probably should be restating these as questions, but when I’m preparing for The Chase, accuracy is important.  I know that people have money at stake, they, you know, from the chasers to the contestants.

I want to make sure I don’t mess up, that I represent the game and all the research that’s gone into it.  So I do a lot of trying to anticipate.  I read through the questions quickly before and try to catch any words that could trigger me.  I’m notorious for mispronouncing things wrong and then I just blame it on my regional Iowa accent and hope nobody notices. I do a lot of practicing, looking up pronunciations, reading.  With The View, I get to be unapologetically myself, so when I mispronounce, I just let my Twitter Verse just rip me apart.

And I just have to own it, so with The View, we’re not scripted. So anything I say is on me. If I can, I kind of take the conversation when I have the mic wherever I want. The Chase, I owe a little debt of gratitude to accuracy to make sure.  Because it matters to other people, on The View, I’m the only one that looks like an idiot, so I can just own that.

Are there any fun bloopers that you want to share?

Blooper wise, there were more just funny exchanges. Like, with the The Chaser and the contestants, there were a lot of moments I remember these puns by one guy that I don’t think has aired yet, I don’t remember. But they all happened off air and it was about cows, so it was all these bovine jokes that the The Chasers made.

Being a mom and going off to shoot, how has this affected your family dynamics?

In regard to going to shoot, that was tough, that was the longest I’ve been away from my kids and we have a four year old, a three year old and a one year old.

And I’m sure three kids for anyone is hard but the condensed age is also like just really hard stages.  So my husband and I typically divide and conquer and when one of us leaves, we’re like don’t leave me here alone like how do you do this, you know, because they’re just so much right now.  And we moved from an apartment to a house, which with more space comes more work, uh, I’ve never been so physically exhausted than the carrying up and down and around.  And it’s it’s a lot.  So my husband was great and said, we’ll be fine, and he tried to explain to the kids.

Do you have any input on the things that you wear on the show?

Well thank you, and by the way, I’m not sitting here ala natural, this is like a lot of work on this face this morning, this isn’t how she wakes up, but so from GMA to the game show was very different, because whereas like GMA and even the View and a lot of the jobs that I’ve held were more similar.

Technically I have a say in it but I am very well aware of what I don’t know in life.  And that’s fashion. So I surround myself with very brilliant people and then I lean on their, uh, uh, opinions.  So Fran who dresses me for the View is the woman that dressed me for The Chase. Her name is Fran, okay.

She is next level and so she dressed me. My producer Julia is one of those young people that is like always on the pulse of what people are thinking.  I believe if you do hair, you know hair better than I do.  If you do makeup you know makeup better than I do, if you know you know.  So I like to be a canvas for what they’re doing but each time we put an outfit on, Julia would say, you know what would look pretty.

And she’d be pulling these celebrity images and then she’d kind of coordinate and there was a day where my favorite look. It hasn’t aired yet, I don’t think, was my two French braids.

Yes it’s fierce. So when she started doing my hair, it took me back to being fourteen years old on a basketball team, I was left to myself, I would end up in braids, sequins, tiaras, unicorns, it’s not a good look.  So when I saw the braids, I was like, Julia is this okay.

Because I thought well why is she French braiding my hair, I don’t know trends that come back.  And so Julia was like yes. And when I saw it, then I trusted it, because I trust the people around me.  So then I kind of owned it and it ended up being my favorite look. 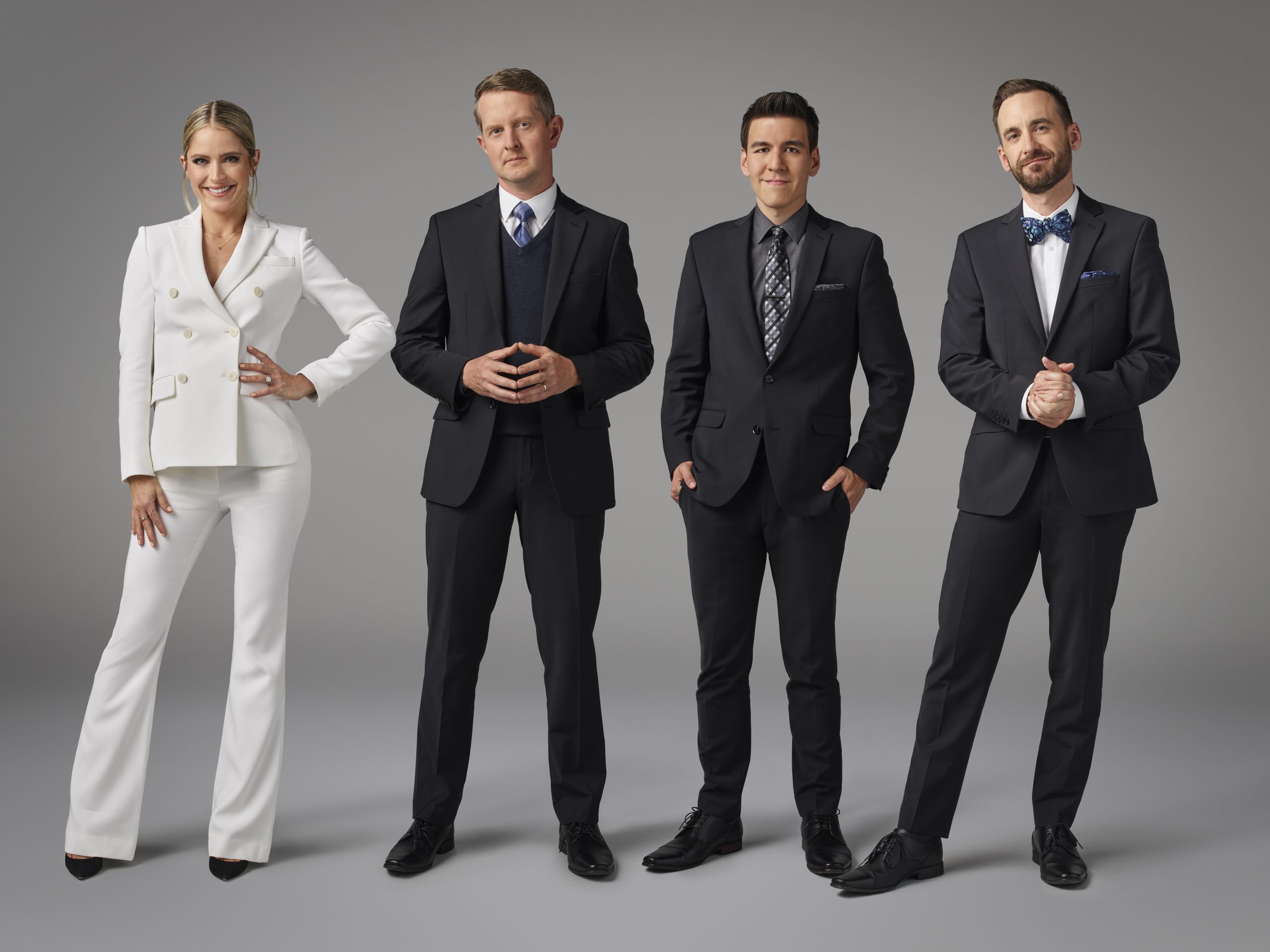 ABOUT SARA HAINES: Sara Haines is host of ABC’s newest quiz show “The Chase” and co-host of ABC’s daytime talk show, “The View,” where she returned to the panel for season 24 having been a co-host in 2016-2018 for seasons 20-21.

Most recently, Haines co-hosted ABC News’ “GMA 3: Strahan, Sara & Keke.”  Prior to her association with ABC News in 2013, Haines was part of the fourth hour of NBC’s “Today,” alongside Kathie Lee Gifford and Hoda Kotb, a position she held from 2009 to 2013. In 2008, she began online reporting as host of the program’s entertainment video blog “Backstage Pass” interviewing countless celebrity entertainers, actors and musicians.

Haines came aboard “Today” in 2002 as a production coordinator. Prior to joining NBC News, she was a member of NBC’s page program.

Haines graduated from Smith College in Northampton, Massachusetts, where she received a Bachelor of Arts in government. She is a native of Newton, Iowa. She currently resides in New Jersey with her husband, Max, and three young children, Alec, Sandra and Caleb.

ABOUT “THE CHASE”:  “The Chase” is a heart-racing quiz show where three competitors must pit their wits and face off against the Chaser, a ruthless quiz genius determined to stop them from winning cash prizes. Each hour-long episode is a fast-paced battle of brain power, where contestants are challenged to think faster than they ever thought possible to answer up to 166 questions across all topics. “Jeopardy! The Greatest of All Time”’s James Holzhauer, Ken Jennings and Brad Rutter take turns serving as the Chaser, reuniting the three titans of trivia who last faced off in January 2020. But now they’re no longer pursuing each other – they’re chasing YOU!