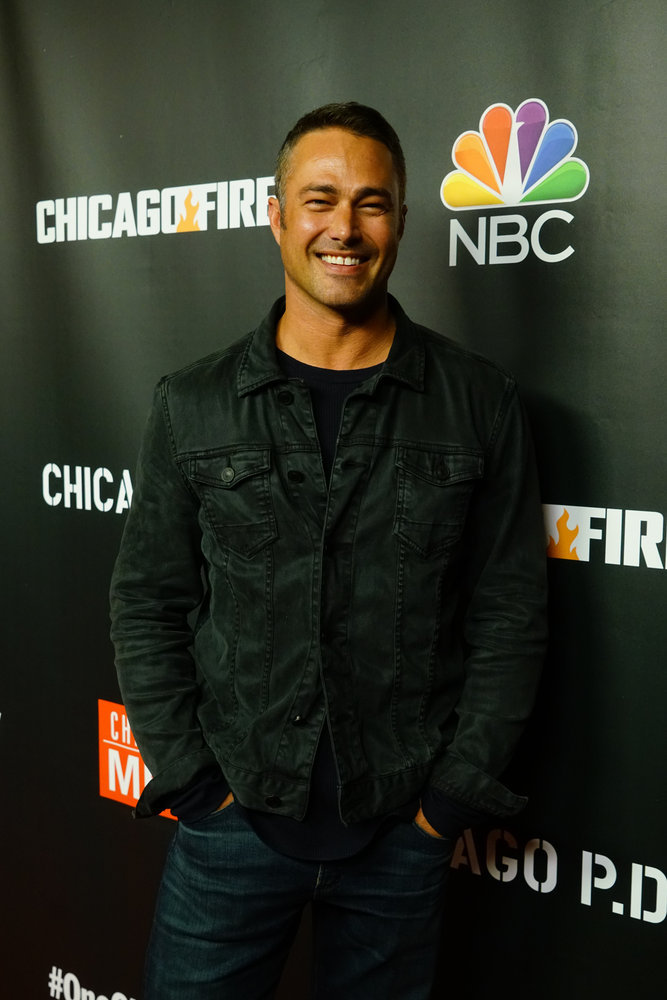 Good morning lovelies, boy do I have something special for you! I had the opportunity to land a fun interview , I mean Actor Taylor Kinney from the hit tv show on NBC called, Chicago Fire! Let me just tell yah, hell yes I was “fan girlin” out too! I tried my best to keep my composure, it was hard to do but I got through it.

Kinney plays Lieutenant Kelly Severide on the show and everyone I know LOVES him and his character. He was so cool to chat with about Season 7 and how he did a lot of his own stunts. Come on in and read all about it and don’t forget that “Chicago Fire” premieres Wednesday, September 26th at 9/8c. 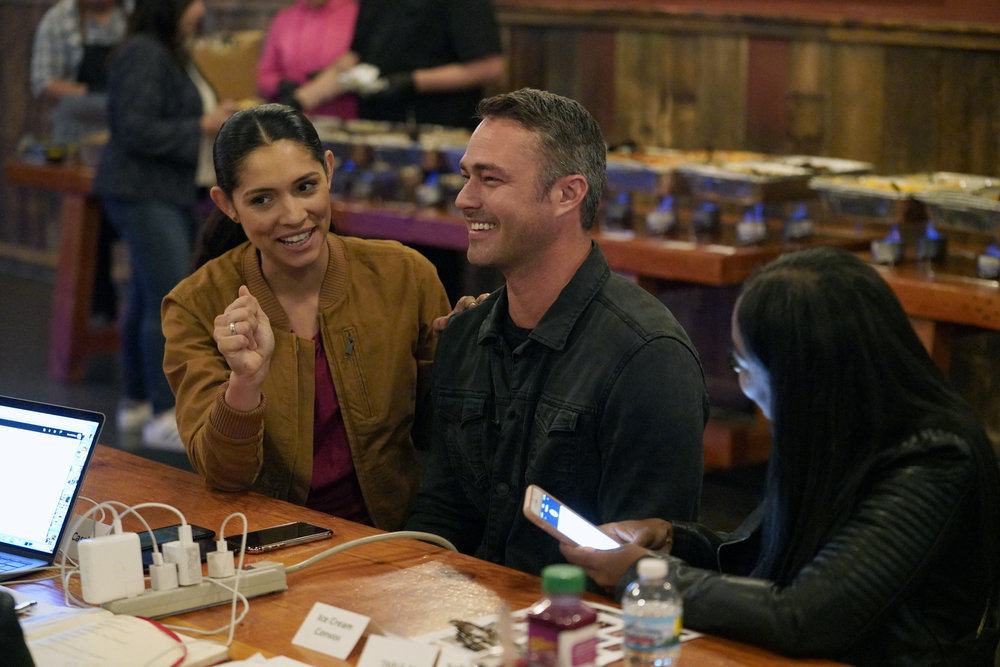 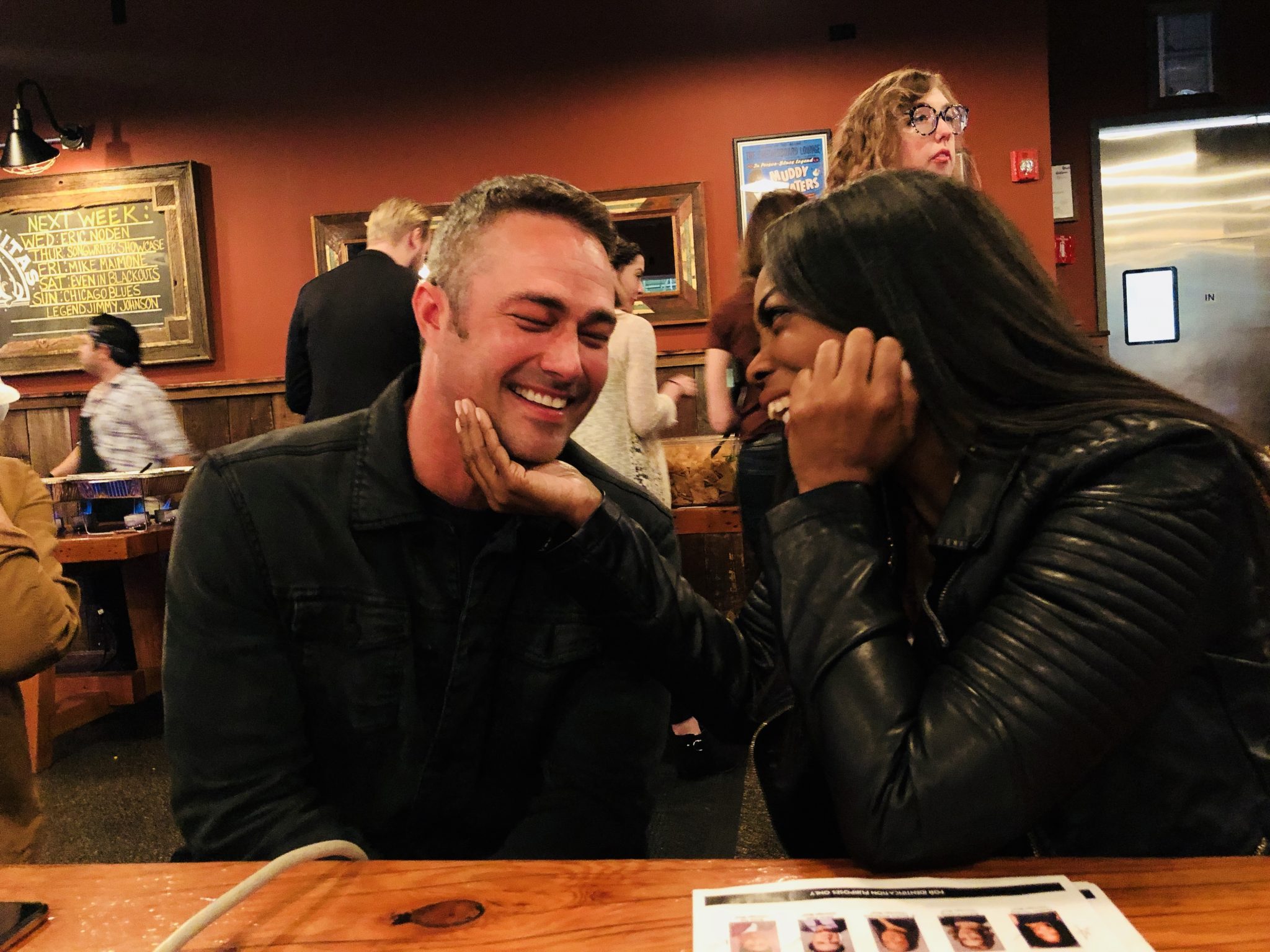 Tell us about the new season?

I really am excited, we get some big crossovers in but we haven’t done it to this extent. I think it’s  Episode 2 on October 6th when it comes out but there is this huge structure fire that takes place at a high rise apartment.

We have a good time doing the show. I remember Season 1, we were just trying to get going with Fire. Now, it’s this big conglomerate. It’s a big family now.

You did your own stunts I heard?

That was amazing, it was like 20 stories up. With the help of our special effects department stunt coordinator and special rigging. I like doing that kinda stuff, I was like a kid in a candy story.

Why didn’t you have a stunt double?

I like doing it but I will do as much as NBC let’s me. Until “Captain Insurance” won’t let me lol. One editor thought the stunt was green screened or on stage but no I was really out there and it was a great shot of the city. It has a great movie feel to it.

Are you afraid of heights?

No I am not. I used to work in roofing before becoming an actor, so it didn’t bother me. I always enjoy it. 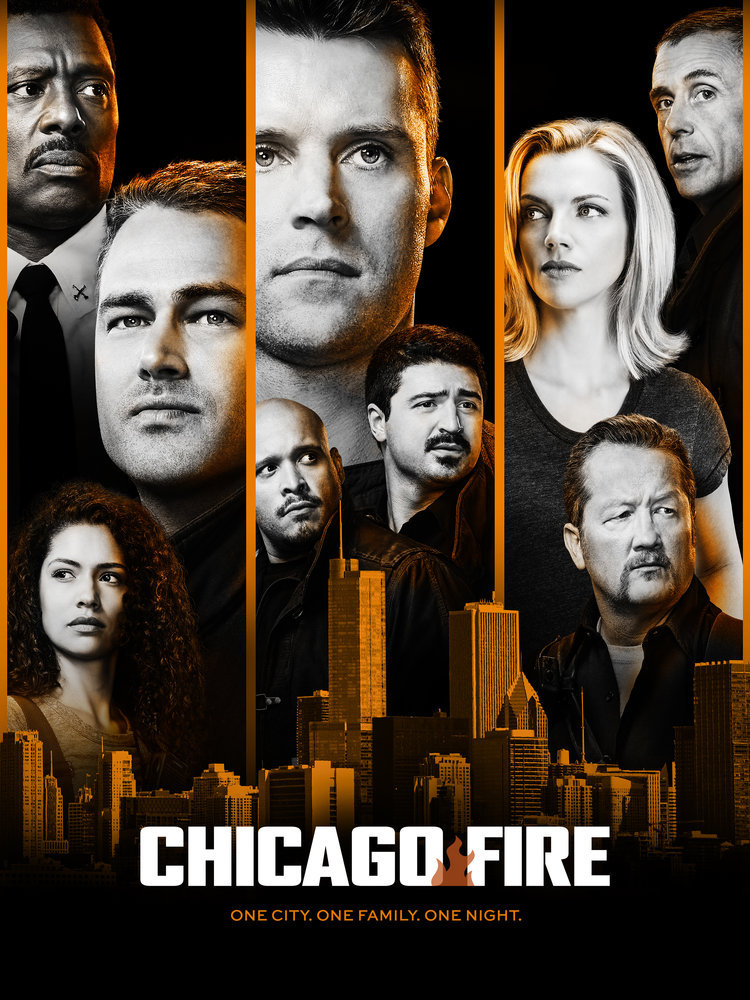 From renowned Emmy Award-winning executive producer Dick Wolf (“Law & Order” brand) and co-creator Derek Haas, the writer behind “3:10 to Yuma,” comes season six of the high-octane drama “Chicago Fire,” an edge-of-your-seat view into the lives of everyday heroes committed to one of America’s noblest professions. The firefighters, rescue squad, and paramedics of Chicago Firehouse 51 risk their lives week in and week out to save and protect the citizens of their incredible city.

This is an extended family and everyone inside Firehouse 51 knows no other way than to lay it all on the line for each other. Lt. Matthew Casey (Jesse Spencer) leads the Truck Company and brash Lt. Kelly Severide (Taylor Kinney) runs the Rescue Squad.