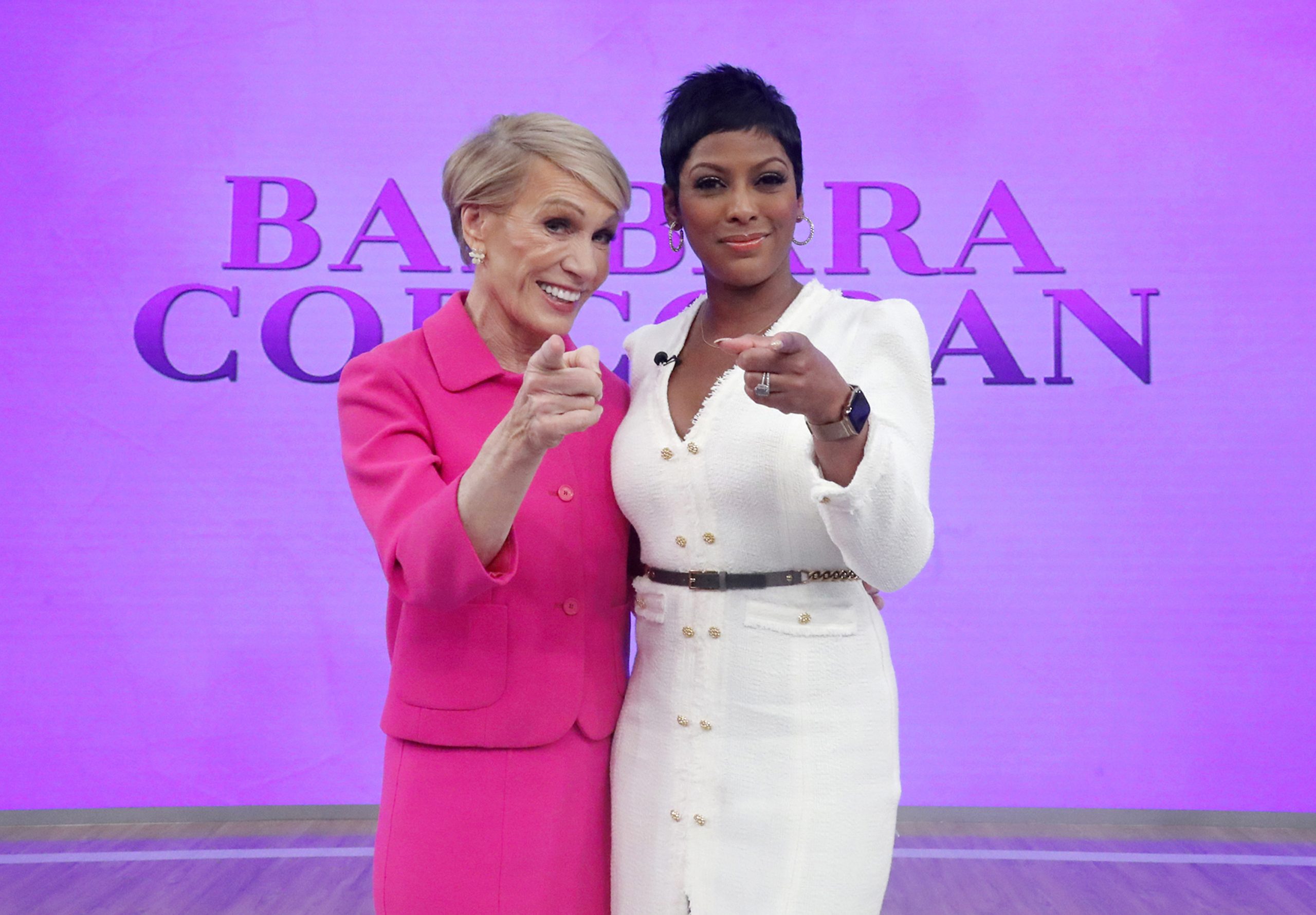 On Wednesday, February 26th, Tamron Hall sat down with real estate business mogul and “Shark Tank” investor Barbara Corcoran who shared her secrets to business success and how she turned a thousand dollar loan from an ex-boyfriend into a multi-million dollar business sharing, “I was a waitress and I met him at my counter and he became my first boyfriend when I was 23. He gave me the $1,000 dollars to start a brokerage business two years later and we worked together for seven years…If the truth be known I wasn’t even thinking about starting a business. I had 22 jobs since the time I was 11, I thought one was just like the next, I was fired from many of them and I just moved on and when he said you have a great personality, you’d be great at real estate sales, I said ‘why not?’ I’ve tried everything else and off I went and he loaned me the one thousand dollars.” 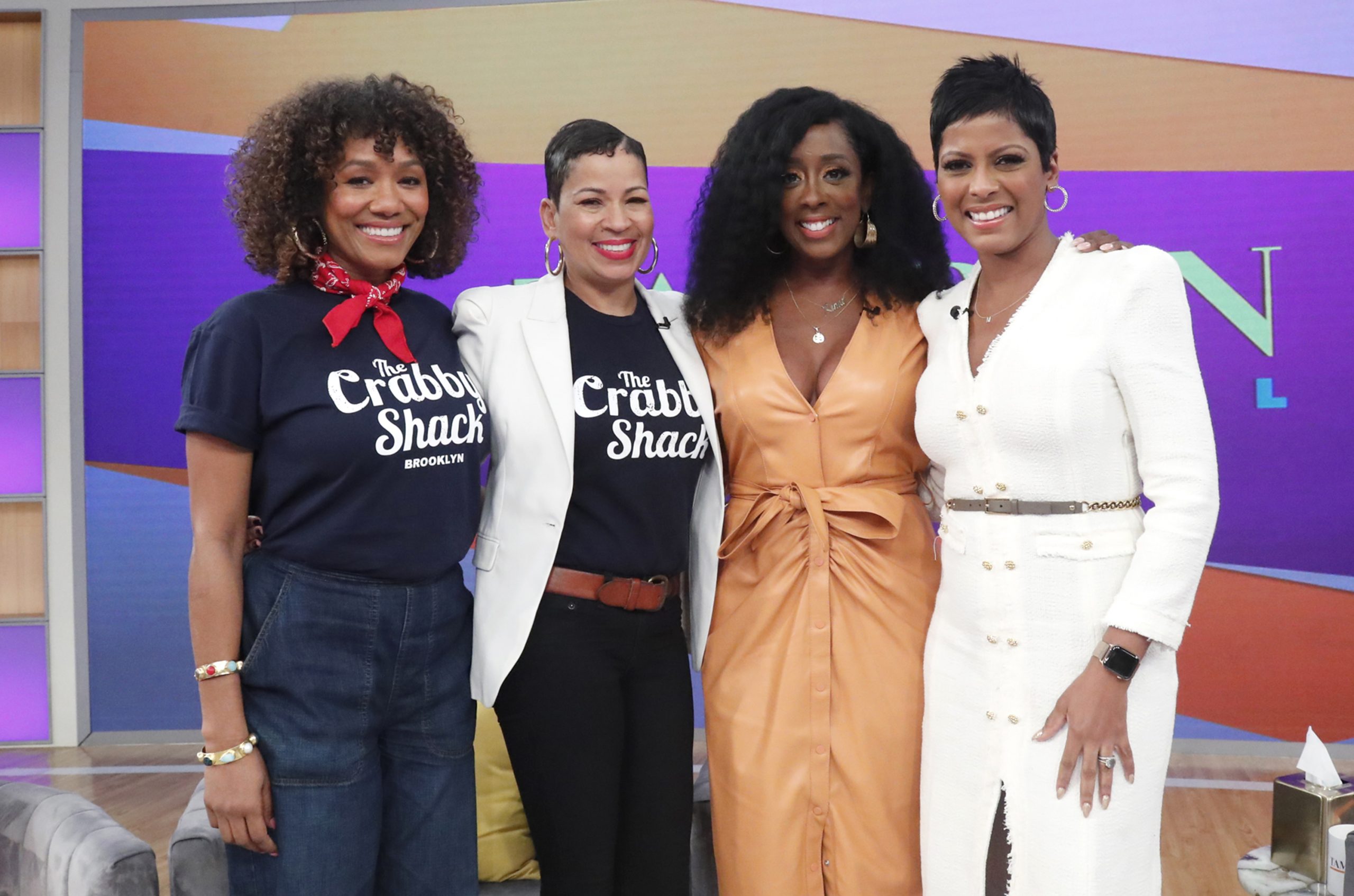 On her secret to business success Barbara shared, “One basic thing that underlies everything is that you work twice as hard as the next person. Double work what everybody else does gets you very far. Even with everything that I do today, I grossly over prepare for it because I’m afraid of failing again.”

Barbara also opened up about how she decides which entrepreneurs to invest in saying, “Whenever you have a kid with a learning disability, the one thing they learn is empathy. I can walk in anyone’s shoes immediately and see what they feel, that’s my gift now. On ‘Shark Tank,’ I’m always looking for a junior me, somebody that has nowhere else to go, someone who hasn’t been given a lucky break, someone who’s poured everything into their heart and soul and wallet, into the business and the need to make it. I see that person and I don’t care what the business is, I’m betting on them. Every time I bet on the person I make money and when I bet on the business I lose the money and I’ve worked hard for my money, so I don’t like losing money.”

Later on, Tamron sat down with two mothers intent on setting their daughters up for success, including Dedra Phillips, who gifted her daughter Nia Phillips her own beauty business called Ni’Abri Beauty for her Sweet 16, and Marissa Fisher whose mom, Marla Thrower, set her up with a McDonald’s franchise partnership at the age of 27. Keeping with the spirit of supporting female entrepreneurs, Tamron surprised Nia with a $25,000 donation courtesy of McDonald’s Black and Positively Golden movement, which is designed to uplift communities and inspire excellence through education, empowerment and entrepreneurship.

Also on today’s show, Tamron sat down with business women who are paving the way for black female entrepreneurs including founders and co-owners of The Crabby ShackFifi Bell-Clanton (Philadelphia, PA)  and Gwen Woods (Chesapeake Bay) and filmmaker and executive producer of the Netflix Documentary “She Did That” Renae Bluitt.