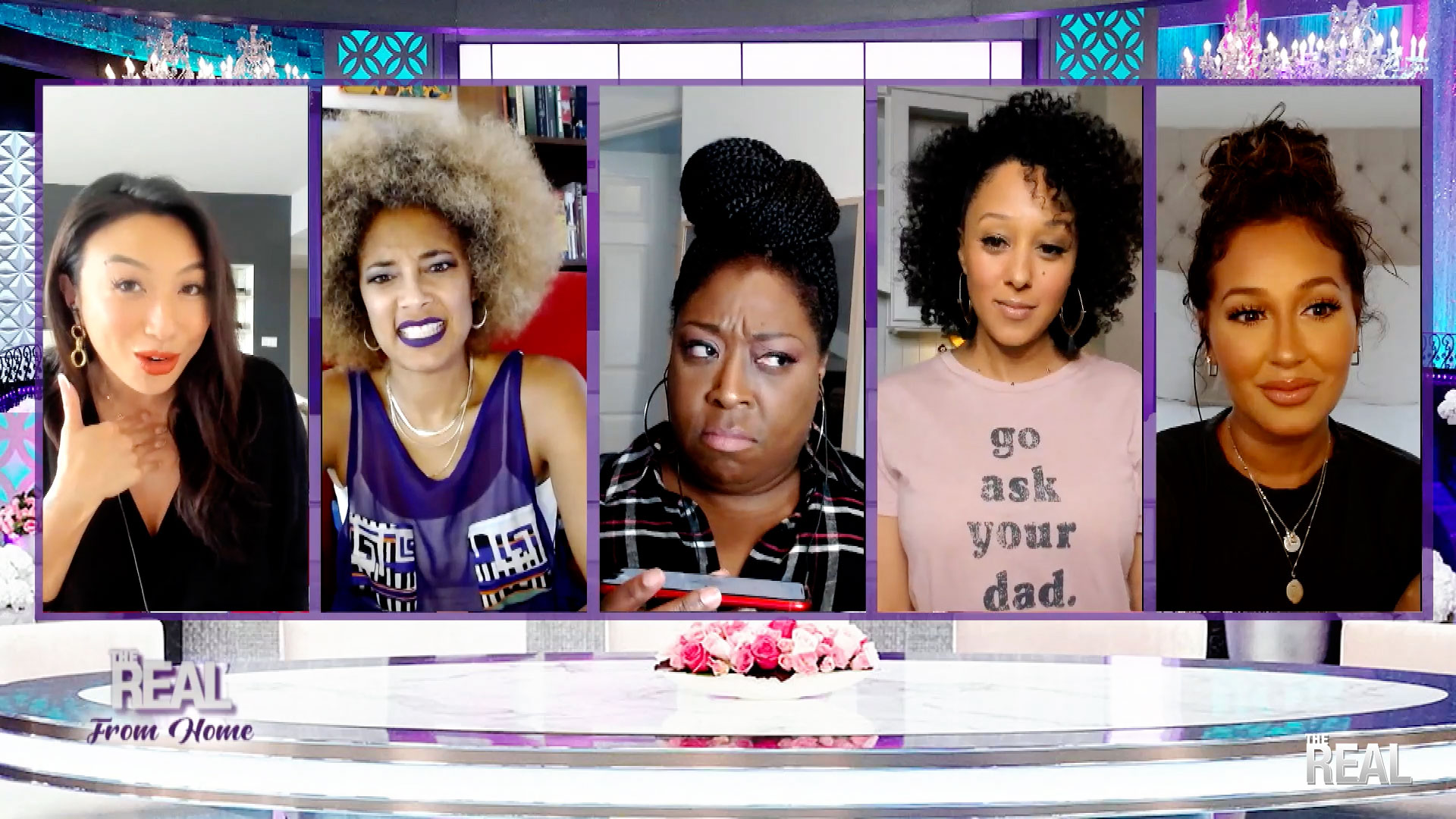 On Monday, May 18, on The Real From Home, each co-host brings Girl Chat from her home, during the current pandemic.

The hosts discuss how they feel about exchanging lists of sexual partners with their respective significant others. Co-host Adrienne Houghton admits that she and her husband Israel have complete transparency in their relationship about this topic while co-host Tamera Mowry-Housley thinks what’s in the past should remain in the past. Co-host Jeannie Mai adds that she really doesn’t want to know the details of her fiancé Jeezy’s previous partners, just about whether they are within their circle of friends.

Also, is it acceptable for white people to use darker skinned emojis? Co-host Amanda Seales weighs in whether she thinks using a different shade emoji than one’s own color is representation, appropriation or compassion for other races. Check out a video clip inside…. 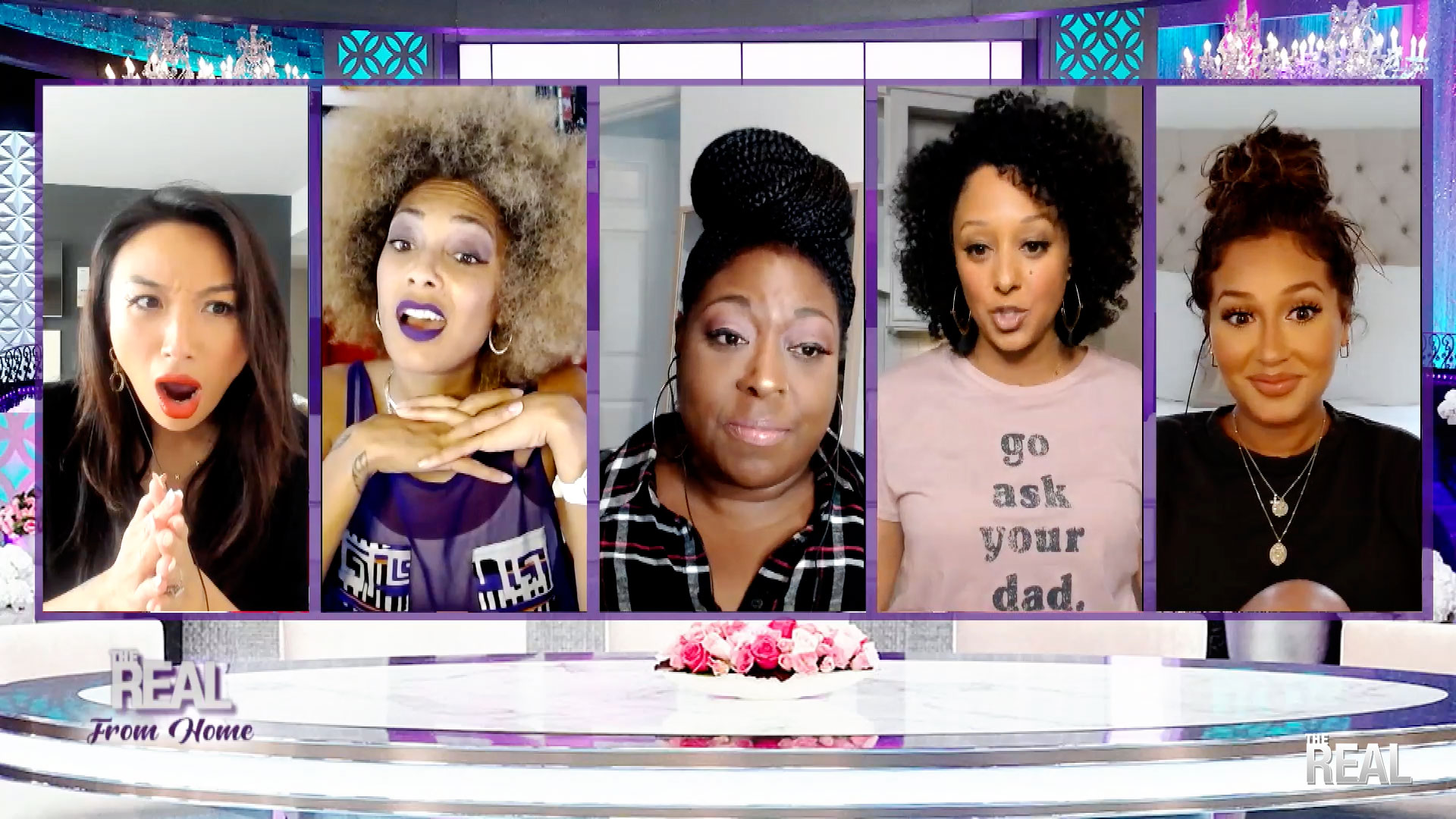 The Ladies’ Opinions On Sharing Their Sexual Pasts With Their Significant Others.

Loni Love: How do you ladies feel about exchanging lists of people that you’ve slept with with your significant other?

Adrienne Houghton: I 100% agree with this. I personally think that this is very respectful. I’ve actually done it in my current marriage and I have done it in previous relationships. I just think that open communication and honesty helps to build trust. And, ultimately, I just think you wouldn’t want them to find out from someone else. So, it’s better to just be honest. And this way there’s no woman thinking also that she has one over on you. You know, like you go to a party and she’s laughing in the corner like, “Aha! I slept with your man!” Instead you’re like, “Aha! I know all about you, Boo!”

Tamera: Only because I know me. I know I’ll be all up in it again. And I don’t wanna be all up in it. I wanna be focusing on other things. Adam and I are in it to win it right now. And so, that’s all I wanna focus on.

Jeannie Mai: For sure, Jay and I talk about that because we have similar circles of friends. And you never want somebody to be up in a room where they just– they don’t know when somebody else has something up on them. So, I’m with you on that, Ade. But then I’m also at a place in my relationship now where I really don’t care to know the details. I only need to know about the chicken heads that are around me. Then after that, whatever it is that he went through to get him where he is now– to make me love him the way he is now, is good enough for me.