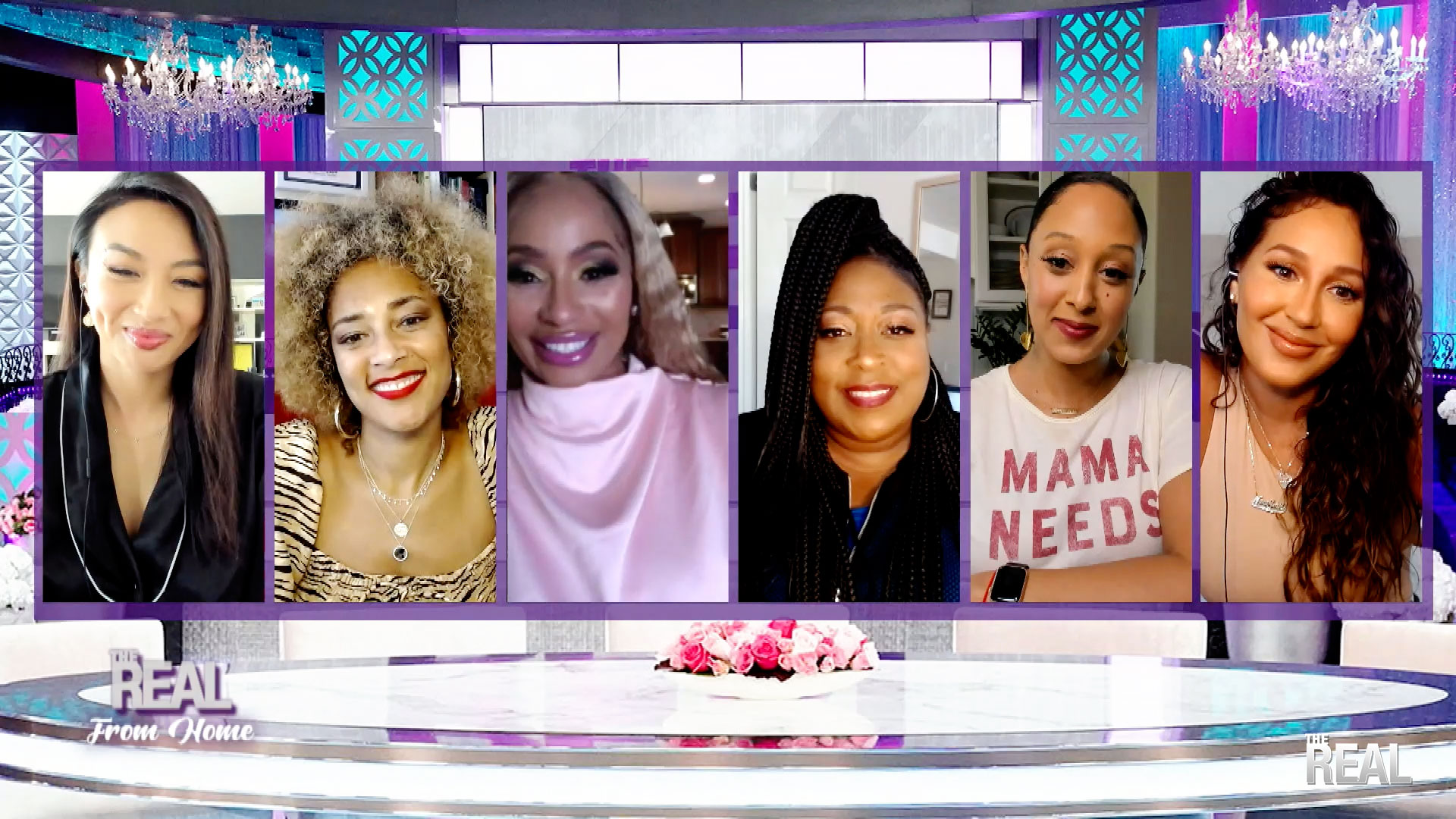 On Monday, May 4, on The Real From Home, each co-host brings Girl Chat from her home, during the current pandemic.

The ladies discuss when, as attendees and as performers, when they’ll feel comfortable at events again? Co-host Loni Love points out the economic impact on the cities where festivals have been cancelled, but remind everyone that it’s important to be safe until the curve is flattened. Co-host Amanda Seales admits she wouldn’t want to put a comedy audience in danger, while co-hosts Tamera Mowry-Housley and Adrienne Houghton mourn their missed trip to see Celine Dion in concert!

The hosts also talk about a recent incident where a mother was confronted and eventually arrested for refusing to leave a closed playground. Did she receive a certain amount of privilege because she was white?

Also, which of the ladies is better at grocery shopping? Adrienne admits it’s not her favorite thing to do, but does that make her more skilled?

And Karlie Redd pops in from home to discuss Love and Hip Hop: Atlanta, and why she’s keeping her stores closed but continuing to help out her employees.

Later, The Real talks to Qiana Mayne and her mom, Lorna Graham from Teaneck, NJ. Lorna was laid off from her job due to the COVID-19 pandemic. Qiana is a college senior at Montclair State who won’t have a graduation, and they have family members with the virus. It also looks like they won’t to be able to make rent this month. Despite all this, they have been giving back by making hundreds of masks for family and friends. In a moment you won’t soon forget, The Real reaches out to help Qiana and Lorna with $5000 to make things a little easier during this very difficult time. 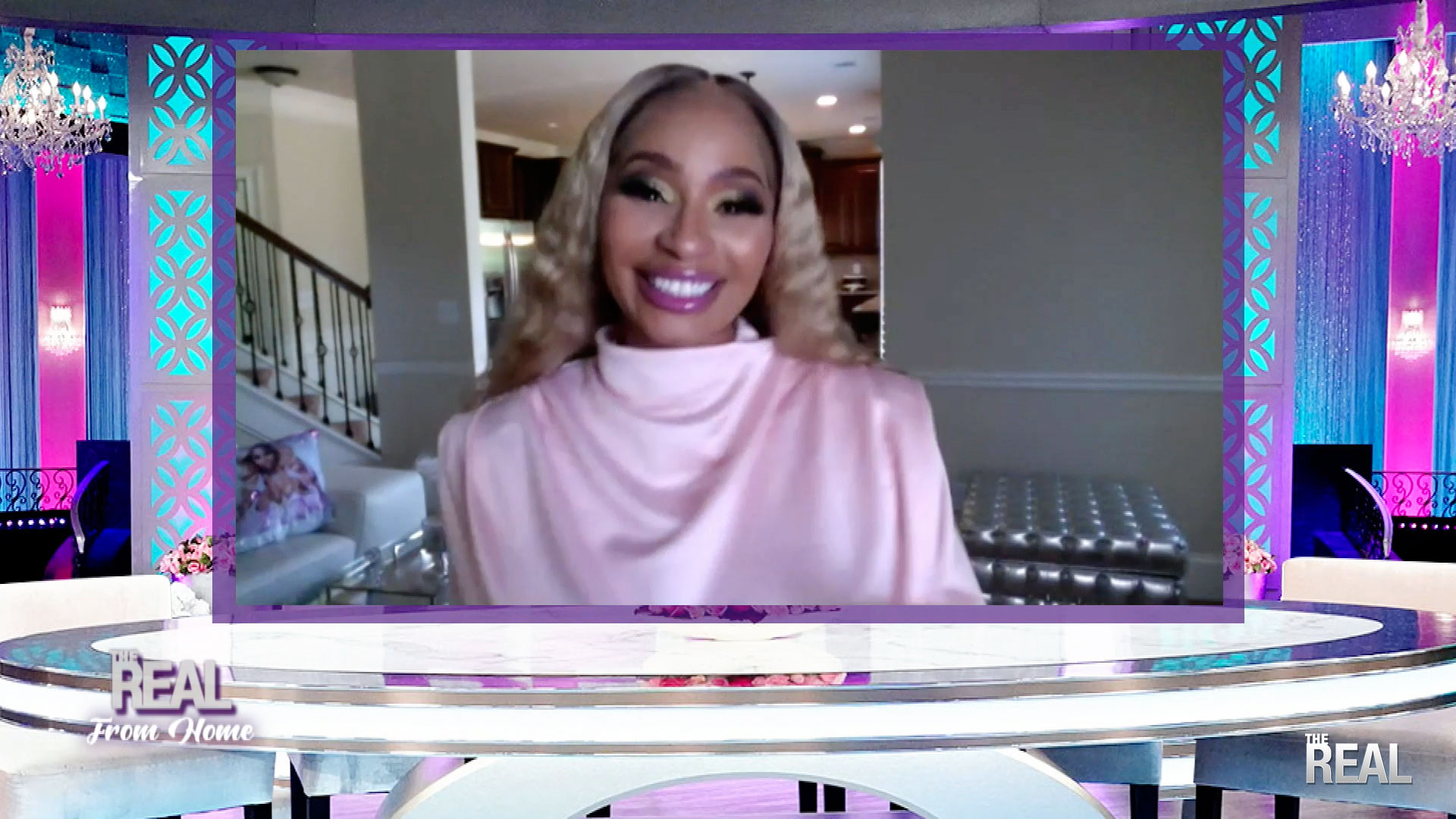 As Attendees And As Performers, When Will Everyone Feel Comfortable At Events Again?

Loni Love: What is sad about all these closures, it’s necessary but the economic impact that it’s going to have on all the cities, for example in New Orleans, the Essence Festival, you know, it has over a half a million people, that come during that weekend. That is money that will not be able to be recouped. That’s my fear. But mostly too, when you have the – until we get this – I keep repeating it – vaccine, we get this under, we get this flattened… but things are going to change. I don’t even think to be honest in 2021 we’ll be ready. I mean, I just don’t see it.

Jeannie Mai: I agree with you.

Loni: I don’t want to scare anybody! But –

Adrienne Houghton: And I don’t think in 2020 I would chance it.

Amanda Seales: And even as a performer, even as a performer, it’s like, you know, the idea of going back to theaters to watch movies and to go back to comedy clubs to perform etc. etc., like – I mean even if they did open them up, I don’t know that I would feel comfortable… not only ‘cause of myself, but also putting my audience in what I feel is a possibly detrimental situation.

Adrienne:  No, we missed Celine Dion! That was heartbreaking!

Amanda: But our heart will go on –

Adrienne: But our hearts will go on.